For many years Arsenal's Achilles heel has been their inability to beat the sides around them. Yet this season that has spread to teams in the top half.

So much so the Gunners have picked up fewer points (1) than already-relegated Sunderland (4) against the Premier League's top ten.

Arsène Wenger's side have lost at Chelsea, Tottenham Hotspur, Liverpool, Manchester City, Everton, West Bromwich Albion and Bournemouth. They have yet to travel to Southampton. Their only point has come at Old Trafford against a Manchester United side with more draws (13) than anyone else in the top flight.

When the Gunners won 2-0 at Manchester City in 2015 the victory was hailed as a tactical masterstroke from Wenger and, crucially, indication that the stubborn Frenchman had learnt his lesson. There was a time and a place for pragmatism and this was it.

Reflecting on the game at the time, BBC pundit Trevor Sinclair said: “…it seemed that Arsenal manager Arsène Wenger finally realised he cannot play his usual open style of attacking football when his team are away from home against the best teams in the Premier League.

“Instead, the Gunners were set up to defend and keep a clean sheet. Right from the start, there were times when all 11 of their players were defending deep in City's half.”

Yet that success – underlined by the fact the game is can be recalled so clearly as an isolated example of Wenger breaking away from his usual tactical set-up  – highlights the issue.

We have not seen the same pragmatism from Arsenal since and results against the top four – save for this season's win at home Chelsea – have continued to be poor.

After that game, a 3-0 victory for the Gunners, Blues boss Antonio Conte changed the shape of his side. He recognised the flaws and switched to the 3-4-2-1 system which has served his side so well this term.

That is the Italian's preferred formation, granted, but he arrived at Stamford Bridge happy to persevere with a back four as that was what the squad he had been left by José Mourinho was tailored to.

It is only in the last month that Wenger, facing the biggest crisis of his 21-year stint, has switched to a back three. In doing so the Gunners have lost just once and reached a third FA Cup final in four years by beating Manchester City at Wembley.

Wenger has the benefit of having been at the helm for more than two transfer windows yet has still failed to recruit players which enable the Gunners to play in any other way than their front foot, possession-heavy, intricate style.

Last summer offered some suggestion he recognised the issues. He signed Granit Xhaka from Borussia Mönchengladbach to offer some protection to the back four. But the Swiss midfielder has proven to be a liability in and out of possession and has shown more aggression than authority.

The capture of German World Cup winner Shkrodan Mustafi was another signing made with an eye on tightening up the Gunners' rearguard. The former Valencia centre-back has impressed, making 2.1 tackles and 2.6 interceptions per game, and formed a solid partnership with Laurent Koscielny alongside him. But that has not been enough.

For that reason we must look at other areas. There was universal condemnation of the fact Kieran Gibbs ended the first leg of Arsenal's last-16 Champions League tie at Bayern Munich with the captain's armband.

“When I see Gibbs with the captain's armband at the end of the game you're in big trouble,” Roy Keane said on ITV.

“If he's your captain or your leader, if he's the guy who's going to bring everyone together, you're in huge trouble.” 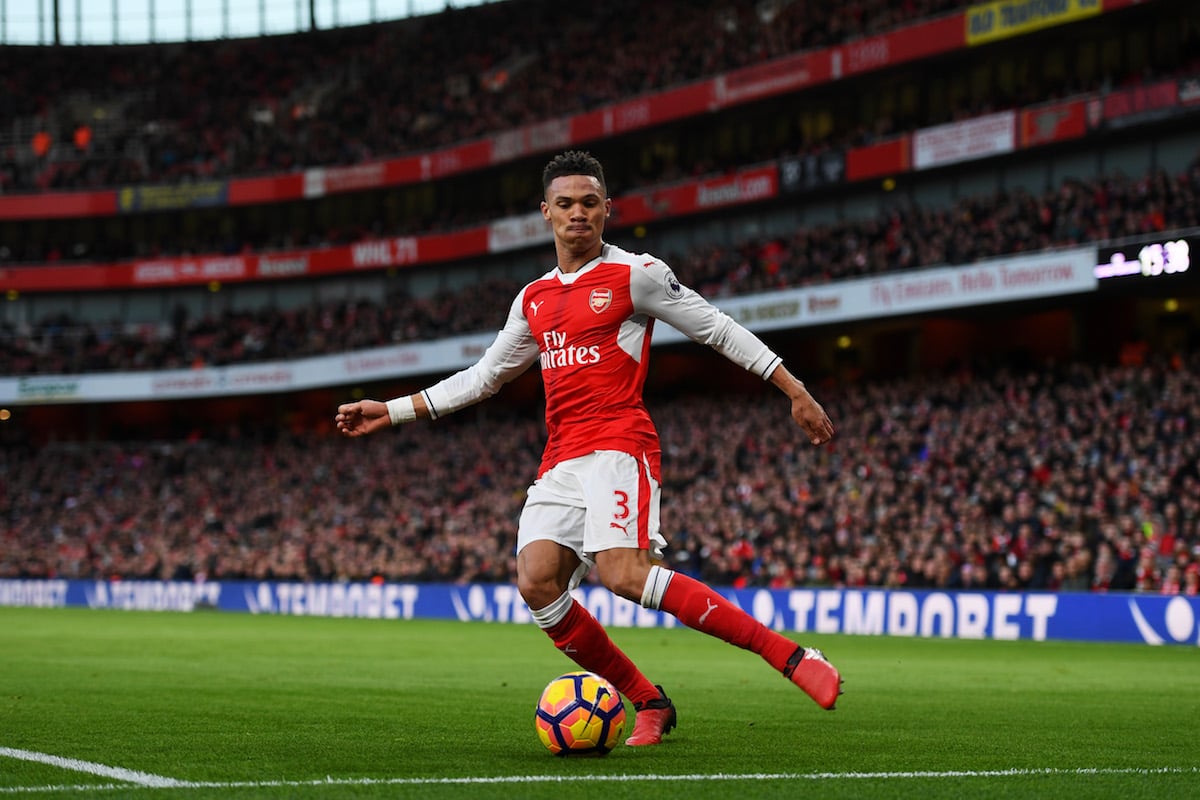 READ MORE: WHY THEO WALCOTT IS PERFECT FOR ARSENAL'S 3-4-3 FORMATION

It was nothing against Gibbs per se; more an observation about the chronic lack of leadership in Arsenal's ranks. Petr Cečh is a serial winner and an experienced player. But there is only so much the former Chelsea player can do from the confines of his own goal.

Alexis Sánchez shows more will to win than any member of the Arsenal squad. He is visibly hurt when things don't go well and leads by example. But, much like that win over Manchester City the fact it stands out is indicative of a wider malaise.

Perhaps this summer – assuming, as expected, Wenger signs a new contract – the focus should be on signing more players with the right personality traits. The most puzzling part is that the first great Arsenal side overseen by Wenger had leaders aplenty in Tony Adams, Martin Keown, Ray Parlour, Nigel Winterburn and co.

That team had a strong spine and even stronger characters. The same cannot be said of the current incarnation. Arguably, you could not even name a real spine to the Gunners' current side, save for Cečh and Sánchez.

So we're back to the tactical framework which Wenger uses. Everyone knows how the Gunners attack. Their a feted attacking play, when everyone is on song, is arguably the most incisive and scintillating in the Premier League.

But how do they defend? There is no particular plan. In the same way that Mourinho gets criticised for not having an attacking blueprint but knows how to set up a defence to be resilient, Wenger appears only to have one half of the game plan sewn up. 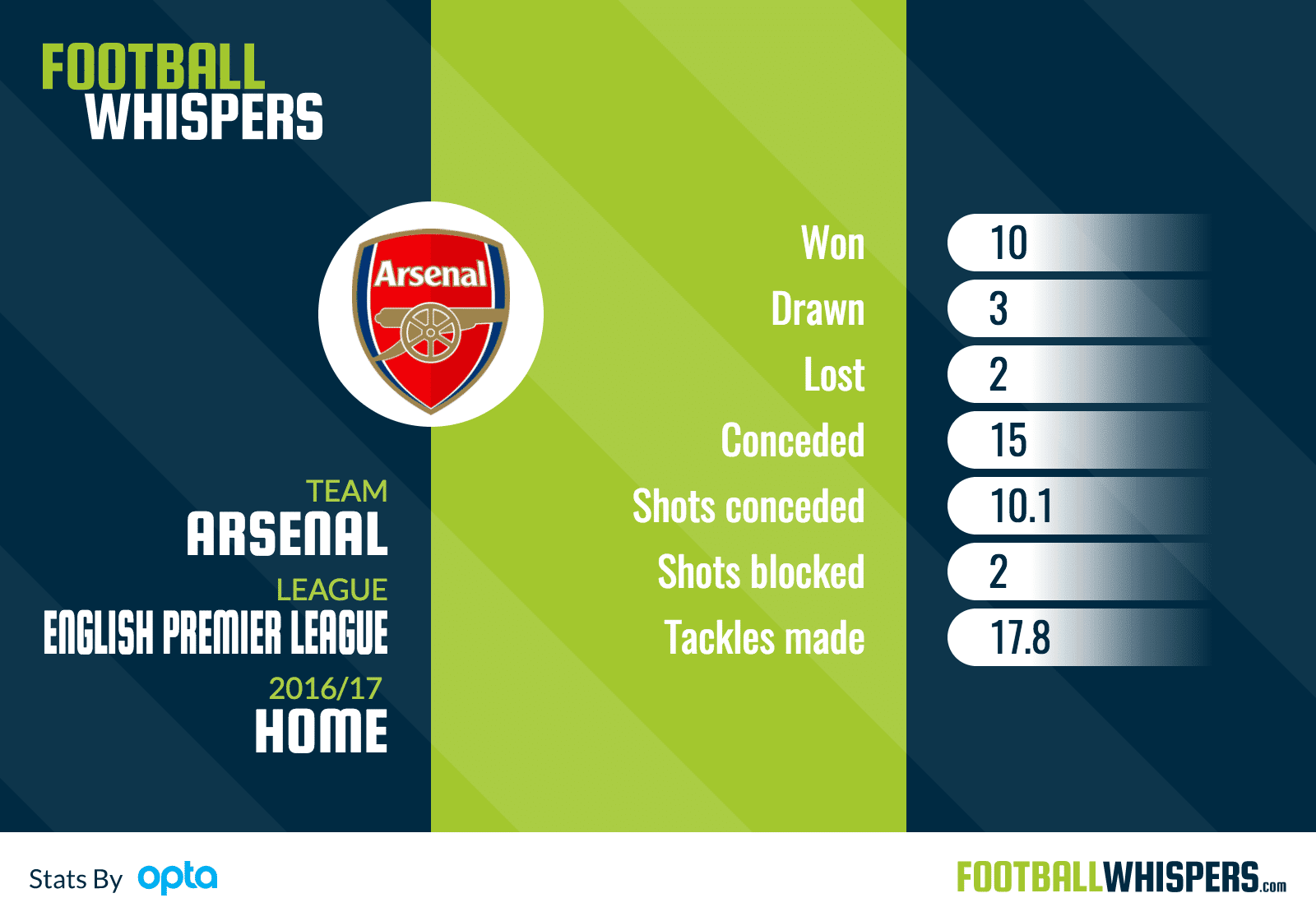 Away from home the Gunners concede 12.3 shots per game to 10.1 at the Emirates. Contrast that to probable title winners Chelsea, who concede just nine on the road and only 8.5 at home, and the Gunners' defensive frailties are highlighted further. 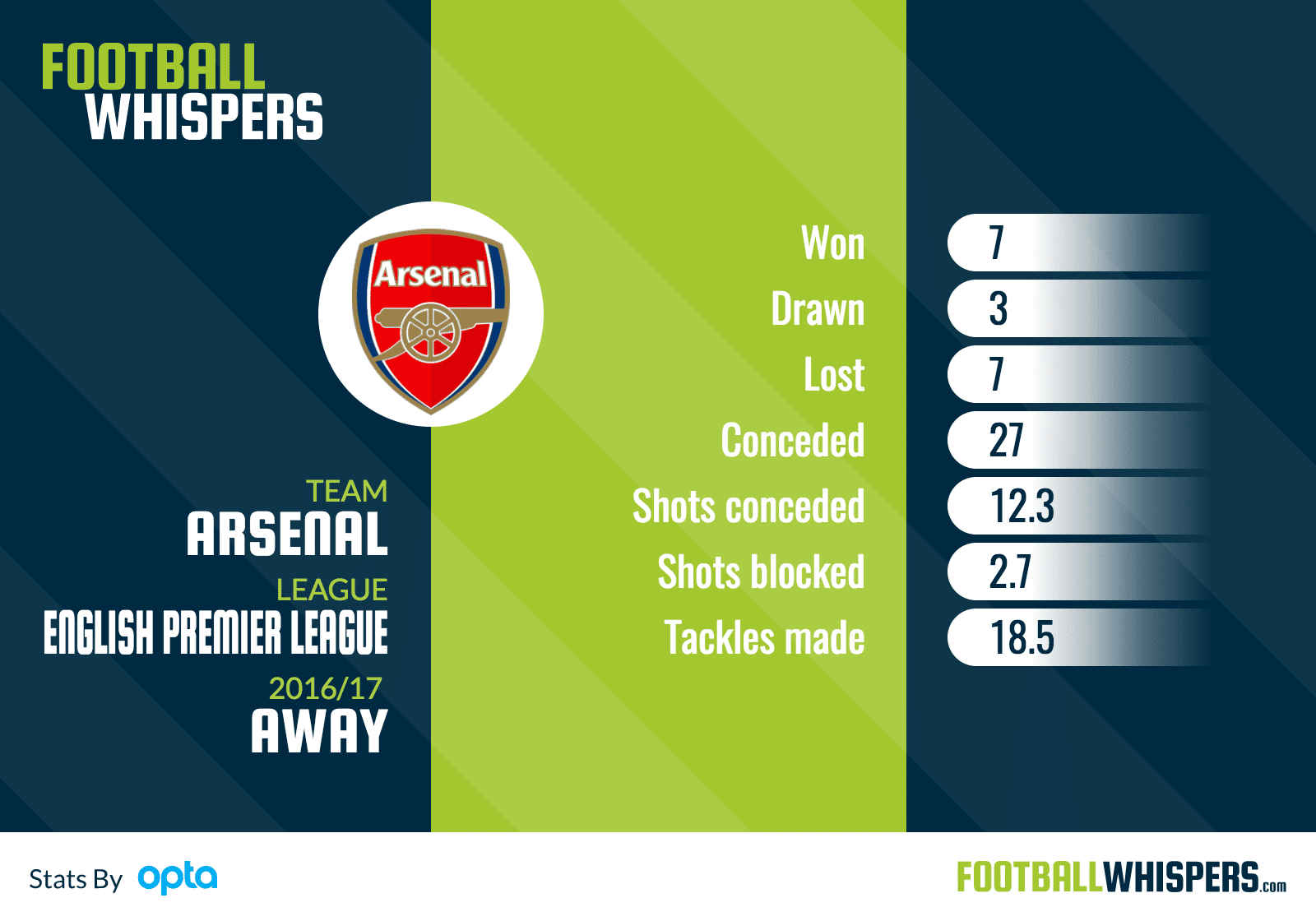 That only serves to reinforce the notion Arsenal do not do enough to protect their goal. They have conceded 42 goals in the league this season. Another two will make this the second-worst season in the Premier League era for the club.

In the last ten seasons the Gunners have conceded an average of 38.6 goals per season. In the ten seasons prior that figure was just 33.4. So this is nothing new.

Wenger admitted he tried to sign N'Golo Kanté from Leicester City last summer but lost out to Chelsea. The Blues will now win the league with Kanté, recently named PFA Player of the Year, screening their back four. The Frenchman is the sort of midfielder the Gunners need – especially away from home.

But we have heard it all before for different players and different positions. The Gunners are playing catch-up and the longer that goes on for the bigger the gap becomes.

Unfortunately, for Arsenal fans there is only one solution. Unfortunately for Wenger it's his departure.