To understand why Manchester City are in the market for full-backs when they have already spent a large amount on them, it’s useful to look back on how Pep Guardiola, and director of football Txiki Begiristain, operate in the transfer market regardless of the position in question.

Back in 2008 when Guardiola took charge of the Barcelona first team, his side contained one of the best players in the world and one of the most naturally gifted footballers of all time, Ronaldinho.

As good as his feet were, and imaginative as his football brain was, the rest of the Ronaldinho package didn’t fit what Guardiola wanted, and he was shown the door along with Portuguese midfielder Deco.

Begiristain was at Barcelona with Guardiola until 2010, and in that first window, they would make two of the best signings in the club’s history — Gerard Piqué and Dani Alves.

Fast forward to 2016 in Manchester, where Guardiola joined Begiristain who had been at City for four years already. Out went club legend Joe Hart, albeit only on loan at first. The new manager liked the Englishman but knew he wasn’t good enough at the football side of the game to give him what he needed at the back.

A £40million centre-back signed two seasons previously, Eliaquim Mangala, was shown the door for similar reasons. Guardiola brought in Claudio Bravo to replace Hart, but soon realised he could do better than the Chilean, and just a season after Bravo was brought in he was replaced by Ederson. 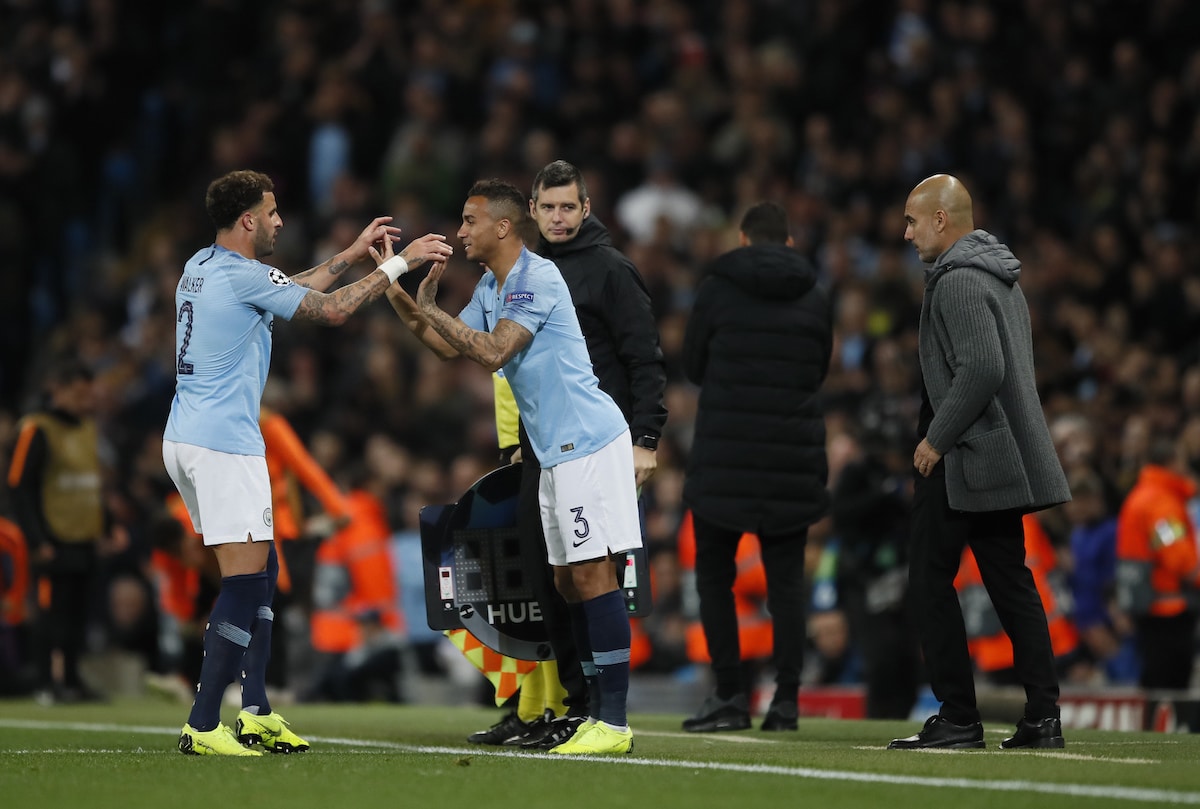 Five other new faces joined the Brazilian goalkeeper at City that season, three of them full-backs, and none of them cheap.

Danilo, Kyle Walker, and Benjamin Mendy were signed for a combined total of around £120million, with Bernardo Silva joining for a fee which has probably now risen to around £60million including add-ons, and Aymeric Laporte arriving for close to £60million.

Laporte and Bernardo have been two of the best players in the Premier League in their respective positions since joining, but a full-back Guardiola still isn’t entirely convinced he has the best.

He will be casting an eye at what’s going on at Liverpool and the way Jürgen Klopp is getting so much creativity from Trent Alexander-Arnold and Andy Robertson, who made 12 and 11 assists respectively in the league last season, and he’ll want some of that in his own team.

Even though the Catalan boss likes his full-backs to dip into midfield, this is also something the Liverpool pair can do. It's often the case that when one is attacking, the other will be providing an option inside.

Guardiola is never afraid to learn from his peers or his rivals, and the link with Juventus right-back João Cancelo shows he wants more attacking contributions from the position.

Last season City’s regular starter at right-back, Walker, made just one assist throughout the whole campaign.

The graphic below shows how much of an improvement the Portuguese would be, especially when it comes to creativity through both passing and adding to the attack with his dribbling ability. 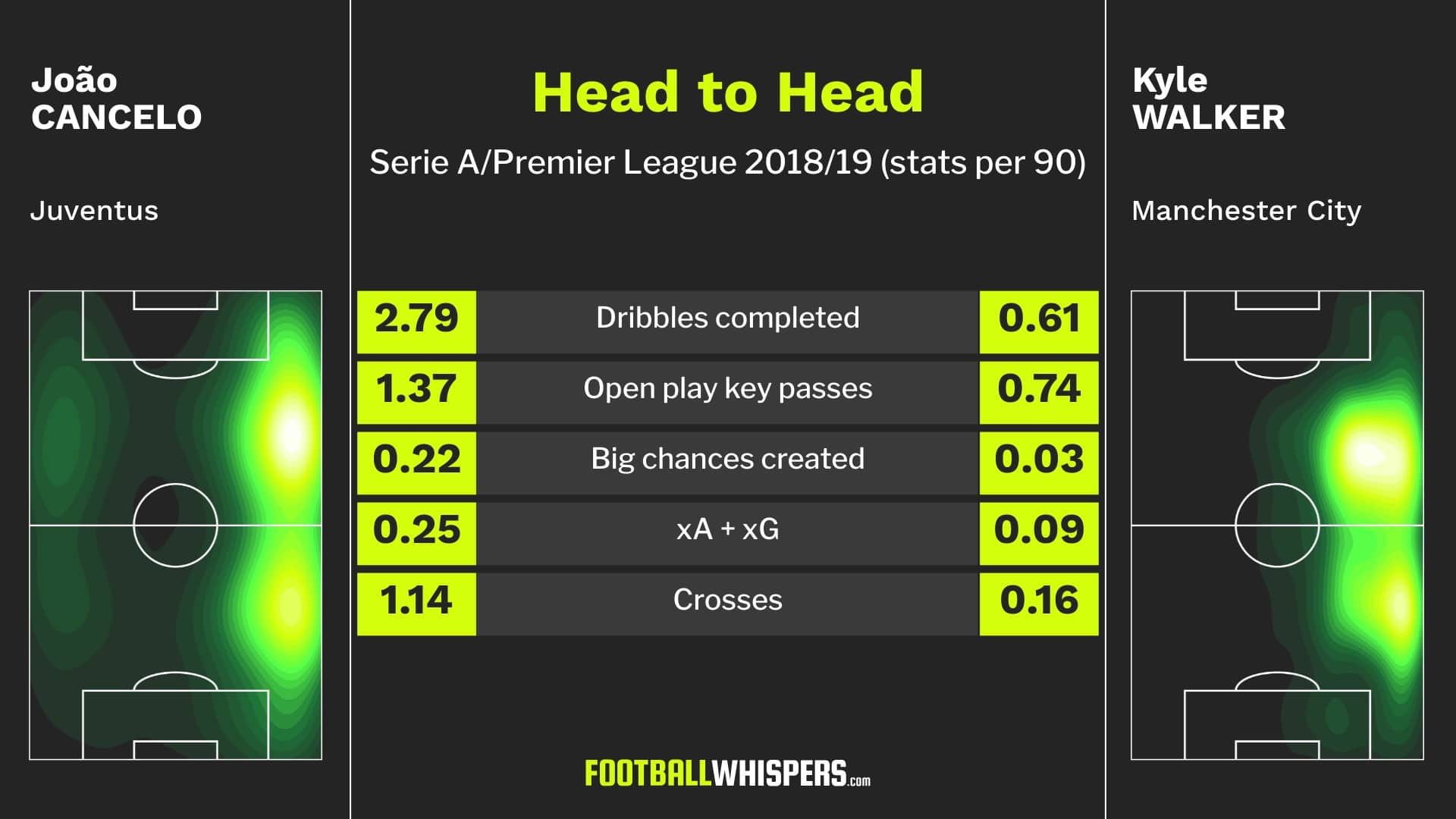 Guardiola also needs more depth at left back, but by now he’s probably thinking of replacing or at least upgrading on the inconsistent and injury prone Mendy who did, incidentally, manage five assists last season.

Despite the impressive re-training of Oleksandr Zinchenko as a left-back, and a brief spell using Fabian Delph in the position, it’s an obvious area of weakness where he would prefer Zinchenko as a versatile option rather than the first choice.

There’s a possibility that they could opt for Mendy’s namesake Ferland (no relation), who was part of the impressive Lyon side which won at the Etihad early in the 2018/19 season. They were one of only two teams to win there during the previous campaign. 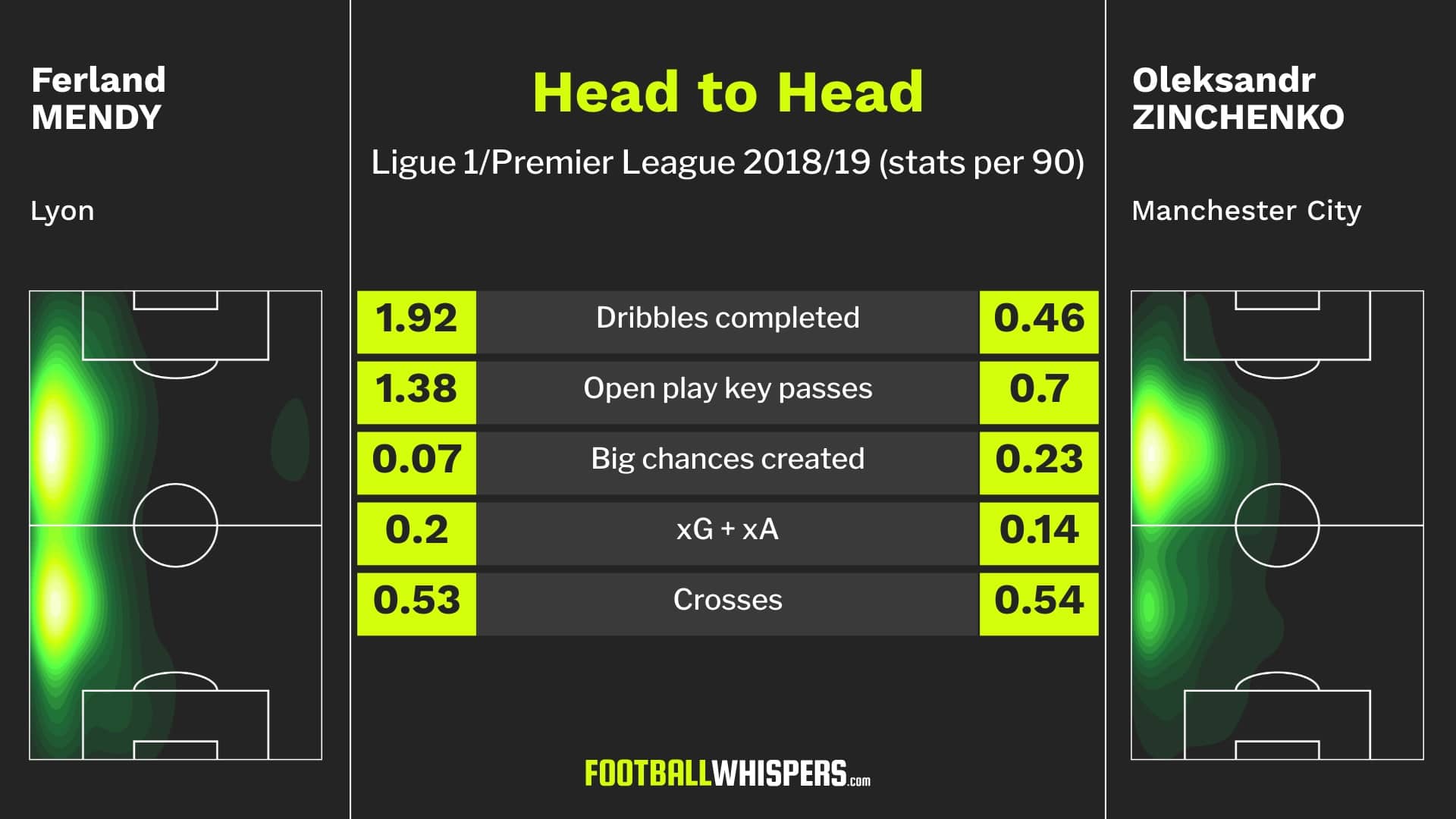 Guardiola likes full-backs, and at his two previous clubs he has coached players who became the world’s best in the position. Alves, Philipp Lahm, and David Alaba, plus Eric Abidal who won’t be looked back on as a typical Guardiola full-back but was a vital part of that Barcelona side on the left.

But at Manchester City he doesn’t have a player of such distinction, though that could soon change if Cancelo arrives. The potential is there for him to be one of the best around in the position, and at City he has a coach who’ll help him reach that potential.

So while it might initially be a surprise to see Manchester City linked with full backs ahead of the summer transfer window, when it comes to acquiring playing staff which fit their needs and discarding those who don’t, there are few clubs more ruthless than City, and few managers are more specific about what they want from a player than Guardiola.

They have the resources to correct any mistakes made in the transfer market, and to make that one per cent upgrade from a great player to a world class player. And despite their domestic dominance this year, City will want to improve in order to achieve the continental success craved by those in charge at the club. Added productivity at full-back could make the difference.