The 2016/17 campaign was not a vintage one for Manchester United forward Anthony Martial, and the Frenchman will have spent the summer window wondering whether his future lay at Old Trafford.

José Mourinho's high-profile pursuit of Inter Milan winger Ivan Perišić had not only put Martial's position under threat but could have seen the 21-year-old move to the San Siro as part of the deal.

But his game-winning goal against Tottenham Hotspur last weekend was his sixth all-competitions strike of the season so far, while his form alternating with Marcus Rashford on the left flank has seen him make several vital contributions for the Red Devils of late, showing him deserves to be considered a key player with the 20-time champions.

After a breakout campaign in his first season with United, in which he finished as the club’s top scorer with 17 goals, Martial struggled to rediscover his best form in 2016/17 and was been omitted from Mourinho’s line-up with alarming regularity.

But his performances against Wigan Athletic, Watford and Saint-Étienne last season served as a reminder of what Martial can do at his best, and when he’s anywhere near peak form, he has to start for United.

As far as perfect debuts go, Martial pretty much nailed it when he introduced himself to the Premier League on September 12, 2015.

A deadline day signing for United, eyebrows were raised when the Red Devils splashed an initial £36million – with the deal potentially stretching to as much as £58million if conditional bonuses are triggered – for a teenager from Monaco who most fans hadn’t heard of. 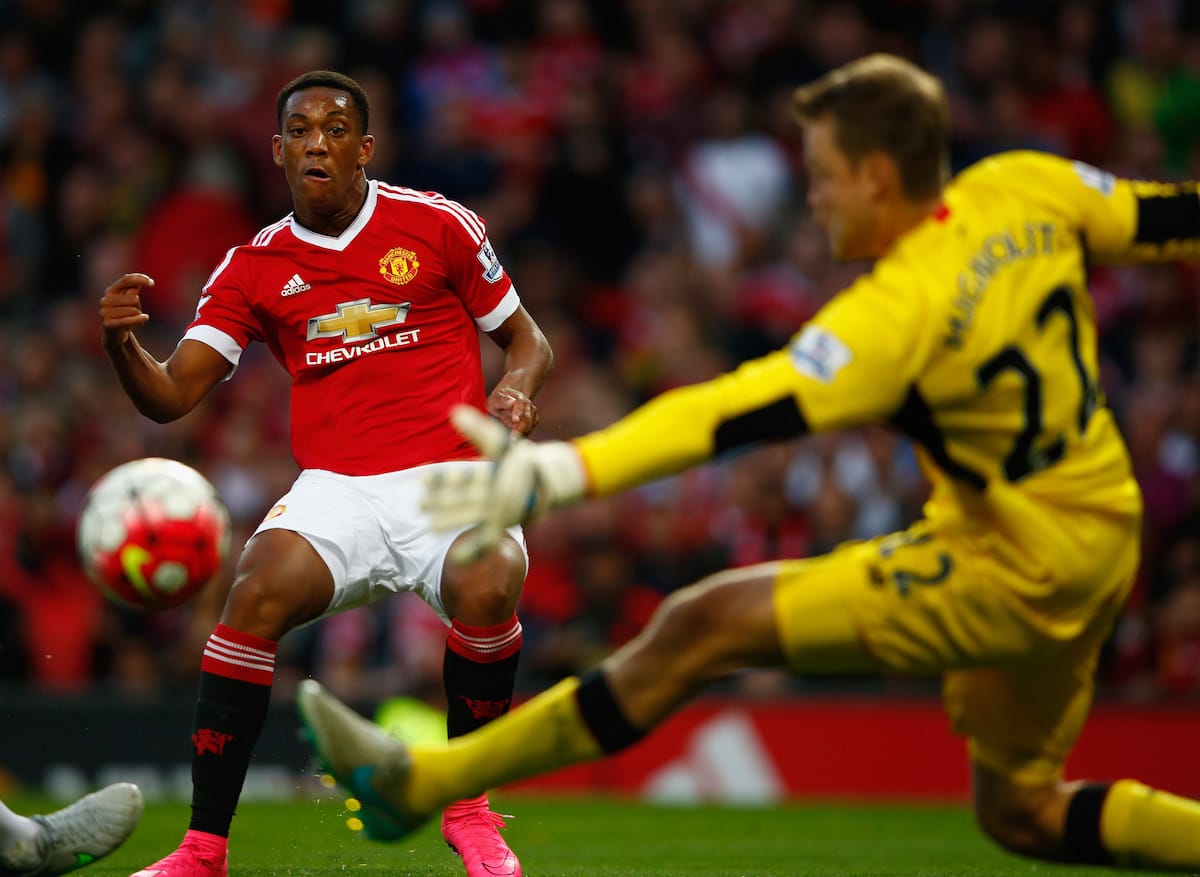 But almost as soon as he stepped out onto the Old Trafford pitch, as a 65th-minute substitute in place of Juan Mata against bitter rivals Liverpool, the young Frenchman looked the part.

Exuding a swaggering confidence, Martial showed a refreshing willingness to get on the ball and run at the opposition.

And that’s exactly how he scored his stunning maiden goal for his new club, cutting in from the left wing, bamboozling Martin Škrtel and finishing coolly beyond Simon Mignolet.

It was a stunning goal and set the tone for what was to be an exhilarating debut season for the then-teenage sensation; that £36million fee was already beginning to look like a bargain.

As the 2016/17 campaign began, Martial appeared a shadow of the devastating forward who struck fear into full-backs just three months earlier.

With rumours suggesting that the youngster was enduring a difficult time in his personal life, his on-field displays, though still sprinkled with the odd moment of brilliance, reflected the fact that perhaps his mind was elsewhere.

With his place in the starting XI no longer assured, the January transfer window brought rumours of a possible loan switch to Sevilla. It was speculated that the player had grown frustrated with the lack of game time he was being afforded.

After being left on the bench for the entirety of United's goalless draw with Hull City at Old Trafford in February and 3-0 win over champions Leicester City, and despite having put in a solid display in the FA Cup against Wigan, there were murmurings that Martial would be seeking a move away from Old Trafford in the summer.

Those appeared to solidify with reports he was an Inter transfer target. However, news of Perišić's new deal with the Nerazzurri meant Martial was definitely not leaving Old Trafford in the summer – and that was only good news for United.

Why Martial is still crucial for Manchester United

Faced with a similar predicament to that which Luke Shaw suffered towards the end of last season – and Henrikh Mkhitaryan’s bizarre exclusion earlier in the campaign – Martial could be forgiven for feeling baffled by his treatment.

Granted, he didn't fire on all cylinders last term. But there were several players within the United squad who performed much worse yet still manage to figure strongly in Mourinho’s reckoning.

Martial needs to be restored to his rightful position as United’s first-choice option on the left flank, as he possesses a skill set unique within the Red Devils’ squad.

The 15-cap France international has a more well-rounded base of attributes than his positional rivals, Marcus Rashford and Jesse Lingard.

And while Mkhitaryan can and has played on the left for United, a selection which incorporates the Armenian as well as Martial would give Mourinho the most balance and versatility in attack. 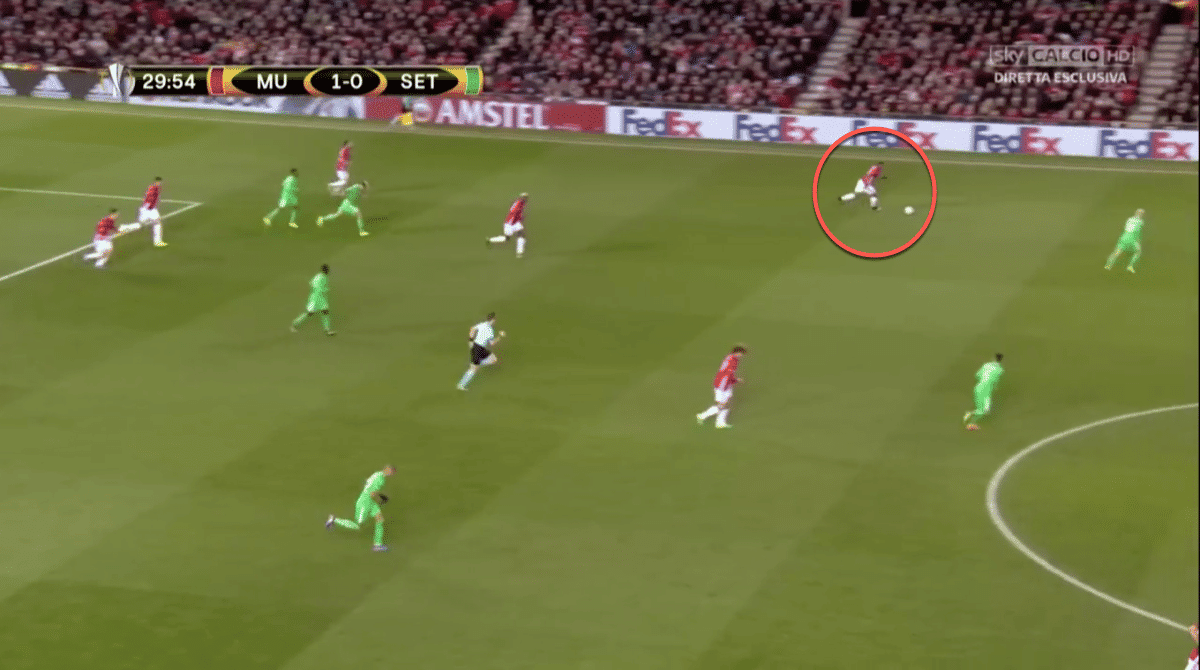 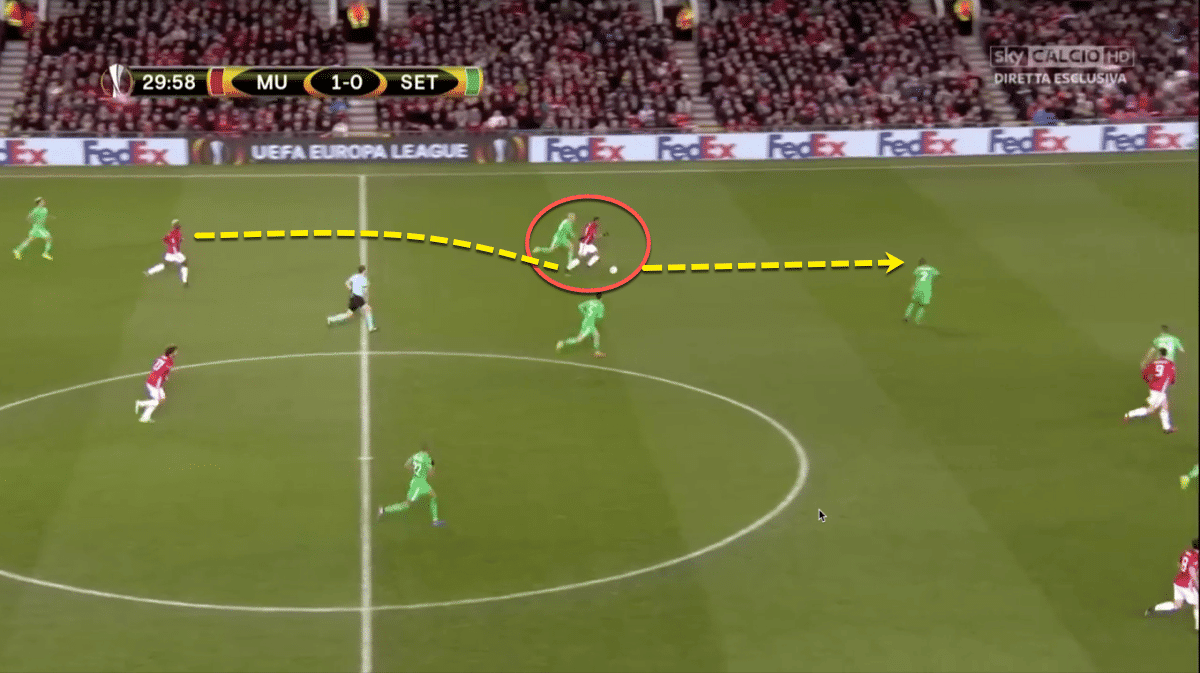 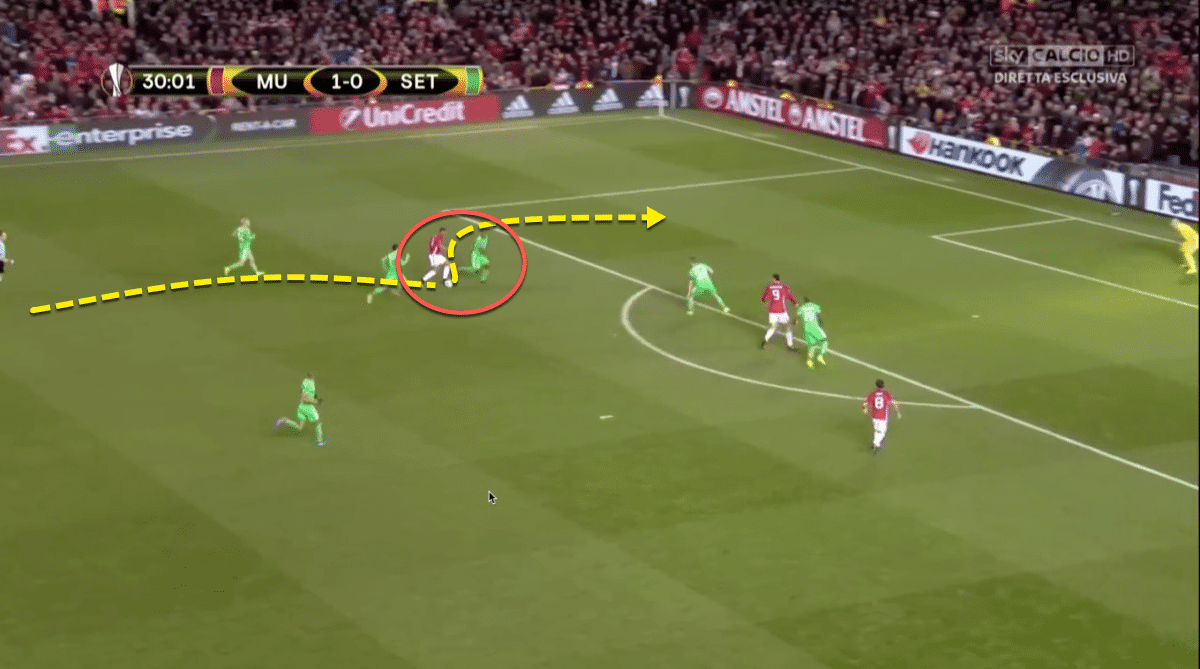 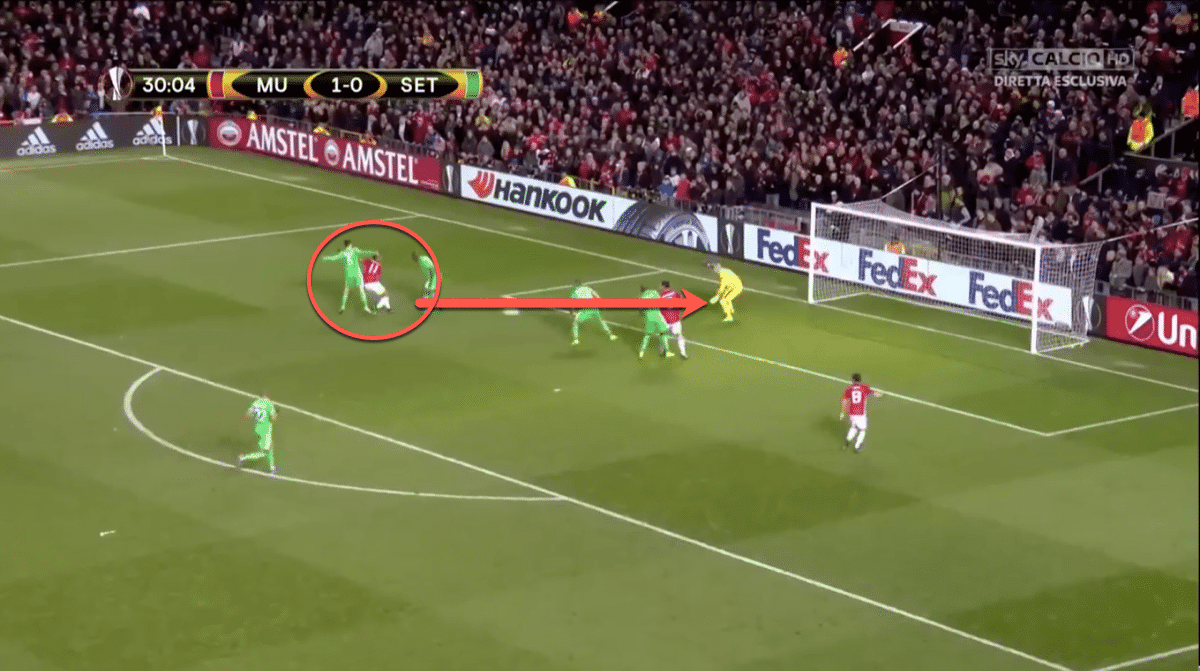 In the above sequence, taken from United's Europa League victory over Saint-Étienne, we see Martial's ability to create a scoring opportunity out of nothing.

Receiving the ball deep inside his own half, he dribbles beyond two players before getting a shot on target from ten yards out.

Despite a stop-start campaign, Martial still managed to bag an impressive eight goals and six assists in 2,448 minutes of game time. That means he was directly involved in a goal every 174.8 minutes despite being far from regular.

This shows that, although his playing opportunities have come in fits and starts, Martial is able to deliver the goods on a reasonably consistent and efficient basis. 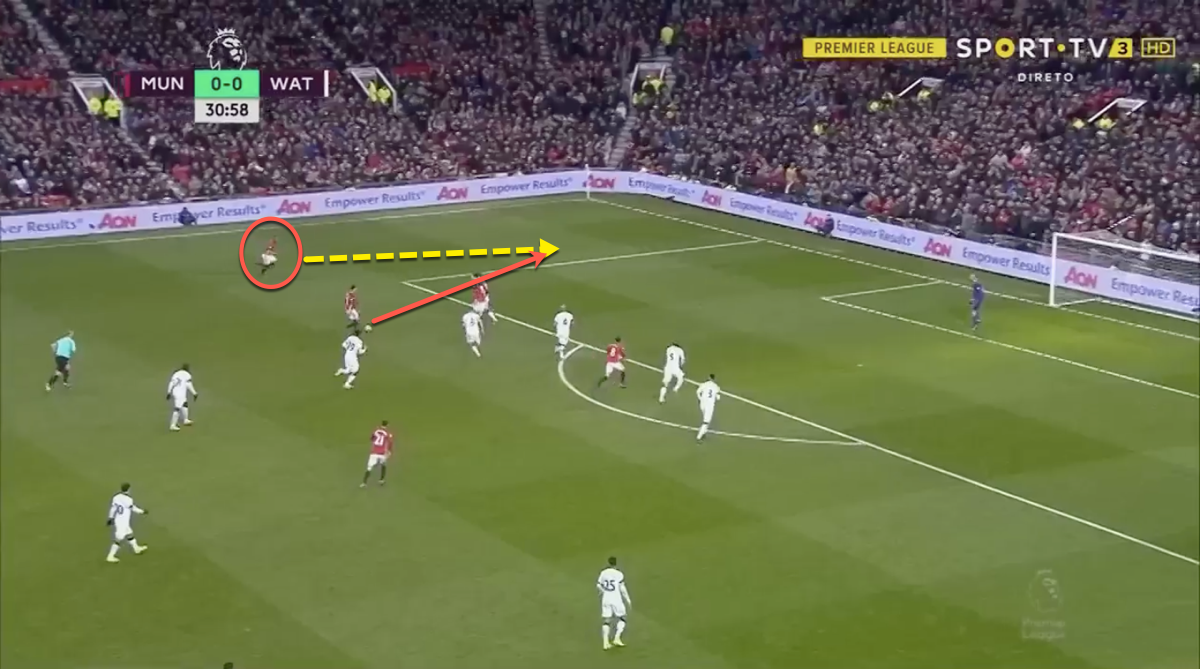 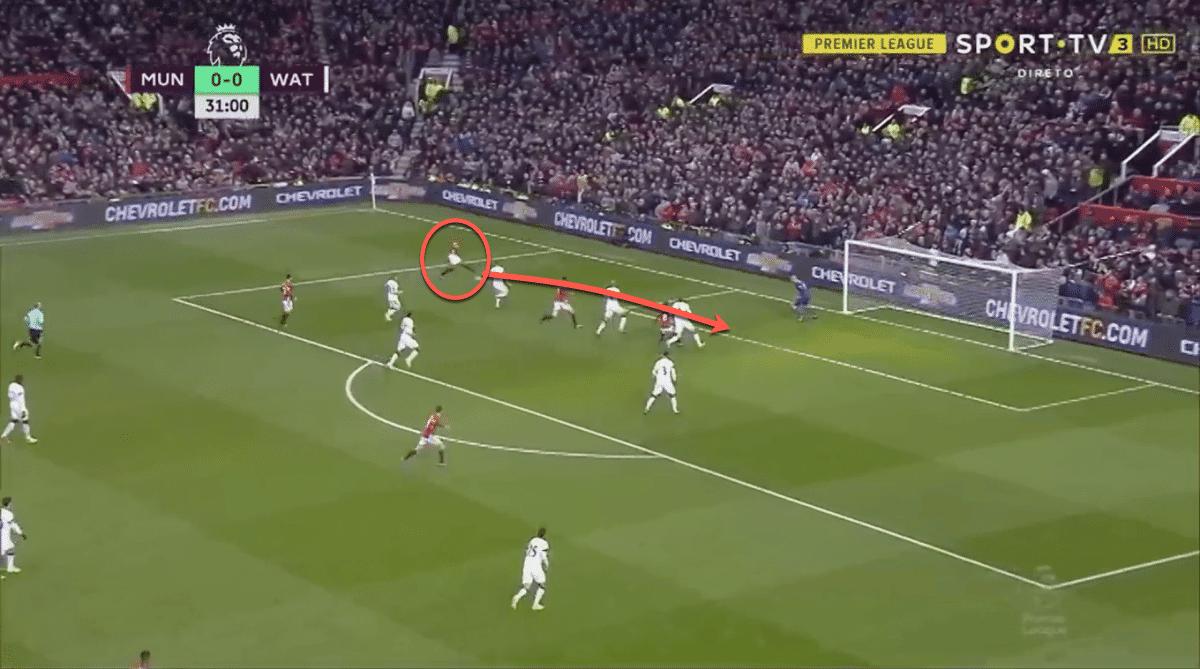 Here we see Martial turn provider, linking with Mkhitaryan to create a goal for Mata against Watford.

With his combination of pace, dribbling ability and goal threat, the former Lyon academy standout represents a far more difficult proposition for opposing full-backs to deal with than almost anyone else at Mourinho’s disposal.

His average of 2.5 successful take-ons per 90 minutes could not be bettered by anyone, with only £89.3million man Paul Pogba matching that figure.

And what United gain by playing Martial on the left is a winger with the instincts of a centre-forward. Having spent a significant portion of his career as a striker, Martial is not only able to dribble beyond his marker and look to pick out a team-mate, he is also adept and making penetrative runs from wide areas into central zones. 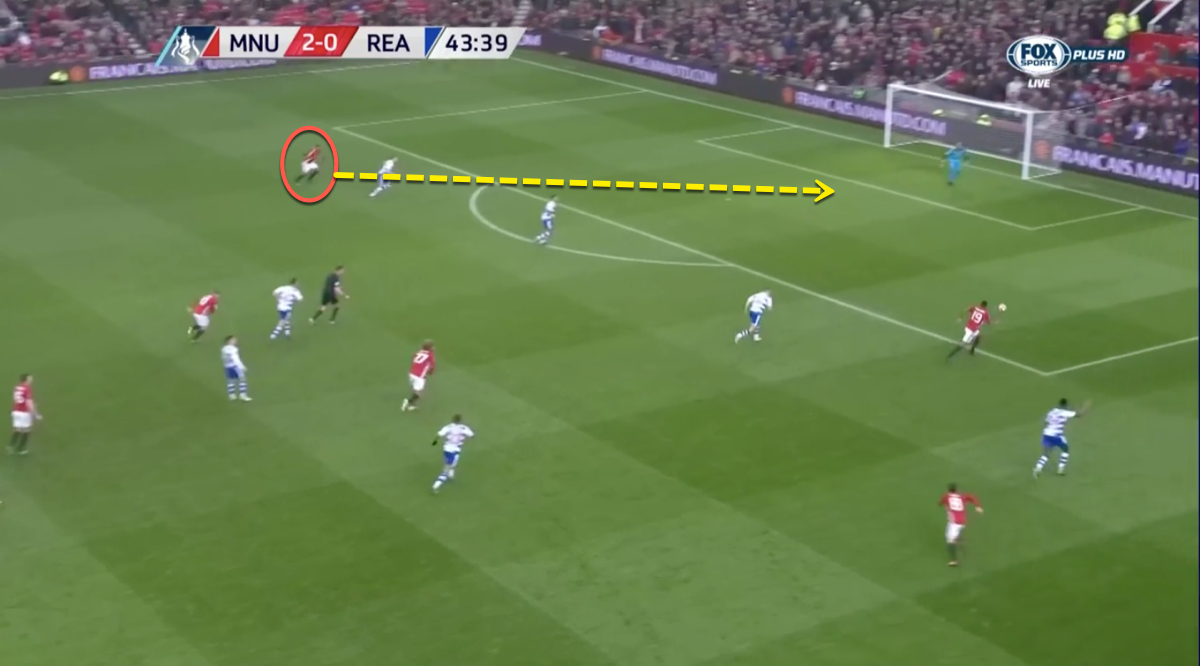 Above, Martial breaks from wide into a central zone, sniffing out a scoring chance.

This opens up passing opportunities for the likes of Pogba, Mata, Mkhitaryan and even Zlatan Ibrahimović, who likes to drop off the forward line to link play in deeper areas.

Indeed, having Martial acting more as an inside forward than a winger works perfectly in tandem with Ibrahimović's desire to drop deep. The space that the Swede vacates when coming away from the forward line can then be exploited by the Frenchman.

And when he takes up these central positions, he is almost eerily cool, dispatching chances with superb technique.

Much like former Arsenal star Thierry Henry, whom Martial was often compared to while breaking through with Monaco, the United forward favours a side-footed finish across the goalkeeper, opening up his body to pick out the far corner – just as he did in his debut against Liverpool. 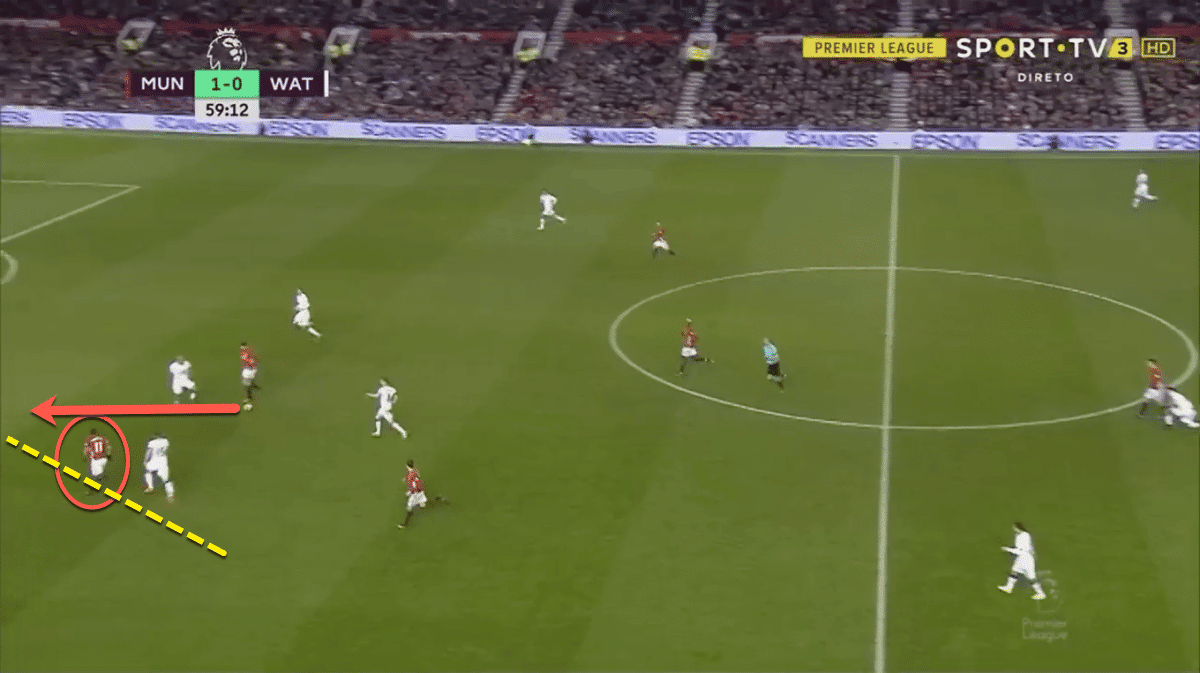 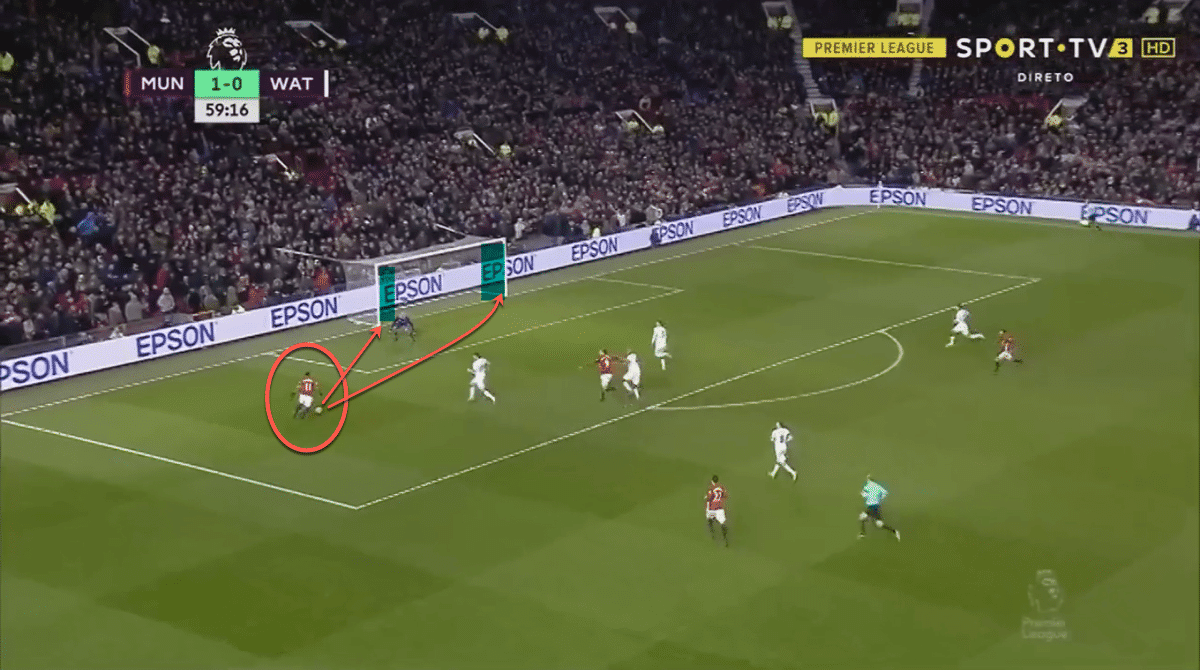 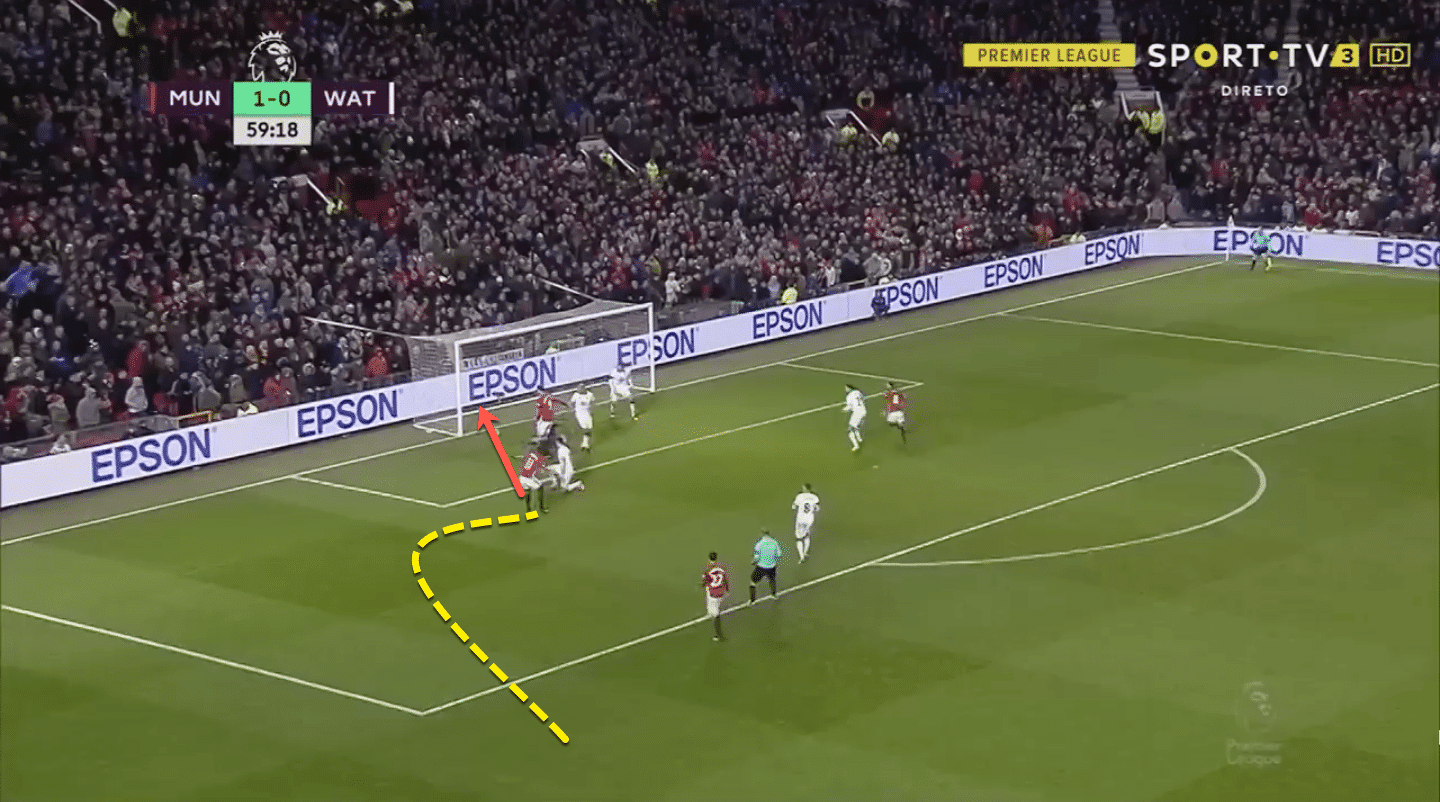 This sequence shows Martial's composure in front of goal against Watford. After breaking into the penalty area, the Frenchman recognises that Heurelho Gomes has taken up a good position, meaning an incredibly precise strike would be required to score. Instead of attempting a low-percentage shot, Martial calmly moves inside, opening up a simple near-post finish.

There is no doubt that Martial has the potential to develop into one of the very best players in the world.

And although his short-term progress may have hit a snag last season, United need to treasure the young man they paid so much money to acquire.

Mourinho’s primary long-term target as United manger is to get the 20-time champions back to their dominant best. And while the Red Devils have started well without Martial starting regularly, they would have an even better chance of a title push with the Frenchman in the team.