When it comes to young players, it must be remembered that patience is a virtue and the best things in life are worth waiting for. For Anthony Martial and Manchester United, patience has been needed this season and now that the striker has been linked with a loan move to Sevilla, maybe that trait is running low on both sides.

Despite the understanding that the Spanish club’s director of football, Monchi, contacting the player’s agent to sound out the possibility of a move, it is believed that United have no interest in releasing the player on loan.

The France international wants to play more regular football and he has cut a frustrated figure under Jose Mourinho, but, like Didier Deschamps, his current boss believes the 21-year-old could apply himself better at Old Trafford.

“I think Anthony is very very young, people forget, and last season Manchester United played completely differently to how we do today,” Jose told French TV station SFR Sport. “He was basically playing up front, the team had lots of passive ball possession, just waiting to put it into space for Anthony to go and score a goal.”

“This season is more difficult, he needs a little bit of time to improve.”

Mourinho then used the example of summer signing Henrikh Mkhitaryan as someone Martial could look to as an inspiration. The timing was perfect after the Armenian scored a stunning scorpion kick volley in the Boxing Day win over Sunderland.

“He worked a lot without playing, but he worked a lot to try and reach the level. By surprise, he played a couple of matches when nobody was expecting, and he was named man of the match. He was phenomenal and people realised that the time we spent outside was a good time for him to improve him as a player.”

The former Chelsea and Real Madrid boss is obviously trying to prod Martial with the same stick in hoping that the Frenchman will use his time off the pitch to learn and develop, ready to come back in and provide the team with another level of quality. 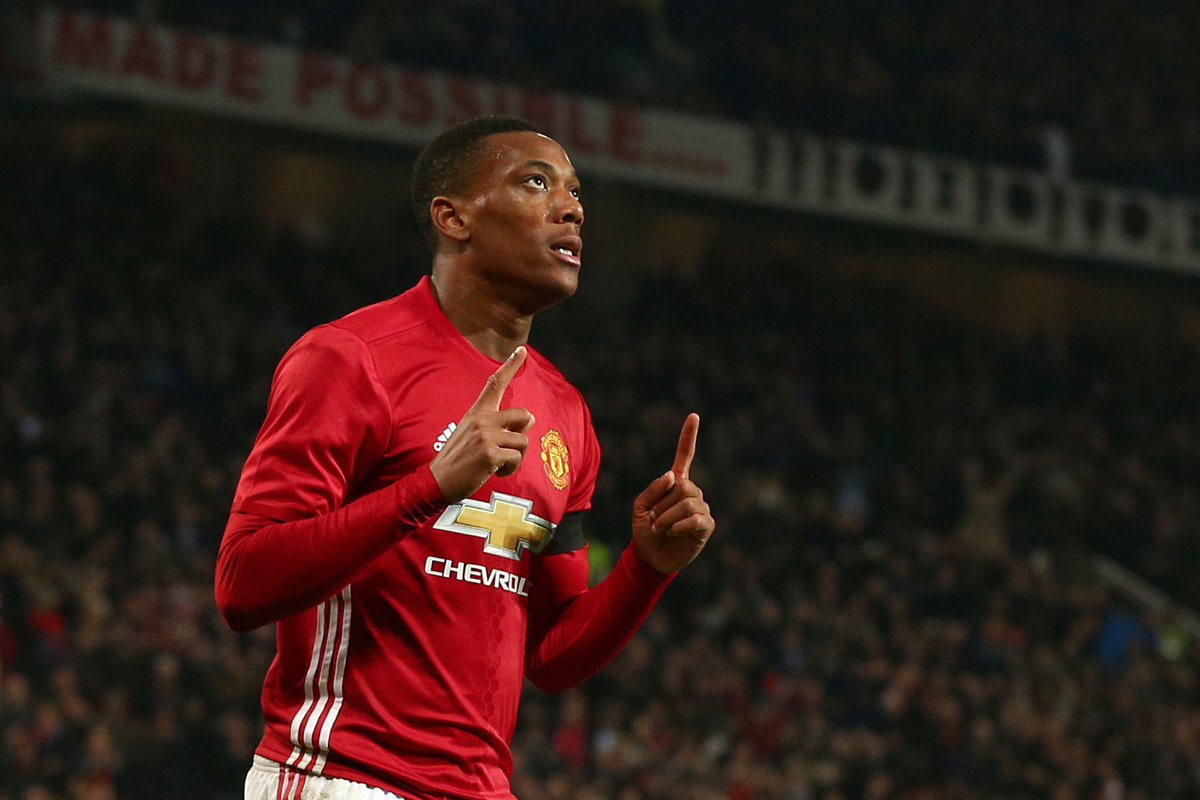 As Mourinho admitted though, the forward is still very young, with Mkhitaryan six years his elder, that added maturity and experience on playing in the first-team gives the former Dortmund midfielder a much broader perspective in accepting the challenge laid down by his boss.

Martial just wants to play football, and perhaps, rather than letting him sulk on the bench, the best move for everyone would be to let him play first-team football out on loan and grow through playing. It would be another chapter in what has already been three years of complete contrast for the youngster.

Back in 2014/15, he was still considered an understudy, playing behind Dimitar Berbatov in AS Monaco’s attack. He started 19 of the 35 games he played, some on the wing, then others as a centre-forward. He ended his only full season in Ligue 1 scoring eight goals in 12 games. That’s what convinced United to move for him on the final day of the 2015 summer transfer window.

The majority of those goals came as Martial lead the attack, so when he arrived at Old Trafford, he had to adapt and contribute from the wings. It worked and he couldn’t have asked for a better start. A goal on his debut against Liverpool was followed up by another two strikes and then an assist against Sunderland. He would finish his first Premier League campaign with 11 goals and four assists.

Statistically, he’s been on an interesting curve. His numbers at United massively jumped up from his time in Ligue 1, going from 1.5 shots per game to 1.8 and 0.3 key passes to 1.2 and the change in position saw him attempting 2.7 dribbles per game, up from 1.4 at Monaco.

However, this season, you can see the drop. His shots have dropped to 1.4, key passes to 0.9 and his dribbling down massively to 0.6 per game. That’s really poor from someone who is asked to play wide.

United fans may look at the fact he is being dispossessed less, just 1.4 per game, as a positive, but it’s not. He was up at 3.1 last season, however, that is an indication of the player that is trying to make things happen. Looking to commit defenders and spark something in the final third. That’s just not happening under Mourinho.

Despite his original €50 million fee, a lot of the attention was taken away from Martial due to the emergence of Marcus Rashford. The bright young English talent grabbing the headlines and the imagination of the home fans.

Martial’s problems began in the summer. After being touted as one of the bright hopes for France at the European Championships, he failed to make an impression and was jeered off the pitch as Les Bleus were struggling to break down a stubborn Albania side in Marseille.

After seven starts and four appearances off the bench this term, Martial has just one goal and three assists – two of which came on the opening day against Bournemouth. He now threatens to fall into the same trap as Memphis Depay.

The Dutchman has disappointed since his high-profile arrival from PSV Eindhoven and could be set to leave Old Trafford permanently, it would be a disaster if Martial was to go in the same direction. 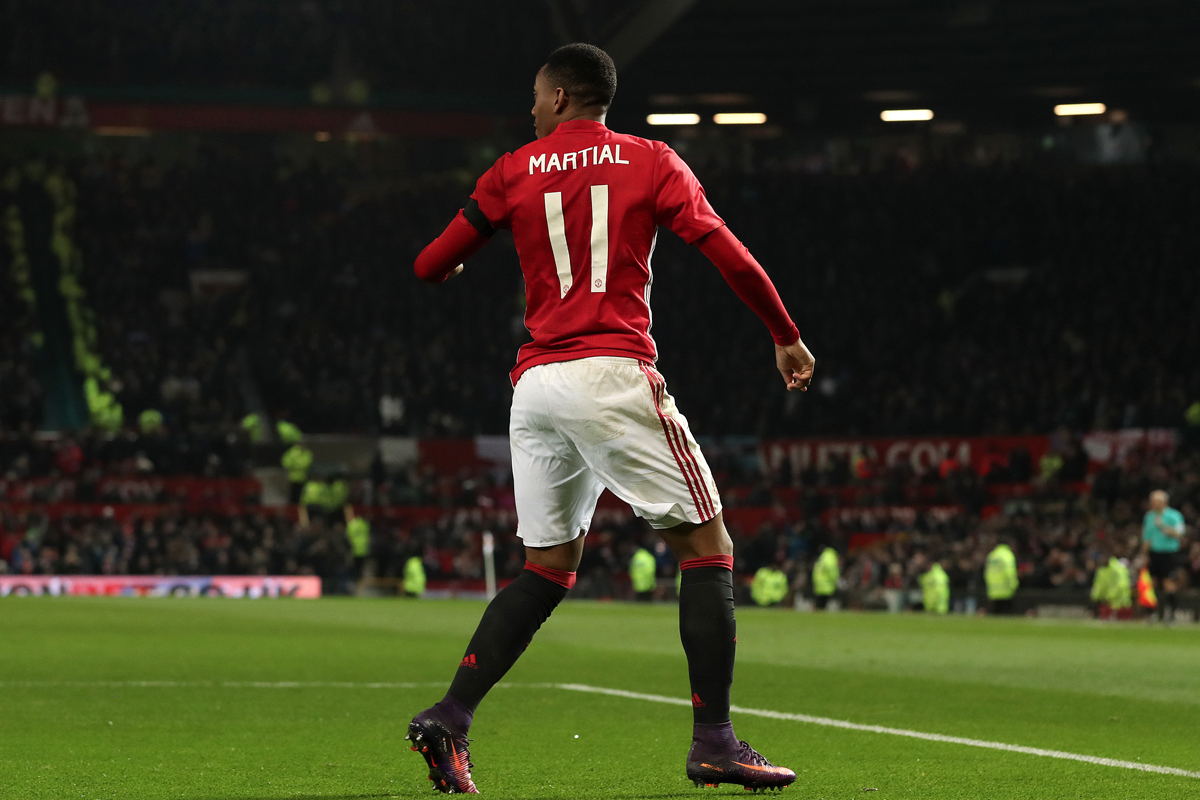 A loan move at this stage could benefit everyone. You get a striker playing important minutes for a very good team in a competitive league and you look to get him back in the summer to work on the tactical side again.

Martial is contracted until 2019, so there is no fear of him looking to play the long game and leave for free just yet, but you want to get him in a position where he is confident and able to play in the attack by next season.

Zlatan Ibrahimović is set to extend his stay in Manchester by another 12 months, which means United will be looking for a centre-forward in 2018. Rather than spending another £50 million on a new signing, do everything you can to develop Martial as his successor. That would involve the Frenchman signing a new deal before that summer, which means you need to find him minutes over the next 18 months.

Sevilla are third in La Liga and Jorge Sampaoli plays two up front. Martial would be confident of playing ahead of both Luciano Vietto and Wissam Ben Yedder and after the departure of Kevin Gameiro last summer, there is space for a striker in that squad. That duo has 11 goals between them in 21 combined starts. From the Spanish point of view, Martial joining them until the end of the season would be ideal.

It is also a move that could save United another €10 million on the Martial deal. He has 21 goals in all competitions and scoring four more would trigger the first of his three clauses. That could easily happen before the end of the season with a couple of cup performances. If Mourinho was to decide that Martial wasn’t right for him and the future of the club, it would be bad business to spend more on the player.

Loaning him out would stop that clause from triggering until next season, when you would think that all parties would know where they stood and have a clearer picture of what the future held.