The 2019/20 National League season is shaping up to be one of the most open to date, with no runaway leader at the halfway stage and a large proportion of the division still in with a chance of making the play-offs.

Even the relegation battle looks far from a foregone conclusion – no team has yet been cut adrift at the bottom of the pile, and some of the league’s biggest clubs look set for a scrap for survival in 2020.

But if we can draw our attention away from the excitement at both ends of the table, which individual players have really set the pulses racing in the first half of the season?

From established stars to breakout talent, we’ve analysed the opening months of the campaign to bring you Football Whispers’ National League team of 2019…

Good day at the office yesterday for us. Grateful for the MOTM and delighted with 3 points as we deserved it. Pleased to see the outcome of hard graft for @CraigTanner27 come good! ?? #shots #aldershot #aldershottown ????? pic.twitter.com/M4kv1Yufqf

Goalkeepers at clubs lower down the table often stand out because they’re kept so busy each week, and that may well explain why Mitch Walker has been catching the eye this season.

The Aldershot Town custodian has put in a string of excellent performances – not least his sublime displays against Barrow and Stockport County in the final two months of the year. The Shots have struggled this season but they could be far worse off without the former Dover Athletic keeper between the sticks. 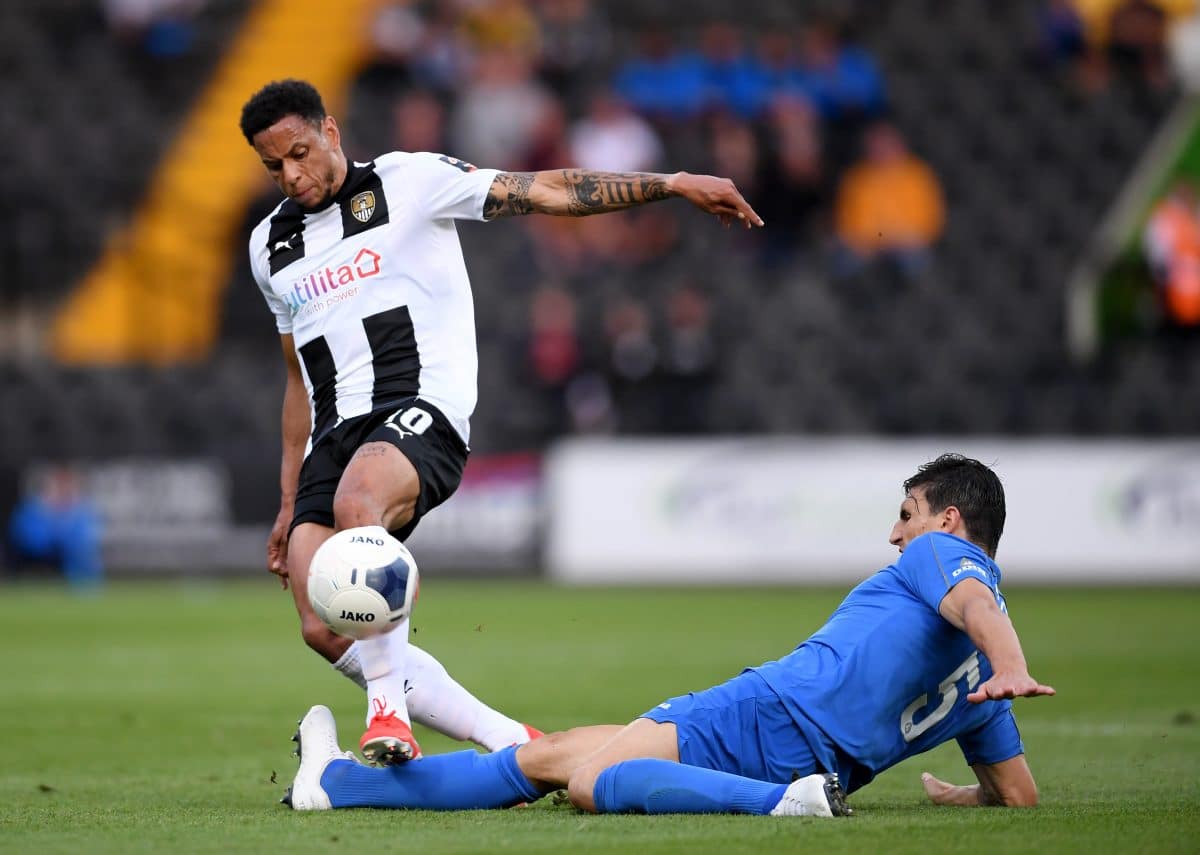 Ben Gerring was absolutely instrumental in Woking’s stunning start to 2019/20, after winning promotion from the National League South. The reliable centre-back’s consistent form has helped keep the Cards in the play-off hunt – something few pundits predicted before the campaign kicked off in August.

Stockport County have been another of the division’s surprise packages, having also just gained promotion to the fifth tier. Their form has been somewhat patchy at times, but the high standards set by central defender Ash Palmer have been a constant for the Hatters this season.

FC Halifax Town’s inspirational leader Matty Brown joins Gerring and Palmer to complete the back three, fresh from being named in the club’s Team of the Decade by the Halifax Courier.

You'll do well to see better technique at ANY level in the country today ?

Outrageous to even take that on ? pic.twitter.com/MdeAO326N2

They may be fighting for survival at the bottom of the National League, but Ebbsfleet United fans will nonetheless be buoyed by form of star winger Myles Weston. The creative spark in the Fleet’s midfield is showing no signs of slowing down at 31, and his continued good form will be critical to their chances of staying up.

At the opposite end of the age spectrum, Barnet’s Jack Taylor looks like a player who won’t be plying his trade in non-league football for too much longer. The 21-year-old has chipped in with some spectacular strikes in 2019, and possesses the kind of vision that belongs higher up the pyramid. Bees’ boss Darren Currie will be hoping that he can keep hold of his key man until the summer at least.

Jamey Osborne is another player who knows a thing or two about wonder strikes, and the box-to-box midfielder has been at the forefront of Solihull Moors’ second bite at the National League promotion cherry. The ambitious Midlands club finished runners-up last season and will be looking to go one better this time around. They have a strong squad for this level, but Osborne is undoubtedly the pick of the bunch.

Barrow have been setting the pace in the latter stages of 2019 and the man at the centre of their promotion charge, John Rooney, is the final component in our midfield. The free-scoring Bluebirds have been electric in front of goal in recent months, with Rooney scoring some of the Cumbrians’ best. Incredibly he scored six goals in September alone, which included braces against Chorley and Solihull Moors.

Is there a sharper finisher in the league??

Rhys Murphy is a forward who has always threatened to catch fire, but who has never quite scored consistently enough throughout his career. But everything changed for the 29-year-old when he joined Chelmsford City in 2018, as he found his goalscoring touch and struck an impressive 28 times last season. That attracted the attention of Yeovil Town and his signing has proved to be a masterstroke – Murphy is flying high in the scoring charts and arguably looks to be the most potent marksman in the National League.

Despite Torquay United’s recent struggles, Jamie Reid has shown he has what it takes to score consistently in non-league’s top tier, after winning promotion with the Gulls in 2018/19. Reid is a man in demand and has recently been linked with Championship club Luton Town – perhaps not a surprise when you consider he had already hit double figures by early October and scored four braces after just four months of the season.

Bigger sides are surely also taking a look at Boreham Wood’s 22-year-old starlet Kabongo Tshimanga, whose early-season form makes him a worthy inclusion in our front line. The explosive forward has been displaying the kind of dynamism that make him a particular handful for defenders at this level, and his finishing ability puts him among the division’s top strikers.

Dagenham & Redbridge’s Elliot Justham started the season in great form for the Daggers, while Réda Johnson is a colossal presence at the back for Eastleigh. Harry Beautyman is the lynchpin of Sutton United’s midfield and has scored some delightful goals in 2019, as has Hartlepool United forward Gime Touré. Maidenhead United’s ‘super sub’ Danny Whitehall is the perfect man to complete the bench, after scoring six times as a substitute in the first three months of the campaign.