While much of the talk at Celtic is around a full-back who could be leaving Parkhead, Bhoys boss Neil Lennon's focus is on bringing at least one into the club.

Kieran Tierney‘s future continues to dominate the headlines north and south of the border after Celtic rejected a second offer from Arsenal, believed to be worth £25million. Hoops boss Lennon insists there hasn't been another bid yet.

But on the other side of the defence, Lennon is still keen to strengthen his options after Mikael Lustig departed for Gent at the end of his contract, Jeremy Toljan returned to Borussia Dortmund after his loan spell and Cristian Gamboa moved on too.

Kristoffer Ajer, nominally a centre-back, has filled in so far, playing in both legs of Celtic's Europa League first qualifying round win over FK Sarajevo with youngster Anthony Ralston, a right-back by trade, twice named as a substitute.

So the right side of the defence remains very much on Lennon's list of areas to strengthen and, as such, former Premier League winner Danny Simpson is set to join on trial after his Leicester City contract expired.

Hapoel Be'er Sheva right-back Hatem Abd Elhamed could be even closer to joining with reports claiming Celtic have agreed a £1.6million fee for the 28-year-old Israeli international.

The Hoops have also been Tommy Smith.

With so many links, we've taken a look at all three to assess their suitability. 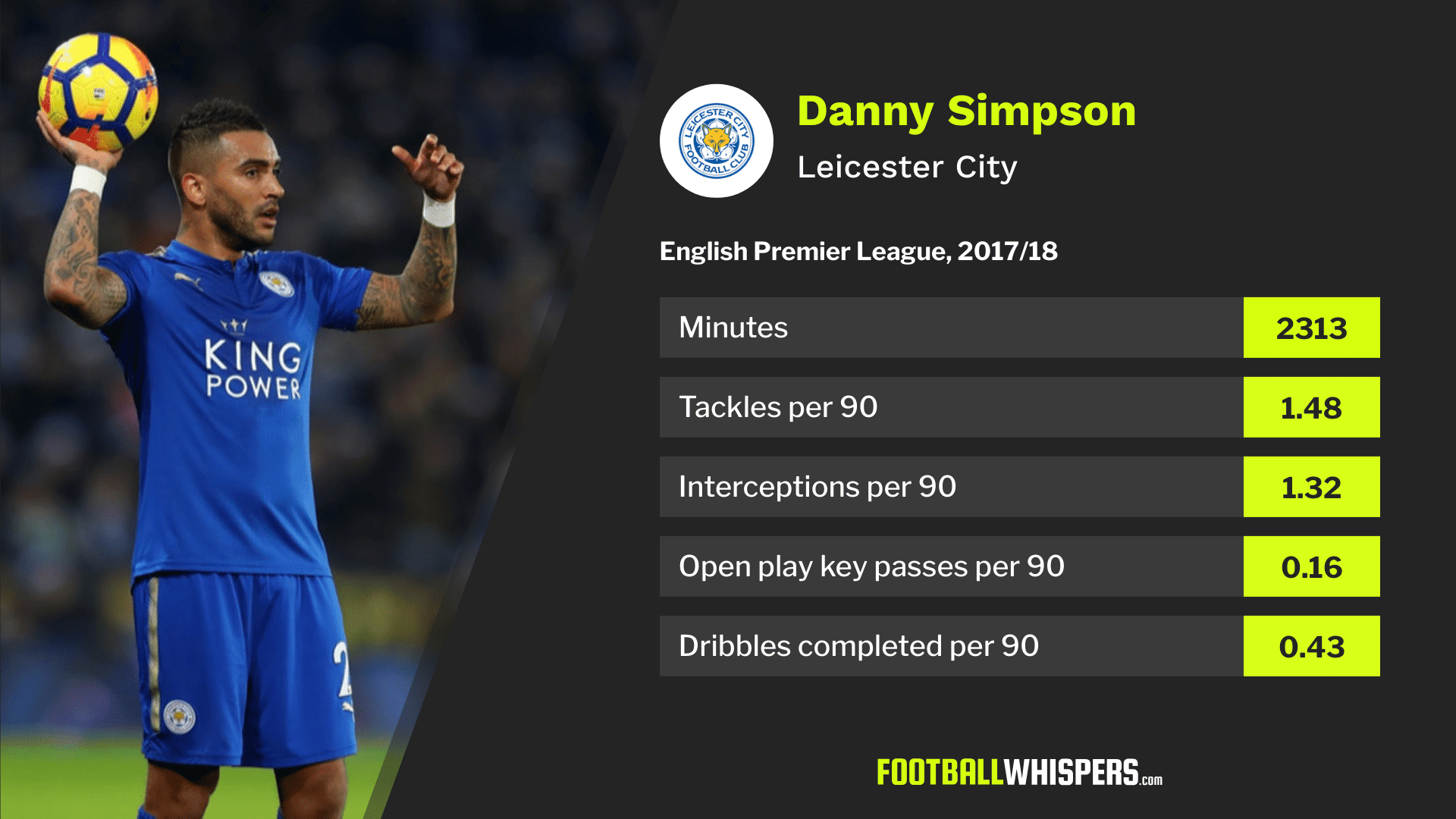 A regular as the Foxes stunned everyone to win the title in 2016, Simpson made just six league appearances last term – only one of which came after January – as his time at the King Power Stadium came to an end.

The 32-year-old lists Manchester United, Newcastle United and Leicester City as his only permanent employers and it was the Midlanders for whom he made the most appearances, 132 in five years.

Owing to his lack of minutes last term it's hard to draw too many conclusions about the Mancunian full-back so we've delved into his data from the 2017/18 campaign when he appeared 28 times in the Premier League.

His data from that season does not suggest a very attack-minded full-back, making just 0.16 key passes from open play per 90 and completing 0.43 dribbles from 0.7 attempts – only good enough to rank 54th among Premier League defenders.

Defensively his numbers aren't too bad, completing 0.89 of 1.47 tackles attempted per 90, a success rate of 68 per cent. He did not, however, manage many interceptions (1.32 per 90) which indicates his reading of the game could be better.

He might represent a fairly cost-effective solution but Simpson would be best avoided. 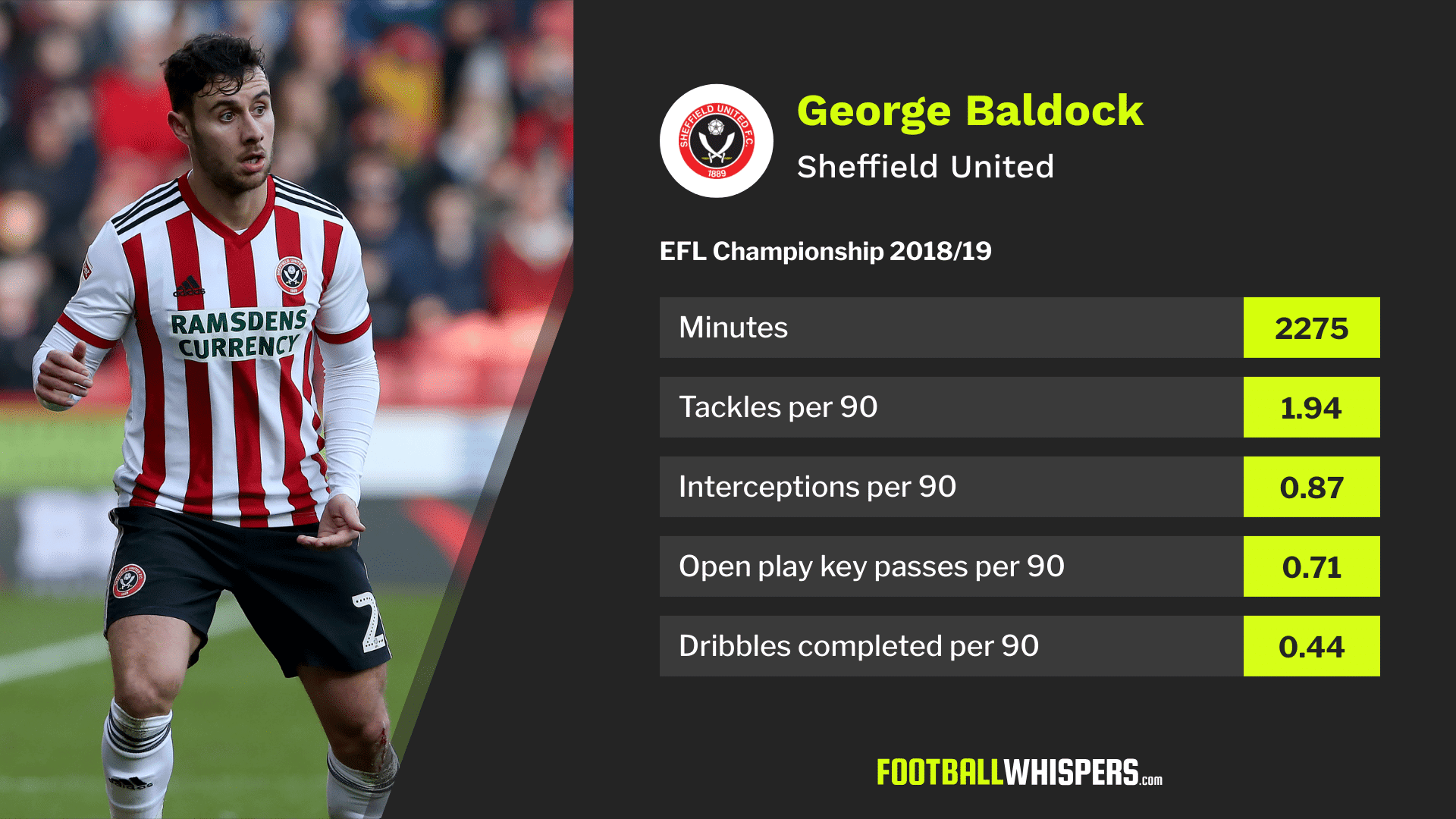 The Sheffield United defender has taken the road less travelled to reach the summit of the English game. Born in Buckingham, Baldock signed followed in the footsteps of brother Sam – a striker for West Ham United, among others, and now Reading – to sign for local side MK Dons.

A spate of loan spells followed with Baldock taking in stints at Northampton Town, Tamworth (twice), Oxford United and, most interestingly, Icelandic side ÍBV.

Snapped up by Sheffield United in 2017, Baldock helped the Blades establish themselves in the second tier before winning promotion last term. In 25 appearances he was successful with 1.3 of 1.94 attempted tackles per 90, as well as 0.87 interceptions.

What might give him the edge over Simpson is his ability in possession. He ranked second in the Championship for touches in the opposition box (3.36 per 90) by a defender last term and in a Celtic side which will be dominant once more, being comfortable going forward is a boon.

The diminutive full-back also came out 15th for crosses completed, finding a Sheffield United player with 0.75 attempts per 90. Comfortable driving into space or overlapping his winger, Baldock's deliveries might not always connect but they usually cause problems. 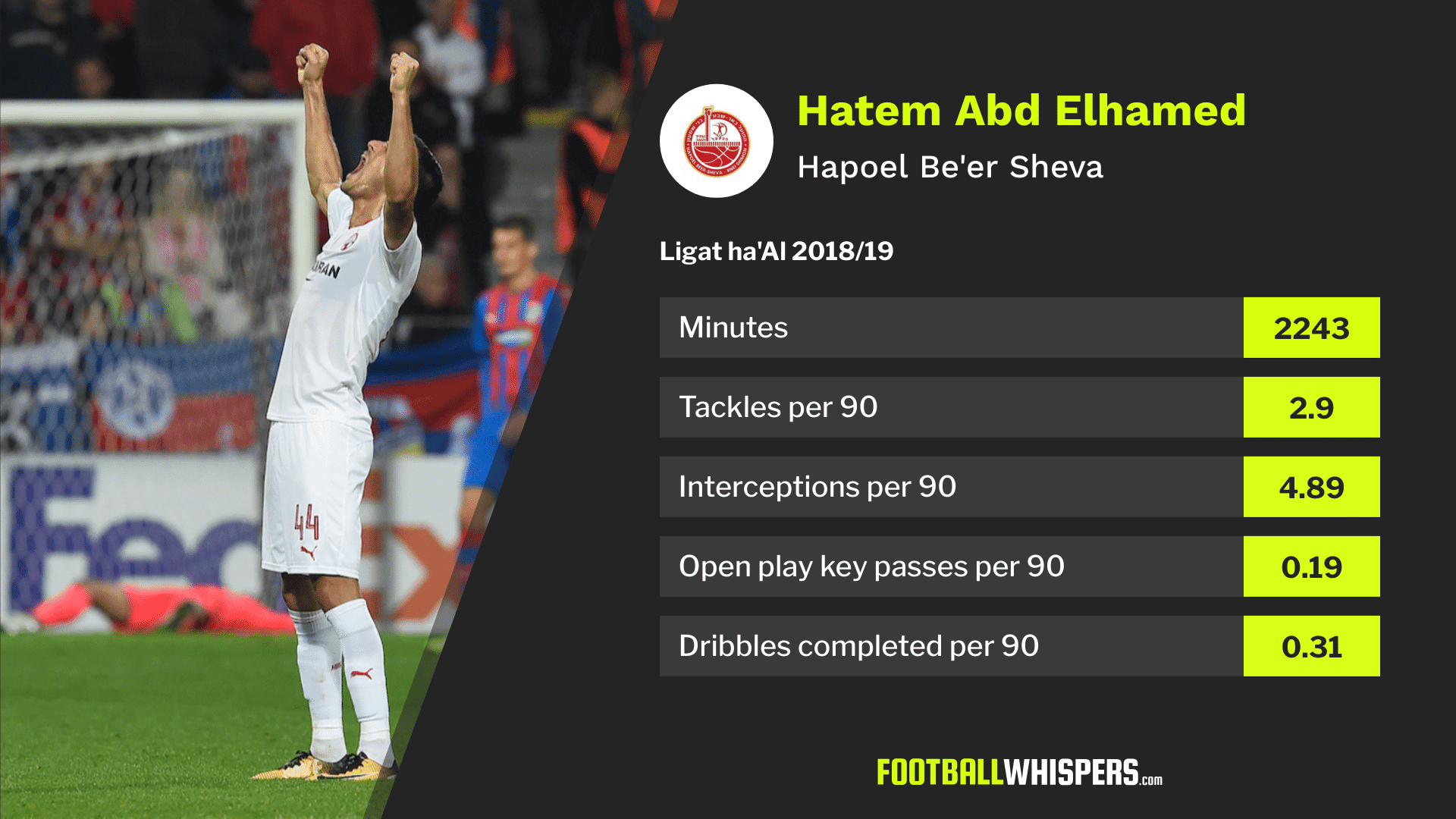 If reports in Israel are accurate then the 28-year-old is the closest of the three to signing for the Bhoys with a fee already agreed, per Sports Walla.

The full-back began his career with Maccabi Tel-Aviv before turning out for Belgian sides Charleroi and Gent as well as Romania's Dinamo Bucarești. He returned to his homeland in 2017 for a second spell with FC Ashdod, later moving to Hapoel Be'er Sheva.

Elhamed is driven by the tragic death of his 15-year-old brother, Muhammad, saying: “Every day I play football, I dedicate it to him. I carry the financial responsibility of the whole family now. I cannot afford not to succeed in football.

“My brother's death shaped my character and my success prevented the family from being crushed.”

Elhamed already has a quirky Celtic connection, having made his Israel debut earlier this year as a substitute, replacing Bhoys utility man Nir Bitton in a Euro 2020 qualifier against Poland.

It's clear from his defensive statistics Elhamad is defensively strong, completing more tackles and interceptions than either Simpson or Baldock, though comparing leagues is fraught with danger.

A good reader of the game and tough to beat in one-v-one situations he is by far the most accomplished of the three options in a defensive sense.

Perhaps unsurprisingly given his lanky frame, the Israeli is not so comfortable driving forward with the ball, reflecting in his 0.31 completed dribbles per 90.