The January transfer window gives clubs the opportunity to right the wrongs they made in the summer. Remember that left-back you thought would have the legs to last another season? Turns out he doesn’t. That £30 million midfielder who you thought would push you into the European places? Perhaps you shouldn’t have signed him after just one good season.

Just because the calendar years' first transfer window has been labeled as a seller's one as opposed to a buyer’s one by the media, doesn’t mean it’s necessarily true and it doesn’t automatically mean you’re going to get your pants pulled down. There are bargains to be had and deals to be struck.

No matter how well your team is doing there is always room for improvement. With that in mind, here’s a look at players your team could go after if they’re looking to strengthen their squad in January. 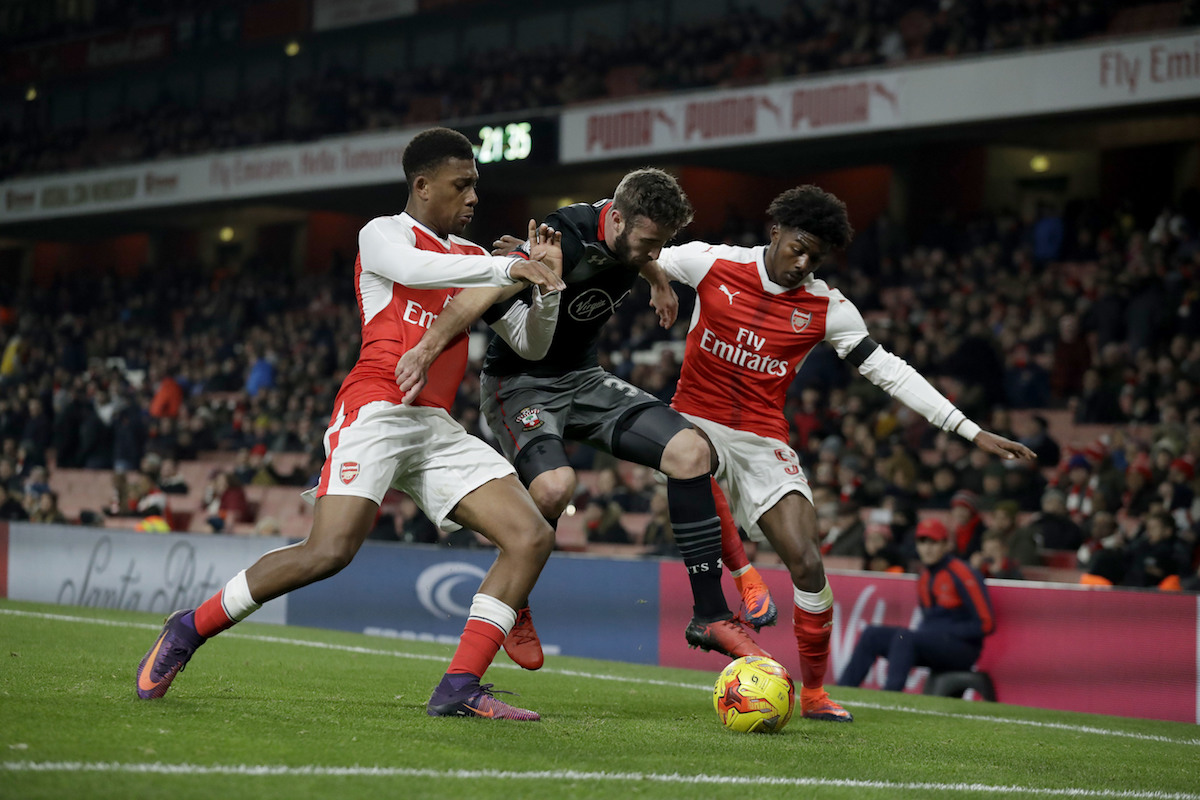 The fight for Champions League football this season is arguably the most competitive it’s been in recent memory. The obvious weak link in the Gunners team, which many Arsenal fans fail to acknowledge, is the left-back position. As looked at previously, the opposition may place a bullseye on the back of Nacho Monreal. A candidate to replace the former Malaga player could be Southampton’s Sam McQueen. The converted left-winger has just signed a deal to extend his stay in Southampton until 2021 but as we’ve seen in the past, the Saints are a selling club if the money is right. 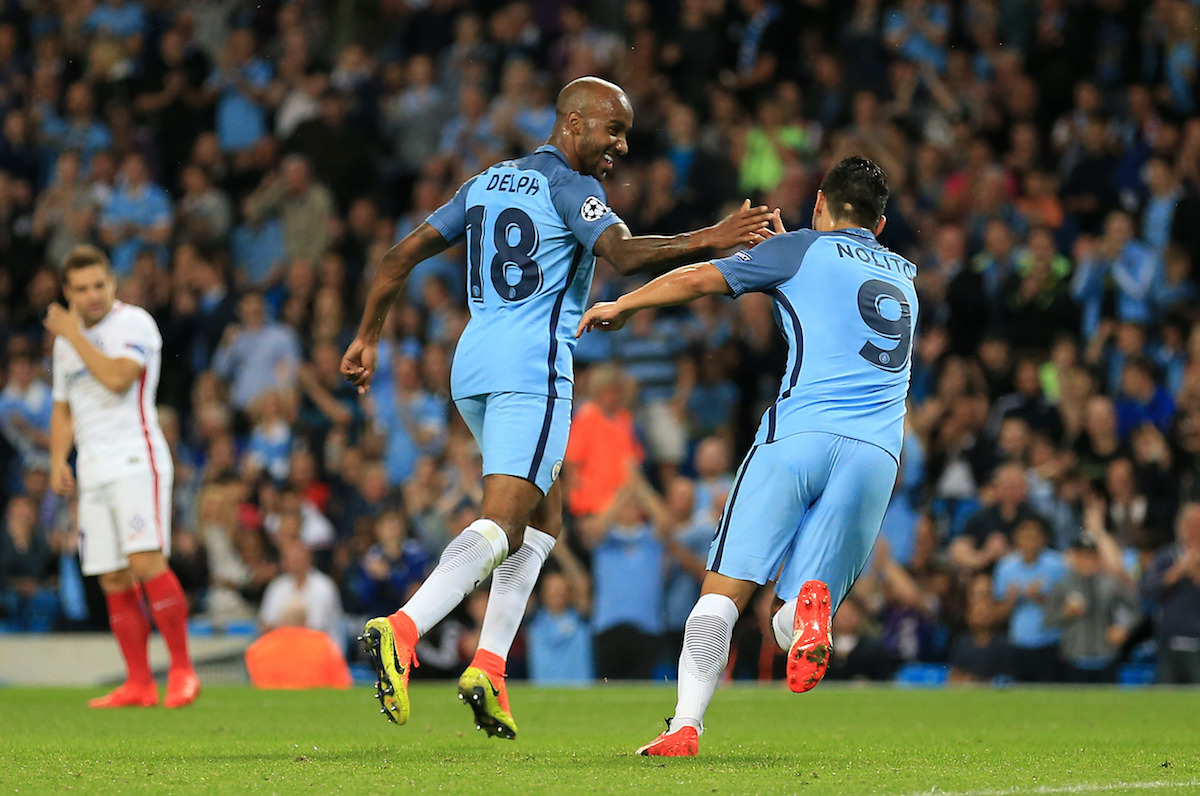 Bournemouth had an impressive first half of the season and have every possibility of finishing the season as a top half team which would be a remarkable achievement for Eddie Howe and his players. However, the Cherries conceded a lot of goals and should be in the market for midfielders able to protect and shield their defence. Eintracht Braunschweig’s Quirin Moll was looked at as a possibility but recent reports have linked Manchester City’s Fabian Delph with a move down south. He’d fit the bill. 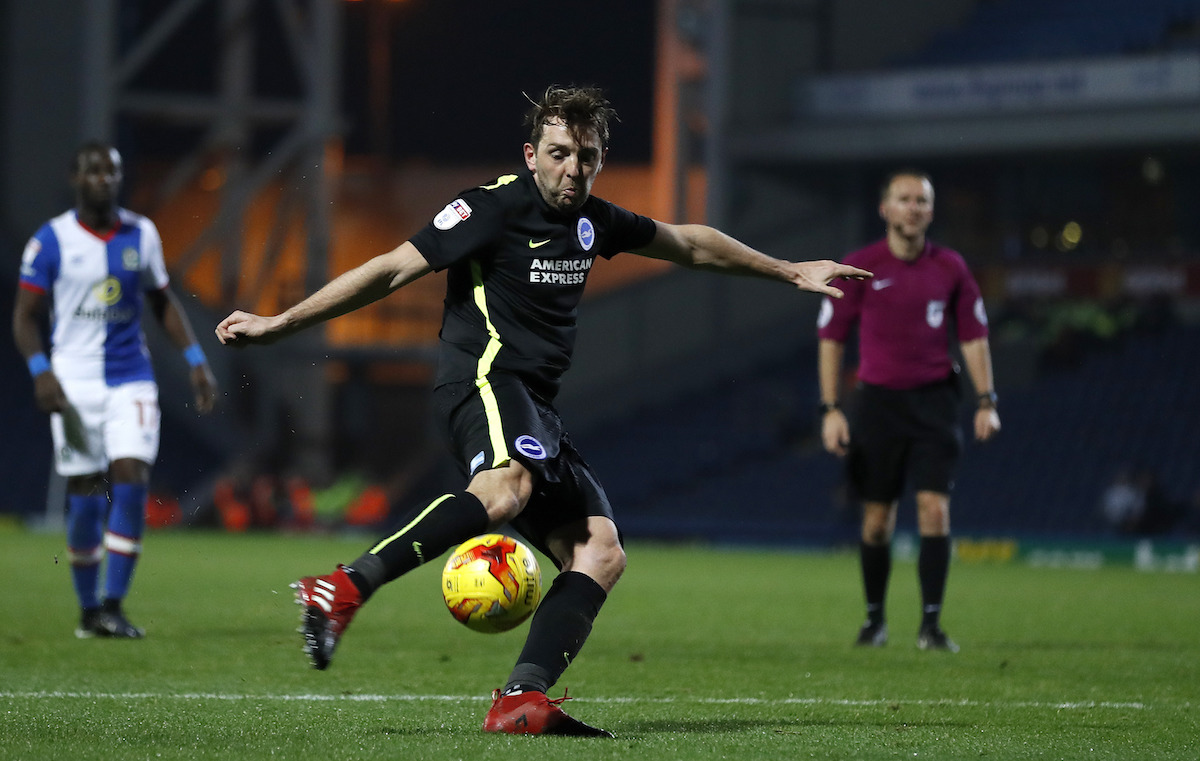 Burnley exceeded expectations with how they performed in the first half of the season. Surprise wins against Liverpool and Everton at Turf Moor have helped them steer clear of the relegation zone and the midfield played a key role in both of those victories. It’s a key area of the team for Sean Dyche’s men. They have to be intelligent enough to press aggressively but not leave the defence exposed as well as being disciplined enough to sit deep and dig in. They’ve brought Joey Barton back to the club but that doesn’t mean their interest in Brighton’s Dale Stephens should come to an end. 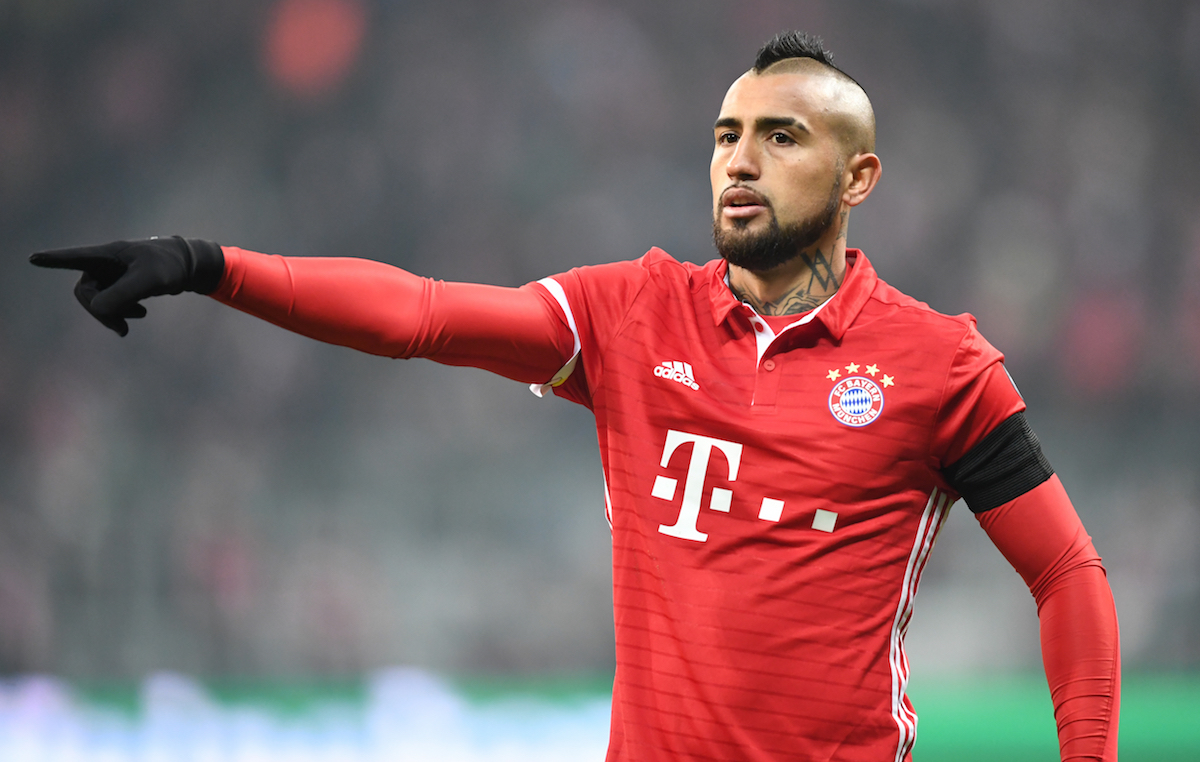 Chelsea have every chance of running away with the Premier League title this season. After a sluggish start a run of 12 consecutive victories has put them six points clear at the top of the table and they look unbeatable. But Antonio Conte knows there’s still room for improvement. They’ve been linked with every centre-back under the sun but on loan Andreas Christensen could save them tens of millions in that respect. However, after selling Oscar for a jaw dropping £60 million they are in the market for a midfielder and Bayern Munich’s Arturo Vidal seems to top that list. 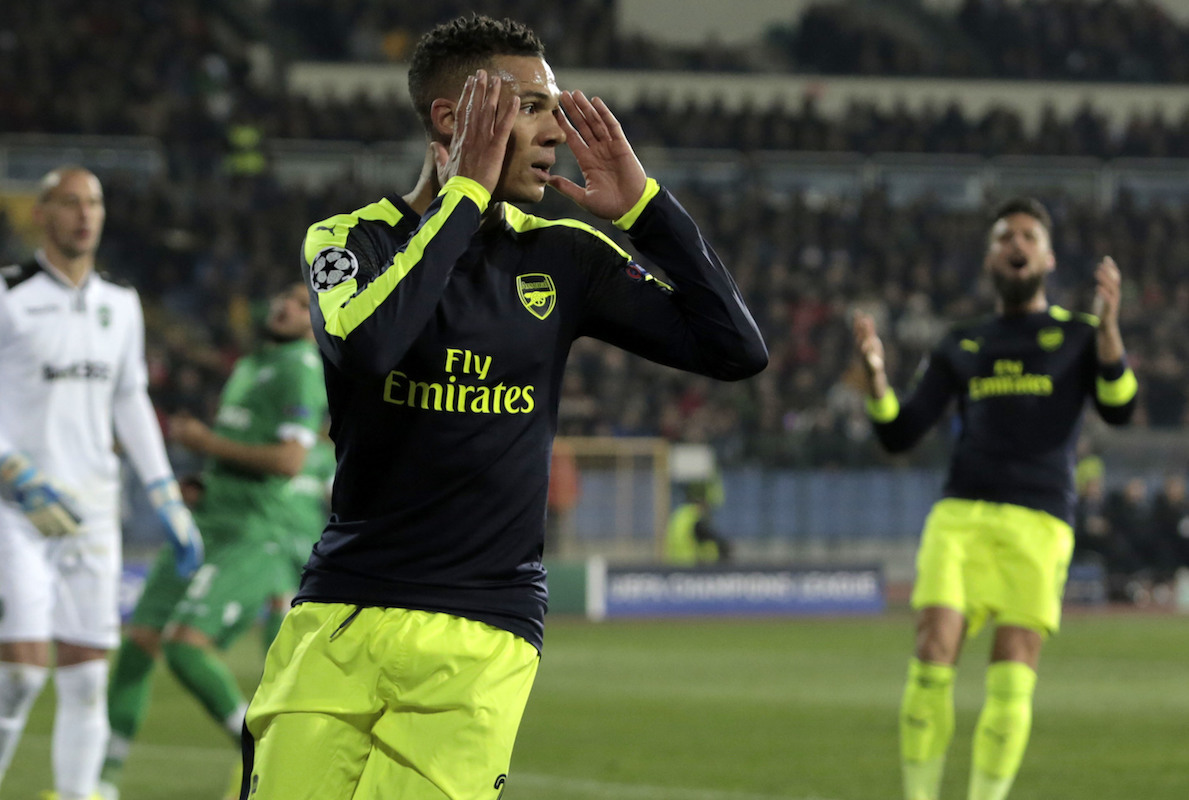 Crystal Palace made the brave move to part ways with Alan Pardew just days before Christmas. They turned to Sam Allardyce in an attempt to get their season back on track and he’s wasted no time identifying Arsenal’s Kieran Gibbs as his primary January transfer target. The Palace defence is an area of weakness and Allardyce will be wise to shore that up before doing anything else with the team if he wants to move up the table. 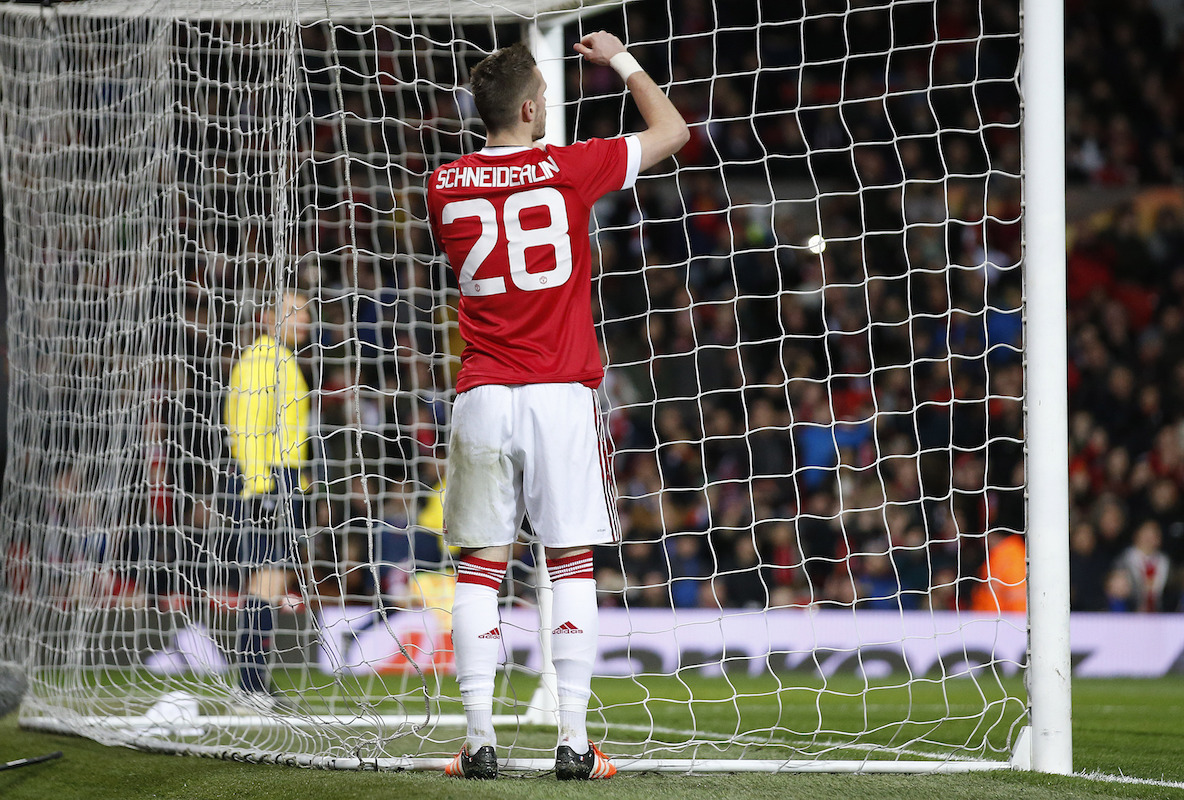 Various reports suggest Everton are going to be active in January with as many as seven players arriving. Ronald Koeman is looking to shake things up and make it his team and one of the points at the top of his list is finding a long-term replacement for Gareth Barry. A partner for Idrissa Gueye would give the Toffees the ability to dominate many Premier League midfielders and it’s why they’ve reportedly bid for Manchester United’s unwanted man Morgan Schneiderlin. 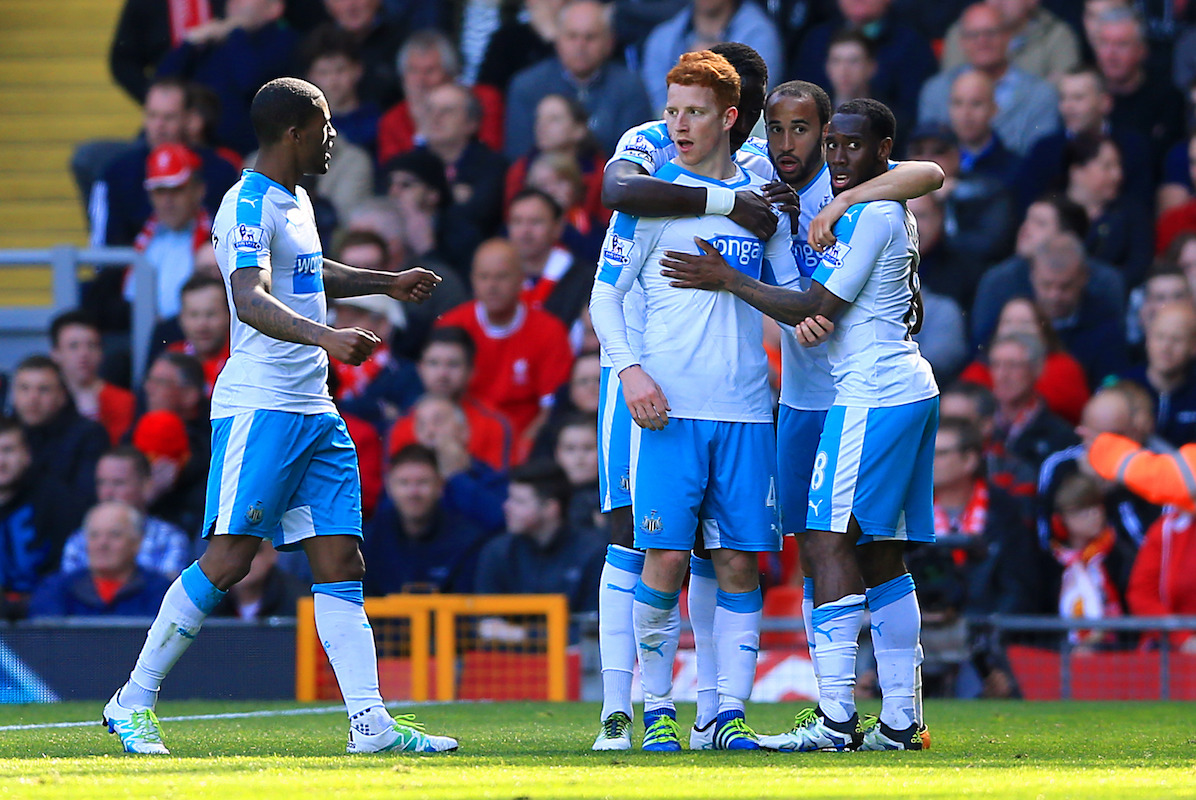 Hull City are in a relegation fight. They need dogged players who are up for the fight if they’re to have any chance of surviving. With Newcastle United in the market for midfielders now may be the ideal opportunity to make a move for Jack Colback. The midfielder would add some much needed grit to Mike Phelan’s team and he’d offer the defence a little more protection so they aren’t as exposed. 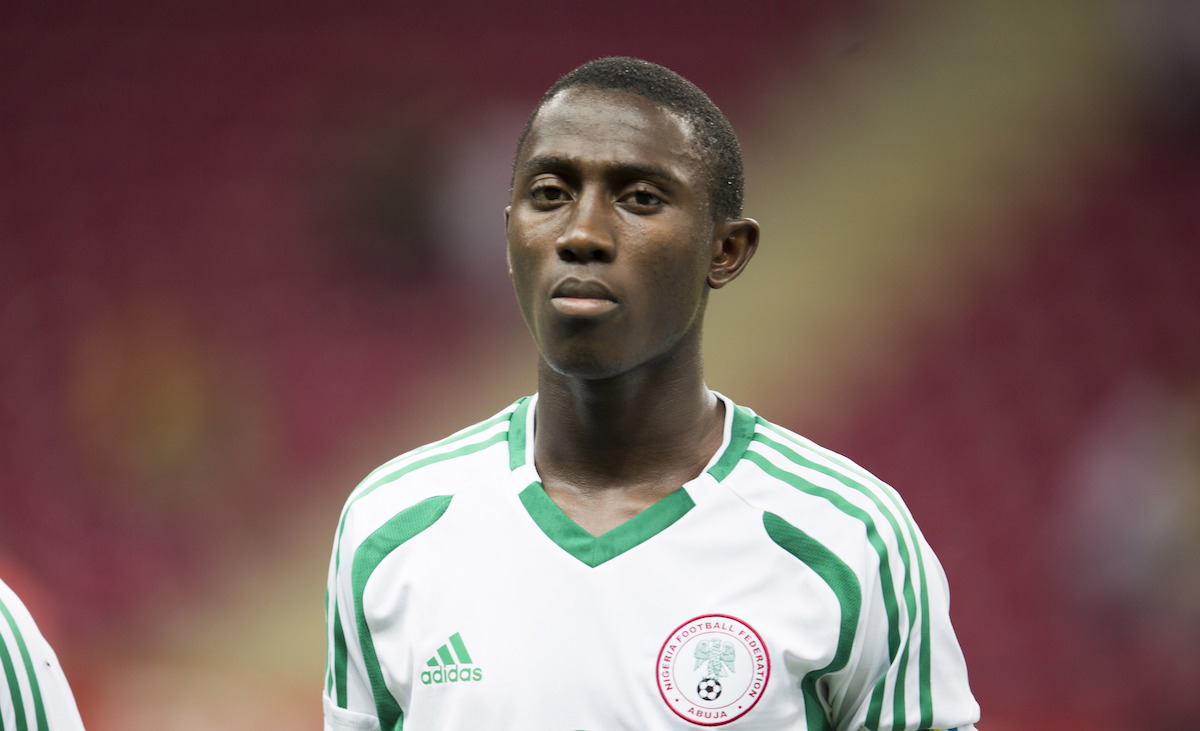 Leicester City have had a bit of a peculiar first half to the season. They struggled domestically but impressed in Europe. They weren’t ever going to repeat the heroics of last year but many expected a better title defence. They are without doubt missing N’Golo Kante. Wilfred Ndidi looks set to be joining in January and he should bring a presence to the midfield. The Foxes have also been linked with Leon Bailey, Ndidi’s teammate, who would be another clever signing for the club as they look to go deeper into the Champions League. 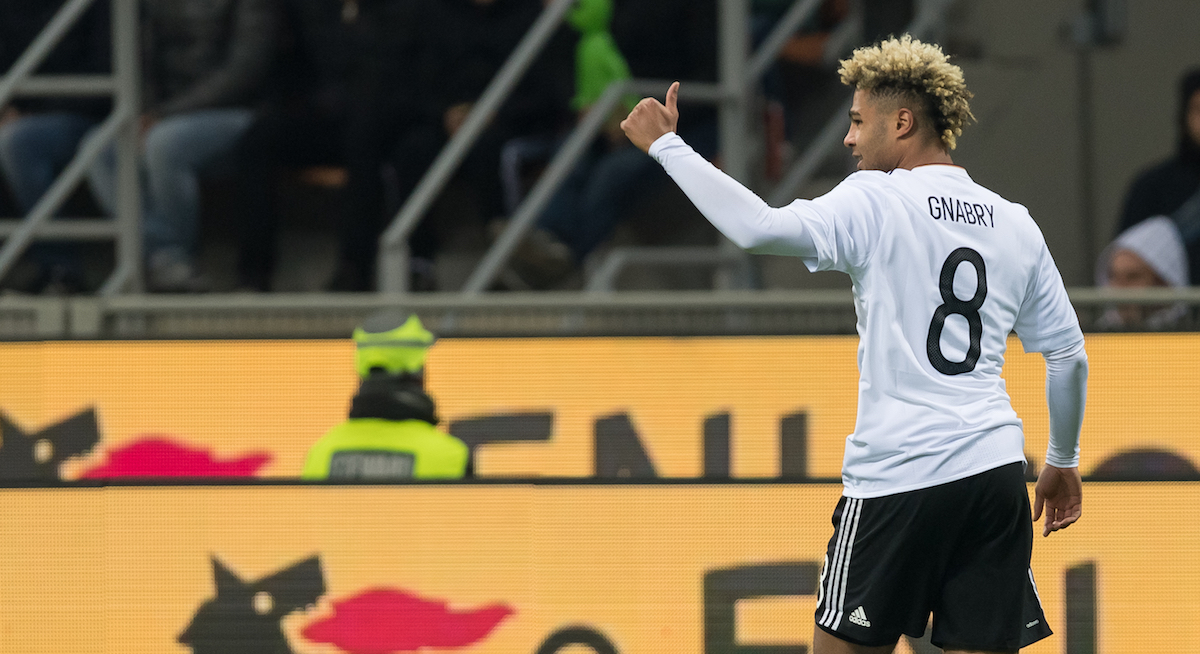 There’s been a lot of talk surrounding Liverpool’s January transfer plans. The likes of Quincy Promes, Wilfried Zaha and Alex Oxlade-Chamberlain but German Newspaper Bild claims former Arsenal player Serge Gnabry has a €8 million release clause and he could be ideal to fill the void left by Sadio Mane’s departure to the AFCON. Raiding the Bundesliga could be Liverpool’s best hope of sustaining their title challenge. 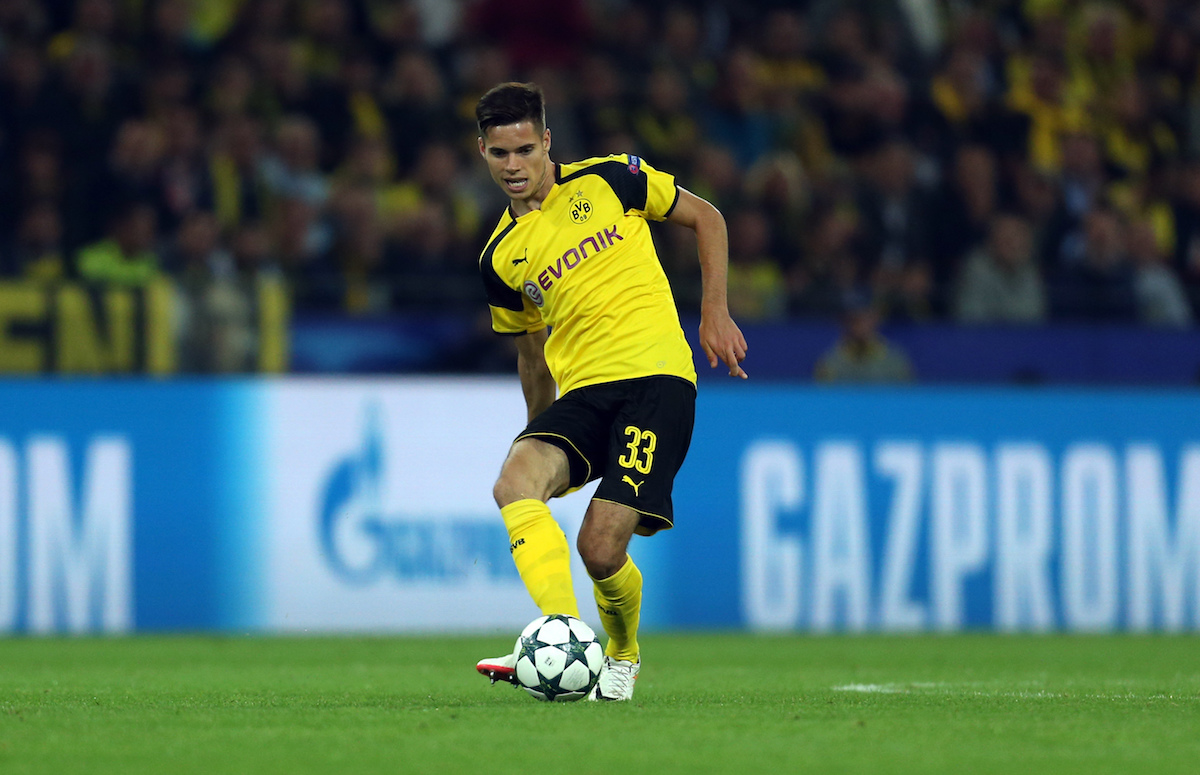 Manchester City are in the market for a midfielder who can set the tempo as well as protect the defence. Fernandinho has impressed in that role but he’s not getting any younger. Pep Guardiola is said to be “in love” with Julian Weigl and wants City to land him. He’d not come cheaply but you have to pay for class and the German midfielder oozes just that. 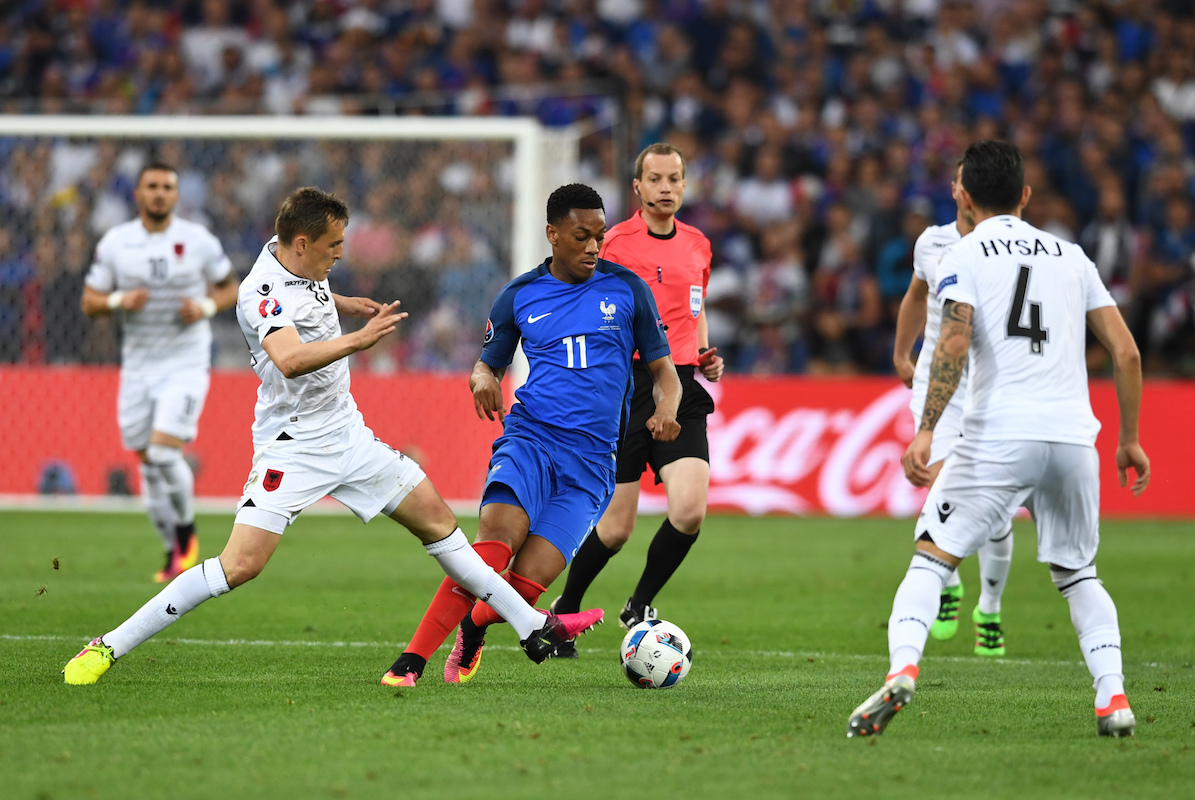 Despite spending millions in the transfer market over recent seasons there are still obvious weak links in the Manchester United squad. One such area is the right-back. Antonio Valencia has made that role his own after Matteo Darmian failed to impress. However, the former Wigan winger is 32-years-old next year and Mourinho needs to start to plan for the long-term. Napoli’s Elseid Hysaj would be perfect for United’s style of play. 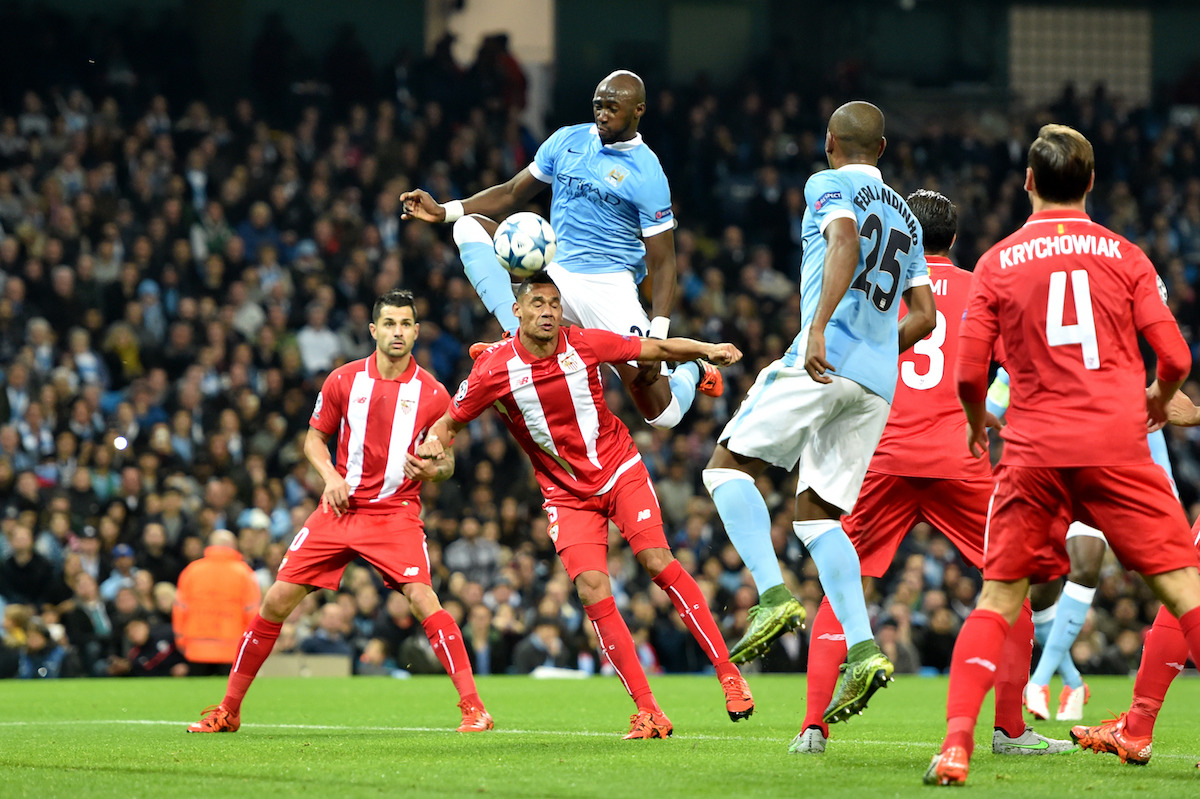 Middlesbrough have breathing space above the relegation zone but they’re by no means clear of it. Aitor Karanka’s system, which relies on his players being well organised and extremely disciplined, has it’s limitations. For example, at times his players are caught ball watching and the opposition are able to get into dangerous positions. It happened against Liverpool. They should reignite their interest in versatile Sevilla defender Timothee Kolodziejczak in an attempt to ensure they have enough defensively to beat the drop. 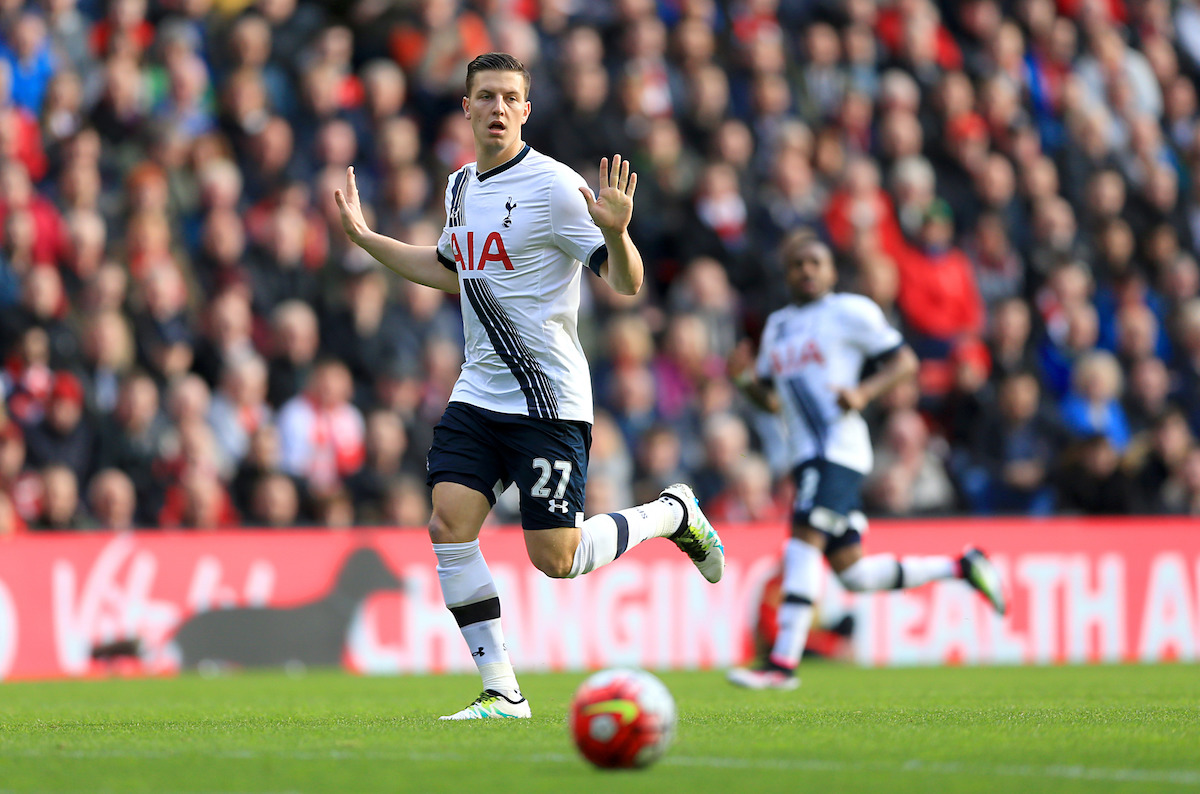 Southampton need to start planning for life after Jose Fonte. Their captain took to social media to announce the club hadn’t offered him a contract extension. With just 18 months remaining on his deal the Saints have a task on their hands to replace the one defensive constant they’ve had over the past few years. A rumoured target is Spurs centre-back Kevin Wimmer. The Austrian reportedly wants a move away from White Hart Lane as he looks for regular first-team football and it’s something Claude Puel could offer. 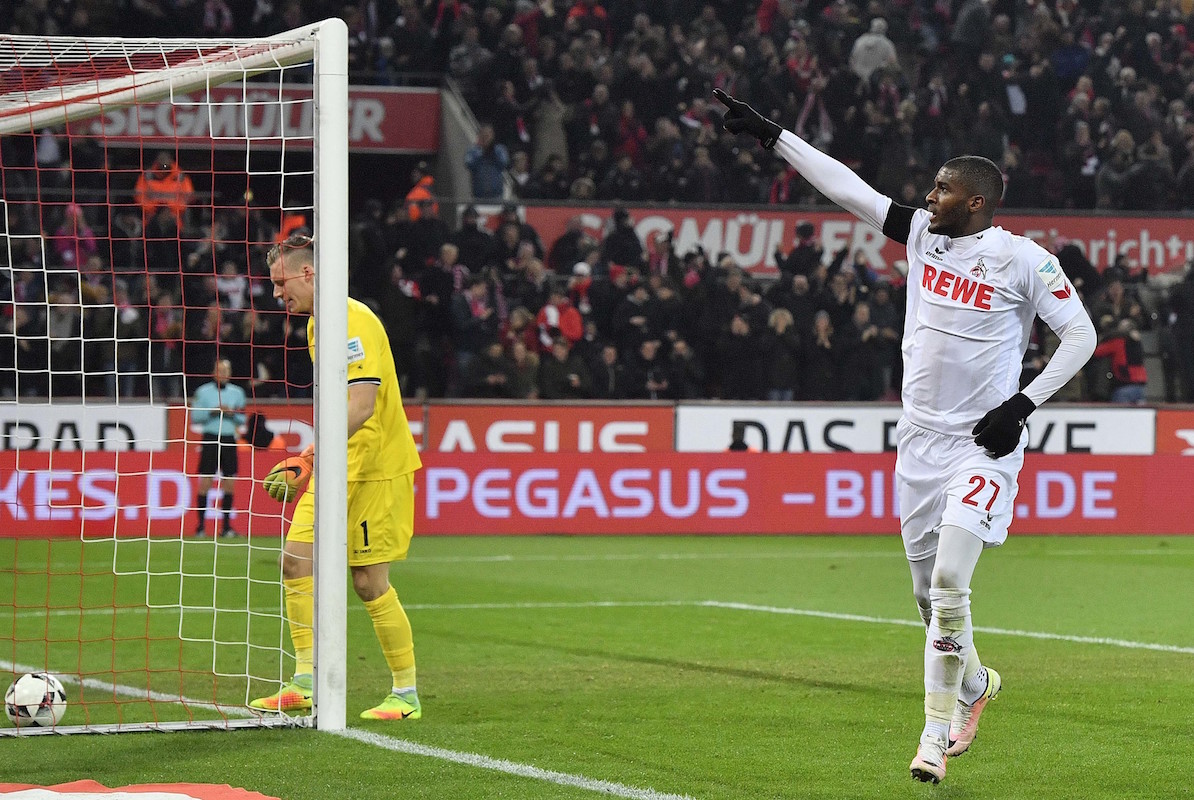 Stoke City are a good side. Mark Hughes has set up a team which plays to their strengths and despite a rocky start to the season they should be challenging for a top half finish come May. However, their gamble on Wilfried Bony hasn’t paid off and they are reportedly in the market for a striker. FC Koln’s Anthony Modeste would be a good fit in the Stoke team. He’s in the form of his life and, even though Bundesliga clubs have cottoned on to the fact English sides have money, he wouldn’t cost a fortune. 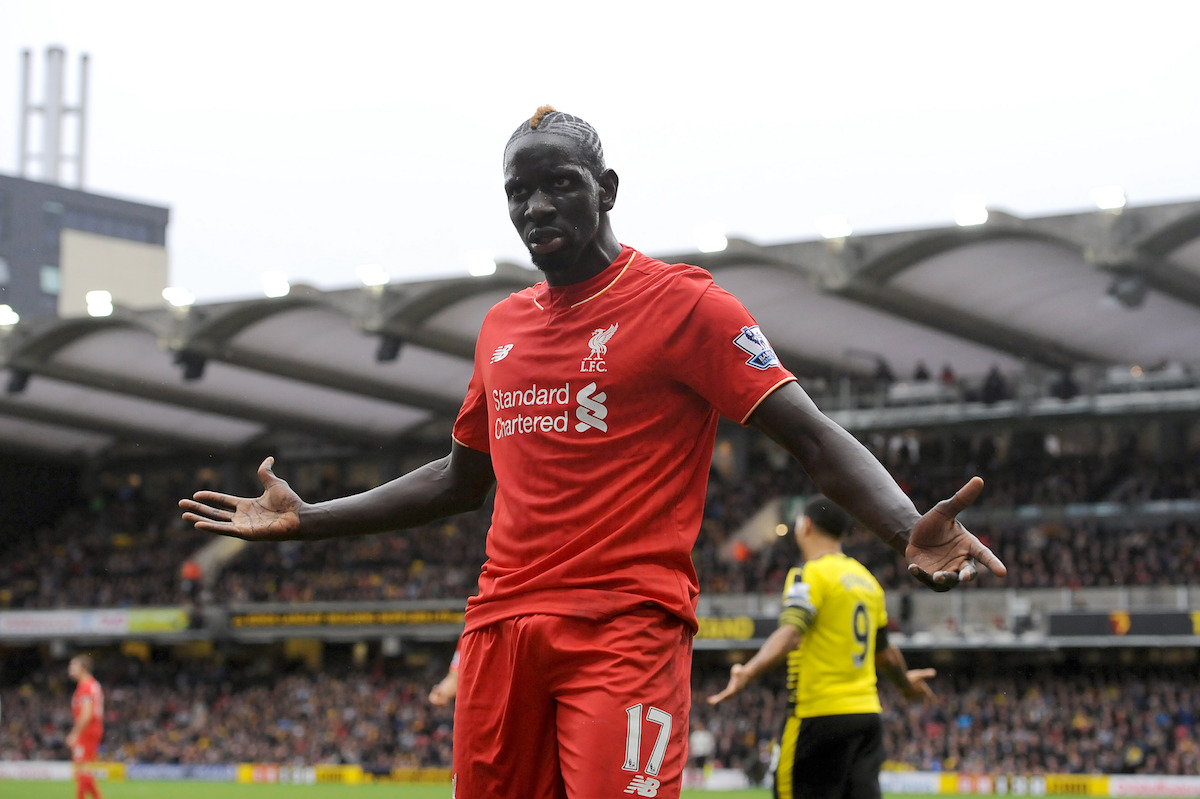 Sunderland are in a bit of a pickle. They have no money to bring in reinforcements this January and according to reports look set to lose Jermaine Defoe and Lamine Kone. Of the two it’s Kone who is easier replaced. The centre-back has been one of the surprise signings since his arrival from Ligue 1 but Sunderland are helpless if a club activates his £18 million release clause. The Black Cats could turn to Mamadou Sakho as a short-term option if Kone does leave. He’s not in Jurgen Klopp’s plans and may welcome the chance to play first-team football on a regular basis. 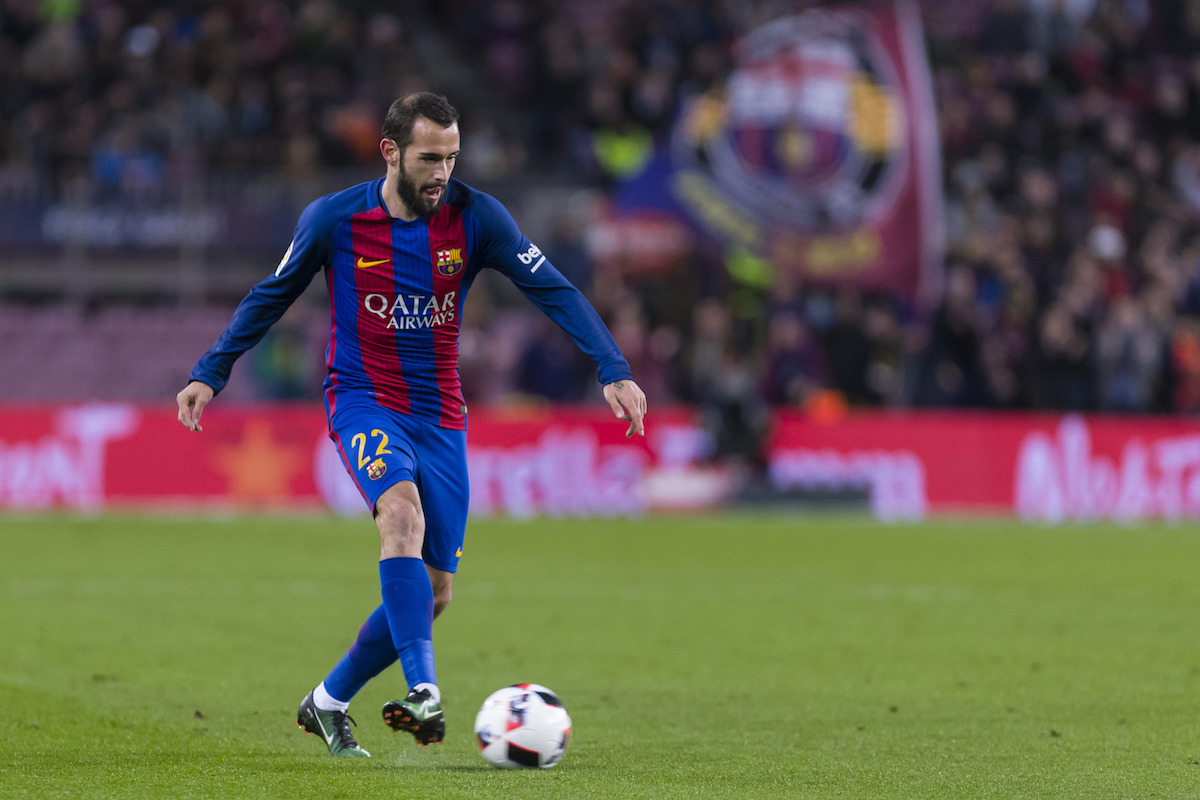 Swansea are yet to appoint their third manager of the season but whoever it is has a task on their hands. The Swans are currently leaking goals and if they're to have any chance of staying up they need to rectify that, immediately. Whether that comes in the form of a midfielder, a defender or both, it can't happen soon enough. Recent reports have linked them with Barcelona's Aleix Vidal which would be a good start. 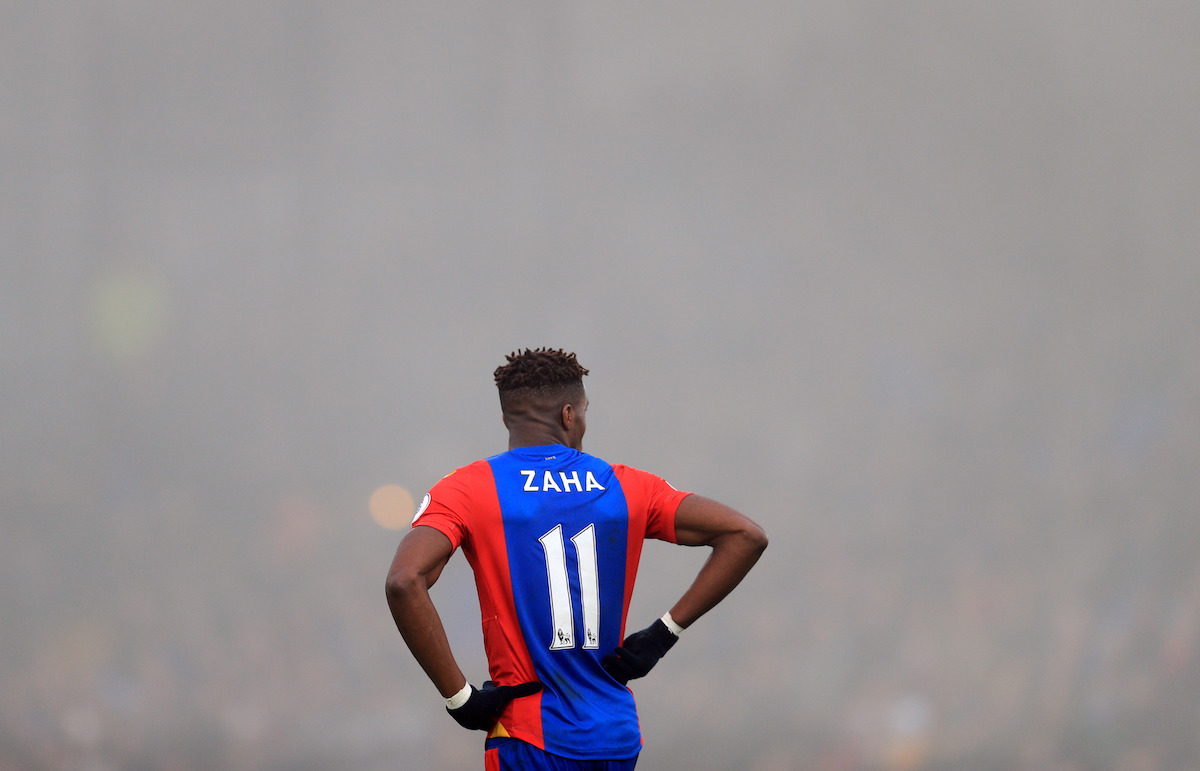 Spurs have scored a flurry of goals since the return of Harry Kane from injury but that can’t paper over the fact the team need more of an overall goal threat. Vincent Janssen and Moussa Sissoko haven’t worked out as planned and Georges-Kevin Nkoudou isn’t getting the minutes he needs to really flourish. Spurs may be forced to go back into the market this January and former Manchester United player Wilfried Zaha is being heavily linked. He’d a welcome addition, bringing goals and unpredictability to a sometimes pedestrian Spurs attack. He could be the difference between Champions League and Europa League football. 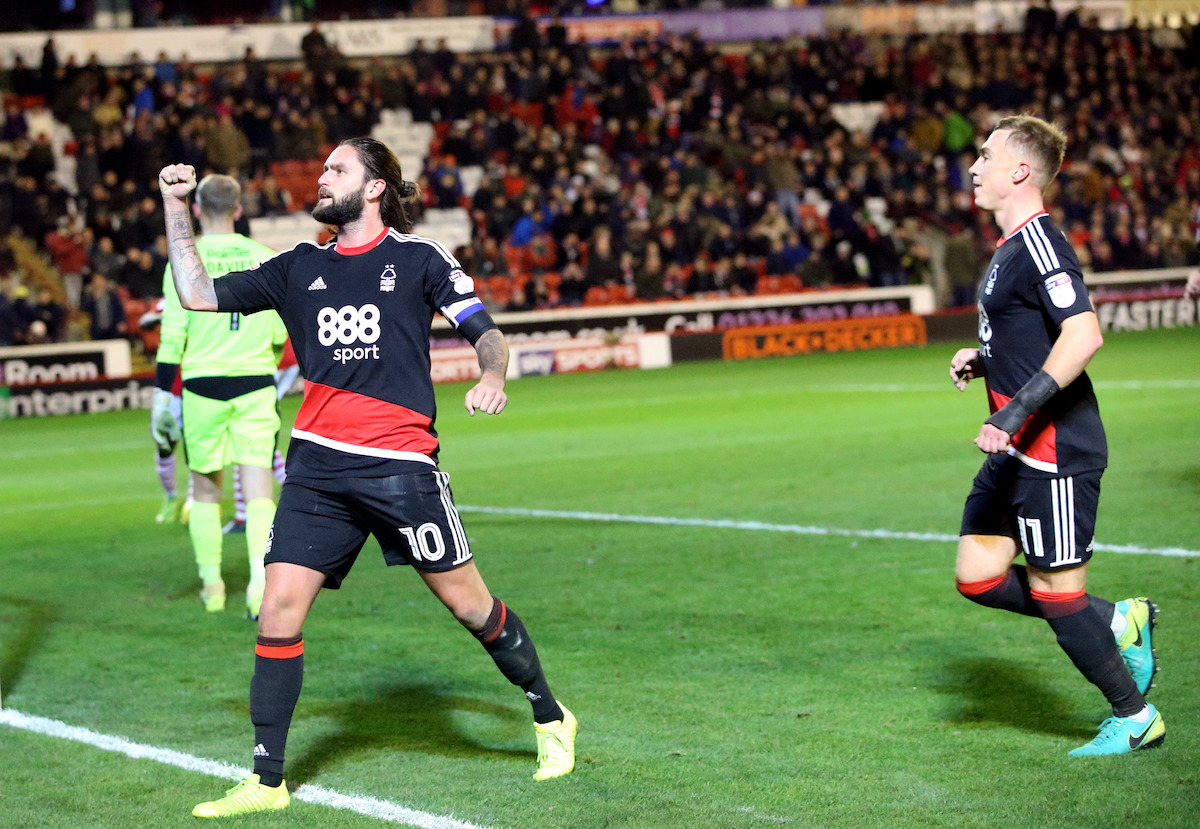 Under Walter Mazzarri Watford go from one extreme to the next. They’re yet to really settle down and continuously flutter between threatening to challenge for Europe and potentially being in a relegation battle. The loss of Roberto Pereyra is a problem and it’s something the club need to address in January. Recent reports have linked former Arsenal youngster and current Nottingham Forest captain Henri Lansbury with a move to Vicarage Road. He’d certainly bring some creativity to the midfield. 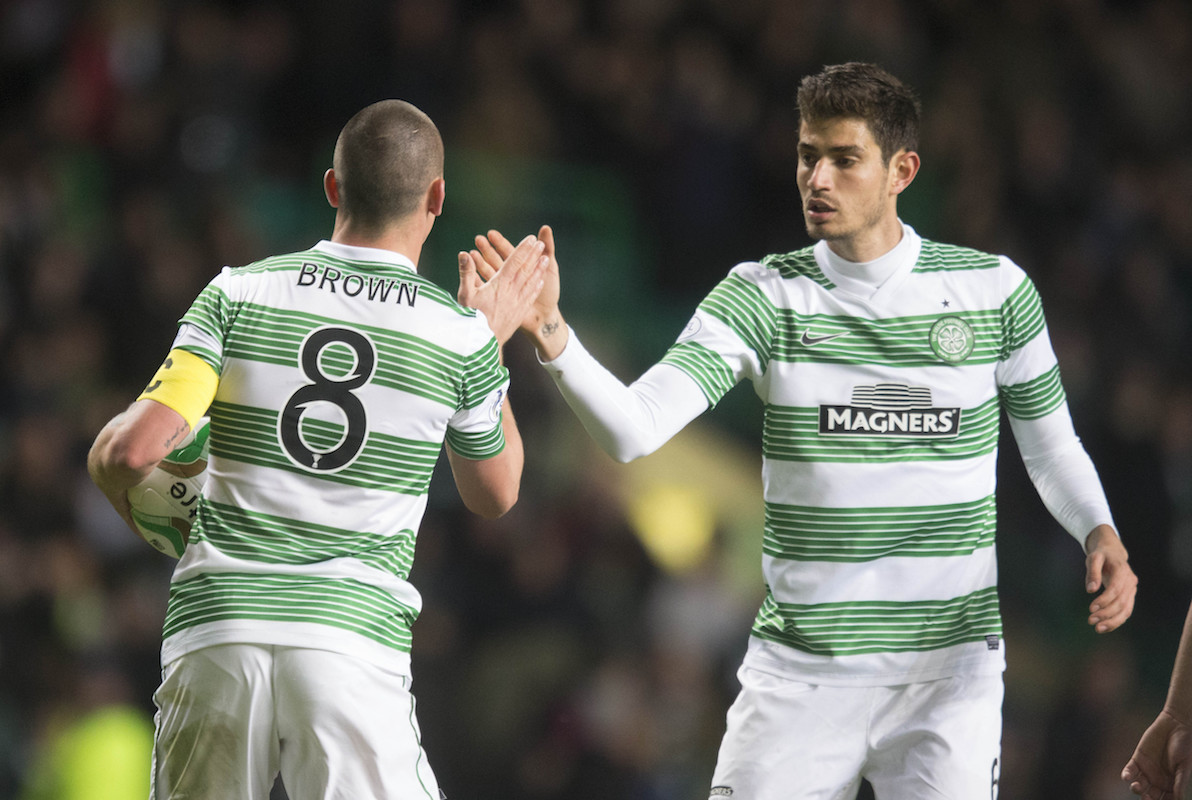 Tony Pulis has assembled the most Tony Pulis of squads at West Brom. They’re difficult to beat, defensively disciplined and physical in every area. However, he’s added goals to this team and they’re in with a real chance of European football if their early season form continues on into the latter half. They’ve been linked with a move for Morgan Schneiderlin, but with Everton in the hunt too he may be difficult to land. However, one player they may turn to is Celtic’s Nir Bitton. Darren Fletcher turns 33-years-old in two months and WBA need to start to perhaps transition him out of the team and the arrival of Bitton would allow that. 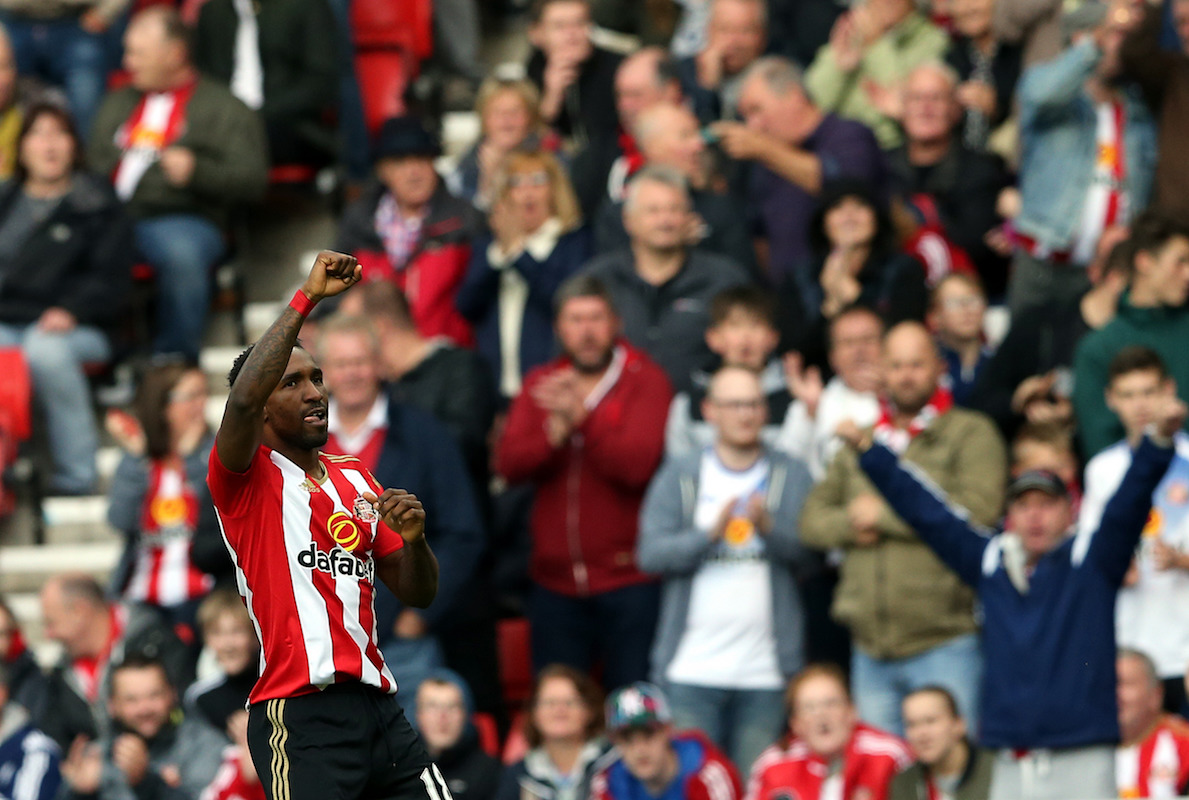 It’s no secret that West Ham are in the market for a striker. After spending a large part of the summer offering £30 million for various strikers the Hammers settled for Andre Ayew and Simone Zaza and both have failed to really impress. They’re still in the market for a striker. They’ve reportedly had loan moves for Anthony Martial, Marcus Rashford and Daniel Sturridge rejected but recent reports suggest they want to bring Jermaine Defoe back to the club. The striker feels has has unfinished business and still has a lot to offer. It’s nothing more than a  short-term fix but one Bilic desperately needs.