Some called it before the 2017 Major League Soccer season had even kicked off. There was a sense that the dynamic of the rivalry between New York’s two franchises was about to shift. New York City FC had taken to steps to building on their 2016 campaign while the Red Bulls had stood still. Worse than that, they regressed.

The loss of talismanic midfielder and captain Dax McCarty to the Chicago Fire was symbolic of some of the problems being endured at Red Bull Arena. This was a club that had seemingly lost its way with their closest rivals set to pass them on the way down.

And so it has so far turned out this way with NYC FC plotting a route to the top of the Eastern Conference and the Red Bulls currently locked out of the play-off places. The shift in dynamic that so many predicted and pondered for so long seems to have happened. Both on the field and in the transfer market, the Bronx side are dominant with Barcelona legend Andrés Iniesta reported to be on their radar this summer.

NYC FC probably won’t be the only New York side making moves this summer, though. Jesse Marsch admits the Harrison club has “money to spend” as they look to bolster a squad which has grown stagnant in recent times. “We’ve got a few that we’re looking at,” the head coach revealed on a podcast.

“But we’re working hard and know that we need to add one more big piece. And then we’re looking for a centre back, which you and I have talked about enough in the past couple months. So hopefully we can find a way in this transfer window to make a couple big additions to help our team.”

Drawing up a shortlist 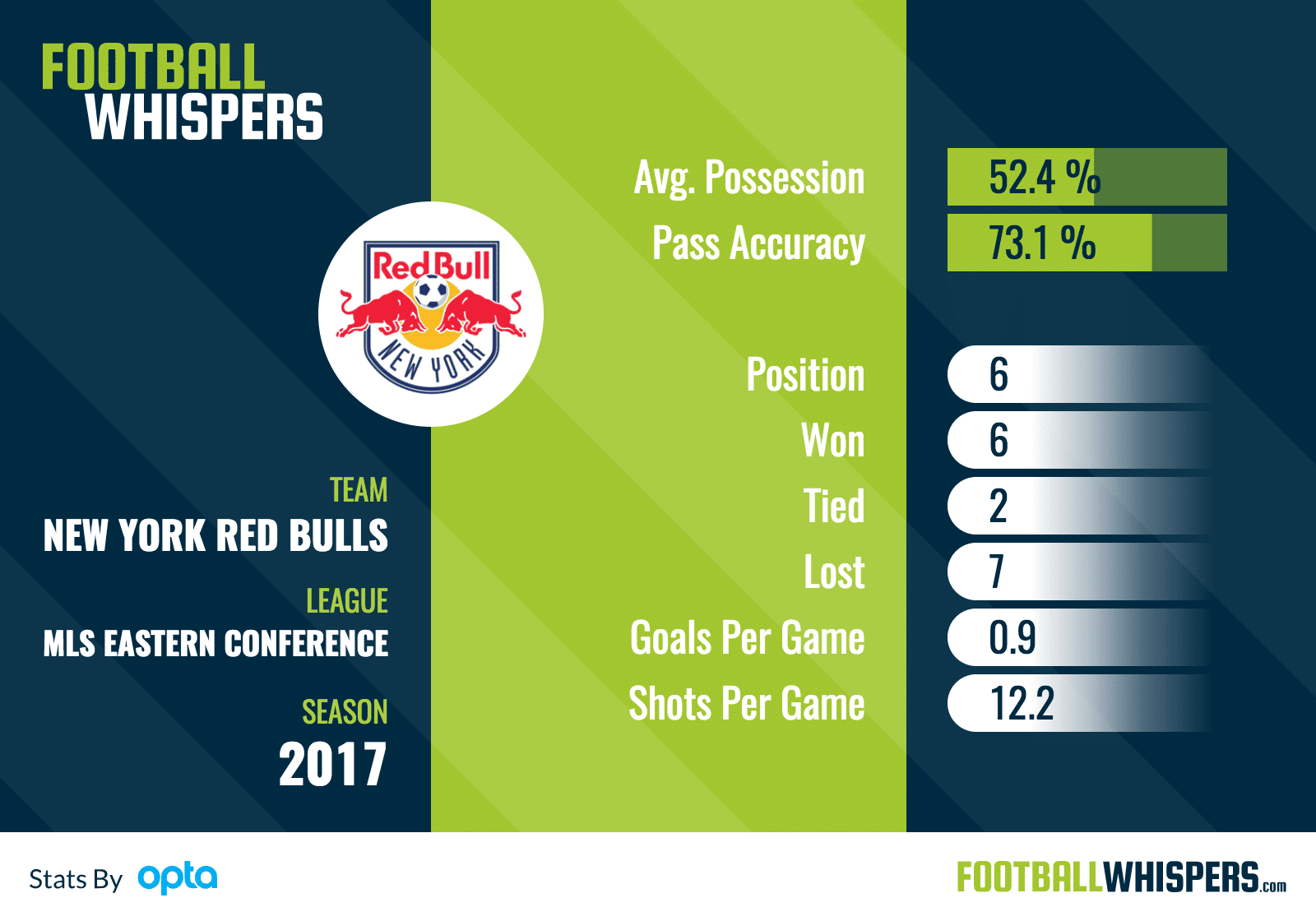 The days of the New York Red Bulls luring Thierry Henry to MLS are probably over with the club opting for a more low-key approach to the transfer market of late, leaving the bombastic, big-name signings to their rivals across the city. But that doesn’t mean that they can’t make an impression in the market.

As Marsch confirmed, the Red Bulls have some salary cap space to play with, meaning they could bring in talent from overseas. “We have a little bit more flexibility from an international perspective,” he said.

“We have some money to spend, we have roster spots. So we’ll have to make some additions and we’ll just try to calculate what those are and how to do it in a way that best sets up our team to make a real strong push at the end of the year.”

Indeed, this is the art of the MLS transfer market. It’s not just as simple as piling high the pennies and making a move for a player that fits the bill. Horse trading is required with the salary cap and other trade regulations making signing a player a sport in itself. This makes it difficult to predict who exactly the Red Bulls could target this summer, although it’s possible to determine where they need recruits.

The Red Bulls have become too dependant on the goals of Bradley Wright-Phillips and that’s something that must be addressed in the transfer market if possible. When the Englishman draws a blank, so – invariably – does his team. So Marsch needs someone to ease that goalscoring burden.

“We are not able to score on the road, so that’s the most difficult thing to come up with a solution,” said Marsch after the 1-0 defeat to the Montreal Impact nearly two weeks ago.

“On the road, we go down, we can’t score and we can’t take a lead. This year, for whatever reason, we are cold and cannot finish our plays. In two years we scored a lot of goals on the road.”

Marsch went on to say that his side badly needs “some difference-makers. It’ll be a guy that is younger and fits the way we play.” And that is the crux of what the New York Red Bulls must find this summer. They need someone to win them games. That might be difficult to come by, but the support system is there. They just require someone to make the most of it.

Even if Marsch manages to find that figure, it might not prevent 2017 from becoming a year of transition for the Red Bulls. This is a squad that has achieved remarkable regular season consistency in recent years. But there is a sense that it might be coming towards its expiry date. There is a lot of work to be done, and it’s debatable whether it can be completed in just one summer.