Frank Lampard could not start a revolution at Chelsea this summer. The club's registration ban saw to that. Instead, he has attempted to freshen up the Blues squad with a number of academy graduates.

Mason Mount has been incorporated after a successful loan spell at Derby County last season. Reece James will feature when back from injury, as will Callum Hudson-Odoi. And there is also Tammy Abraham, prolific for Aston Villa last term.

Add in the arrival of Christian Pulisic – who was signed from Borussia Dortmund in January but only arrived this summer – and Chelsea have undergone an evolution under their new head coach.

“I know the talent they have,” Lampard said on Friday. “I love them as lads as they bring enthusiasm and quality. Youth isn’t everything but I believe in what they can do.”

Lampard's faith in these youngsters is absolute. Yet he knows they must be handled with care. Which is why he has something of a selection dilemma ahead of the Blues' Premier League opener against Manchester United.

Old Trafford is an unforgiving environment; the pressure of performing in front of 75,000 people can't be underestimated. Many coaches would favour experience over youth for that reason. 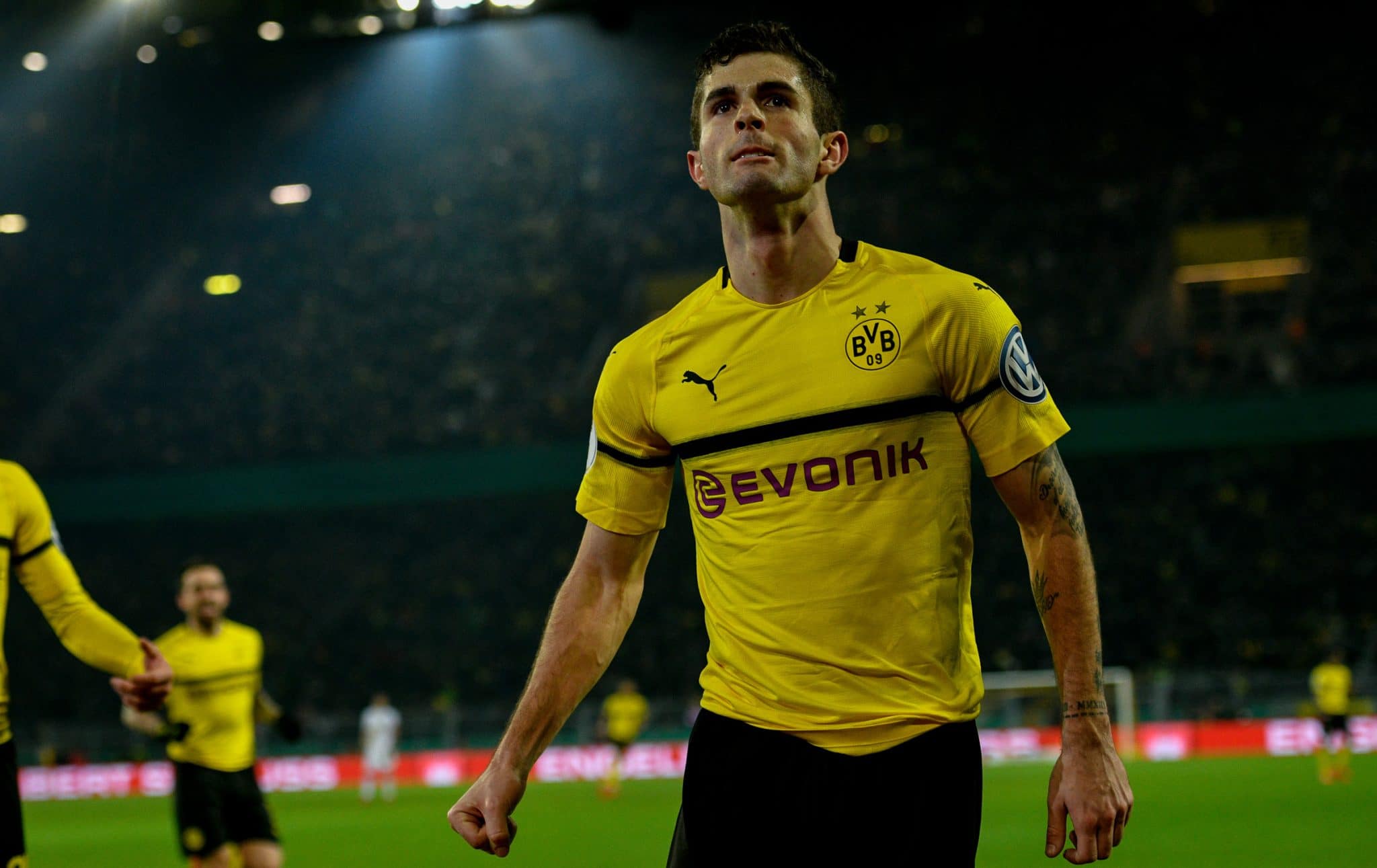 However, Pulisic won't be fazed – Dortmund's average attendance is more than 80,000 – and Mount proved last season he can thrive on the big stage. He was part of the Derby side which shocked United in the League Cup and scored in the penalty shootout.

That leaves Abraham. The role of lone frontman is not an easy one to play. Less so without a wealth of top-flight experience and nous. Any weakness will be exposed, highlighted in front of a packed stadium and a watching worldwide audience.

Lampard has alternatives. Olivier Giroud is a World Cup winner, a striker with more than 500 club appearances to his name. Michy Batshuayi, meanwhile, is a full international and has played in the Premier League, Bundesliga, LaLiga and Ligue 1.

So who should lead the Chelsea attack at Old Trafford and beyond? Let's analyse. 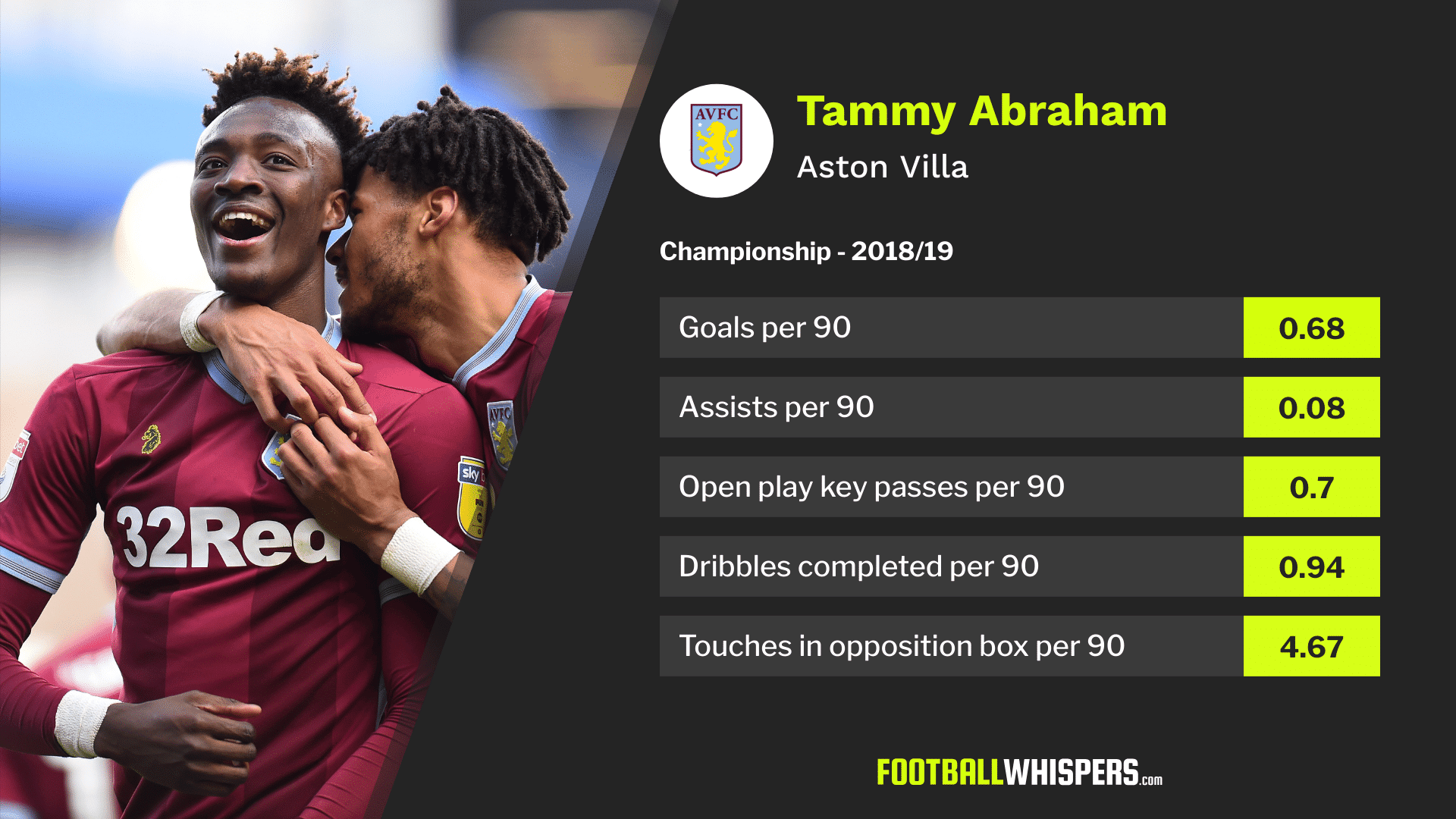 Abraham has had two stints on loan in the Championships, first at Bristol City and then at Aston Villa. He was a regular scorer in both spells and impressed another Blues legend while in the Midlands last season.

“As an academy player, when he came over to train with the first team, me and Gary Cahill used to think; ‘oh no, here we go',” John Terry, Villa's assistant coach, explained in January.

“You knew he was going to come over and put himself about – run the channels, score goals,  be hungry, passionate. As one of the older ones in the group, I just wanted a nice easy day against a middle-aged striker!

“The thing I love about him is that you see him scoring goals in games, but he's exactly the same in training in the week. He'll run away and punch the air in a five-a-side game.” 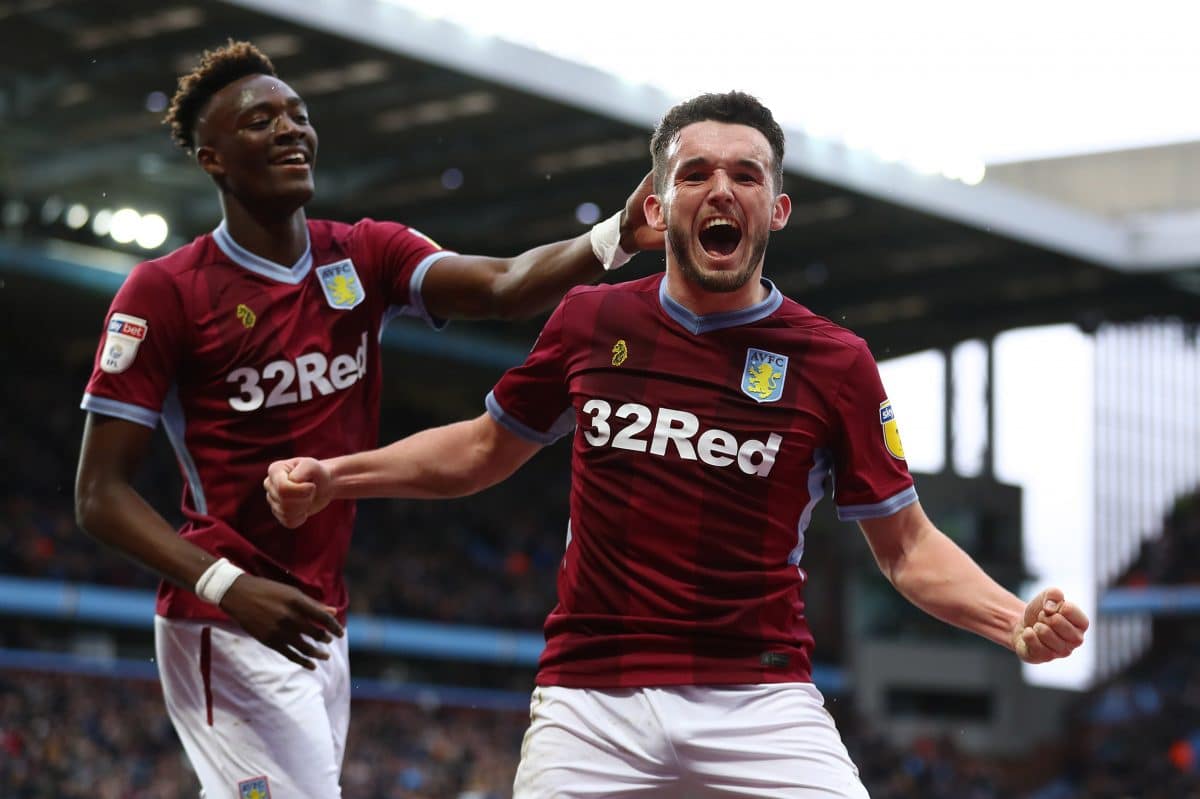 Abraham is a goalscorer. Always has been. In his academy days, he would hit 40 goals a season. He maintained that prolific touch in English football's second tier. If provided service he will find the net.

His all-round game, though, requires work. As shown in the graphic above, outside the area the England Under-21 international isn't a major influence. He was outside the top 25 Championship attackers last season for dribbles completed per 90 and outside the top 50 for open play key passes per 90.

That link play is where Giroud, in particular, thrives. He is a one-touch pass expert, the ideal striker for a give-and-go. It's why last season in the Premier League only three forwards could better his 0.43 assists per 90. He did, however, register just two league goals at a rate of 0.21 per 90.

Batshuayi, meanwhile, is more in the mould of Abraham. He is a penalty-box poacher and proved as much while on loan at Crystal Palace during the second half of last season. His goals per 90 of 0.59 were only bettered by just six Premier League attackers. His assists… well he didn't register one.

This is what makes Lampard's decision tricky. Each striker has their own qualities, their own USP. What is likely to sway the Chelsea head coach is who best fits his system.

In pre-season Lampard has predominately used a 4-2-3-1. The front four press intensely in an attempt to restrict space and cut off passing avenues. There can be no passenger if the press is to work.

That eliminates Giroud. The French forward turns 33 in September and doesn't have the athleticism or stamina required. He will be used by Lampard, but it's likely to be as a substitute.

Batshuayi has the physical attributes required but perhaps not the discipline. It's why the Belgian never won over Antonio Conte, he simply didn't follow the Italian's strict instructions.

It also should be noted the Belgian didn't travel to Austria for Chelsea's penultimate game of pre-season: the victory over Red Bull Salzburg. Instead, he was left at the club's training ground alongside the Tiémoué Bakayoko and Danny Drinkwater. It's hardly a ringing endorsement.

That leaves 21-year-old Abraham. He may not be the complete forward, he may make errors, and he may frustrate. But he has the work rate needed to ensure Lampard's tactical plan works and the goalscoring instinct recent Chelsea No.9s have lacked.

He is the right choice.