Although Dele Alli still has a slim chance of playing for England in their crucial clash with Panama on Sunday, the Tottenham Hotspur midfielder did not take part in Friday’s final training session ahead of the game.

England manager Gareth Southgate used the session to work on tactics ahead of his second World Cup match in charge of the national team and would have surely ran through a number of systems and formations that were prepared to deal with Alli spending the match on the sidelines.

The 22-year-old attacking midfielder would be a huge loss for England, but not a crucial one. And within his squad, Southgate has a number of options that he could turn to if he is forced to shake things up on Sunday.

The most likely option seems to be introducing Chelsea midfielder Ruben Loftus-Cheek to the starting XI as an almost like-for-like replacement for Alli. However, despite Loftus-Cheek’s clear attributes, he is a slightly different player than his Tottenham counterpart. Even if he will be tasked with playing in the exact same position.

For starters, the Chelsea midfielder doesn’t tend to score nearly as many goals as Alli. This season has seen the Tottenham man average 0.31 non-penalty goals per game in the Premier League, while Loftus-Cheek has found himself contributing just 0.08. 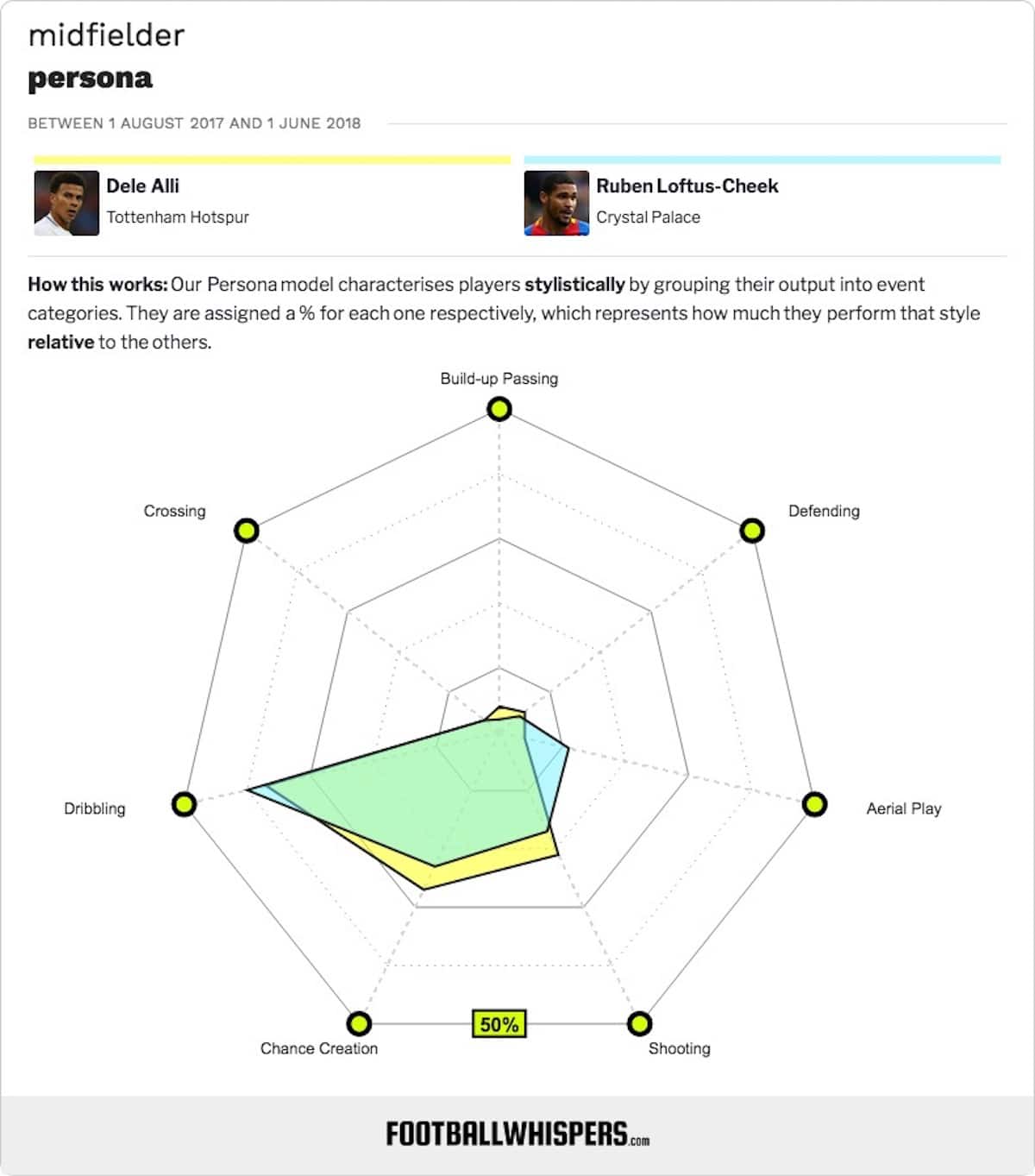 Of course, the Chelsea youngster has played far less for his own side and often out wide when he does come on for the Stamford Bridge outfit, but there’s no denying that over the last season, on loan with Crystal Palace, he hasn’t looked anything like the goal threat that Alli has become.

Loftus-Cheek would be tasked with not only matching Alli’s goalscoring threat but also the playmaking he brings to this England team and in this case he may also struggle to cover for the injured star.

Over the past season Alli average 0.29 assists per game, which was over twice as frequent as Loftus-Cheek tended to pop up with an assist in the Premier League. Similarly, Loftus-Cheek’s key pass average of just 0.21 per match isn’t exactly poor in isolation, but it becomes worryingly low when compared to Alli’s 0.47 per match.

Sure, Loftus-Cheek may be able to occupy the same position in the pitch and play a similar box-to-box role for England, but over the past season the Chelsea midfielder hasn’t suggested at all that he’s prepared to score or create assists as frequently as Alli can. And with just five caps to his name there’s also the additional question of whether he’s ready to handle the pressure at this level.

However, if Southgate isn’t entirely convinced by Loftus-Cheek he does have other options.

Rather than make a like-for-like change in personnel, the England manager could bring on a more defensive midfielder like Eric Dier to sit alongside Jordan Henderson. Although that may seem counter productive at first, it would then allow players like Raheem Sterling and Jesse Lingard to attack and play in the Panama final third with less fear or worry of tracking back and covering every counter-attack.

Or, if Southgate is determined to stick to his attacking guns, he could instead opt to bring Marcus Rashford in to the side. Although the Manchester United talent is primarily a forward, he could quite happily occupy the left side of any makeshift attacking line and allow someone like Sterling to drop back in to midfield.

That may, again, seem odd to place the Manchester City attacker further down the pitch, but in truth Sterling’s average position when either playing up front, out wide or as a central midfielder always tends to end up in the middle of the final third as a No.10 either way. And slotting him in to Alli’s usual position wouldn’t make a huge amount of difference to his usual game.

Panama aren’t as stubborn a side as Tunisia and although this England side are trying to remain as modest and humble as possible, there’s plenty of talent within this team to overcome a team that Belgium ultimately beat quite convincingly.

The key to doing so will be Southgate ensuring that his team is perfectly balanced. If an attacking player or a full-blown forward that is set to replace Alli then the rest of the team will perhaps have to do more defending. And if it’s a holding midfielder that comes in then the likes of Lingard and Sterling will need to know that the onus is on them to be more direct towards goal.

Either way, Southgate has plenty of options to use if Alli can’t play on Sunday. He’ll just have to make sure he picks the right one.