Manchester United‘s stellar start to the 2017/18 season has been founded on consistency. Consistency of both form and of the manager's selection. Each player knows their role and the 4-2-3-1 system has become so well-defined that anyone coming into the starting XI can slot in seamlessly.

But there remains one position of uncertainty. José Mourinho has given game time to four different players in the left-back position so far this term, and the Portuguese boss would be hard-pushed to identify which of the quartet is his best option.

We've analysed the statistics of the four men in question – Ashley Young, Daley Blind, Matteo Darmian and Luke Shaw – to see who should be considered the first-choice option in the position.

With the current season still in its infancy, the stats for the campaign so far offer too small a pool of data to draw any conclusions from, so we've traced the numbers all the way back to the beginning of the 2016/17 term right up until United‘s last league game, a 4-0 win over bottom-placed Crystal Palace.

The role of the modern full-back is about as much more than simply defending, with players in the position perhaps even more important to the way teams attack than to the defensive side of the game.

With that in mind, we've split the stats into two categories: “attacking contribution” and “defensive contribution”, to see who offers most in each phase of play. 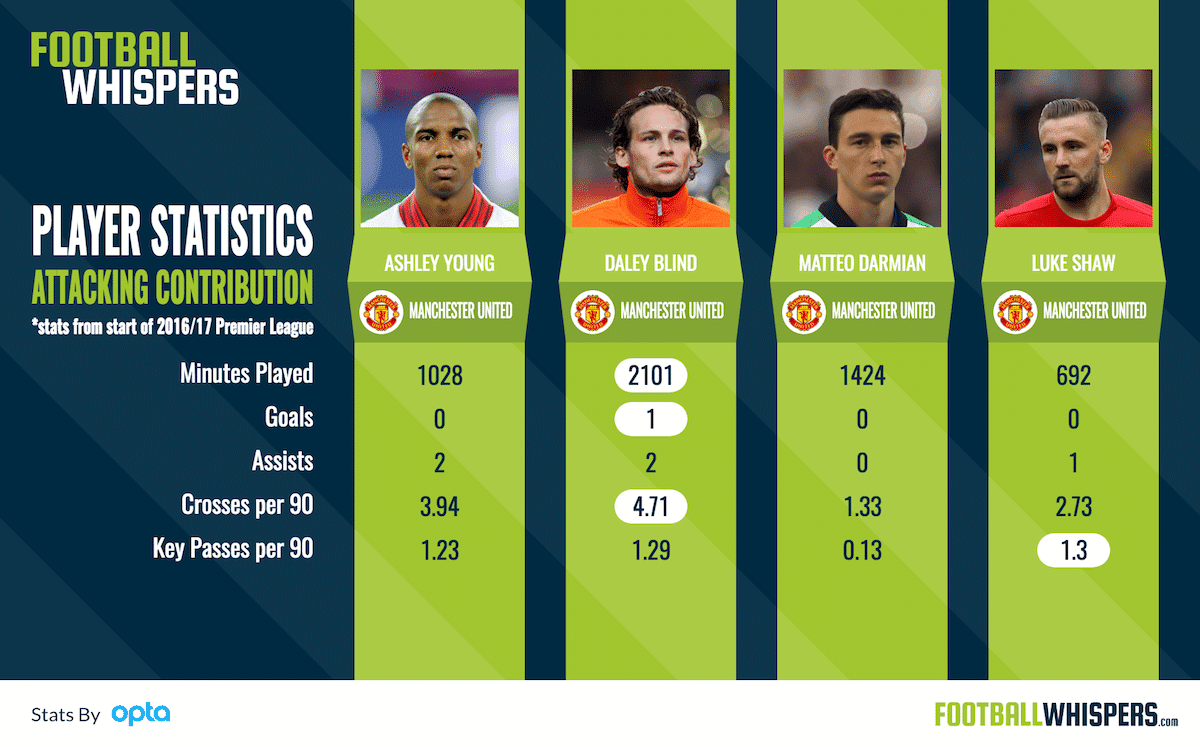 The above graphic, perhaps surprisingly, shows that Blind is the most impactful when it comes to attacking. He is the only one of the four to find the net at all, and he equals Young's return of two assists – although the Englishman's return came in half the amount of playing time.

Although Blind lacks pace, he has fantastic technique, and he comes out on top when it comes to crosses per 90 minutes, owing much to the diversity of his deliveries, able to swing centres from deep as well as from the byline. 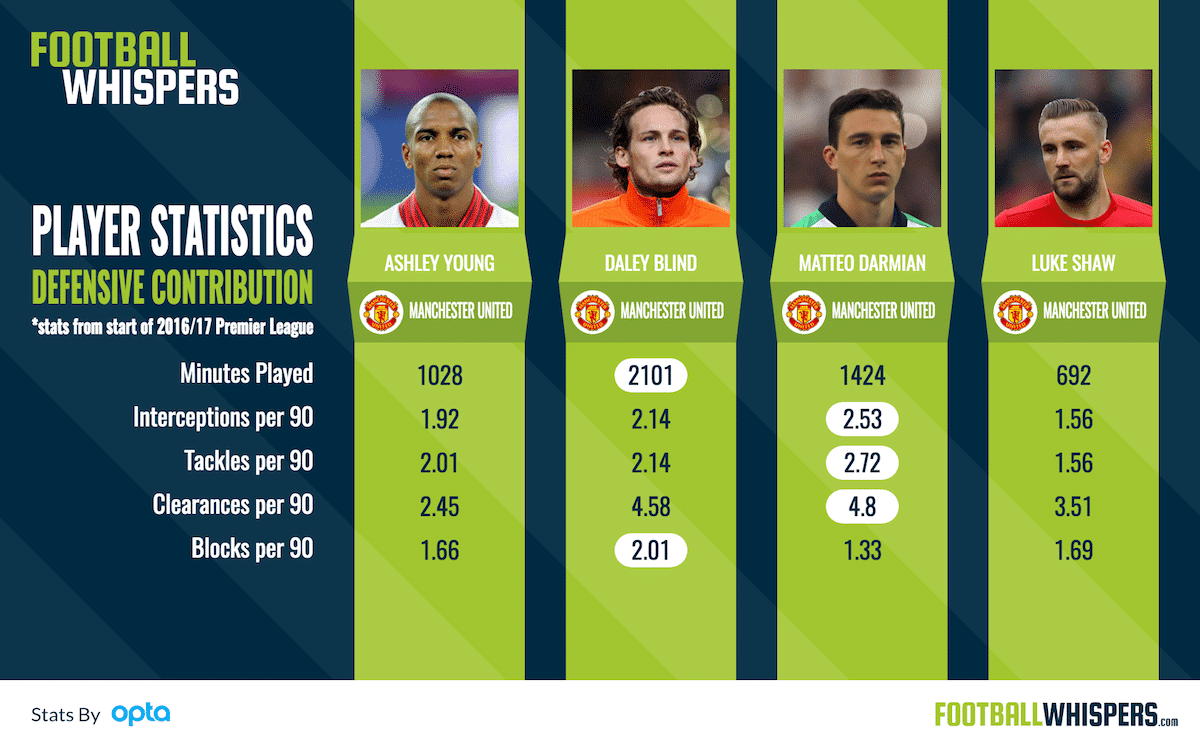 Defensively, it is no shock to learn that Italian international Darmian is top dog. The former Torino man is lacking offensively, especially when playing on the left as he is right footed and unable to provide quality deliveries with his weaker foot.

But Darmian is an astute and reliable defender, making more interceptions, tackles and clearances per 90 minutes than his positional rivals in Premier League action since the start of last season.

However, Blind still scored well defensively, pushing Darmian close when it comes to clearances and bettering both Shaw and Young in interceptions and tackles, showing that the Dutchman is arguably the best all-round option at left-back for Mourinho.