Who Makes a Bayern Munich vs Arsenal Combined XI?

Bayern Munich are in imperious form at the moment, and it will take a miracle for Arsenal to pick up a victory in the Allianz Arena on Wednesday night, but as Paris Saint-Germain showed on Tuesday, anything is possible.

This is the fourth time in five seasons that the Germans have faced the Gunners, and although the Bundesliga champions haven’t lost at home in the UEFA Champions League since 2014, Arsenal have actually won two of the previous six matches.

Both teams can boast a red-hot striker amidst their ranks, with Chilean forward Alexis Sanchez scoring 19 goals in all competitions this season, while Robert Lewandowski has found the net an incredible 23 times.

How do the rest of their team-mates measure up? Let’s break down each side to create a combined XI. 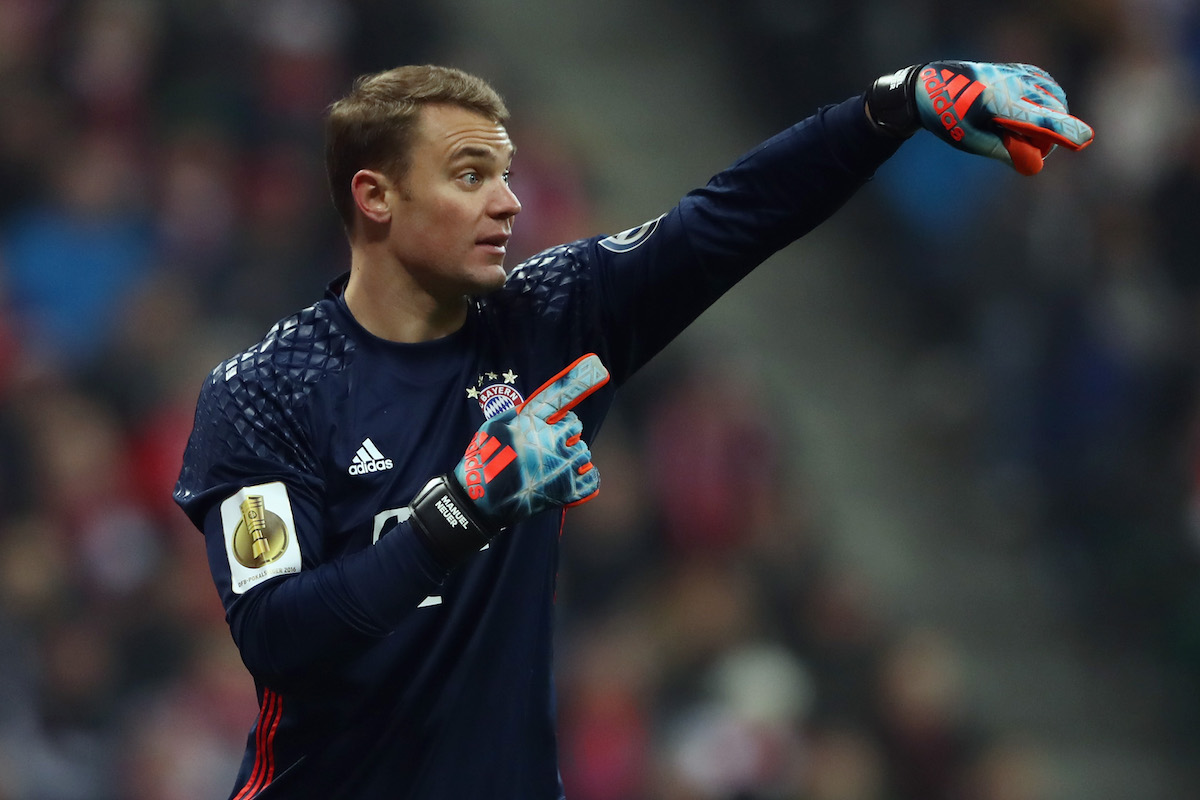 Maybe a few years ago this would have been a tougher choice, but Neuer is without doubt one of the best goalkeepers in the world right now.

He joined Bayern from Schalke in 2011 and the 30-year-old has been the undisputed No.1 for club and country ever since.

A phenomenal sweeper-keeper, he sets the tone for this whole Bayern defence. Petr Cech has been off his game at times lately; how the Gunners would love someone of Neuer’s calibre protecting their goal.

He announced his decision to retire at the end of the season, so maybe next time Hector Bellerin would stand a chance, but Lahm is still head and shoulders above most.

The German has the greater big-match experience, is a leader and a superb reader of the game.

With the 33-year-old set to hang up his boots, football is losing one of its best ever right-backs. 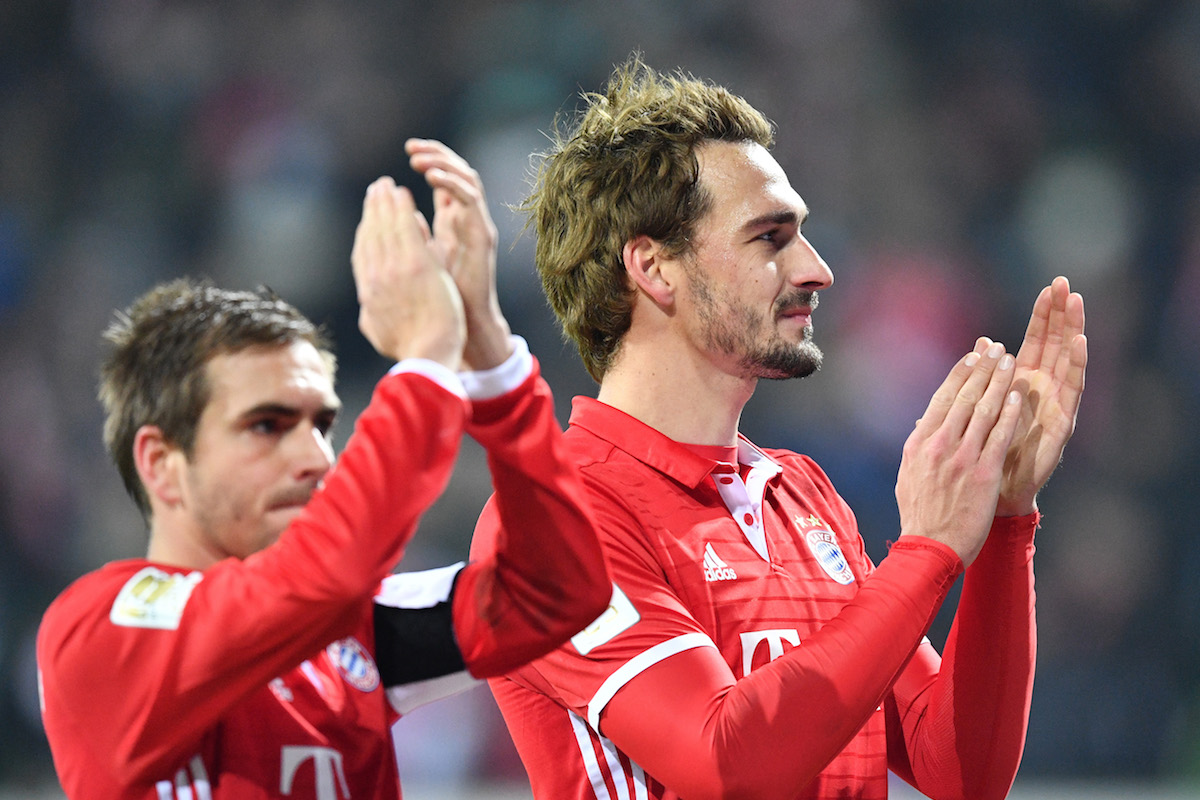 He leads his team in clearances and aerial challenges won, only pipped in tackles by Thiago Alcantara, Bayern have a great defensive record because of Mats Hummels.

The German international makes it in ahead of Shkodran Mustafi and he will be the wall that Arsenal must penetrate on Wednesday night. 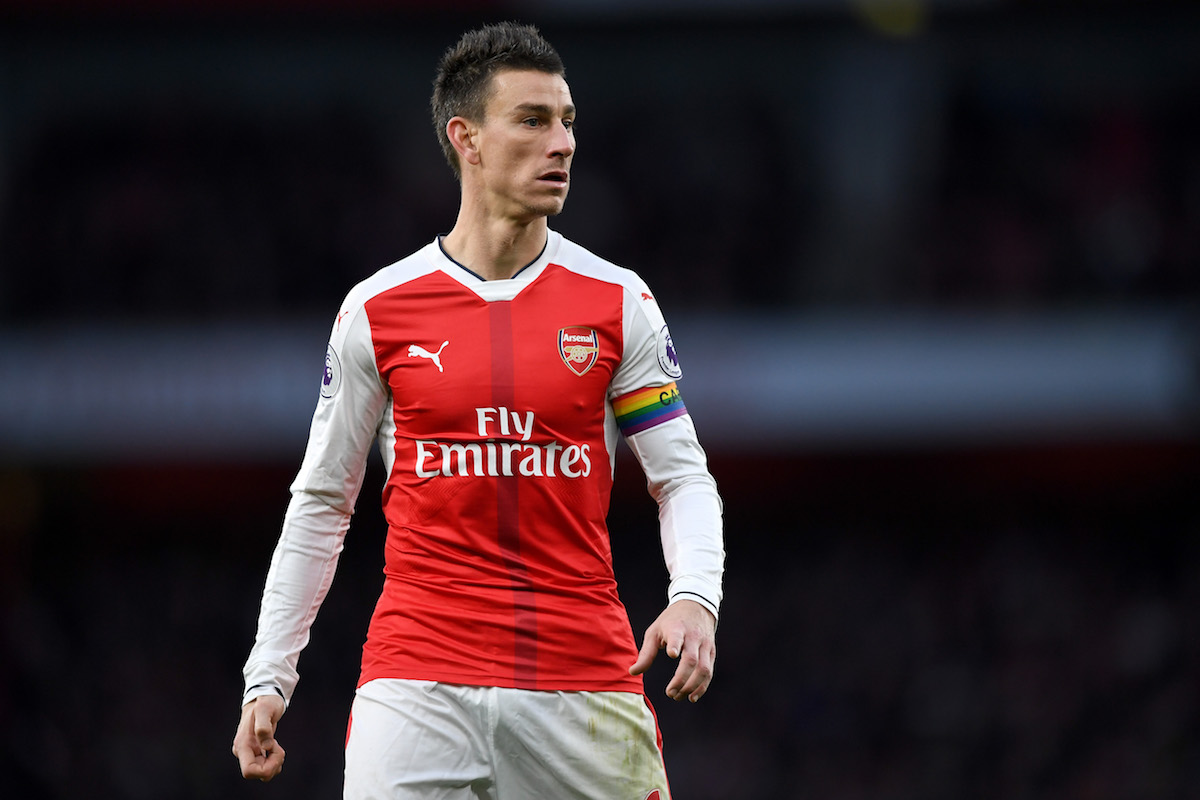 The first Arsenal player to make the list, and it’s well deserved. Had Jérôme Boateng been fit, this would have been a tougher choice, but the Gunners leader had to be included.

The 31-year-old Frenchman leads his club in interceptions and clearances and he will need to be at his best for Arsène Wenger, if Arsenal are to keep the Germans at bay.

His physical battle with Lewandowski will be a fascinating watch.

The Austrian scored against Arsenal in the 5-1 thumping last season and the versatile youngster is a superb option from the left flank.

Arsenal have problems in this area, so Alaba walks in unchallenged. Captain of his country, he is one of the best players in the world in his position.

Fast, powerful, good on the ball, everything you want in a rampaging full-back.

Declared fit for Wednesday’s fixture, Xabi Alonso is the protective shield in front of the Bayern defence. His reading of the game is still immense, ahead of anything Francis Coquelin and Granit Xhaka can do.

His vision, experience and passing ability add stability to the midfield. Alonso never looks ruffled and is an examplary professional. 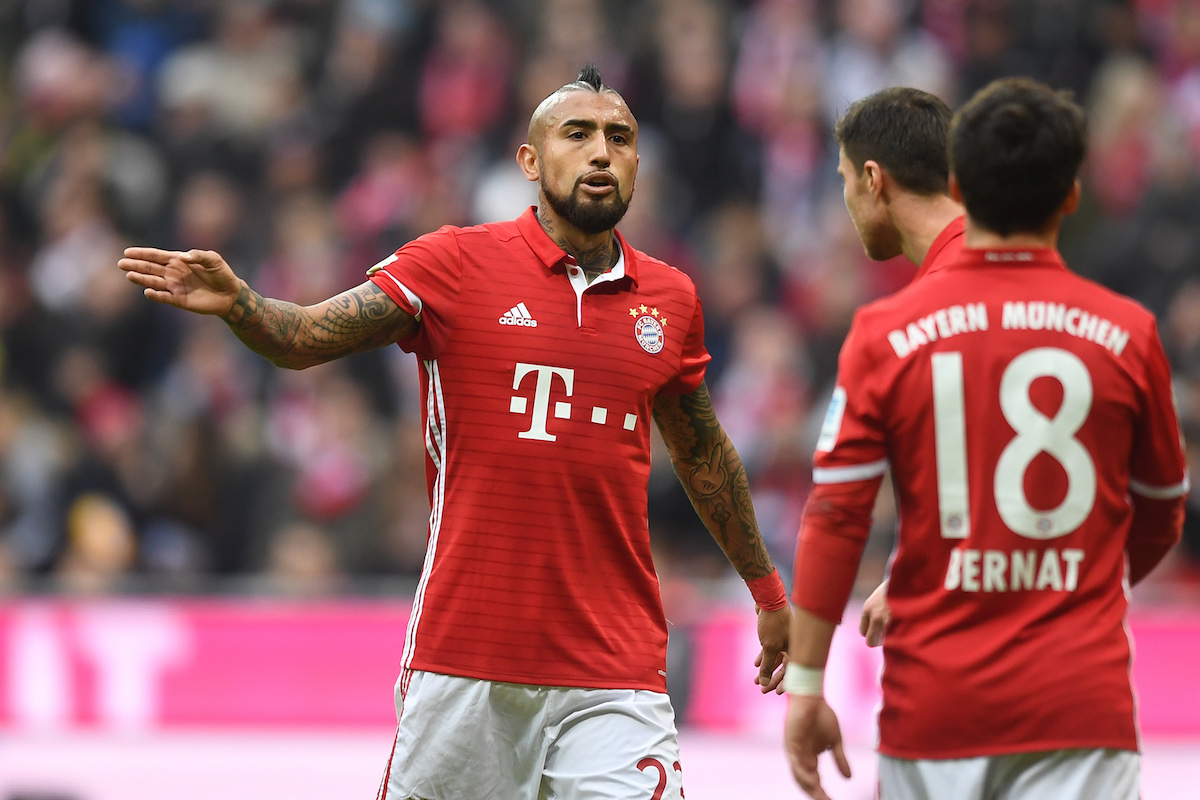 Heavily linked as a Chelsea transfer target since Antonio Conte took over at Stamford Bridge, the Chilean midfielder would be perfect in the Arsenal team.

Vidal does everything: tackling, dribbling, scoring, plus, he’s an excellent passer and is superb at pushing the team forward in attack.

This is an area of the pitch where Arsenal can’t match the German champions.

Thiago, the former Barcelona man, has been in excellent form this term. He has three goals and three assists in the league, leads the team in tackles and interceptions.

Showing he is more than a playmaker, he has developed superbly under Carlo Ancelotti. This gives him the nod over of the Arsenal midfield duo and puts him miles ahead of the struggling Mesut Özil.

Arjen Robben on Bayern Munich: "You cannot improve. There is not one club that will be a step higher." pic.twitter.com/6GLz0t0jte

Rather than fighting against Arsenal players for this position, the Dutch winger is keeping out Thomas Müller.

The German has started just 14 games and has only one league goal. Robben is enjoying a great season, with seven goals and three assists.

Both would get in ahead of Theo Walcott, but the former Chelsea winger has a habit of stepping up for the big occasion. Playing against Nacho Monreal, he could have a very good night. 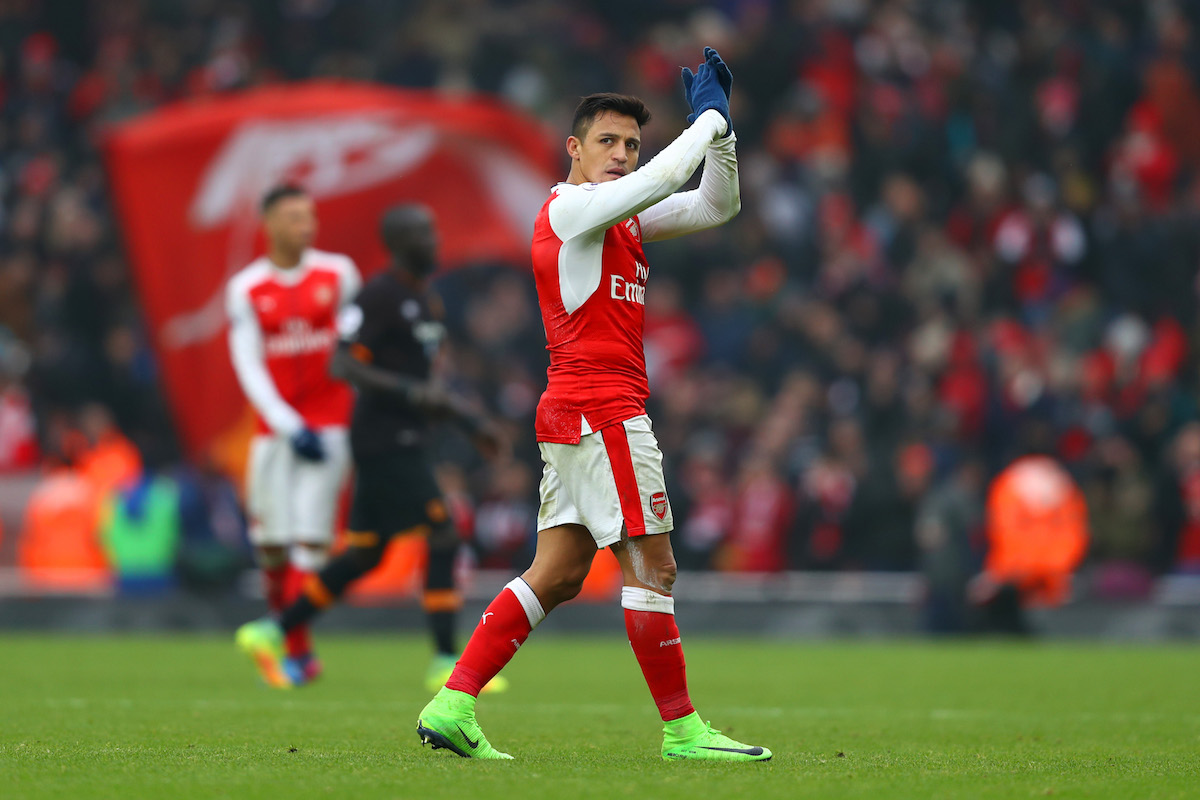 Arsenal’s one truly class player. If the Gunners are to achieve anything on Wednesday, it will be because of the play of Alexis Sanchez.

If Olivier Giroud gets the nod as Wenger’s centre-forward, Sanchez will start wide, but he will have the freedom to go where he pleases.

One black mark against him this season is his goal-scoring record in the Champions League. He has just two goals in six games, this is where Arsenal will need him most.

No such problem for the Polish international striker. Lewandowski has five goals in six Champions League games, 15 in the league, and is one of the best centre-forwards in the world.

He’s physical, a threat with the ball in the air and at his feet. His movement is world-class and he is the type of striker that has defenders waking up in the middle of the night in a cold sweat.

No disrespect to Giroud, but the 28-year-old striker is the type of player Arsenal fans dream of seeing turn up at the Emirates. 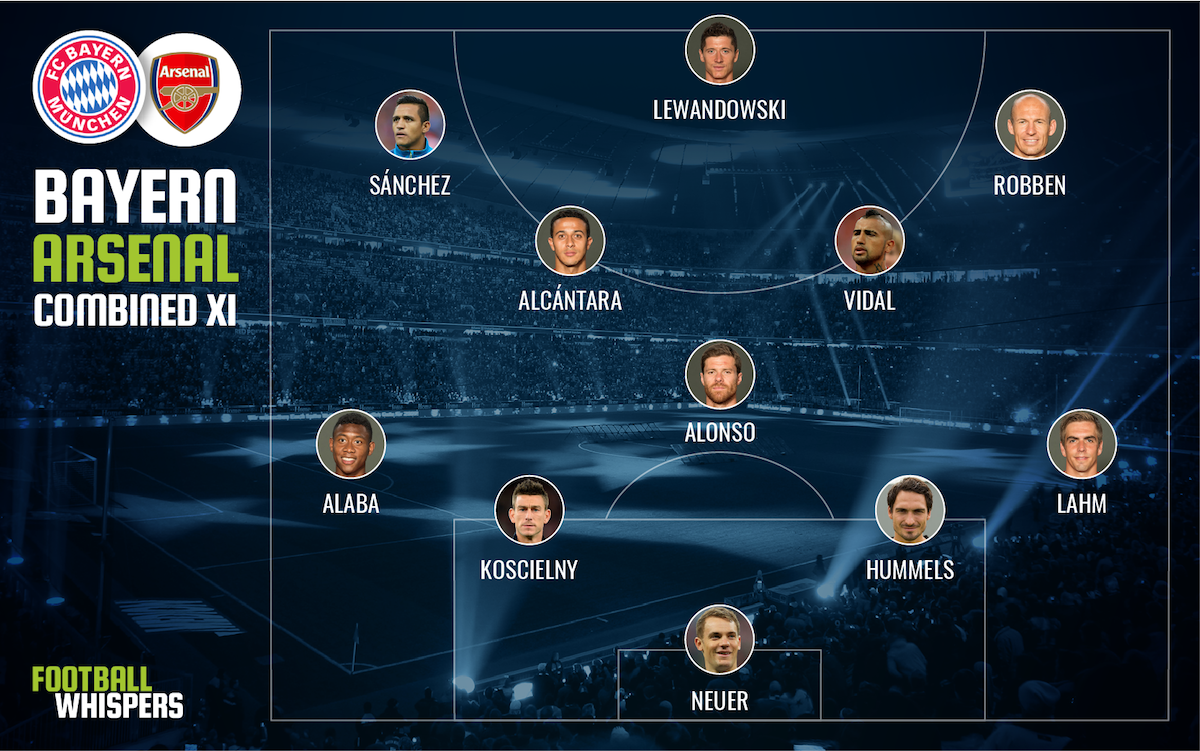 Read Why Wenger must drop Mesut Özil to save Arsenal's season.