When the history books are  written, the 2015/16 Premier League campaign will certainly go down as one of the craziest on record; the mega rich champions fell into obscurity while the likes of Leicester City, West Ham United and Watford have thrived. There has been twists and turns at ever corner, with plenty of intriguing subplots developing along the way.

The evolution of Dele Alli at Tottenham Hotspur has been one of the most mind-blowing stories of all. Within the space of a year, the 19-year-old has progressed from hot prospect at MK Dons to instrumental figure for the potential Premier League champions. Throw in a rapidly burgeoning international career, and it makes for a truly spectacular tale.

But it’s one that also gives fresh hope to some of England’s rising stars; the transition from the Football League to Premier League has been successfully completed by a host of players in recent years with the likes of Jamie Vardy underlining that dreams can come true. In Alli, those youngsters now have a youthful inspiration figure too.

Here are 10 current Football League stars that could be ready to make the grade over the next couple of seasons.

Sheffield United teen Che Adams announced himself to the public in phenomenal circumstances just over one year ago as he came off the bench to score twice in two minutes against Premier League side Tottenham. While the Blades eventually lost out, it was a night which underlined the talent and confidence that the young attacker possesses.

Still only 19, Adams has hit nine league goals this term and is currently being tracked by Manchester City amongst others. Notably, there is a strong feeling that the rising star could become twice the player he is by simply increasing his dedication to the game. Should a chance at the top level arise, that personal motivation would immediately shoot through the roof.

Some cynics may dismiss the achievements at League One, but Adams is showing the attributes needed to thrive at any level. The young Blade has pace, power and a keen eye for goal. Those talents will trouble any defence; just ask Spurs. 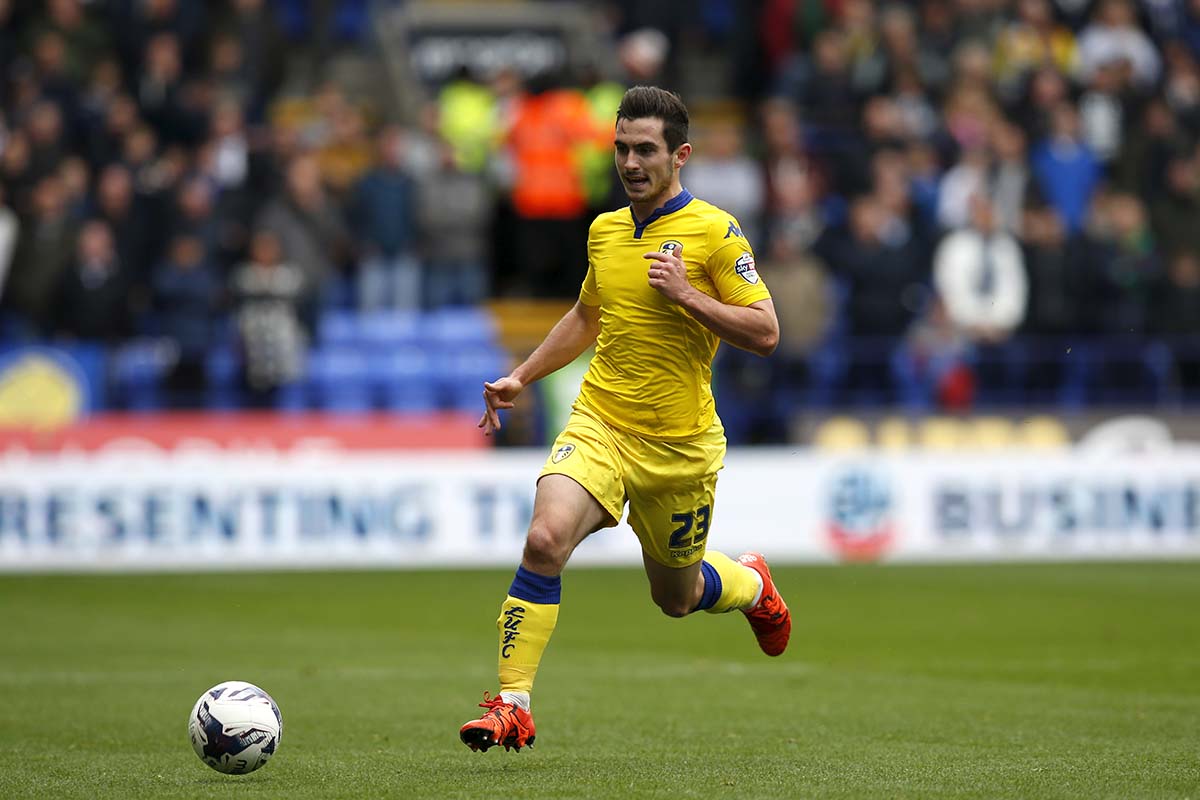 Throughout a turbulent season both on and off the pitch at Elland Road, Championship side Leeds have been very grateful for the maturity of one of their youngest stars. Midfielder Lewis Cook has been the consistent force that the club has required during this campaign, and he has turned the heads of several Premier League scouts.

The versatile 19-year-old has occupied both defensive and attacking duties whilst also occasionally playing out wide. Cook has quickly established himself as a fans favourite over the past two seasons and is rapidly approaching a century of appearances for the Yorkshire giants.

However, it wouldn’t be overly surprising if a top flight team comes knocking this summer. His authority on the ball has been a huge asset for Leeds and suggests that the England U19 star could cut the mustard at a higher level too. Often likened to former Leeds star Fabian Delph, Cook will surely get his shot on the big stage at some point. 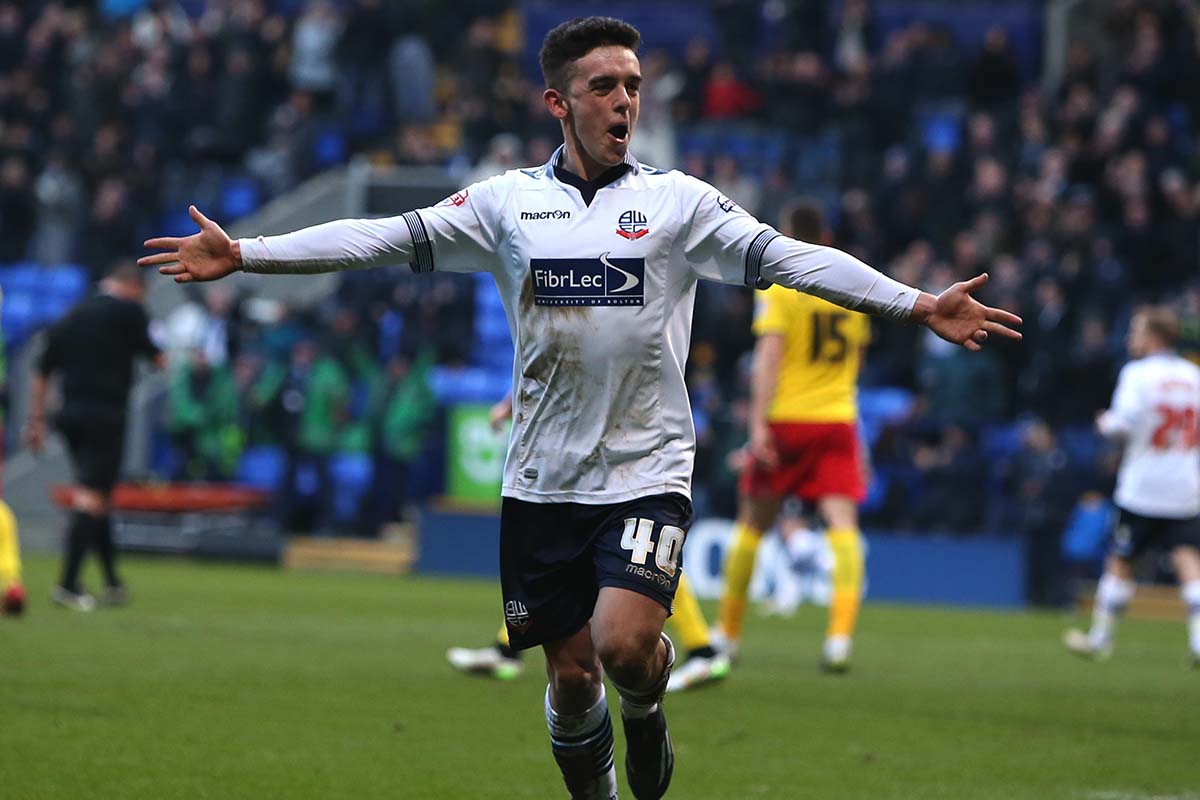 A disastrous campaign both on and off the pitch is one that all Trotters fans will want to forget in a hurry, but the continued progress of the highly rated Zach Clough is a reason for optimism.

The 21-year-old attacking midfielder hasn’t exactly thrived, but he has shown more than enough quality to suggest that he could once surrounded by better players. The technique and dribbling skills are certainly there; with a little fine-tuning on those decision making and passing skills, there’s nothing to stop him enjoying a successful career.

Unfortunately for Bolton, the imminent relegation to League One will probably force them to lose a star that they’ve been developing for over a decade. Still, at least they can command a decent transfer fee. 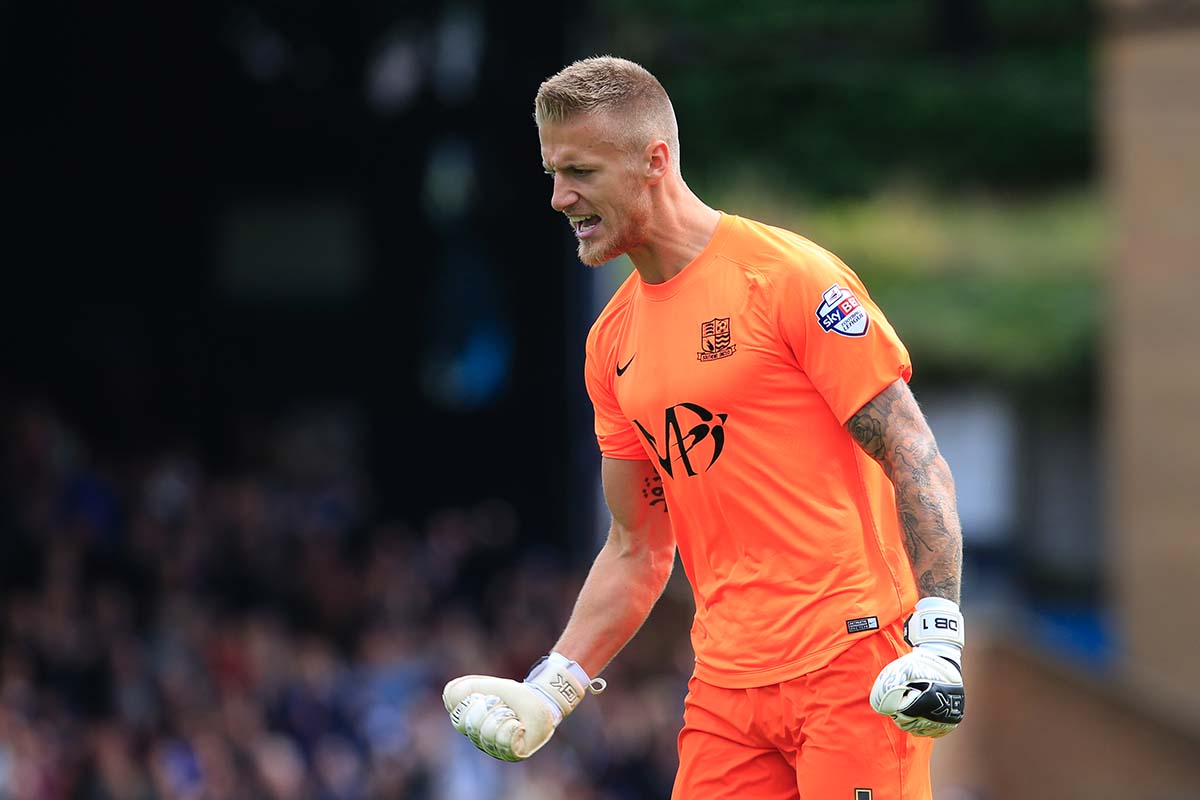 Goalkeeping coach Terry Mason has worked wonders at Roots Hall over the past few seasons, producing two top class goalkeepers at the League One club. Backup custodian Ted Smith has represented England up to U20 level and is considered one of the hottest young properties in English football, but he has nothing on the Southend No.1.

Despite being just 22, Dan Bentley has amassed well over 100 senior appearances for Phil Brown’s side, setting a host of club records along the way. Meanwhile, the former Arsenal youth star has been on the radar of West Ham United for several years and has recently been suggested as a potential successor to the departing Tim Howard at Everton.

Whether it’s this summer or not, it seems inevitable that the 6ft 4in goalkeeper will be destined for a career at the top sooner rather than later. 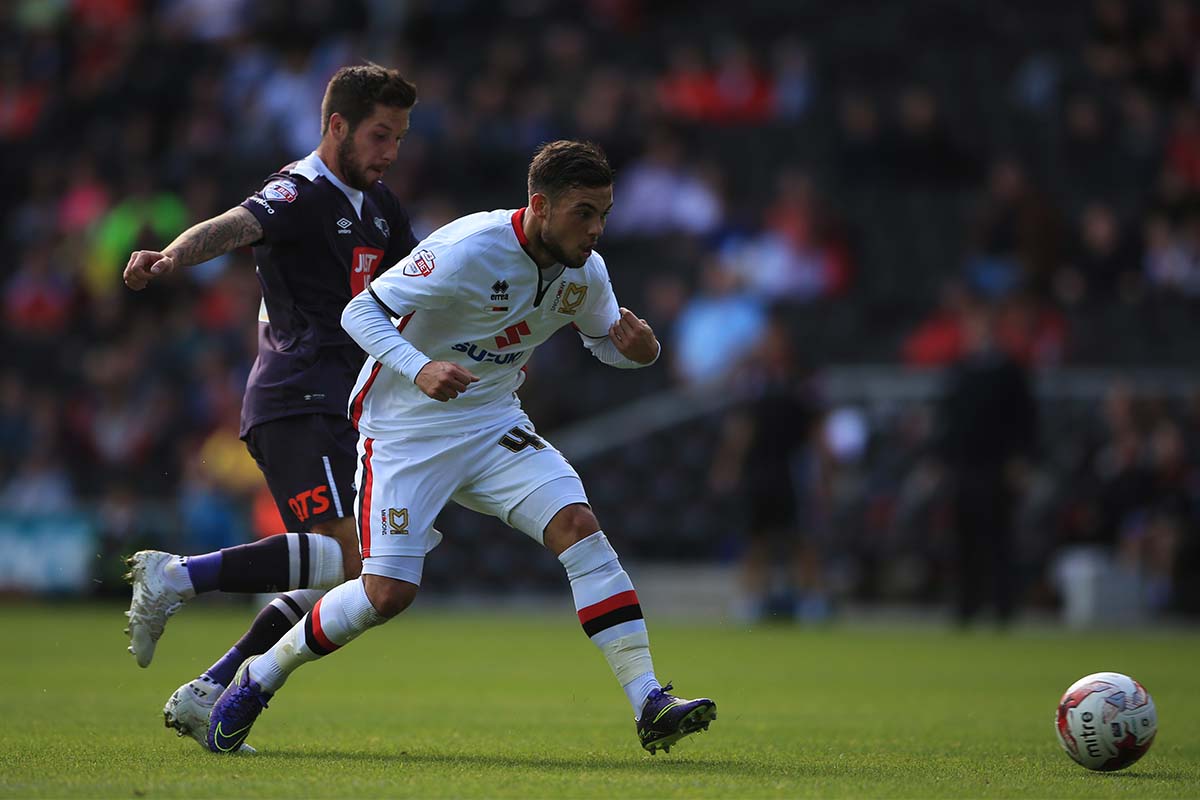 England U21 star Jake Forster-Caskey might currently being plying his trade at Championship rivals MK Dons, but the 21-year-old star is still very much regarded as a key man for the future of Brighton & Hove Albion.

The youngster has amassed well over 50 appearances for the Seagulls and is a regular for Gareth Southgate’s Young Lions too. The midfield anchor will be fully focused on helping his loan club avoid relegation, but if his parent club do gain promotion to the Premier League, he could be a top flight player next term.

With Darren Caskey and Nicky Forster as his father and step-father respectively, the Brighton man has a lot to live up to. But if he continues to progress as he has, he should surpass the accomplishments of both father figures with relative ease. 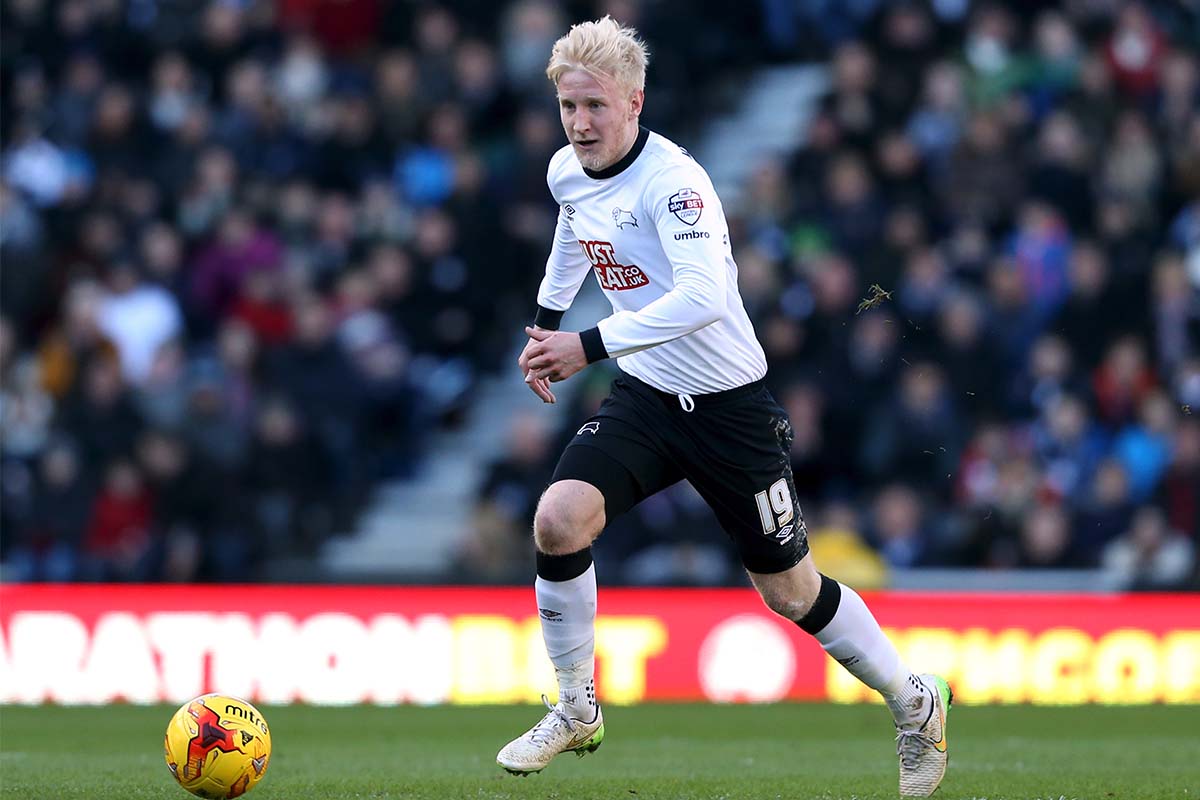 A season-long injury has seen Derby’s Will Hughes become the forgotten man as far as the public eye is concerned. Nevertheless, having just turned 21, the midfielder is still very much one of the hottest young talents outside of the Premier League.

Several Premier League clubs are reportedly weighing up a summer move for the 2014 Championship Young Player of the Year. With a return to action imminent, the final weeks of the current campaign could be crucial to proving his ability to rediscover his best following that extended absence.

In spite of his age and missing a full campaign, Hughes has racked up nearly 150 senior club appearances in addition to 17 England U21 caps. The injury has stalled Hughes’s progress, but the Derby man can still achieve great things in the game. 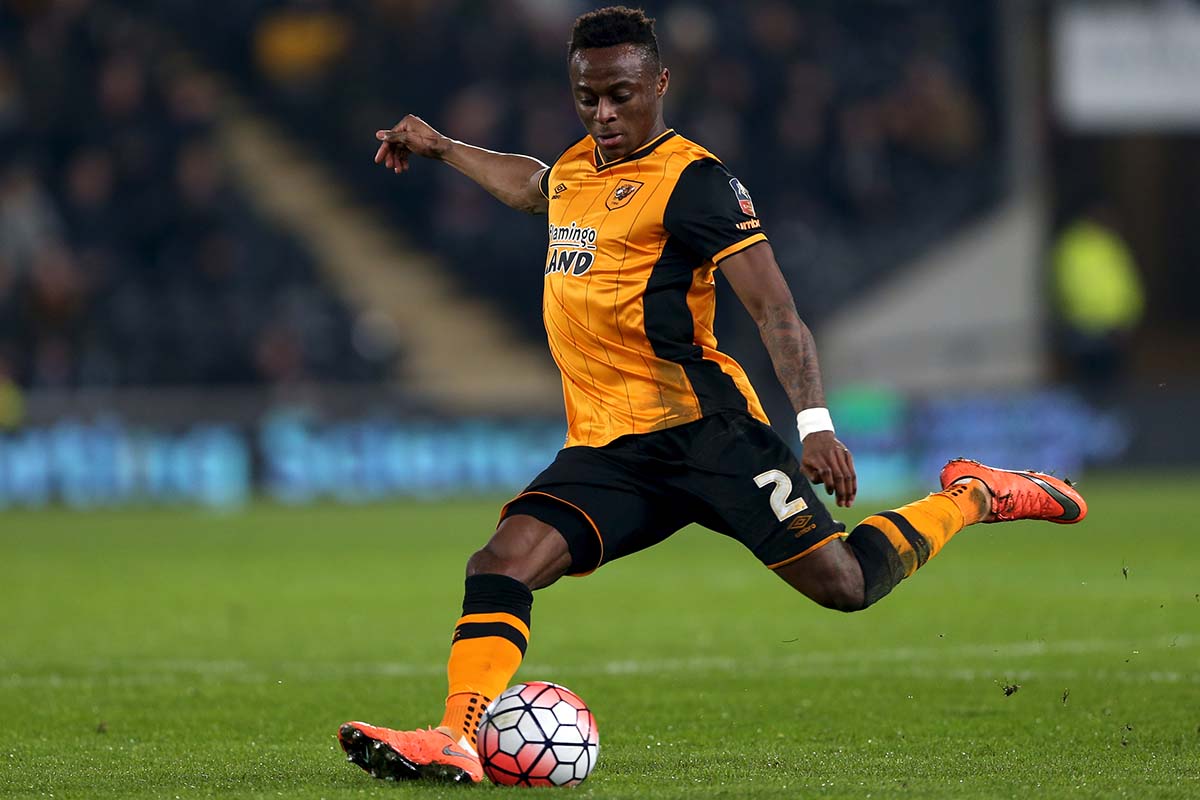 Having already impressed at both Leyton Orient and Brentford, Steve Bruce forked out £3.5m for 22-year-old Moses Odubjao last summer. If the full-back’s first year at the KC Stadium is any sort of barometer, it could prove to be one of the shrewdest moves the Tigers boss has ever made.

Odubajo has undoubtedly been one of the Championship’s most consistent performers in 2015/16, consistently showing his ability to block crosses and dispossess opponents. Meanwhile, his experiences of playing further up the pitch have equipped him with some impressive attacking attributes too.

If Hull do gain promotion, they’ve already got their right-back position solved. If they don’t, the Tigers could sell the youngster for a healthy profit. Either way, don’t be surprised if Odubajo becomes a household name over the next year or two. 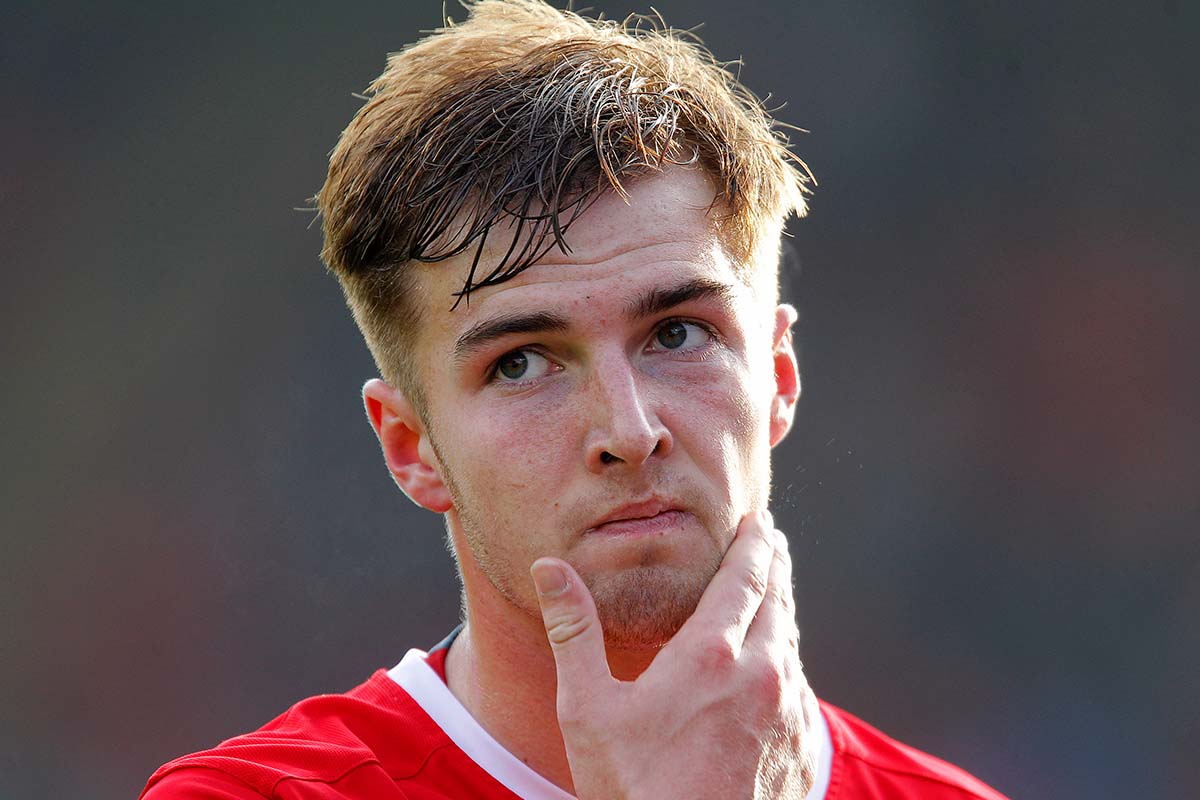 After seeing their young defender break onto the scene last year, Barnsley had to fight hard to keep James Bree at Oakwell last summer. This season, the 18-year-old has developed into an even greater talent, and looks destined to develop into a player of far better quality than League One.

Bree has played an important role this season, and could make the step up to Championship level this summer without the need to jump ship. Whether it’s the second or third tier, we’d expect him to  progress from rotational squad player to key member next term.

Involvement with the England youth setup looks inevitable over the coming months too. Bree might be a few years away from reaching the top, but there’s no doubting his potential to shine. 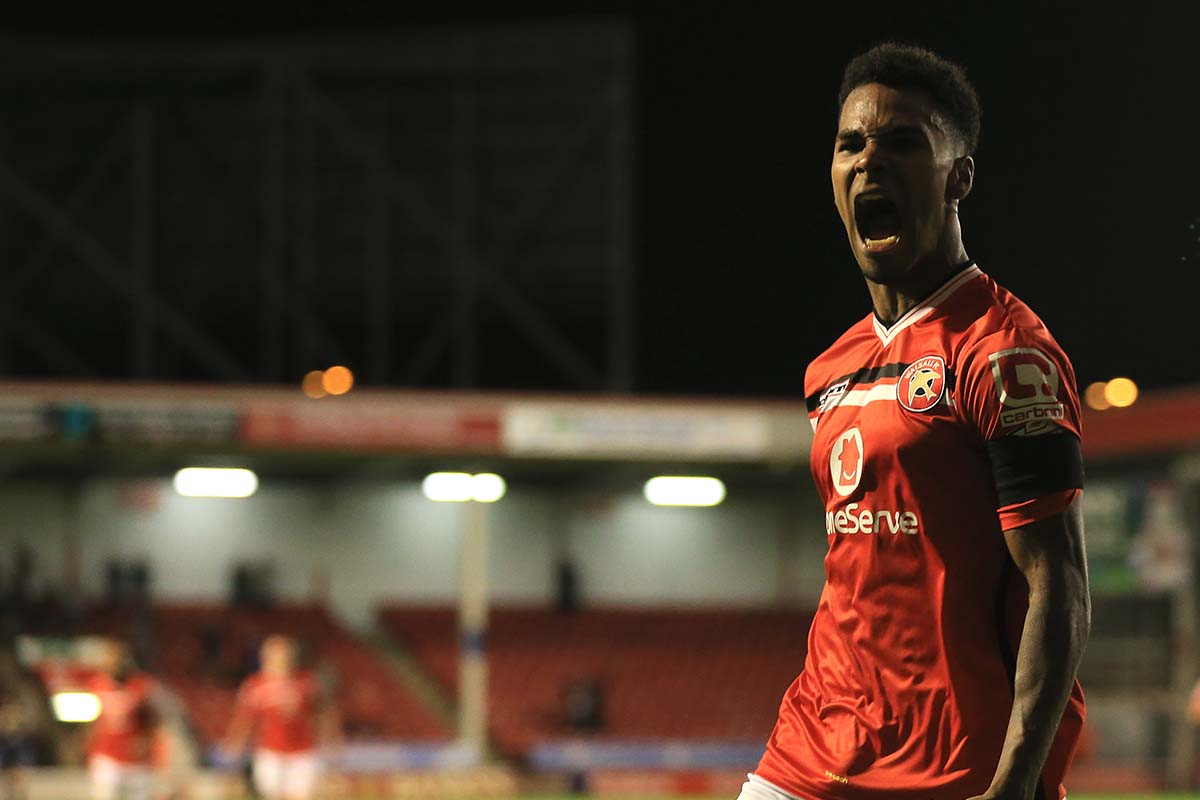 After breaking into the Saddlers senior team last season, 2015/16 has seen Walsall’s Rico Henry develop into one of the Football League’s best left-backs. The 18-year-old has played a starring role in Walsall’s unexpected title challenge and has subsequently been tipped for a very bright future indeed.

The diminutive yet powerful speedy defender is being tracked by a number of top clubs, but is likely to have at least one more season at the Bescot. Former boss Sean O’Driscoll was also adamant that the left-back will eventually become a winger. Could we have another player in the mould of Gareth Bale on our hands?

Even if he becomes half the player that the current Real Madrid superstar is, the Walsall star will be set for future stardom. 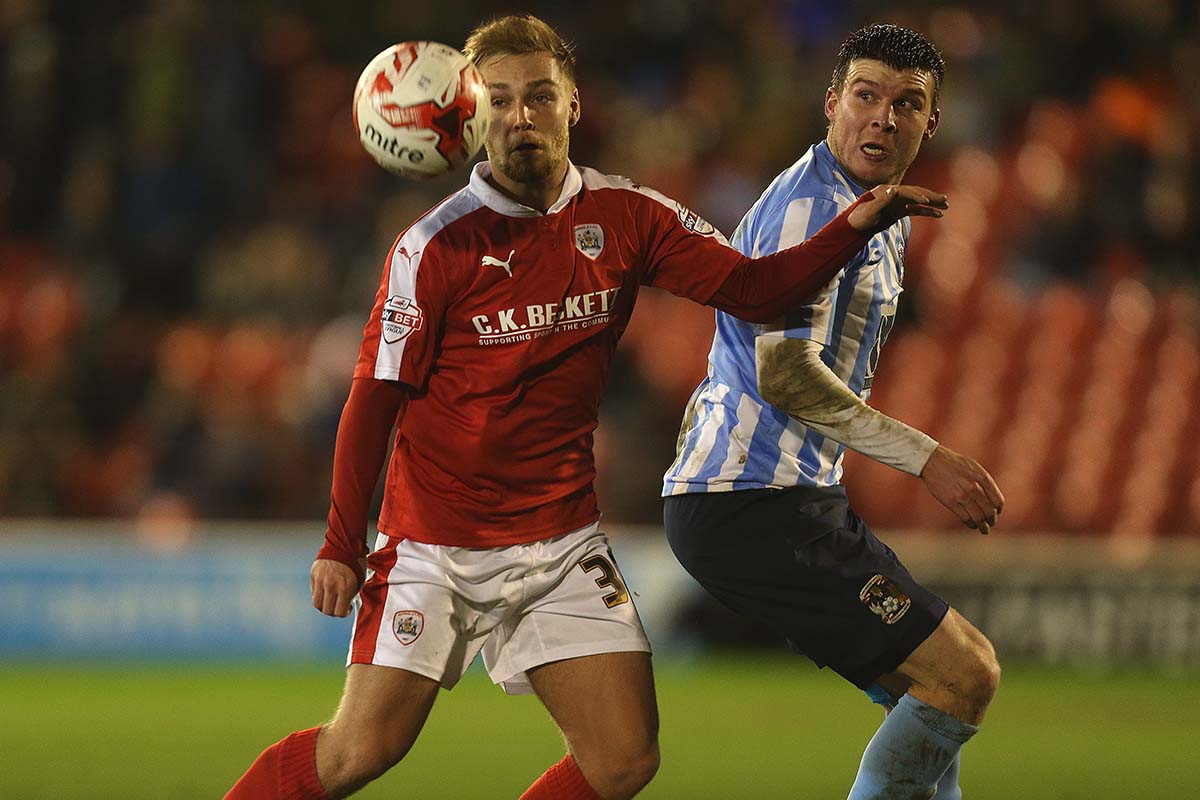 When it comes to nurturing young talent, Middlesbrough Football Club is highly regarded as one of the country’s greatest institutes. Winger Harry Chapman is the latest product of Boro’s respected academy, and top individuals at the club have held back nothing when making predictions of the  things he’ll achieve in the game.

The 18-year-old is currently on loan at Barnsley, and helping the League One surmount a late charge towards automatic promotion. However, he will be expected back at the Riverside, where he has been since the age of seven, and will be expected to push for a regular place in the first team during 2016/17.

If the current campaign goes well for Aitor Karanka’s men, that could make Chapman a Premier League star before his 19th birthday. Either way, expect big things from the Boro teenager in future years.