Despite spending in excess of £120million in the summer on defensive upgrades, Manchester United are eyeing up another centre-back. And, according to reports in Spain, Mohammed Salisu is the club's preferred target.

The 20-year-old has impressed for Real Valladolid this term and has been an ever-present in all 14 of their LaLiga matches. The report in Diario de Valladolid claims Everton, Newcastle, Southampton and Norwich City are also keeping tabs on the defender and that his £10million release clause has put him at the very top of their wishlists.

United, however, are in pole position to land him due to the fact Salisu happens to be represented by Juan Mata’s father. The youngster joined Valladolid's youth setup in October 2017 and broke into the first-team squad last season. The 6ft 3ins Ghanaian ticks plenty of the boxes for a modern-day centre-back.

Quick over the ground, comfortable when defending the channels and dominant in the air, he’s far from the finished product but at 20 he isn’t going to be. The important thing is that the raw tools are there. If managed properly he could be special.

Salisu's current deal with the LaLiga side expires in 2022 and the feeling is Valladolid are prepared to cash in on their academy graduate. And given there is a dearth of world-class central defenders, clubs are now prepared to gamble on potential.

Leicester City parted with around £33million to sign Çağlar Söyüncü and Filip Benković during the summer of 2018. The former has filled the void left by Harry Maguire’s £80million move to Man United and if he was sold tomorrow the Foxes would not only cover the costs of both the Turkey international and Benkovic, they’d made a huge profit, too.

What all that means is Salisu is worth the risk. Even if he doesn’t reach the standards expected at Old Trafford, his low fee guarantees the Red Devils make a profit down the line so long as he stays fit.

On paper, the centre-back is impressive. He’s winning, on average, 65 per cent of his aerial duels in the Spanish top-flight. That is a figure only the Premier League’s elite defenders usually manage. He’s also winning over 50 per cent of his tackles and regaining possession close to four times in the defensive third on a per 90 basis.

Salisu is careful when in possession. He attempts 37.93 passes and completes 31.45 of those per 90. He’s even attempting close to four passes in the final third, showing he can get forward and keep the ball in advanced areas.

An encouraging stat is his percentage of passes forward. Passive defenders average roughly 20 per cent, the 20-year-old is averaging 40 per cent. He’s proactive and positive in possession. 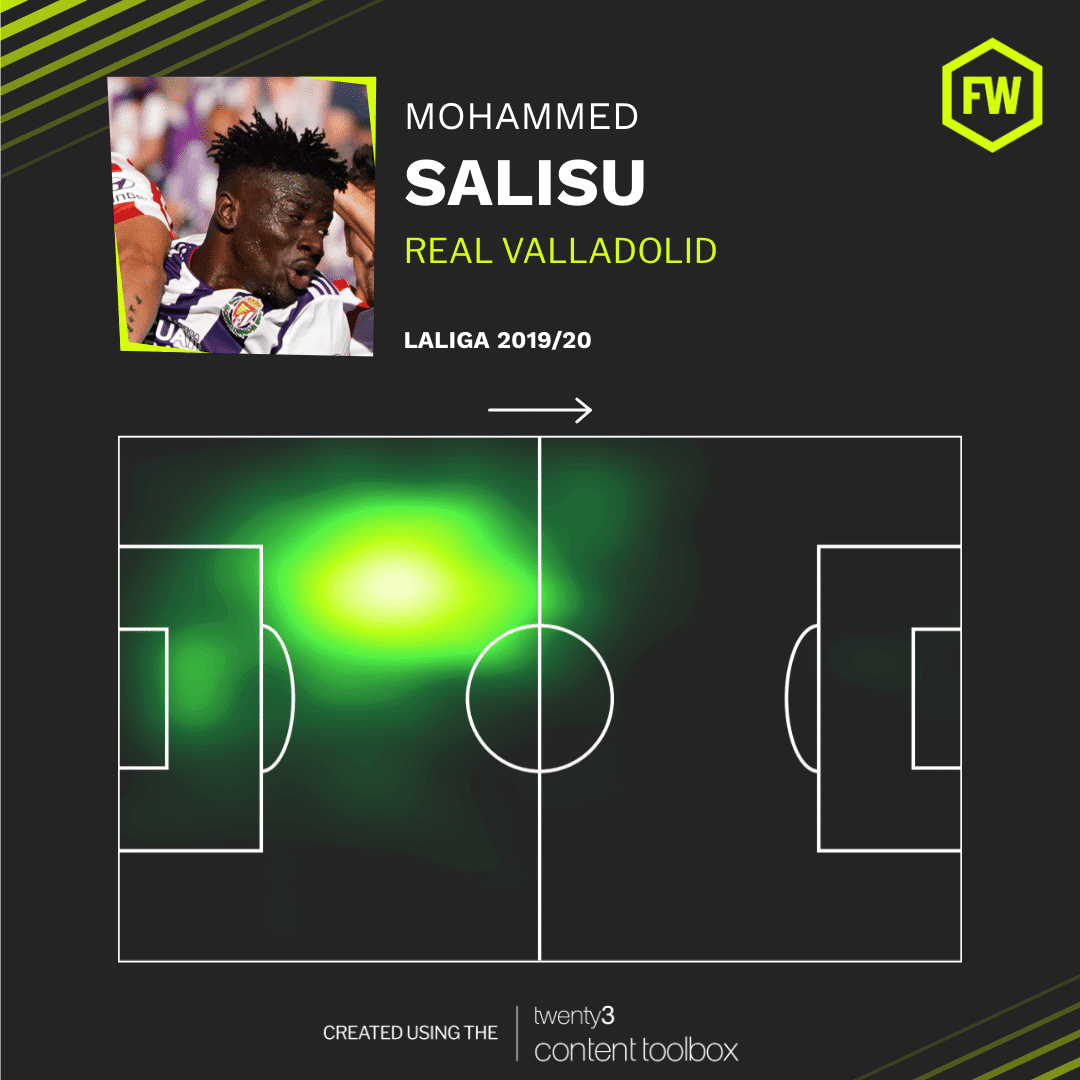 However, as with all highly-rated prospects, Salisu needs games to develop. Whether he'd get that with United is up for debate: he would be in direct competition with Maguire for the left-sided centre-back position.

While some claim switching sides as a defender isn't a problem, there are others who feel it can be detrimental to their form. It doesn't seem like a drastic change but with centre-backs, it is all about positioning. They know where they are based on factors that don't ever change such as the sideline, the 18-yard line and the halfway line.

Switching sides changes all of the reference points and defenders often need time acclimatise. During that transitional period, mistakes can happen. Often costly ones.

The question is whether or not United feel confident moving Maguire and bracing themselves for potential mistakes alongside the inexperienced Salisu or whether they want to try to turn the left-footer into a right-sided centre-back to play alongside the world's most expensive defender.

Unless there's a clear plan in place, one that suits all players involved, the Red Devils should resist the urge to bag themselves a bargain by leveraging their relationship with Mata and his family.