ANTONIO Conte is going to have to act fast if he wants to complete a deal for Brazilian starlet Thiago Maia Alencar, to give him his full name, by the end of the transfer window.

There has been plenty of transfer speculation surrounding Chelsea since Conte's arrival in England – and the 19-year-old defensive midfielder could yet be added to the Blues' squad before 31 August.

Wonderkid Maia, whose combative style has been likened to former Blues’ man and compatriot Ramires, is a graduate of the famed Santos academy that has produced the likes of Robinho, Ganso, Diego, Elano and Giovanni in recent years.

The £15 million-rated youngster made 15 appearances for the Estádio Vila Belmiro club in Brazil’s Serie A during his breakthrough season of 2015/16 – and has attracted interest from across Europe – his agent Alexis Malavolta has even claimed that Santos have already turned down substantial bids from Atletico Madrid, Juventus, Monaco and Arsenal already.

Maia has been named in Rogerio Micale’s squad for the Men’s Olympic Football tournament, which begins on Thursday (4 August) where the hosts take on South Africa in their opening match of the Rio Games.

Born in Boa Vista, a mere 300 miles from the Maracana Stadium – where the Gold Medal Match will be played on Saturday 20 August – the skilful left-footer will join line up alongside Neymar and Douglas Costa who have been named as two of the three permitted ‘over age’ players in under-23’s squad. 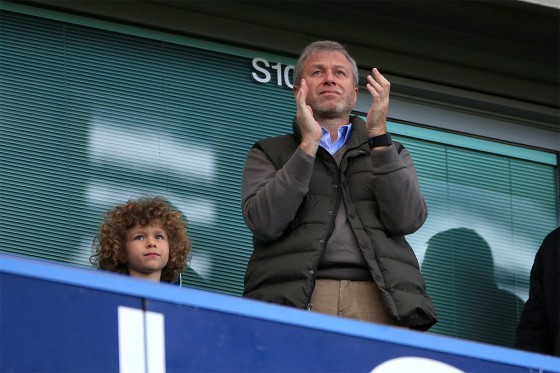 One potential red flag for Chelsea owner Roman Abramovich to consider before signing off a third deal of the summer – following the arrivals of N'Golo Kante and Michy Batshuayi – is the ownership set-up of the player, who is represented by notorious businessman Kia Joorabchian.

Sheffield United fans will recall Joorabchian’s name with little fondness after the Iranian negotiated the deals that took Argentine duo Carlos Tevez and Javier Mascherano to West Ham United in 2007 – commonly known as the transfer that nearly broke a club – the season when the Blades were relegated from the top flight.

That season the Londoners were slapped with a £5.5 million fine for breaking the Premier League’s player third party ownership rules – but the Irons avoided the drop at Sheffield United’s expense despite a lengthy court battle.

The ownership of Maia is unclear, with some reports claiming his contract includes third party ownership. Santos look resigned to losing their prized asset in this transfer window – they tied the player down to a long-term deal through to 2019 last December – but a sports agency called DLX have begun a legal case claiming they are entitled to 28% of any sale.

One thing’s for sure, Chelsea boss Conte and Europe’s other big hitters will all be watching on with interest when Maia takes to the field for the Olympic Games this month.