Celtic appear set to bolster their defensive options with the signing of South African centre-back Rivaldo Coetzee but how much do we know about him?

Currently playing for Ajax Cape Town, his club announced via Twitter the youngster would be on his way to Glasgow shortly.

“We are extremely proud to announce an agreement with @celticfc, for the sale of defender Rivaldo Coetzee, has been concluded,” read the tweet.

A statement also appeared on the club’s official website, reading as follows:

“Coetzee will join Celtic on a permanent deal, subject to the defender receiving a work permit and completing a medical. Everyone at Ajax Cape Town is extremely proud to see one of our own take the next step in their football career and wishes Coetzee all the best in his future endeavours. Good luck and make us proud ‘Riva.’”

Few in Scotland will know much of Coetzee, so we at Football Whispers have taken an in-depth look at the player and analysed what he will bring to Celtic.

Coetzee grew up in a football obsessed family, hence his name. “My father is a huge fan of Brazilian football and Rivaldo was his favourite player, which is why he named me after him,” he explains.

“I’ve had a ball with me ever since I was a little boy. My father played in goal for an amateur side. When he was out on pitch, I was behind his goal with my friends, kicking my ball around. I grew up in a small place, and everybody knew how much I loved football. Maybe they thought it was just the right name for him to give his son, because football was his life.”

After representing his local team as a youth, he signed for Ajax Cape Town, one of South Africa’s biggest teams, in 2014. He made his debut for the club that same year as a 17-year-old, going on to win Player of the Season and Players’ Player of the Season at the club’s end-of-season awards.

He became the youngster player ever to play for South Africa when making his international debut for his country in 2014, before going on to represent Bafana Bafana at the 2015 Africa Cup of Nations.

In nine games across all competitions this season, Celtic have kept a remarkable eight clean sheets. All in all they have conceded just one goal, and that came during a 4-1 thrashing of Heart of Midlothian.

This impeccable defensive record has helped Brendan Rodgers’ side to an exceptional beginning to their Scottish Premiership title defence, while also taking them to the brink of qualification for the Champions League proper.

However, they have yet to face a serious test. They have not encountered their strongest domestic rivals, Rangers and Aberdeen, while the European competition will only get tougher if and when they reach the Champions League group stages.

With this in mind, Celtic are wise to prioritise the centre of their defence, as this could be exploited as a weak point by superior opposition later in the campaign.

While Jozo Šimunović continues to impress at the heart of Rodgers’ back four, Erik Sviatchenko and Dedryck Boyata have struggled with injuries. Kristoffer Ajer shows promise but is inexperienced, leading natural central midfielder Nir Bitton to be used in a deeper role in recent games. 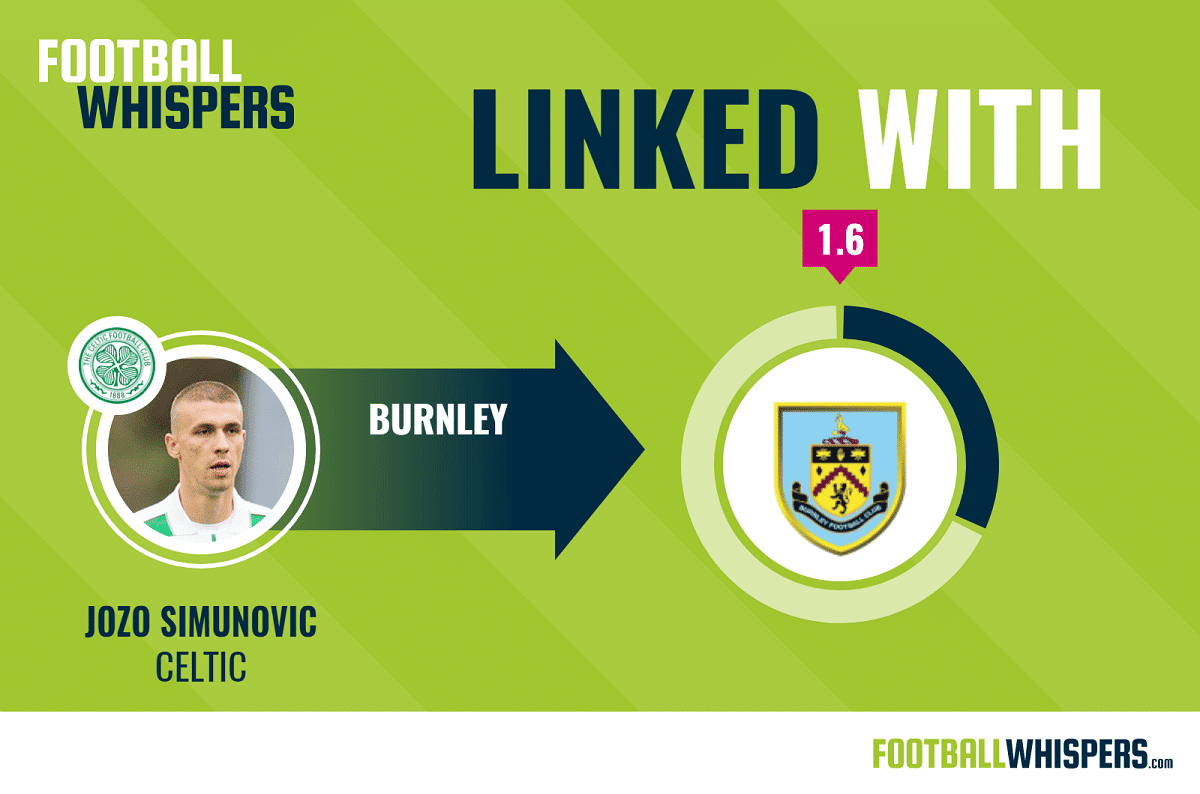 Celtic don’t necessarily suffer from a lack of quality, but they undoubtedly do lack quantity in this area at present. This informs their pursuit, and reportedly imminent signature, of Coetzee.

WHAT DOES COETZEE BRING?

One of the most important aspects in a Celtic defender’s profile is their ability on the ball. As a team that tends to dominate possession, if not by default than by tactical force, in virtually every domestic game, they require centre-backs who are comfortable driving at deep opposition defensive blocks and playing penetrative forward passes.

In this sense, Coetzee looks well prepared to pull on the green and white jersey. The 20-year-old displays an assuredness on the ball that will help him fit into Rodgers’ system, while he is technically capable of finding the incisive pass.

The below still shows his ability to pass through pressure. With a marker hassling him, he still finds an attacking team-mate with a vertical ball, breaking three lines with one accurate and intelligent touch. 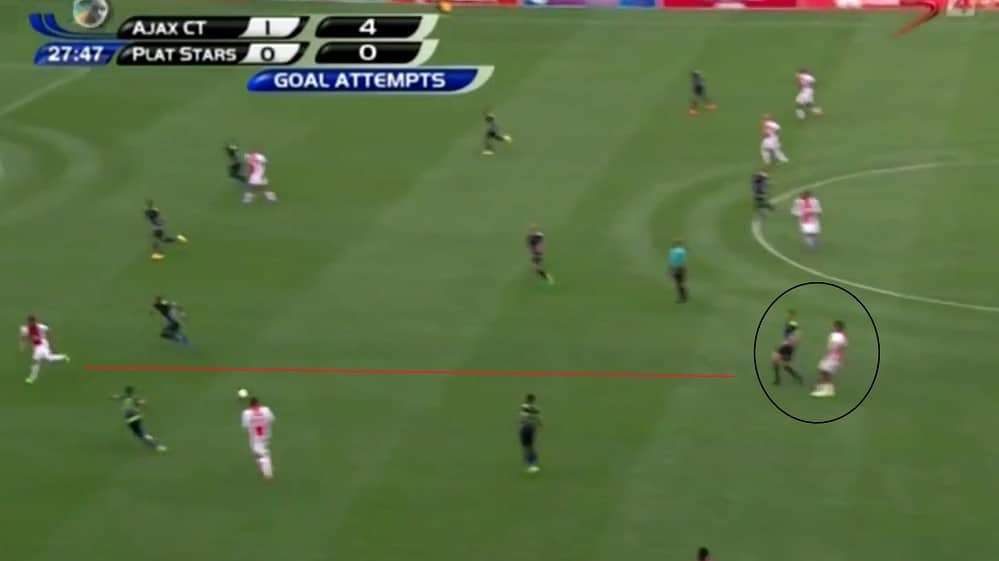 And, if the pass isn’t on, Coetzee is happy taking the ball out of defence by himself. With a first name like Rivaldo, some level of dribbling ability is almost expected, and he doesn’t disappoint.

In the below still, he has just beaten one opponent and is about to take on and beat another. By that point at the halfway line, he continues on beyond another defender before being hauled down. He wins his side a free kick and moves play forward simply using his own dribbling capacity. 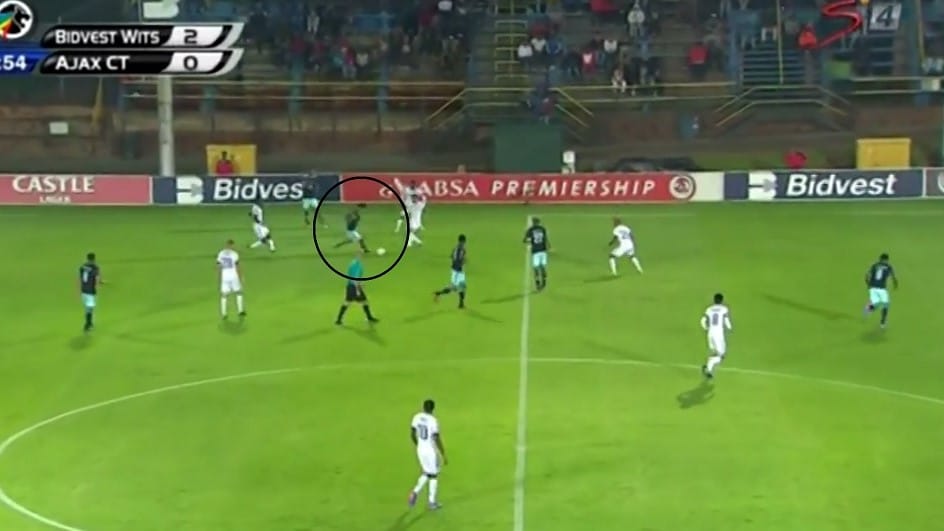 While in the Scottish Premiership Coetzee will be faced most often by deep defensive blocks, in Europe he is likely to come up against more proactive opposition defences. Thus, rather than driving forward, he will have to remain composed in the face of organised, higher pressing.

However, he does not generally appear overly fazed by this prospect. One example of this is seen in the below still. 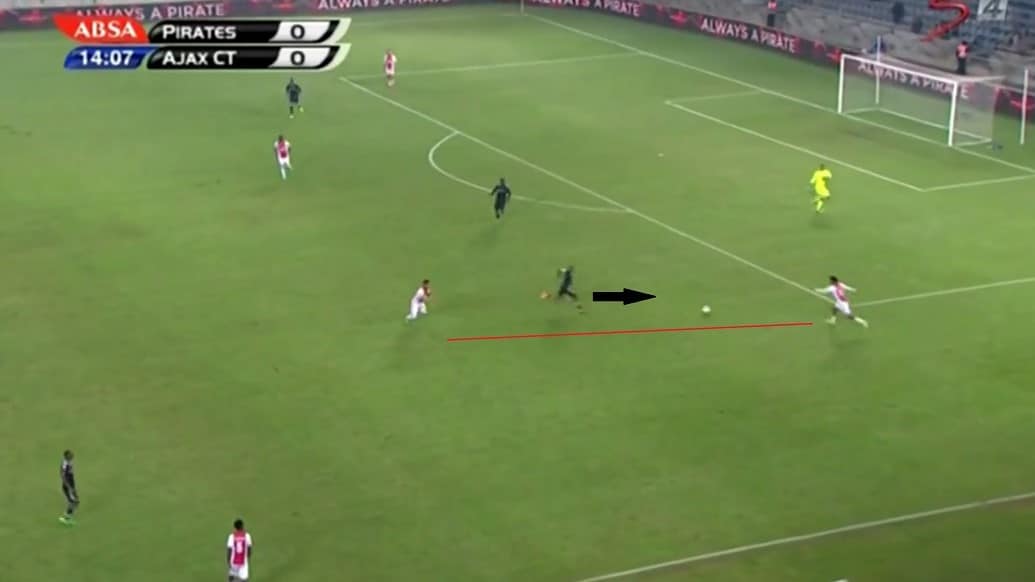 Here, he receives a pass from a team-mate and the opposition player follows the pass to apply pressure. Coetzee prepares to receive the ball by dummying as if about go long. However, rather than hit a panicked direct ball to no-one, he calmly passes to his nearby team-mate in space.

WILL COETZEE BE A GOOD SIGNING FOR CELTIC?

South African former defender Peter Matshitse believes Coetzee has what it takes to be a success, saying: “Rivaldo is the type of player everyone wants in their team. He has everything needed to succeed in the game. He is calm, comfortable on the ball and reads the game very well. He is also a brave defender.

“It might take him a little time to settle abroad, but once he does he will fit in like a glove. I believe Rivaldo is a top quality player – he’s the best defender to come through South Africa for a long, long time. He has all the attributes required to go a long way.”

The rumours suggest Coetzee will cost around £800,000. For that money, the Scottish champions will be getting a talented young centre-back who not only has huge upside, but fits into Brendan Rodgers’ style of play.

As transfers go, the risk is low and the possibilities are exciting. Celtic may just be about to make one of the signings of the summer.