Everton may soon have to bite the bullet and address the Jordan Pickford situation.

The 25-year-old is the most expensive English goalkeeper in history. Only Kepa Arrizabalaga, Alisson, Gianluigi Buffon and Ederson cost more than the former Sunderland man.

One is an all-time great, one is a back-to-back Premier League title winner, one is a continental treble winner and the other managed to dethrone David de Gea as Spain’s No.1, though he is now under pressure at Chelsea.

Pickford, on the other hand, is clinging onto his position as England’s first-choice keeper ahead of the 2020 European Championships. The Toffees should seriously be looking at replacing him in the near future.

The Sunderland-born stopper wasn’t directly at fault for Newcastle United’s stirring stoppage-time comeback at Goodison Park. But his positioning, standing behind the line, resulted in the Magpies grabbing a late equaliser.

In isolation, it's frustrating. But this is the latest in a long line of mishaps between the sticks for Pickford. The club is suffering because of it.

Had Everton been able to hold on against Steve Bruce’s team they would’ve risen to eighth in the table, just three points behind Manchester United who occupy fifth spot. Instead, the Toffees find themselves in 12th – seven points clear of the relegation zone.

It's not the first time Pickford has played a significant part in Everton dropping points from a winning position against Newcastle. The same thing happened last season when the Toffees squandered a 2-0 lead. Ayoze Pérez scored a brace with his first arriving after Pickford parried an effort straight into his path.

Pickford has also been at fault for losses against Liverpool and Manchester City while Manchester United claimed a point courtesy of a fortuitous Mason Greenwood effort. It was well struck but a shot Pickford would have been expected to repel. 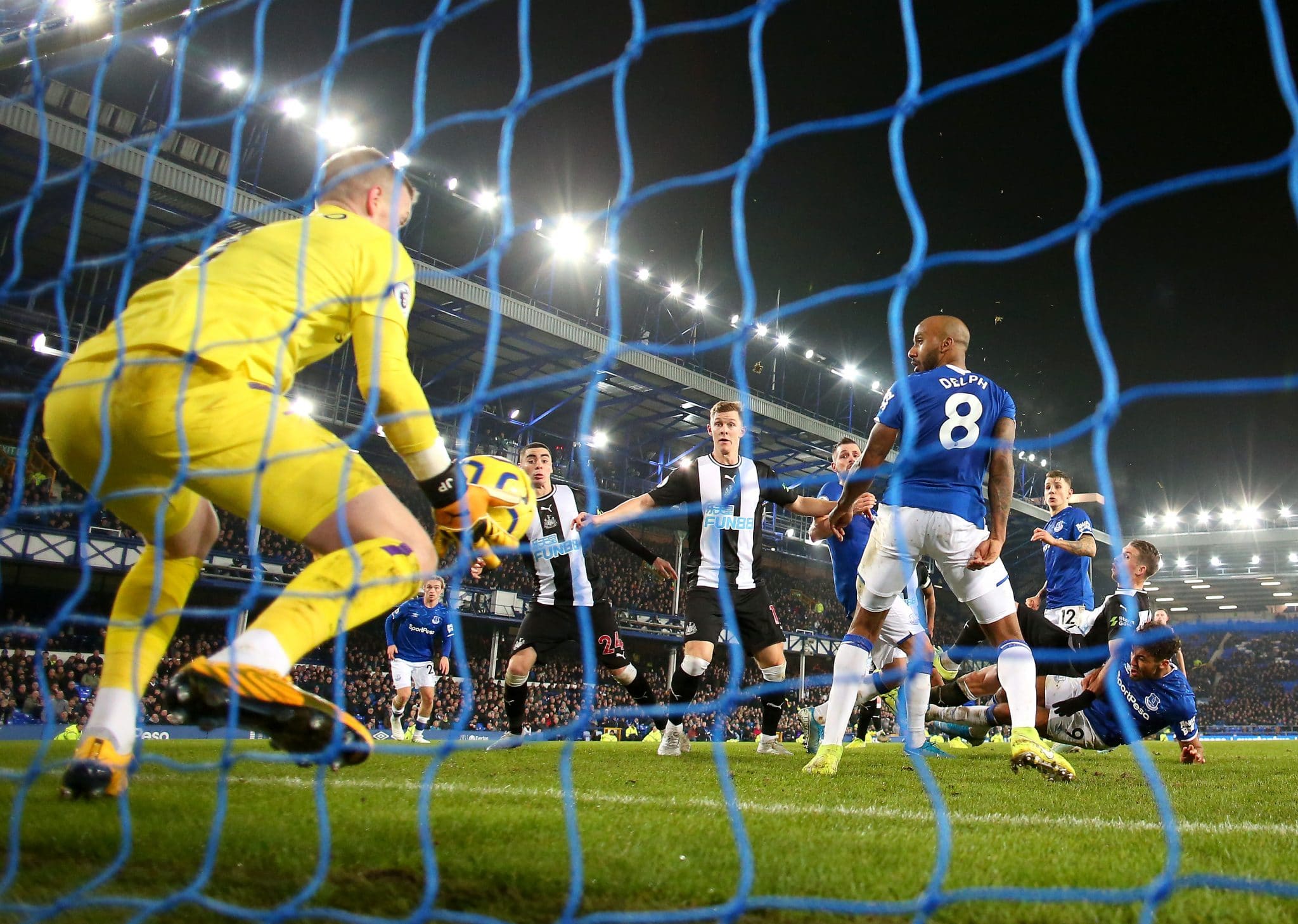 Carlo Ancelotti’s side are decent defensively. Their xGA total ranks them as the ninth-best in the English top-flight – almost on par with Tottenham (7th) and Leicester City (8th). With a better keeper, the Toffees would be looking up the table instead of behind them.

Saves are sometimes used as a way to judge a keeper. But expected goals against is the best way to analyse performance. Pickford's 64 per cent save ratio puts him in the bottom five in the Premier League. For context, Alisson is saving more than 80 per cent of the shots he faces while Dean Henderson, the man challenging Pickford for England's No.1 jersey, keeps out almost 75 per cent of the shots he's come up against.

In fact, Everton could well turn to Henderson to solve their problem. He's impressed on loan at Sheffield United but isn't going to replace De Gea at Old Trafford anytime soon. Manchester United may look to sell him and insert a buyback clause in a deal. If this is the case, the Toffees should be in the conversation to sign him.

His exploits in goal for Chris Wilder's team means the Blades are eight goals better off than they should be, per their xGA. He's making big saves on a regular basis and, bar his costly mistake against Liverpool, the 22-year-old has been faultless during his maiden Premier League campaign. Henderson is largely responsible for the surprise package of the season having the second-best defensive record in the English top-flight.

He's proven himself to be a real difference-maker on multiple occasions. Another keeper who falls into that category is Lazio's Thomas Strakosha. The 24-year-old has been linked with a move to the Premier League in the past but, for now, he resides in the Italian capital.

Currently third in Serie A, the Eagles have stunned plenty this season. Ciro Immobile has stolen the spotlight with his goals but Strakosha deserves some of the credit. Simone Inzaghi's side have been expected to concede 23 goals but they've only been breached on 18 occasions – one fewer than leaders Juventus.

Linked with Liverpool before they signed Alisson and Spurs as a potential replacement for Hugo Lloris, the 6ft 3in Albania international wouldn't come cheap.

Believed to be valued at around £30million, Everton would have to match what they spent on Pickford to secure him, taking their overall spend on goalkeepers to around the £60million mark, though they would recoup some of that if they sold their current No.1.

It is a gamble. But good goalkeeper really does make a difference. If Everton want to push for a European place they need a reliable stopper. Until then, they're building on uneven ground and there's only one outcome.