If David Luiz is unable to shake off the ankle injury he sustained against Everton last weekend then Chelsea will line-up without the Brazilian on Monday night for the first time since September.

The Blues take on Middlesbrough at Stamford Bridge knowing victory will all but secure the Premier League title. They would be seven points ahead of Tottenham Hotspur with only three games remaining.

When rather than if Chelsea clinch the title, Antonio Conte will receive many of the plaudits. It was his change to 3-4-3 at the start of October that transformed the Blues season. And in the heart of that back three has been Luiz.

The 30-year-old has come of age this season, cutting out the defensive errors and establishing himself as one of the top flight's most consistent centre-backs. 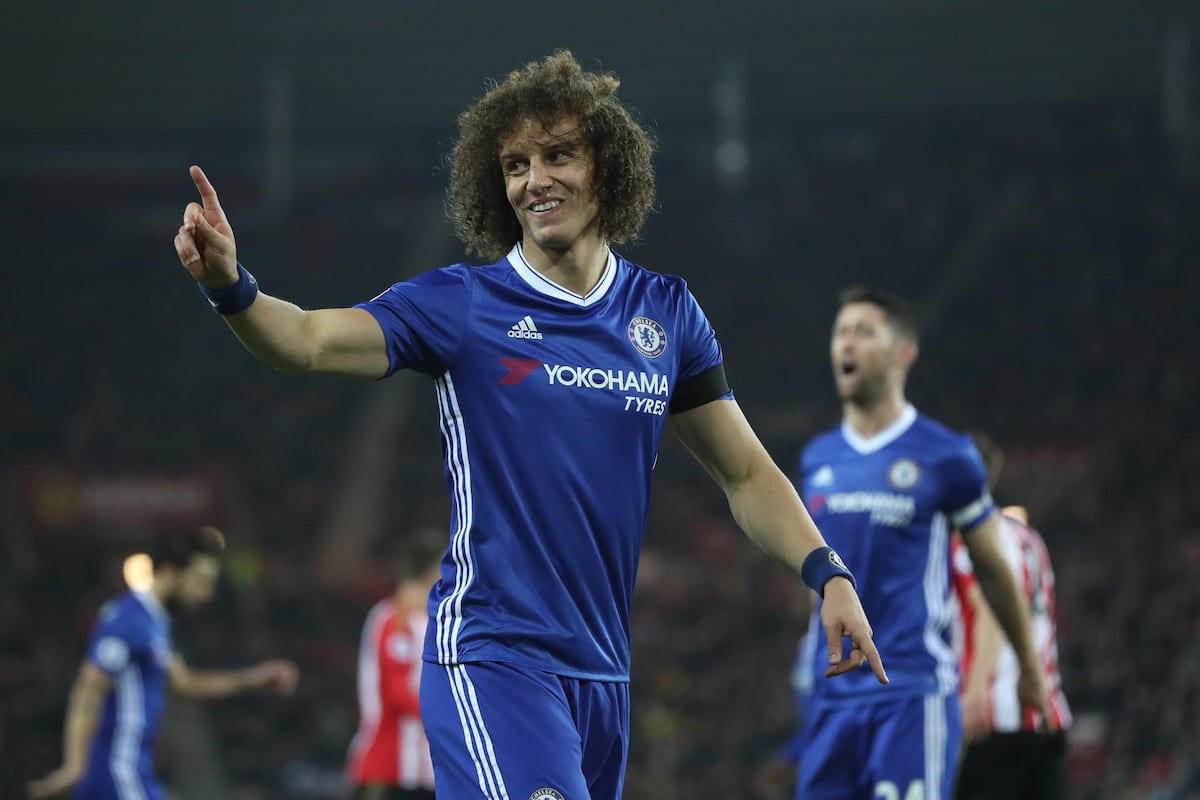 He had completed 90 minutes in 33 consecutive games in all competitions before hobbling off with eight minutes to play at Goodison. At that point, however, Chelsea were 3-0 ahead and the game was over.

So Luiz will be missed if he is unable to recover in time for the visit of Boro, whose relegation will be confirmed if they are beaten.

But who should Conte turn to if the former Benfica star is ruled out? The Italian has three players to choose from.

Bringing the Chelsea captain into the starting XI against Middlesbrough would certainly be a popular choice among Blues supporters.

Since Conte's switch to a back three, Terry has spent the majority of his time on the substitutes' bench. It's been a new experience for the 36-year-old who has been a mainstay of the Chelsea side for over 15 years.

His lack of first-team football this season is why Terry has confirmed he will leave the club this summer. 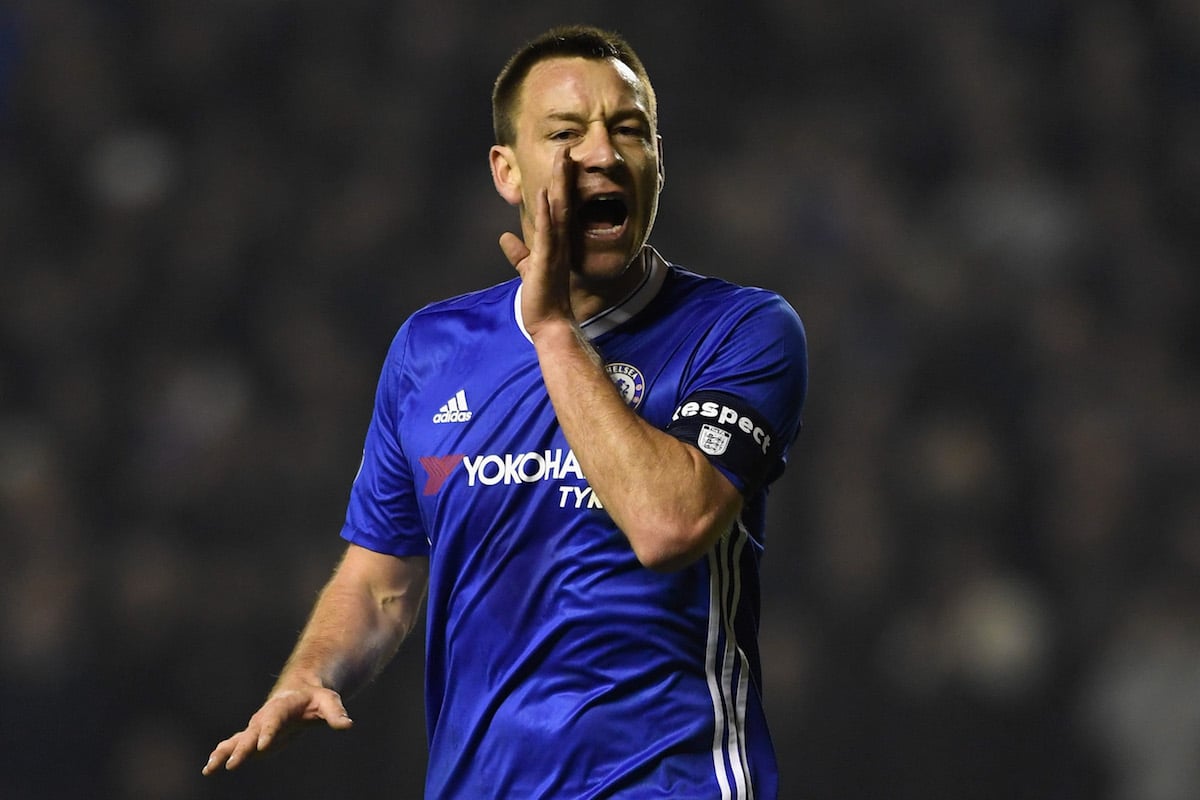 It would be poetic if Terry was to start in a game that could effectively wrap up the title for Chelsea.

If he was to start in the centre of the back three his lack of pace wouldn't be exposed – especially as Middlesbrough's strikers, Álvaro Negredo and Cristhian Stuani, are not quickest.

With César Azpilicueta and Gary Cahill either side of him, Terry would be protected and, given his vast experience in important games, Conte may turn to the veteran.

The 22-year-old spent the first half of the campaign on loan at Bournemouth and impressed sufficiently to be recalled by the Blues at the start of January.

But Aké has spent the majority of his time since returning to Chelsea sitting on the Blues substitutes' bench. He has also been left out of the match-day squad in the Premier League on seven occasions.

However, he impressed in a surprise start in the FA Cup semi-final win over Tottenham Hotspur at Wembley and has seemingly won Conte's trust over the last month. 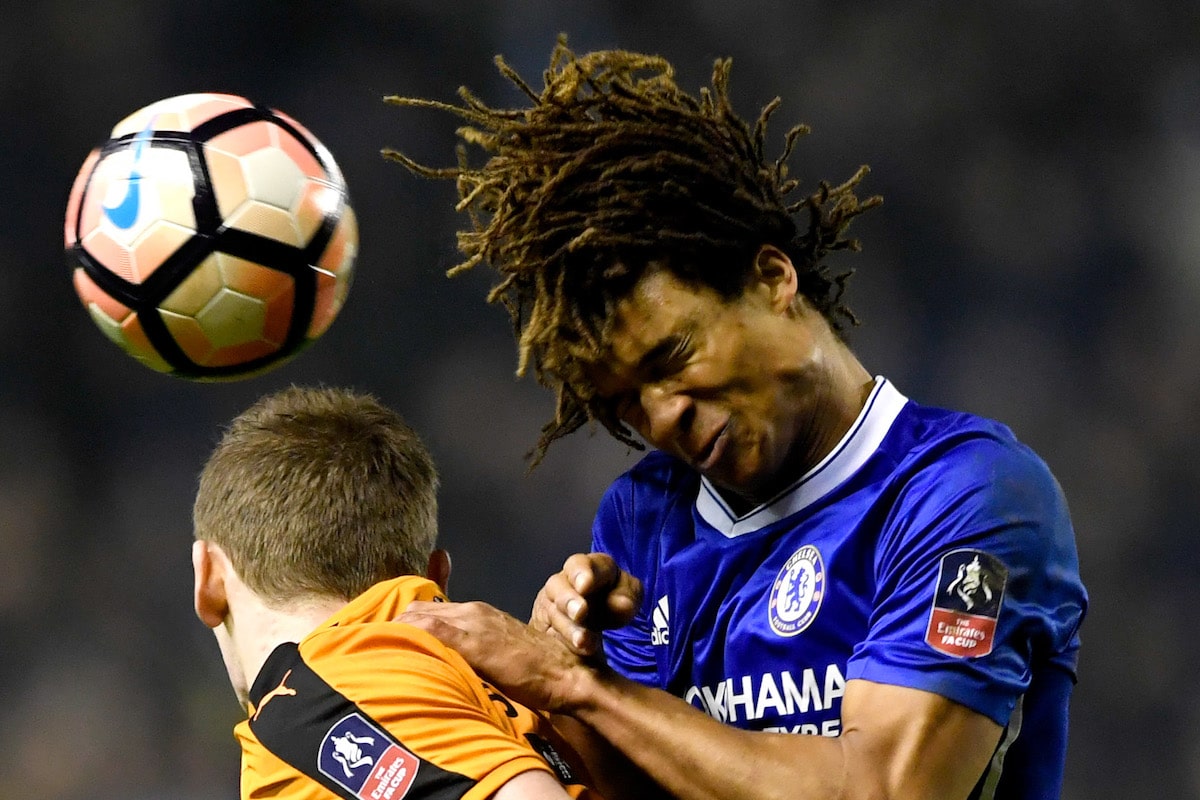 “He is a good player and he is ready to have an opportunity,” the Chelsea boss said at the end of April. “He deserves this opportunity. I trust him.”

If Conte was to bring the Dutchman into the starting XI against Middlesbrough it would likely mean Cahill would move into the middle of the defensive trio.

Aké is perfectly suited to play on the left given he is naturally left footed, comfortable in possession and is quick across the ground if he is caught out of position.

The France international returned from a knee ligament injury in December but has struggled to reassert himself in the Chelsea side.

The 22-year-old has made just five starts across all competitions, only two of which have come in the Premier League.

His last appearance came in Chelsea's 2-0 defeat to Manchester United, a game in which the Blues defence looked more vulnerable than at any point since Conte's switch to 3-4-3.

According to reports, Conte hasn't been convinced by Zouma since his return from injury but acknowledges the defender's vast potential.

It's why the Blues are likely to let him leave on loan this summer in the hope regular first-team football next season gets his development back on track.

But as far as the youngster starting against Boro, he's certainly the least likely out of the trio we've looked at.

Conte is in a fortunate position that whoever he opts to bring into the side – assuming Luiz is ruled out, and there's no point of risking him with an FA Cup final to come – won't let him down.

Each of the three options would bring different qualities to the back three than Luiz, there is no like for like replacement in that sense.

The sentimentalists would undoubtedly opt for Terry but Conte has proven this season he is a pragmatist first and foremost.

So it's likely the Italian would select Aké and move Cahill into the centre. Terry can have his moment but only once the title has been won.