News that Everton had rejected a loan offer from West Ham United for versatile forward Kevin Mirallas sparked an angry reaction among Toffees supporters – perhaps a surprise given he has only played 13 minutes of Premier League football this season.

The 29-year-old's cause has not been helped by the signings of Wayne Rooney, Sandro Ramírez and Gylfi Sigurðsson, all of whom can play in the advanced roles which the Belgian would normally fill.

However, the biggest issue for Mirallas is his relationship with Everton boss Ronald Koeman.  He was left out of Sunday's 2-0 defeat at Chelsea with the Dutchman confirming that decision was down to an attitude problem.

“He was out because he is struggling to deal with moments in the season and was disappointment,” Koeman told the Liverpool Echo. “Everybody can be disappointed. But I expect from everybody to be part of the team.

“If somebody is showing that he is disappointed and his attitude is not the same then I have to make decision.”

Mirallas only signed a new deal to remain at Goodison Park in May. But his lack of action and subsequent dropping point to a potential breakdown in relationship. Furthermore, most outlets are reporting permanent offers will be considered by the club. 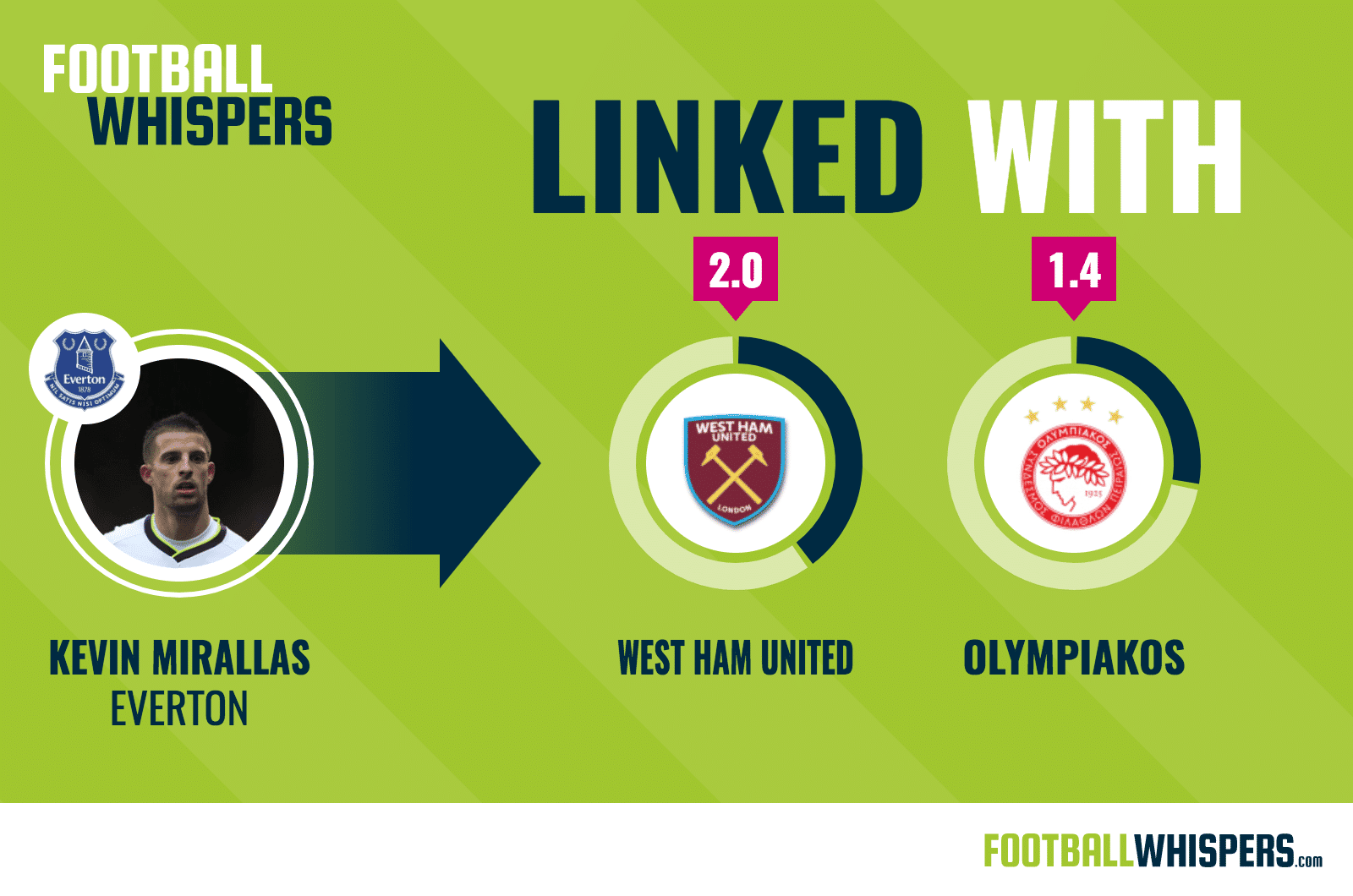 West Ham, therefore, have a decision to make. After spending £24million on Stoke City attacker Marko Arnautović, can they justify another big outlay on a player who isn't quite a striker or a winger?

Their performances thus far suggest investment is needed. Slaven Bilić's position as manager is, once more, under threat with his side pointless and having scored just twice in three Premier League games.

However, Bilić's emphasis should be on a defence which has carried their habit of conceding goals at an alarming rate into the new season. Only five teams shipped more than the Hammers' 64 goals last term.

So what would Mirallas bring? The Belgian would inject more directness into the side with his pace and dribbling ability his most marketable assets. And the Hammers' 4-2-3-1 system would be a better tactical fit than Koeman's 3-4-2-1 set-up. With Robert Snodgrass leaving the London Stadium for Aston Villa, there's a vacancy on the left-hand side of the attacking trio.

Everton fans, for their part, aren't overly impressed at the prospect of losing the former Olympiacos man – despite a summer splurge of around £130milllion so far.

Mirallas is one of few out-and-out widemen at the club. Aaron Lennon is another but he is expected to leave for Burnley. If both deals go through, Everton will be left with one natural winger: Yannick Bolasie, who is coming back from a serious knee injury. And while Koeman appears to favour a wing-back-based system, having Mirallas gives the Toffees an alternative.

In the past it would have been a question of money for Everton and whether the £15-20million they could reasonably demand for Mirallas would be better invested elsewhere.

Those days are gone now, though, with Farhad Moshiri's investment making the Toffees genuine players in the transfer market. And if you remove the monetary element, it becomes clearer.

Everton have moved into a new era this summer. While Mirallas has been a good servant and an excellent player on his day he won't the Toffees to next the level. And that is what Koeman will be chewing over in the coming hours.