After summers of speculation it finally looked like Alexandre Lacazette would leave Lyon after agreeing a switch to Atlético Madrid in May.

But that deal collapsed when Atletí were hit with a transfer ban and now the Arsenal transfer target is back on the open market.

He has stated his intention to leave the Ligue 1 side, preferably for a club in the Champions League, though his stance has softened on that front.

Lacazette will not be short of suitors after scoring 37 times last season so we've run the rule over the in-demand French international.

A France international at all youth levels, the forward has only ever played for his hometown club, Lyon.

He scored 37 goals in 45 games in all competitions last season and has netted at least 20 in each of the last four campaigns. During 2016/17 Lacazette bagged 28 times in just 30 in Ligue 1 outings.

Lacazette is fast and plays on the shoulder of the last defender, exploiting his excellent movement inside the box. Unsurprisingly, given his enviable scoring record, he is lethal finisher and can strike the ball from distance too.

At 5ft 9ins, he doesn’t have the aerial presence of West Ham United transfer target Giroud but is a far more mobile, quick and is a better finisher.

For Lyon, Lacazette tends to play as lone frontman in 4-3-3 or 4-2-3-1 but also has experience playing in a two from when manager Bruno Génésio experimented with 3-5-2 early last season. 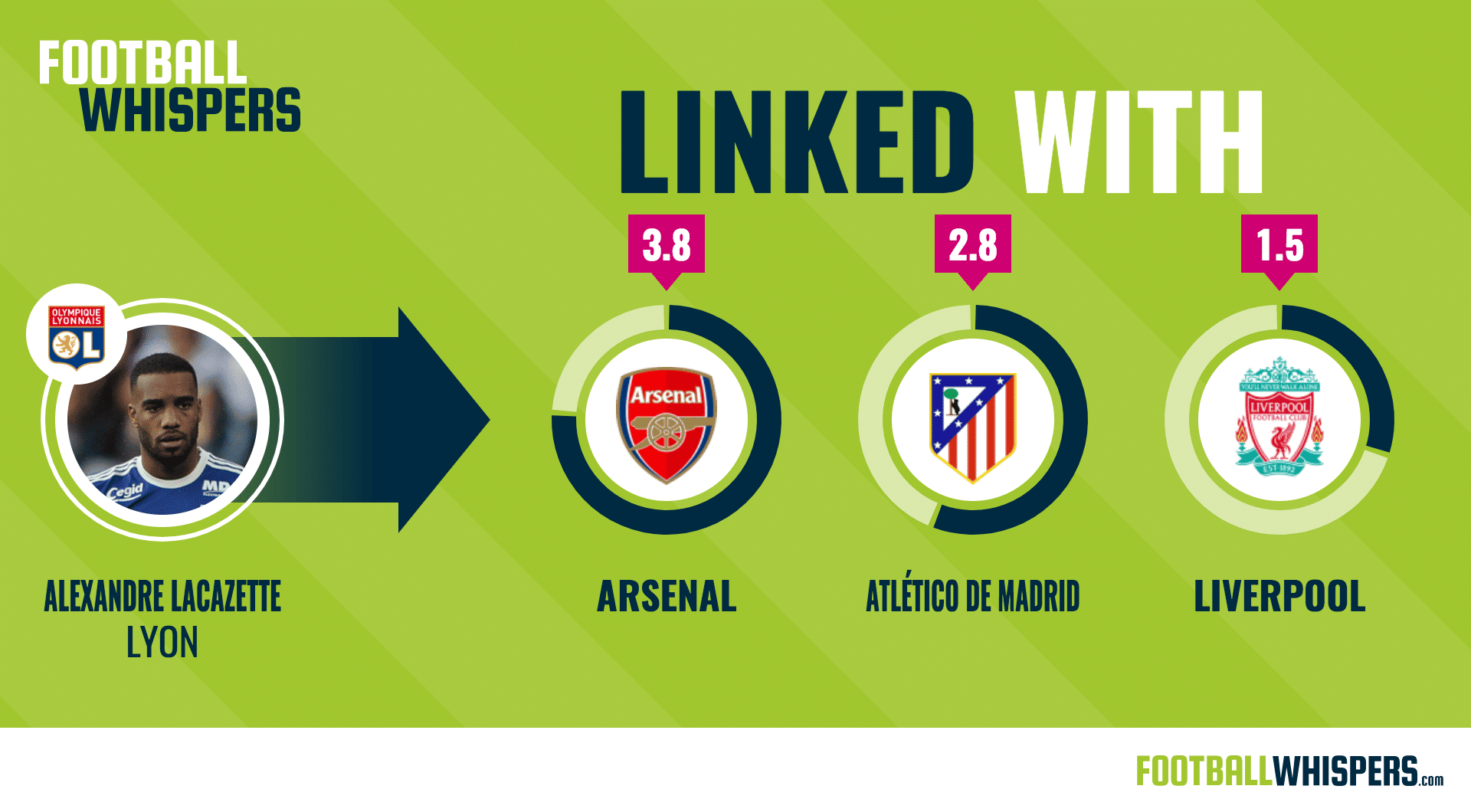 Does the information come from a reliable source?

A move to the Emirates Stadium has been widely speculated in British and French press.

Jeremy Wilson of the Daily Telegraph has reported Arsenal’s interest in Lacazette and has a track record of being on the money with Gunners news.

TransferMarketWeb claim Arsenal have submitted a £54million bid but they do not have the same credibility. However, Lyon president Jean-Michel Aulas has been quoted as saying OL have received “a very nice offer from Arsenal”.

Yes. If Lacazette ends up at the Emirates Stadium he will be Arsenal's record signing. But after a season where the Gunners failed to qualify for the Champions League for the first time under Arsène Wenger they will have to make a big statement in the transfer market.

Lacazette could be that player given they will either have to replace Bayern Munich transfer target Sánchez or ease the burden on him.

Would it be a good tactical fit?

Yes. Lacazette would comfortably be able to slot straight in as the central striker in either of Arsenal’s preferred 4-2-3-1 and 3-4-3 formations. The real question is what that might mean for Sánchez.

The Chilean became Arsenal's No.9 last season and thrived in the role, scoring 30 times in all competitions. But he has reportedly turned down the offer of a new deal and looks set to leave this summer.

Yet if he remains he could find himself moved back to the right-hand side of the attack – a nice headache for Wenger to solve.

Although he has never worked with Wenger, the fact both men are French and there are a number of French-speaking members of the Arsenal squad will only help Lacazette to settle in if he moves to north London.

As will Wenger's reputation which, despite taking a battering in recent years, is still a pull for any prospective signing.