Real Madrid are reportedly keen to replace current No.1 Keylor Navas with AC Milan's prodigious talent Gianluigi Donnarumma who has been tipped as Gianluigi Buffon's heir for Italy.

Here we run the rule over the 18-year-old goalkeeper who has, this week, turned down the offer of a new contract the San Siro.

International: Four caps for Italy, currently playing at Under-21 Euros

A Milan fan as a kid, Donnarumma broke into the Rossoneri first team during the 2015/16 season, aged just 16. He has since established himself as the club's No.1 and Juventus' stopper Buffon's long-term successor with the Italian national team.

A once in a generation talent, Donnarumma has the potential to become an all-time great goalkeeper and the list of clubs keen on his services back that up.

With his contract up in 12 months this is Milan's best chance to get a big fee for a player who should be Italy's No.1 for years to come. However, high-profile agent Mino Raiola claims the Milanese club have tried to bully his client who has subsequently turned down the offer of a new contract.

Currently away with Italy at the Under-21 European Championships in Poland, Donnarumma was showered with dollar bills during the Azzurrini's group match against the Denmark and a banner was held up by disgruntled fans calling him ‘Dollarumma'.

At 6ft 5ins Donnarumma a commanding presence in the area and is excellent at dealing with aerial balls into the box – he had a 97% claim success rate last season.

Donnarumma has phenomenal reflexes, outstanding shot-stopping skills and distributes the ball well. He still has the occasional lapse in concentration but is already one of the best in the world at 18.

Does the information come from a reliable source?

Donnarumma's agent, Raiola, who includes Paul Pogba and Zlatan Ibrahimović in his stable, held a press conference last week confirming the keeper wouldn’t be signing a new deal with Milan.

Reports from reliable sources in Italy claim the door might not be completely closed on negotiations, though. Respected Italian journalist Gianluca Di Marzio has said talks are ongoing over a contract renewal.

Yes. Madrid have the financial muscle to make a deal happen with minimal fuss, even if Milan will be unwilling to sell on the cheap.

However, with Manchester United also linked with the teenager, things could become complicated.

United keeper De Gea is a long-term Real Madrid transfer target and if Real are unable to sign Donnarumma for any reason this summer they could move for the Spaniard, opening the door for the Milan stopper to move to Old Trafford.

Another facet to Donnarumm'a move is Cristiano Ronaldo. The Portuguese superstar, who is a Manchester United transfer target, could be signed in a player plus cash deal which would include de Gea.

Again, that would leave the path clear for Donnarumma to head to England. 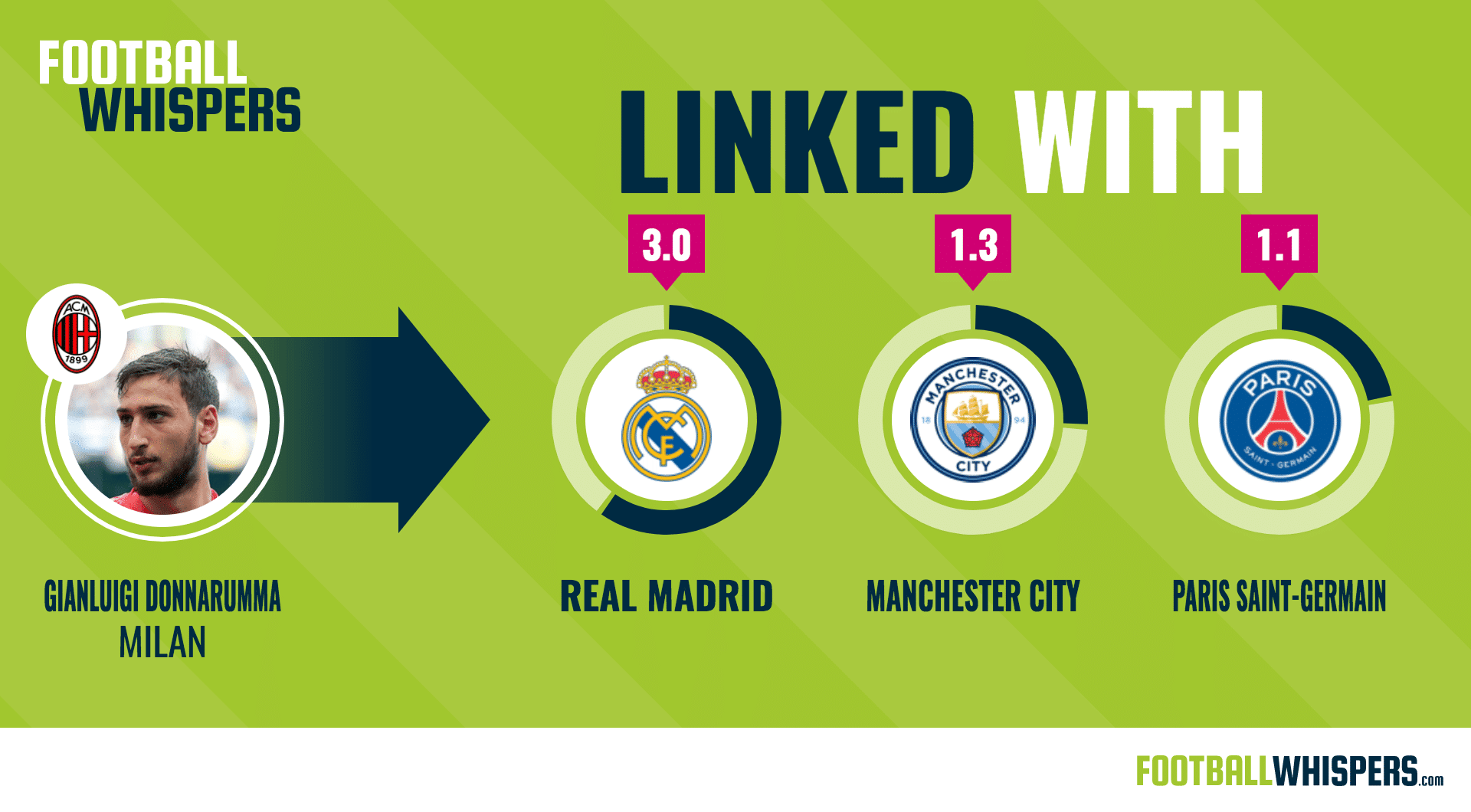 No. But the beauty of Zinedine Zidane being Real coach is he instantly commands respect.

The Frenchman was one of the iconic players of his generation, winning the 1998 World Cup and 2000 European Championships, and scoring the most memorable Champions League final goal of all time with stunning volley against Bayer Leverkusen.

Those achievements earn the respect of players but even without them, Donnarumma would be unlikely to turn down interest from the world's biggest club.