With just a week and a half to go until the transfer window shuts until January, new Inter Milan boss Frank de Boer has pinpointed a new central defender as his number one target. Could Tottenham’s Jan Vertonghen be the man destined for the Narazurri? Let’s take a closer look.

Stepping into the San Siro hot seat just 12 days before the start of the new Serie A season hardly signals ideal preparation for the 2016/17 campaign, but Dutchman De Boer has said it was an opportunity he could not turn down.

After suffering the ultimate disappointment in his final league game in Amsterdam by handing the Eredivisie crown to fierce rivals PSV, the 46-year-old will be desperate to lead the Milan club to its first Champions League qualification since the 2011/12 campaign.

De Boer has inherited a decent squad; the blue half of Milan finished fourth last term – albeit 13 points adrift of third-placed Roma – while predecessor Roberto Mancini had added further quality in the form of Ever Banega, Dodo and Antonio Candreva – before the latter's shock mutual termination of his contract earlier this month. 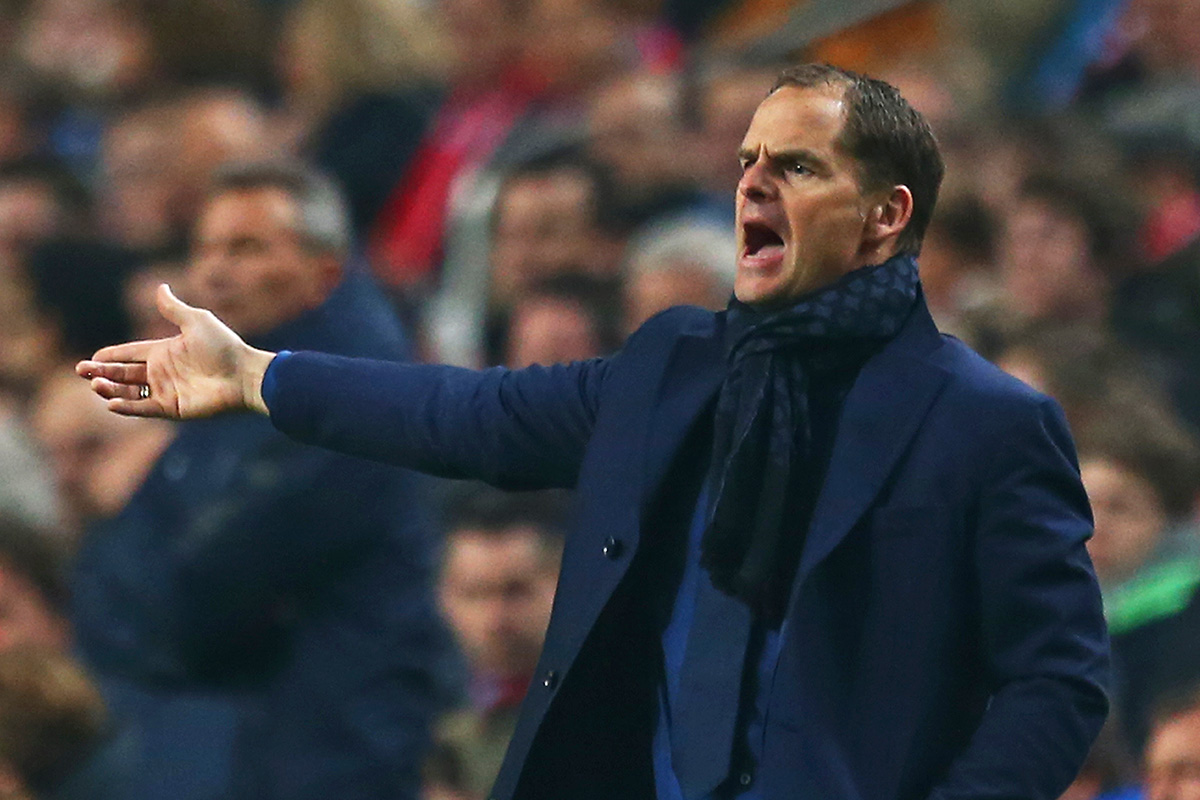 However, with so little time on his hands, the Dutchman’s toughest task will be stamping his authority and philosophies on the side. But a reunion with Vertonghen would seemingly go a long way to kickstarting the revolution.

The Belgian international was a star performer under De Boer having made his way through the ranks at the Amsterdam Arena, forming a central figure in back-to-back Eredivisie title wins before leaving for White Hart Lane in the summer of 2012.

In fact, Vertonghen was even promoted to the role of club captain ahead if his final season at Ajax, and was named Dutch Footballer of the Year for 2011/12.  The pair share a fantastic relationship, and the Inter head coach is determined to reignite the partnership by completing a deal within the coming days.

Since emerging as a potential first arrival of De Boer’s reign, the Vertonghen Whisper has died down from 3.9 to 1.8 on our transfer index predictor. While this underlines Mauricio Pochettino’s reluctance to sell his vice-captain, although the could free up the funds to make the signings he requires for a title push.

Chairman Daniel Levy’s focus on financial prosperity has been transparent throughout his 15 years at Tottenham. Those sentiments are arguably more dominant than ever as the club’s move to a new stadium edges ever closer.

Despite tearing ankle ligaments at Euro 2016 – forcing him out of Belgium's 3-1 quarter-final loss to Wales – Vertonghen has started both of Spurs' two 2015/16 fixtures. 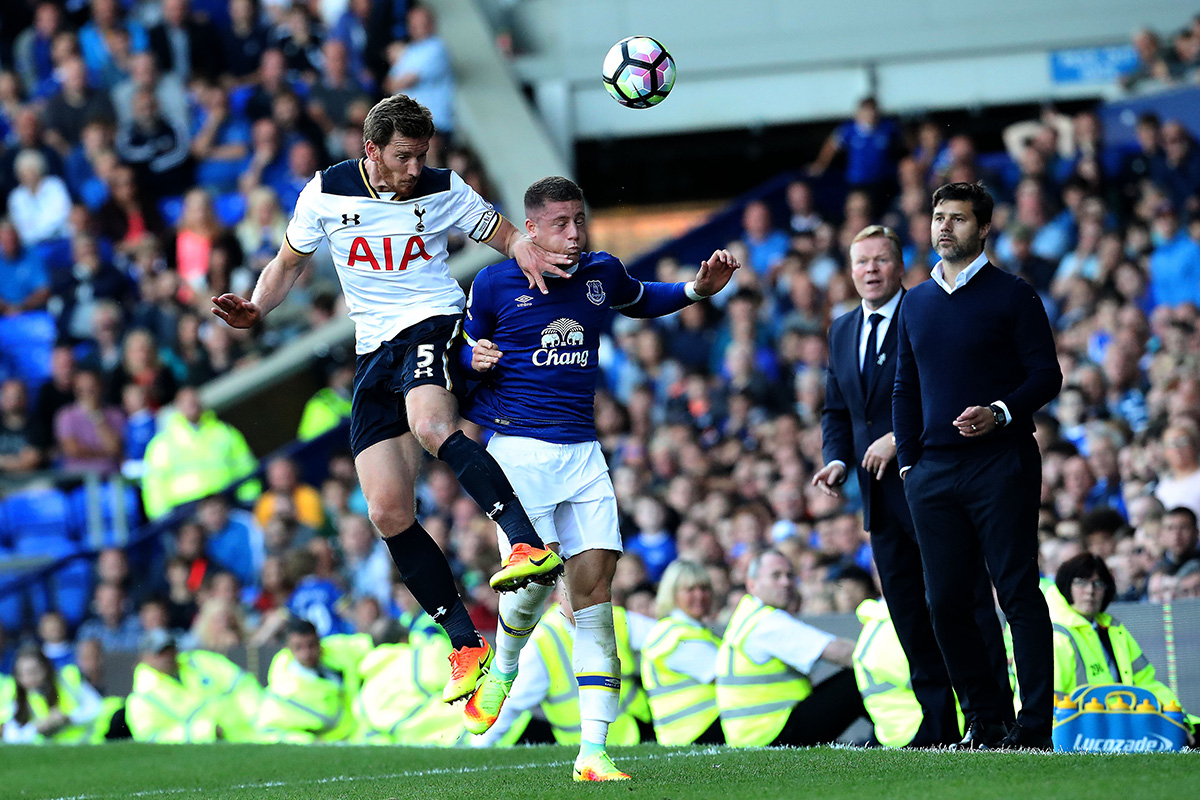 Unquestionably, the 29-year-old has the ability and physicality to maintain his presence as one of the Premier League’s most reliable defenders, although his age could encourage Levy to cash in while he still can.

Age will not faze Dutch legend De Boer, who would see this as a chance to recruit an experienced defender who boasts the leadership and ability to bolster the Inter defence for at least four or five seasons. He has also been linked with a raid on Manchester United for countryman Daley Blind this summer.

Moreover, the Belgian’s understanding of the Dutchman’s managerial ideas could become a key asset throughout this transitional phase. The Italians could get their man without parting money as they are reportedly prepared to offer Chelsea target, midfielder Marcelo Brozovic – valued at €25m to €30m – in exchange.

Spurs have been interested in the 23-year-old Croat for some time, and would love to add another top rising talent to a youthful side that already has one eye cast towards life at the future 61,000-seater stadium.

Using Brozovic as bait could be De Boer’s best hope of sealing his primary transfer target; given the saturation of quality midfielders in the Inter Milan squad, it would be a great way to encourage greater balance. Besides, the former Ajax manager has been linked with a raid of former club for teen sensation Riechedly Bazoer too.

Either way, sacrificing Brozovic in order to get Vertonghen would appeal to Inter. As one of the world’s best defenders throughout his playing career, De Boer is no stranger to the importance of a strong backline. The current Tottenham man’s understanding of his former manager’s coaching would make him an ideal outlet for imparting those philosophies onto his teammates too.

After four years without a trophy at White Hart Lane, the defender could well be tempted to seek a new challenge and linking up with the most influential manager in his career would be one of the most attractive propositions.

Inter have suffered a fall from grace since winning the treble under Jose Mourinho, but 2015/16 did show signs of progressions. If De Boer can build on the foundations laid by predecessor Mancini, the Nerazzurri could find themselves back in the hunt for silverware once more.

Signing Vertonghen from Tottenham would fire a signal of intent while the manager’s knowledge of the player ensures that the risks are minimal. The only real question is whether Spurs are willing to sell. If they are, the defender would be odds-on to become De Boer’s new man.