The 2014-15 campaign saw Dortmund languish in the bottom half for the table for the majority of the season, before rallying late on to climb up to seventh place and secure Europa League qualification. Then-manager Jürgen Klopp recognised that, after two Bundesliga titles, followed by two second place finishes, he’d taken BVB as far as he could, and left the club last summer.

Tuchel came in and set about making some crucial tweaks that, almost immediately, had the Yellow and Blacks firing. They ultimately finished runners-up behind Bayern Munich, but the 78 points they accumulated would have been enough to win the title in all but four seasons in Bundesliga history.

Dortmund’s success, built on thrilling attacking football, caught the eye of fans all over Europe, and it did not escape the attention of many of the continent’s biggest teams.

The vultures were circling, ready to pick off BVB’s best players. Ilkay Gündoğan left for Manchester City, star playmaker Henrikh Mkhitaryan joined Manchester United and, the most galling of all the departures, captain Mats Hummels jumped ship to Bayern.

But, rather than wallow in self-pity, Dortmund have set about reinforcing their ranks with some of the finest young prospects around. Teenage prodigies Ousmane Dembélé and Emre Mor have been drafted in, as well as 20-year-old Mikel Merino and 22-year-old Portuguese European Championship-winning left-back Raphaël Guerrero.

They have also sought to add some more experienced heads to their squad, with midfielder Sebatstian Rode signing from Bayern, and centre-back Marc Bartra making the switch from FC Barcelona.

And the latest name to be linked with a move to Signal Iduna Park, is Stoke City’s Xherdan Shaqiri. 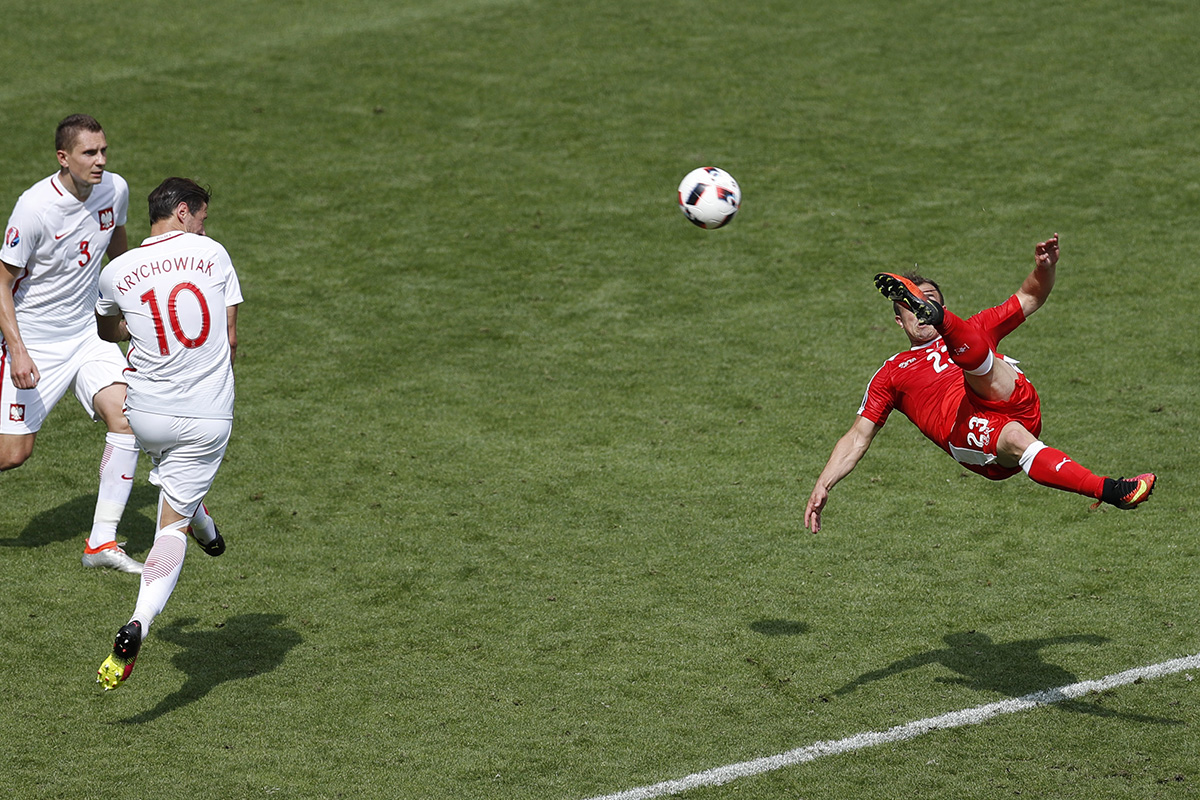 The 24-year-old Swiss winger only joined the Potters from Inter Milan a year ago, but already the former Bayern Munich winger is being linked with a move away.

The Sun reported earlier this week: “Xherdan Shaqiri is wanted by Borussia Dortmund as a replacement for Manchester United’s Henrikh Mkhitaryan.

“Stoke City bosses may be tempted to cash in on Shaqiri who had an inconsistent first season with the Potters which saw him score just three goals.”

The Football Whispers Index is currently giving the Shaqiri to Dortmund rumours a score of 4.1 out of five, suggesting that there is some validity to the claims, and BVB’s interest could well be genuine.

Although the player himself has moved to pour cold water on the rumours when speaking to German media outlet Blick yesterday: “Nobody has been in touch with me, so it's nonsense that I am in talks with Borussia Dortmund.”

“I am on my holiday at the moment.

“A move to the Bundesliga is out of the question at the moment. I will resume Stoke training on July 24 and I am really looking forward to playing in the Premier League again.”

So Shaqiri may not be looking to move back to the Bundesliga any time soon, but if Dortmund’s interest is high, and Stoke are happy to part ways with the former FC Basel player, there could yet be plenty of movement in this situation.

Shaqiri would be far from a like-for-like replacement for Mkhitaryan, but the Swiss would offer pace and creativity from wide areas. And, as his incredible strike against Poland in the last-16 round of Euro 2016, he is capable of the spectacular.

But more than any of his skills with the ball at his feet, Shaqiri’s top-level experience would be extremely welcome in Dortmund.

The German club have qualified for next season’s Champions League, and unlike many of their new young signings, Shaqiri has played in the competition many times for both Basel and Bayern, even winning the illustrious trophy with the Bavarians in 2013.

Having been linked with André Schürrle, and with Mario Götze supposedly set for a return to Signal Iduna Park, it seems as though Shaqiri would be a back-up option for Dortmund.

But, still only 24 years old, the dynamic Stoke attacker would have plenty to offer should he change his mind about a Bundesliga return.