New Sunderland manager David Moyes has already set his sights on new signings to bolster the squad he has inherited from Sam Allardyce, and the Scot is eying a raid on one of his former clubs.

Manchester United striker Will Keane is thought to be top of Moyes’ agenda following his arrival at the Stadium of Light, and a £6.5 million bid could soon be made, according to reports.

The Sun reported that week: “Manchester United are ready to cash in on striker Will Keane – with old boss David Moyes lining up a £6.5m bid at Sunderland.

“The 23-year-old – who is also attracting interest from Stoke – is believed to want to quit Old Trafford in search for first-team football.”

The Football Whispers Index is currently giving the rumours of a Sunderland switch for Keane a score of 3.0 out of five, which would suggest that, while it’s far from a done deal at this stage, there is definitely plenty of validity to the claims; Moyes’ interest appears to be genuine.

Stockport-born Keane is a graduate from United’s academy, but despite making his first-team debut during the 2011-12 season, he has only made a total of three appearances for the senior side, with the other two coming under Louis van Gaal last season.

Keane spent part of last season on loan at Preston North End where he found regular football with 22 appearances, but only managed to register two goals.

United’s injury crisis led to van Gaal recalling Keane from his loan ahead of schedule on 31 December 2015, as he was needed to provide cover for the more established regulars at Old Trafford. But the former England under-21 international made just two substitute appearances for the Red Devils, amounting to a grand total of 24 minutes of football. 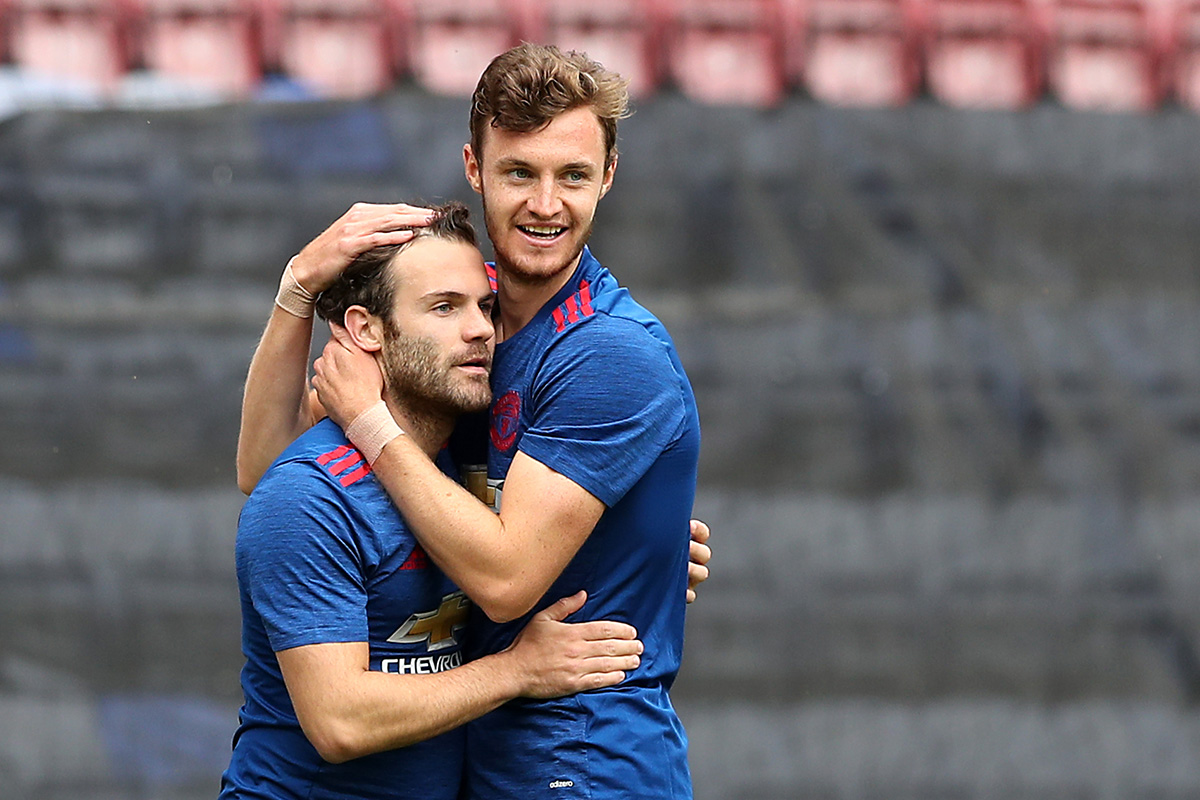 The second of those appearances – an FA Cup tie away to League One side Shrewsbury Town – saw Keane pick up an injury, keeping him out of action for the upcoming Europa League fixture against FC Midtjylland at Old Trafford.

Keane’s absence meant that Marcus Rashford made the leap into the first-team squad. And when Anthony Martial picked up an injury during the warm-up, Rashford was thrust into the starting line-up against the Danes.

The teenager scored twice in a 5-1 win, and went on to establish himself as a key player during the rest of the season. Had Keane not gotten injured against Shrewsbury, he would have been in line to take Martial’s place in the starting eleven against Midtjylland, in what could have been just as big of an opportunity for the 23-year-old as it turned out to be for Rashford.

The brief cameo in the 3-0 victory over Shrewsbury proved to be Keane’s last appearance of the season, and the former Wigan Athletic and Queens Park Rangers loanee is thought to be unhappy about the lack of playing opportunities he was afforded by van Gaal, after the Dutchman had cut short his time with Preston.

David Moyes will be keen to boost his attacking options now that he is in place at Sunderland. The Black cats were reliant on former England striker Jermain Defoe to carry their goal-scoring burden last season, and the veteran striker did not disappoint.

But at 33 years old, Defoe cannot be regarded as a long-term solution to Sunderland’s striking problem, so the pursuit of a young, talented striker with a point to prove, such as Keane, would be an astute move for Moyes.

Will Keane joining Sunderland would be a move that would suit all parties: United would receive a decent fee for a player they consider surplus to requirements; Sunderland would benefit from the addition of a young and hungry striker; and the player himself would be given a chance to prove to his doubters that he has got what it takes to succeed in the Premier League.