These days, many of the world’s finest football clubs work in cycles. Each has a strategic plan which is rarely, if ever, deviated from, and they appoint managers to realise that plan over a certain period of time. However for those clubs who linger beneath the limelight, who find themselves on the fringes of European football, settling in mid-table or struggling to avoid relegation, the approach is often far more reactive. This, unfortunately, is something forced upon them by the natural passing of talent upwards, leaving them to reassemble their squad on a regular basis.

Southampton are one of the few clubs to have incorporated that flux into a viable strategy, however. The south coast Premier League outfit not only accept the loss of talent, but factor it into their sustainability. The latest person to jump ship is Ronald Koeman, the Saints’ former manager, who decided to leave for the newly-enriched pastures of Everton. But the club already appear to have formulated a good cast of potential replacements, one of which is Vitor Pereira.

The Daily Express report that Bournemouth boss Eddie Howe is the current favourite to land the vacant Southampton manager’s position, with Frank de Boer and Andre Villas-Boas just behind. Pereira, along with Manuel Pellegrini, is an outsider, something reflected by our index rating of 2.8, but his track record suggests he could be worth serious consideration.

After an unspectacular decade-long playing career which was spent with lower league clubs, the Portuguese obtained a degree in Physical Education at the University of Porto. As part of this course he wrote a well-researched analysis of Barcelona’s style of play while obtaining his coaching badges on the side. He began as an assistant coach with local clubs and Porto’s under-18s before being appointed head coach of Santa Clara, who were then in the second tier of Portuguese football.

In two years there, Pereira came close to achieving promotion to the Primeira Liga. And, despite his inability to secure a place in the top flight, he was nonetheless hired as assistant to Andre Villas-Boas as the future Chelsea and Tottenham boss at Porto. And, when Villas-Boas moved on to the Premier League, Pereira was appointed as his replacement at the Estadio do Dragao. 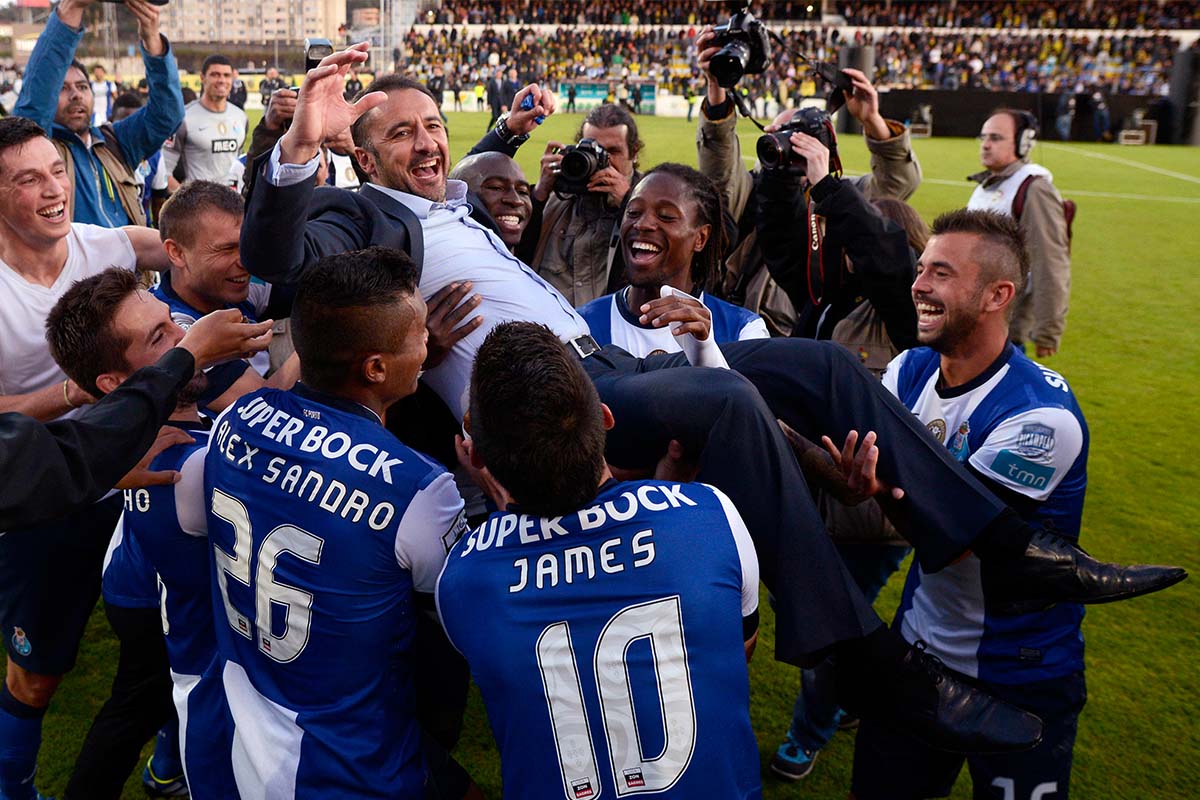 Given his predecessor had won the league with a unbeaten record of twenty-seven wins and three draws from thirty fixtures, the pressure was on the 47-year-old. He had no experience of top-level management and also had to deal with the sale of star striker Falcao to Atletico Madrid. But, in spite of all that, he won two consecutive titles in his two years in charge of the club, including one undefeated campaign of his own in 2012-13, where Porto won twenty-four and drew six of their thirty games to hold off the challenge of Benfica.

After an unsuccessful year spent with Al Ahli in Saudi Arabia, Pereira returned to European football to manage Olympiakos, with the Greek giants lying second in the table upon his appointment. However in his six months there he engineered the team’s return to the top of the league and an eventual championship victory. He followed this by spending 2015-16 with Turkish club Fenerbahce, who he led to runners-up spots in both the domestic league and cup.

Known as a meticulous tactician, Pereira has a preference for controlling games. He admitted as much in an interview in 2013, saying: “I like my teams to have total control, of the ball, of the game. I like to see my teams pressing very aggressively, very high up the pitch. The important thing is the balance between the attacking and defensive elements, but pressing high is the best way to defend.”

While not known in English football, Pereira could prove an astute hiring for Southampton. With his tactical emphasis on high pressing, controlling games and a willingness to take on new coaching challenges, he mirrors Mauricio Pochettino, who – despite being a low key appointment – took the Saints to new heights after arriving in 2013.

Southampton have a sustainable policy of buying and selling their best talent. Players and coaches tend to develop with the club and improve the team before departing for more financially lucrative opportunities. Pereira is a relatively young coach, albeit one renowned for his tactical nous, adaptability to new environs and willingness to take on a challenge. In all of these aspects, he fits Southampton’s model perfectly.