Middlesbrough appear to be on the verge of sealing their first summer signing in the form of Ajax winger Viktor Fischer.

The Teesiders will return to the Premier League next season having finished second to Burnley in the Championship this past campaign. Boro’s automatic promotion will see them return to England’s top flight after a seven-year absence and Middlesbrough boss Aitor Karanka looks to be moving quickly to make additions to his squad.

Karanka has identified 21-year-old Fischer as the man to add some pace, excitement and invaluable goal threat.

The Football Whispers index has given a 3.9 out of 5 score to the possibility of Middlesbrough securing Fischer’s signature, suggesting that the move is very likely to materialise.

And today, The Guardian have printed: “Fischer, 21, travelled to England on Tuesday to discuss personal terms after a successful bid from Aitor Karanka’s side beat off competition from the big-spending Austrian side Red Bull Salzburg. The 21-year-old is due to have his medical on Teesside on Wednesday before returning to join the Danish national side ahead of the friendly against Bosnia-Herzegovina next week.”

Fischer moved to the Amsterdam Arena from FC Midtjylland as a 15-year-old, after Ajax fought off interest from Chelsea, Inter Milan, Manchester United and Manchester City.

Despite his tender years, Fischer can already boast a wealth of top-level experience. Having made his Eredivisie debut in October 2012, the 8-cap Danish international has amassed 79 appearances in Holland’s top division, as well as 20 games in European competition.

Following an impressive debut season, in which the then 18-year-old managed to make the left-wing position in Frank de Boer’s title-winning side his own, Fischer was rewarded with a new contract and the Talent of the Year award.

Fischer was again key to Ajax defending their Eredivisie crown the following season, however, the 2014-15 campaign was not so positive. The Danish international struggled to overcome a thigh injury which limited him to making only four appearances in all competitions as Ajax lost their title to rivals PSV, although he did still manage to bag three goals.

But Fischer bounced back from his injury troubles in style, playing 42 times in all competitions this season, scoring 11 and laying on four assists. Key again to de Boer’s starting XI, Fischer helped his side to pole position in the title-race, before narrowly losing out on the final day. 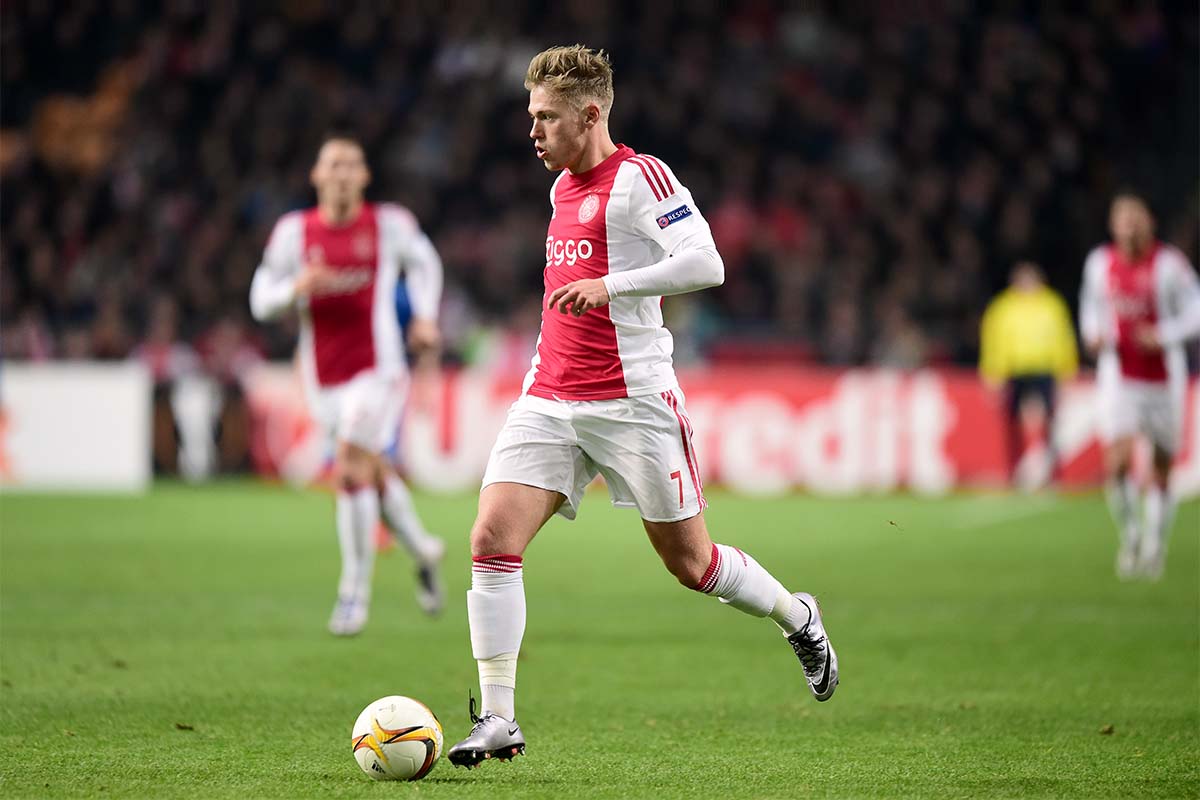 Now, with just one year remaining on his contract, Fischer is setting is sights on pastures new. “I’m ready to prove myself again, but probably somewhere else.” The Ajax man said recently. “I think that it is a mutual desire.”

And Middlesbrough appear to have stolen a march on North-East rivals Sunderland, as well as Red Bull Salzburg, in the race to sign the exciting young winger with a shock of blonde hair.

The mooted fee of just €5m (£3.8m), owing to the fact that he would be available for free in a year’s time, represents an absolute steal for a young player of such talent.

If and when the deal gets rubber stamped, Fischer could prove to be a real asset for Karanka’s side in their quest to survive in the Premier League next season.

Although predominantly a left winger, the 21-year-old Dane is extremely versatile, having also featured on the right-wing, centrally as a number 10, and up top as a striker at various points in his Ajax career.

Fischer will add tremendous pace to Boro’s attack — a commodity valued highly in the modern game. He is a confident, skilful dribbler and an accurate passer. Perhaps the strongest attribute he will bring to the Riverside Stadium is his impressive ability to find the net – Fischer has an average of a goal every three games throughout his career, having scored 33 times in 111 games, an exceptional return for a wide player.

The main weakness of the young winger is his positional awareness and defensive acumen. Fischer will need to become much more savvy in tracking back and supporting his full-back if he is to succeed in the Premier League. Particularly when part of a newly promoted side who will likely find themselves under the cosh for large portions of games.

But, all things considered, if Middlesbrough are able to pull off the signing of Fischer – especially with the remarkably low fee being quoted – they could have themselves an early contender for signing of the season.