The more the situation draws on, the more it seems like Jamie Vardy will not be signing for Arsenal this summer.

The Leicester City man is currently on international duty with England at the UEFA European Championship in France, but murmurings coming out of the camp suggest that the former Fleetwood Town player is heavily leaning toward knocking back Arsenal’s advances and remaining with the Premier League champions (it still seems strange to say that in reference to Leicester) next season.

Arsenal lodged a £20 million bid for the 29-year-old earlier this month in a move that surprised most of the footballing world. The fee triggered the buyout clause in Vardy’s contract, meaning Leicester were powerless to stop the Gunners from getting their man.

But now it seems like the player himself has decided – or at least is on the brink of deciding – that he’d rather stay at the King Power Stadium and see just how far this fairytale journey can go.

So Arsenal manager Arsène Wenger has been forced to evaluate other targets.

The veteran French tactician appears to be trying to get his transfer business done early this summer; after failing to sign a single outfield player in the lead-up to last season, Wenger has already secured the capture of combative central midfielder Granit Xhaka for £30 million from Borussia Monchengladbach, and with the pursuit of Vardy, the addition of a new striker appears high on the agenda.

Forced to switch his attention to another target, reports are now suggesting that Wenger will move for former Manchester City striker Stevan Jovetić.

The Football Whispers Index is giving the Jovetić to Arsenal rumours a probability score of 3.9 out of five, suggesting there is plenty of substance to the reports.

The 26-year-old Montenegrin currently plays for Internazionale, having signed on an initial season-long loan from Manchester City last summer. The loan contract included an £11.5 million obligation to buy the player at the end of the season, and Inter are keen to move the player on immediately – even if that means selling him for the exact price they agreed to pay City.

Italian media outlet Sport Mediaset are reporting that Arsenal are leading the chase for the former Fiorentina player, with Spartak Moscow also interested. 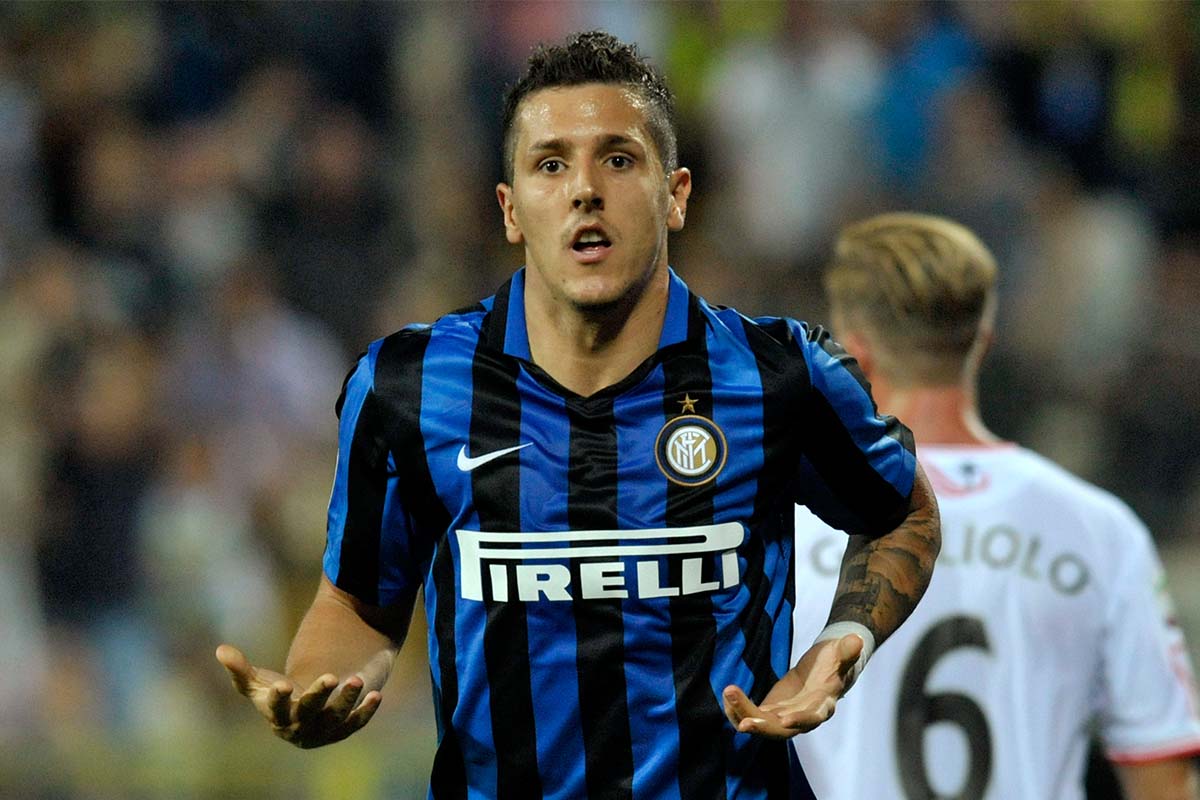 Upon reading news of their club’s interest in Jovetić, Arsenal fans likely to feel somewhat underwhelmed, as the 40-cap Montenegro international failed to make any real impact during his two-year stay in the Premier League, with a series of injuries hampering his time at the Etihad.

But despite an indifferent three years, Wenger will be aware of just how good Jovetić is at his best, and he’ll back himself to guide the talented forward back to top form.

Jovetić signed for Fiorentina in 2008, joining for £8 million from FK Partizan. The then-18-year-old showed flashes of his ability in his opening season with La Viola but was still far from the finished product. The following season, 11 goals from 37 games marked Jovetić out as one of the hottest young players in Italy, only for his progress to be halted by a cruciate knee ligament injury, keeping him out of the entire 2010-11 campaign.

Undeterred, the young player returned better than ever in the 2011-12 season, netting 14 Serie A goals from 27 appearances. Jovetić maintained his excellent form throughout the following season too, prompting City to come knocking with a £22 million bid for the striker.

Although things haven’t gone to plan for Jovetić of late, Wenger will fully understand that he is a far better player than he has shown in recent years, and, if that potential can be unlocked, Arsenal could well have one of the bargains of the summer on their hands.