You have to feel for Borussia Dortmund fans. Just when they start to get a good thing going – like their excellent bounce-back second-place campaign under Thomas Tuchel last season – along comes their biggest rival to systematically dismantle their team.

After a three-year period, between 2010 and 2013, which saw BVB win two Bundesliga titles and reach a Champions League final under Jürgen Klopp, Bayern struck to plunder their brightest young star, Mario Götze – rubbing salt in the wound by announcing that they’d met the German international’s buyout clause prior to the two sides’ meeting at Wembley Stadium to contest the biggest prize in European club football.

Then, a year later, with Pep Guardiola at the helm, Bayern returned to the sight of the crime to snatch away Dortmund’s Polish top-scorer Robert Lewandowski. The most sickening part of this deal for Dortmund fans was that Lewandowski would leave for free, joining the Bavarians on a Bosman at the end of his contract. They were going to lose one of the deadliest strikers on the planet who, at the time, would have had a market value of £30-40m, for nothing at all.

And now, just as the Black and Yellows have recovered some ground after a poor 2014-15 season, just as they have constructed a side capable of challenging the Bavarian’s domestic dominance, Bayern strike again. This time it is Mats Hummels, the BVB captain no less, who will be making the switch from Signal Iduna Park to the Allianz Arena.

But, finally, it appears that Dortmund are going to reverse the trend. Now all signals are pointing towards a Bayern player moving north to join the ranks of Tuchel’s men. 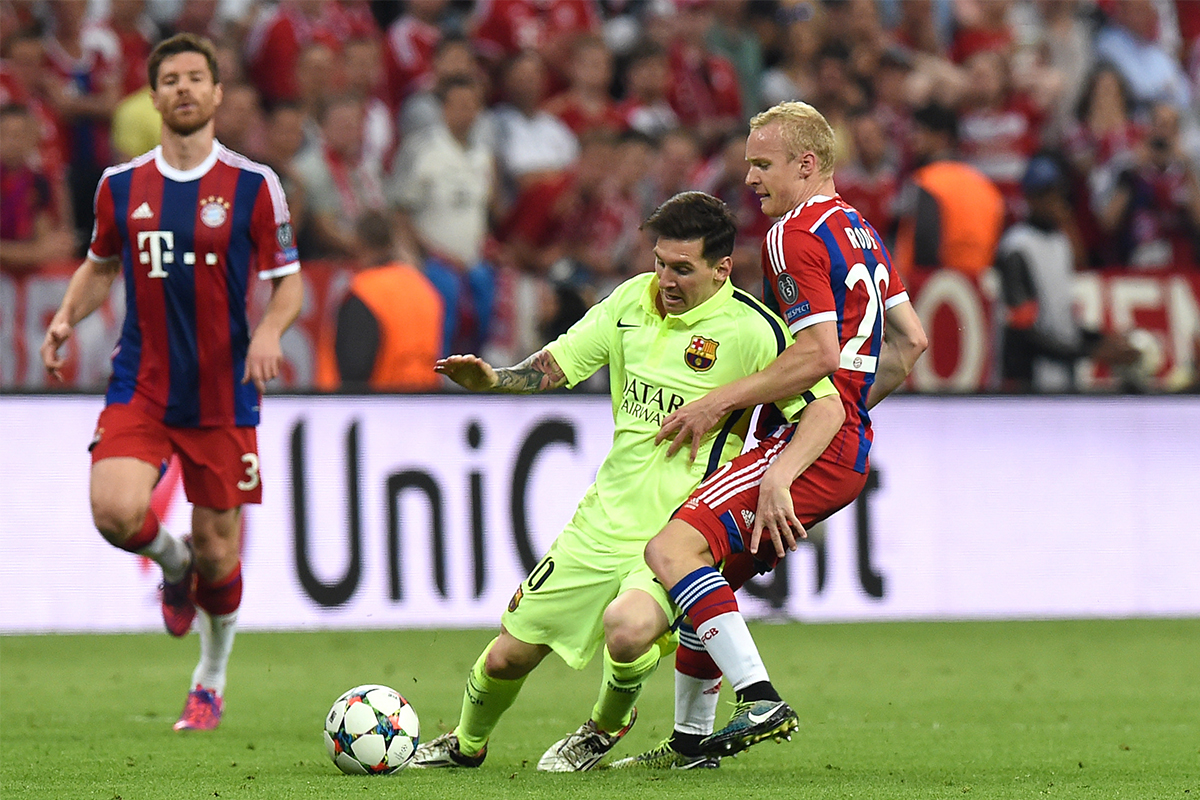 Sebastian Rode may not be a regular fixture in the FCB first-team, and Bayern fans are unlikely to lament his departure, but Dortmund have earmarked the 25-year-old former Germany under-21 international as the man to plug the gap left behind by Ilkay Gündogan’s move to Manchester City.

Reports of Rode joining BVB have grown to the point where the Football Whispers Index is now giving the potential transfer a rating of 4.6, suggesting the deal is as good as done.

Rode joined Bayern from Eintracht Frankfurt in the summer of 2014, signing on a Bosman at the expiry of his contract at the Commerzbank-Arena.

Having been a fixture in the Eintracht midfield during his four-year stay in Frankfurt, Rode had to accept a supporting role upon his move to Munich. The former Kickers Offenbach player made 35 appearances across all competitions, scoring three goals, during his first season with Bayern. But last season, Rode was used much mare sparingly by Pep Guardiola, featuring only 17 times in total, with just four appearances as a starter.

So, with a lack first-team opportunities, it would seem that the time is right for Rode to seek pastures new. Especially as Bayern have already announced the signing of Portuguese midfield dynamo Renato Sanches. The teenager, signed from Benfica for €35 million (which could sky-rocket to well over €60 million if a string of conditional bonuses are met), is likely to be utilised as the preferred deputy to Arturo Vidal and Thiago Alcântara under new boss Carlo Ancelotti next season.

But, nonetheless, Rode could prove an astute acquisition. The 25-year-old central-midfielder has his limitations: he’s not especially quick and no gifted dribbler. But he is experienced, physically strong, and an accurate and intelligent passer.

With Gündogan’s move to Manchester confirmed (City announced that they’d signed the BVB midfielder via Twitter today), Dortmund could use a player of Rode’s experience in midfield.

And although Rode is unlikely to become a key member of Tuchel’s starting XI, his reliability and pedigree would make him an excellent squad option, allowing the more talented Shinji Kagawa, or the impressive Gonzalo Castro, to step up and fill the Gündogan-shaped whole in Dortmund’s midfield.