The worst kept secret in history is out of the bag and Jose Mourinho is now officially the manager of Manchester United. With a transfer warchest believed to be in excess of £200m, the former Chelsea coach will be expected to ignite a flurry of activity at the Theatre of Dreams this summer. Will Atletico Madrid midfielder Saul Niguez be one of the first new faces through the Carrington arrivals door?

After failing to qualify for next season’s Champions League under predecessor Louis van Gaal, Mourinho will be tasked with a major rebuilding job as the Red Devils aim to reclaim their position at the summit of English football. And as our transfer index rating of 2.7 suggests, a move for the Spaniard could be imminent while the former Chelsea boss may even be willing to trigger a £54million release clause to make the Rojiblancos midfielder one of his first major additions.

Revamping the midfield will certainly be a priority for the new Manchester United manager; the ageing Michael Carrick looks likely to be released while the futures of Juan Mata and Marouane Fellaini could be in serious jeopardy too. Time is catching up with 31-year-old Bastian Schweinsteiger too. New blood is inevitable and Saul would fit the bill perfectly.

For all of Van Gaal’s shortcomings, the Dutchman’s eagerness to afford opportunities to the club’s youngsters was extremely well received by fans and owners alike. Trust in youth is engrained into Manchester United’s DNA, and Mourinho will be encouraged to continue those traditions. At 21, Saul still has plenty of time to develop and could potentially play an integral role for the next decade or longer.

But while a focus on youth will be advocated, Mourinho needs players that can deliver the goods immediately. With three years of regular La Liga experience under his belt, including a 2013/14 loan spell at Rayo Vallecano, Saul is more than ready to make an impact from day one.

Since returning to the Calderon in the summer of 2014, the versatile midfielder has emerged as a key member of Diego Simeone’s squad, as was underlined by his selection in Saturday’s Champions League final against arch enemy Real Madrid. That’s exactly the type of experience that Mourinho will need at Old Trafford next season; the fact it comes from such a young talent can only be considered a huge advantage. 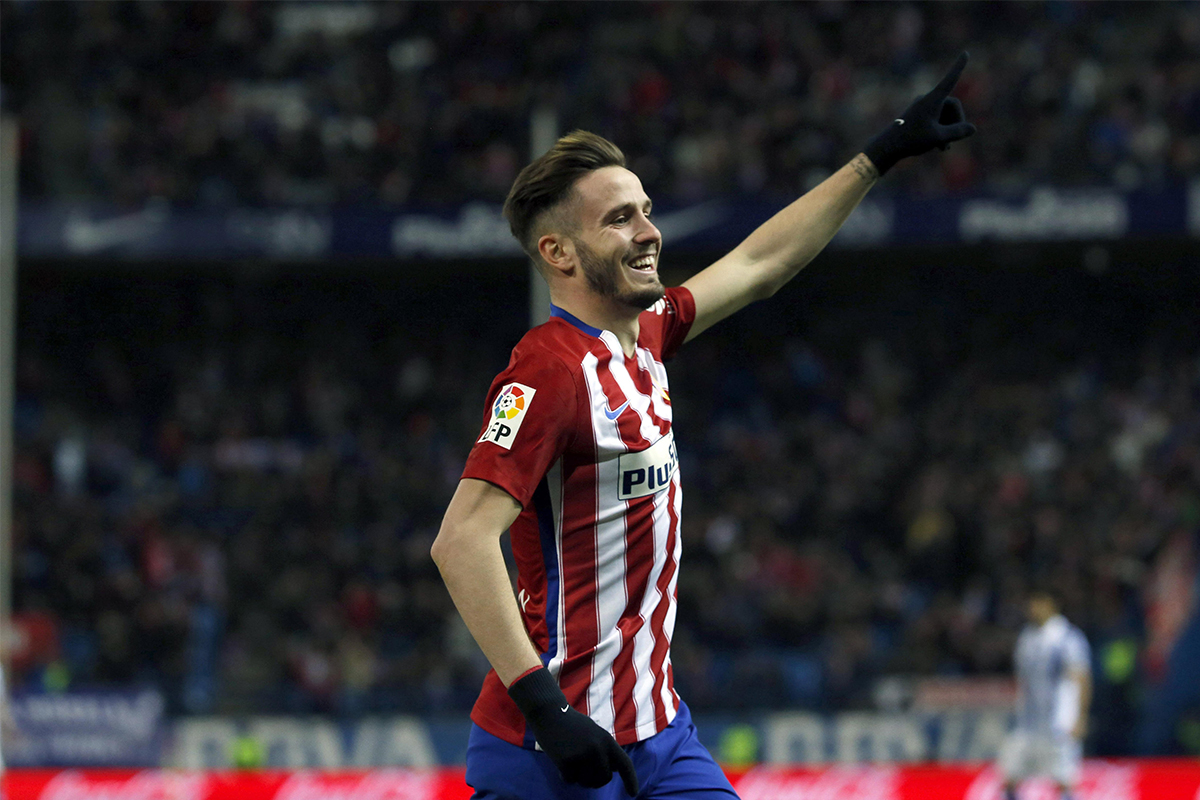 Saul is a fantastic all-rounder, and has operated from both flanks as well the central areas this term. Those qualities have seen his current head coach label him a complete midfielder. However, it would be hard to argue against the fact that the Elche-born star’s biggest strengths lie with his defensive contributions; even whilst playing on the right side of midfield against Real Madrid, those defensive traits were fundamental in keeping the duo of Cristiano Ronaldo and Marcelo relatively quiet. For such a young talent, the Atletico star’s positional discipline is incredible.

With this in mind, many will feel he could be the perfect long-term replacement for Carrick. Those comparisons arguably do a little disservice to his abilities in the attacking third, which have been underlined by a return of seven goals and four assists in all competitions in 2015/16. Nevertheless, the manner in which he sniffs out danger and dictates the transition from defence to attack is very reminiscent of the veteran he looks like to replace.

Mentally, Saul is fantastic: an astute reading of the game, combined with great tackling and work ethic, make him a wonderful shield in front of the central defenders. Mourinho has been keen to utilise this type of player during his previous spells in England, with Nemanja Matic and Claude Makelele playing equally pivotal roles in title-winning Chelsea sides. Do not be surprised if the 5ft 11in Spaniard is selected to take on a similar challenge at the Theatre of Dreams.

Mourinho won’t be the first Manchester United coach to show interest in the Spaniard. The youngster has been on the Premier League giant’s radar since impressing during the aforementioned loan spell at Rayo Vallecano. Potential has quickly evolved into genuine star quality; the change of management, combined with the inevitable wholesale changes, seemingly make this the perfect time for the Red Devils to finally move for their man.

The club is already in a state of transition, with the likes of Marcus Rashford and Anthony Martial rapidly establishing themselves as indispensable components in the Manchester United machine. Saul could be the engine to allow those attacking stars to shine. Even if Mourinho maintains his tradition of spending limited time at any one job, the 53-year-old will be eager to build a dynasty at Old Trafford; Saul is an ideal solution for both the immediate and future plans.

A lack of Champions League football leaves Manchester United playing second fiddle to the giants of Barcelona, Real Madrid and Bayern Munich. Nonetheless, the attraction of playing for such an illustrious club under the management of one of the game’s best respected head coaches will still turn heads. Despite their recent success, Atletico are still some way off being in the same bracket as the Old Trafford giants. When combined with the financial rewards, persuading Saul to join shouldn’t prove too problematic.

If he does, it could be Mourinho's first step en route to bringing the glory days back to the red half of Manchester.