When you have a youth system as productive and a first team as successful as Barcelona’s, there is a high chance that only a small percentage of academy graduates will progress to senior level. To break through means displacing icons of the modern game; this is especially the case if you are an attacker, where you will likely find yourself competing with Lionel Messi, Luis Suarez and Neymar for a starting spot. This is the situation Sandro Ramirez has found himself in over the last two years, but after failing to dislodge legends, he is now set to depart the club.

The Catalan club’s technical director, Robert Fernandez, stated that he didn’t want to obstruct the player’s chances of development, saying: “Last summer Sandro had an offer to leave. We evaluated at that time the situation we had as we could not sign players and he made an effort to stay with us. We are very thankful for that. But there was a date, May 1, that we could have extended his contract another year, but after the way he has behaved [agreeing to stay while Barcelona were under a transfer ban], we believed it was better to open the door for him to explore other opportunities.”

And West Ham could well be one of those opportunities.

Slaven Bilic arrived at the Boleyn Ground last summer with a reputation as an eccentric, rock music-loving madcap, albeit one with mercurial managerial abilities. But, after a disappointing early exit from the Europa League, he transformed West Ham’s fortunes. A riveting Premier League campaign which saw them briefly flirt with the possibility of Champions League qualification began with a stunning 2-0 away victory over title challengers Arsenal and ended with a seventh-place league finish, their highest since 2001-02.

Bilic’s Hammers were tactically astute, something evidenced by their taking twenty-two points out of a possible thirty against the Premier League’s traditional ‘big’ clubs – Arsenal, Chelsea, Liverpool, Manchester City and Manchester United. They proved difficult to beat and, with the magic of Dimitri Payet, obtained the fourth-highest goals scored total. However, in spite of their prolific record in the final third, they appear determined to further reinforce their attacking options this summer. 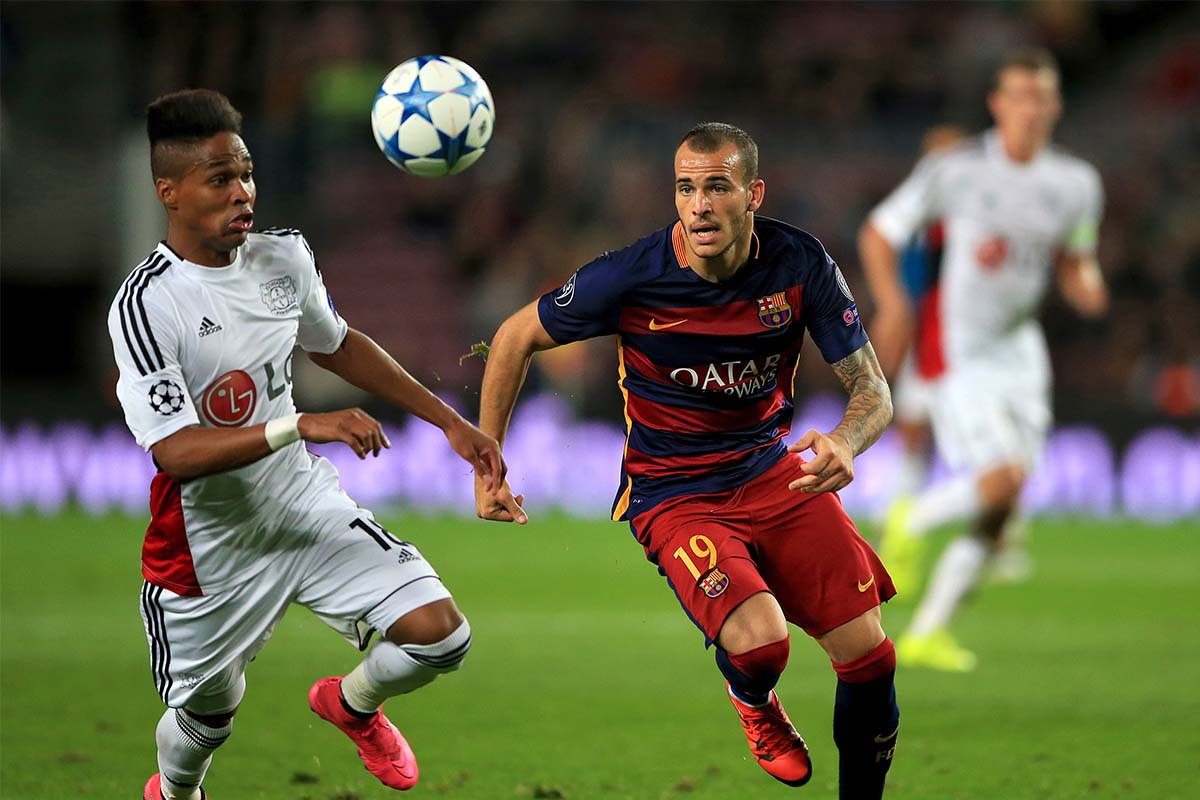 The notion of Ramirez moving to West Ham is still a far-off one, as shown by our 2.2 index rating, but were it to happen, the deal could prove positive for both player and club. Not so long ago a fee of €8 million was reportedly what it would have took to sign Ramirez, but now he is available on a free transfer he could be a bargain for clubs in need of striking options, which West Ham are. And Ramirez possesses several traits that could see him succeed in the Premier League.

An intelligent player with good movement off the ball, the 20-year-old, who came through Las Palmas’ academy before transferring to Barcelona’s famed La Masia, is also an excellent technician with good control, speed and combination play. He understands how to create space and connect with his teammates to cause havoc amid opposition defences. In this sense, he could be ideal for West Ham, providing more finesse at the sharp end of their attack. The only concern would be his goals record; he scored just three times in twenty appearances in all competitions last season. It’s worth noting, however, that many of those showings came off the substitute’s bench.

Ramirez has cause for optimism regarding his ability to settle within the environs of English football, where there is perhaps less tactical emphasis, but more athleticism, physicality and a higher tempo. Bojan Krkic, another former Barcelona prospect, has rekindled his career with Stoke, while Gerard Deulofeu has also shown promise with Everton.

There is reportedly competition for the player from Tottenham, Everton, Crystal Palace and Swansea, but if West Ham can secure Ramirez’s signature, they may well pull off one of this summer’s greatest transfer coups.