At the collapse of Jamie Vardy’s transfer, with Vardy electing to stay with Premier League champions Leicester City, Arsenal fans were probably expecting Arséne Wenger’s next move to be for another striker.

So upon hearing word of a possible bid for West Ham United right-back Sam Byram, Gunners fans could be forgiven for feeling a little confused – where’s the bid for Morata? Or Higuaín?

In truth, it’s highly likely that the failed attempt to bring Vardy to the Emirates has forced Wenger to re-evaluate, and he’ll surely be moving on to the next high-profile marksman on his wish-list.

But big-money moves for big-name strikers take time. In the meantime, it appears that a new full-back is on Arsenal’s agenda.

Byram is somewhat of a shock name to be linked with a move to Arsenal because, after all, he only signed for West Ham in January.

The 22-year-old moved to Upton Park from Leeds United during the mid-season window, and has thus far only made four Premier League appearances for his new club.

But it appears that in that short space of time, regardless of limited game minutes, Wenger has been sufficiently impressed with how Byram has performed since making the step up from the Championship.

Reports of Arsenal’s interest in Byram emerged from Tuttomercatoweb in Italy, who claim that Wenger will pursue the young English defender if Hector Bellerín moves to FC Barcelona. 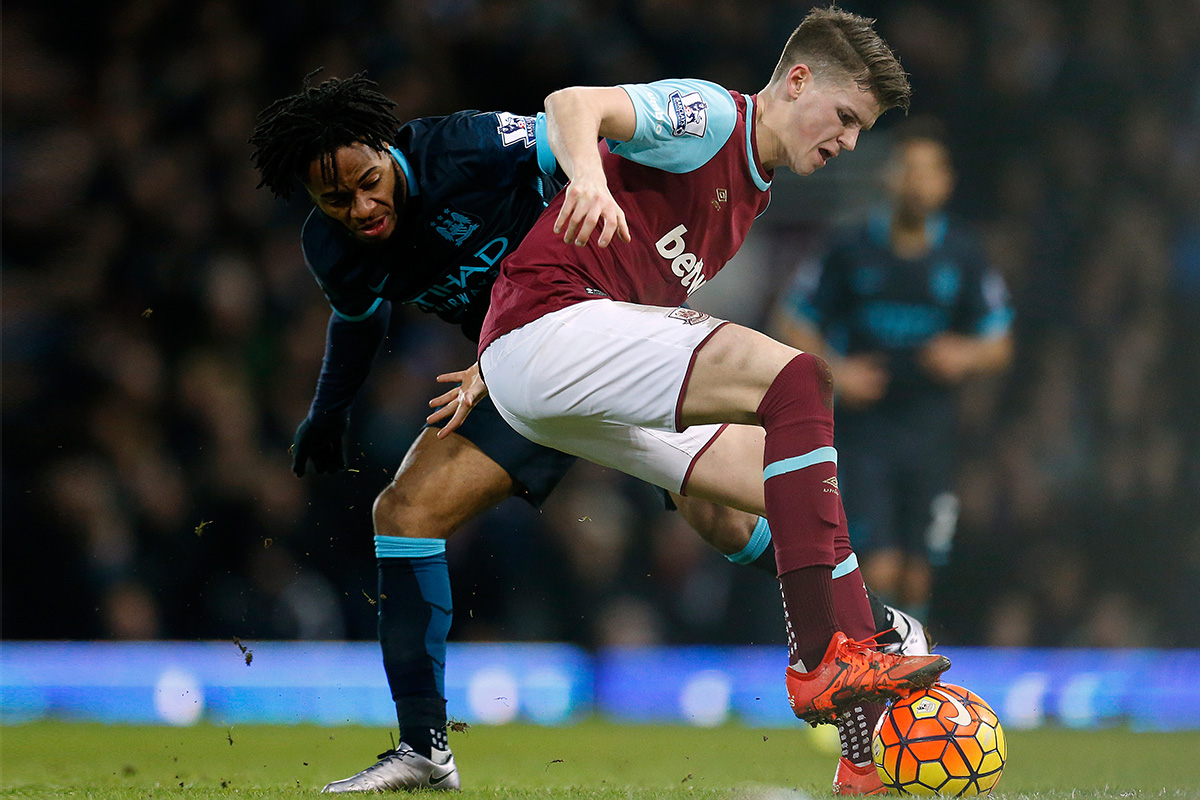 In what could have triggered a protracted transfer domino effect, Dani Alves’ recent switch to Juventus has left Barça without a top-class right-back, and it is believed that they’d love nothing more than to sign Arsenal’s Bellerín.

Bellerín joined Arsenal from Barcelona in 2011 at the age of 16, and last season the Spain international was outstanding as first-choice right-back for the Gunners, earning a place in the PFA Team of the Season for his consistently excellent performances.Arsenal will be extremely reluctant to part ways with the 21-year-old, but the prospect of a return to the club he grew up supporting, is bound to be turning the young Catalan’s head.

Another spanner to throw in the works of this complicated Venn diagram of a situation, is that Barcelona may not have the funds to afford Bellerín this summer, due to the club’s inability to secure a shirt sponsorship for next season, coupled with the spiralling cost of their wage bill.

Arsenal will most certainly not let Bellerín go cheap, so Barça will either be forced to look elsewhere for an Alves replacement, or resolve their cash-flow issues first.

So, back to Byram. The reports from Italy suggest that Arsenal’s interest in the West Ham man is a contingency plan for the possible eventuality of losing Bellerín. But that does not necessarily rule out the option of them bringing Byram in this summer, and easing him in to the picture at the Emirates, before eventually taking over from Bellerín if and when Barcelona come knocking with an offer that is too good to refuse.

And for West Ham’s part in this scuffle, similar to Arsenal’s stance on Bellerín, they will be reluctant to lose one of their bright young talents, especially one who was only signed six months ago.

The Hammers are in the process of trying to build a squad capable of challenging for the top four next season, as they move to their new Olympic Stadium home. So amid rumours of £30 million bids for continental goal-scorers such as Alexandre Lacazette and the apparently Chelsea-bound Michy Batshuayi, selling Byram will not sound like a particularly attractive prospect.

In what seems like a fairly straightforward rumour about one of England’s biggest clubs being interested in a promising young defender, when digging beneath the surface a little, we find a complicated set of caveats and varying possibilities; the machinations of the summer transfer market in microcosm.