Norwich City fought bravely against relegation from the Premier League last season, but, ultimately, the Canaries finished 19th, and must now prepare for life in the Championship in 2016-17.

And as they do so, they must also prepare for life without some of their better players, as, inevitably, there will be members of the squad looking to move on.

It is always the case that a relegated club must bid farewell to some of their more established stars as they make their way down the Football League ladder to the Championship.

Some players will feel that, despite their team being deemed below Premier League quality, they themselves still have plenty to offer in the top-flight, and will seek a move.

Whereas the club may feel it wise to cash in on their more valuable assets and reinvest the money into building a squad capable of bouncing straight back up. Maybe the sale of one player could facilitate the purchase of two or three with experience of successful promotion campaigns.

But in the case of Russell Martin, the Norwich skipper could be set to swap one candidate for promotion from the Championship for another.

Having worked with Martin during his time in charge of Norwich, Brighton & Hove Albion manager Chris Hughton is thought to be keen on reuniting with the man he gave the captain’s armband to at Carrow Road.

“Brighton boss Chris Hughton is a big fan of Martin having worked with the defender during his time in charge at Carrow Road, making the defender his club captain.” 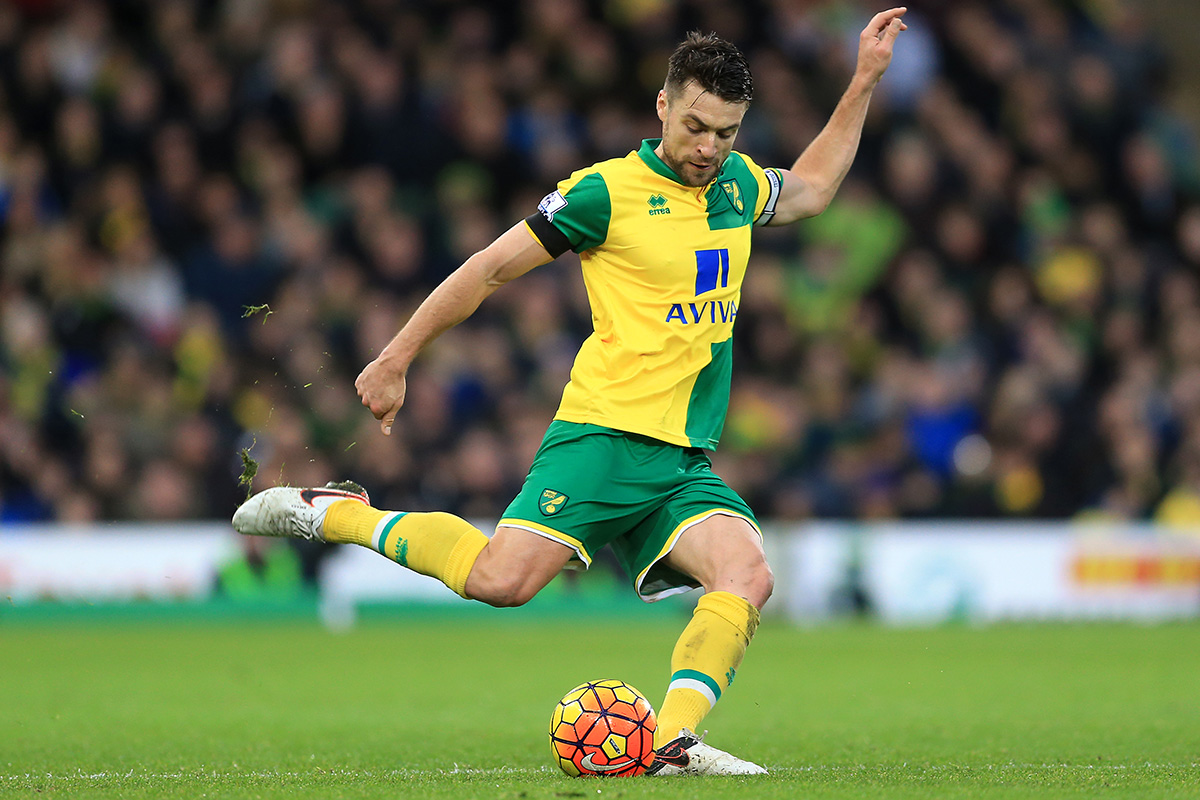 The Football Whispers Index is currently giving the possibility of Martin linking back up with Hughton at Brighton a score of 3.2 out of five, which would suggest that the move is quite likely to materialise.

Martin joined Norwich from Peterborough United in 2010 after a successful loan spell with the Canaries. In his seven seasons at Carow Road, Martin has played a key part in three successful promotion campaigns: once from League One to the Championship in 2009-10, and twice from the Championship to the Premier League in 2010-11 and 2014-15.

The 30-year-old’s track record of helping his team escape the notoriously arduous Championship will undoubtedly be one of the driving factors behinds Hughton’s desire to sign 25-cap Scotland international.

After missing out on automatic promotion on goal difference last season, Brighton were defeated in the semi-final of the Playoffs by Sheffield Wednesday.

The Seagull’s will be keen to put the disappointment of the previous campaign behind them as they bid to claw their way into English football’s top tier.

The potential addition of Martin, could be a move to soften the blow of losing defender Lewis Dunk, whose impressive performances for Brighton last season look set to earn him a move to a Premier League club this summer.

Martin, who was born in Brighton and played for the club at youth level, made 30 top-flight starts last season, scoring three goals. His experience and leadership would be a major boon to Hughton, who hopes to bring Premier League football to the Amex stadium in 2017-18.