The Potters, who have earned a reputation for signing players from some of the Continent’s biggest clubs in recent years, are on the lookout for a new striker, with a move for West Bromich Albion’s Saido Berahino also being mooted.

The Mirror reported yesterday: “The Welshman is also hoping to reach agreement for Van Persie who wants to quit Fenerbahçe for a return to the Premier League.

“West Ham have rejected the chance to re-sign the 32-year-old Dutchman who has been offered to a number of clubs. But both Stoke and Middlesbrough remain interested.”

The Football Whispers Index is currently giving the potential for a Van Persie switch to Stoke a rating of 4.3 out of five, which would suggest that Hughes’s interest in genuine, and the transfer is quite likely to materialise.

Van Persie left United to join Fenerbahçe just a year ago, and has returned a very respectable tally of 16 goals in 31 appearances — as well as registering three assists in his maiden season in the in the Turkish Super Lig.

Prior to his move to Turkey, van Persie enjoyed 11 successful seasons in the Premier League, after joining Arsenal from Feyenoord as a 20-year-old in 2004.

Much of his early career in North London was blighted by injury, but whenever van Persie played, there was no doubt about his quality. 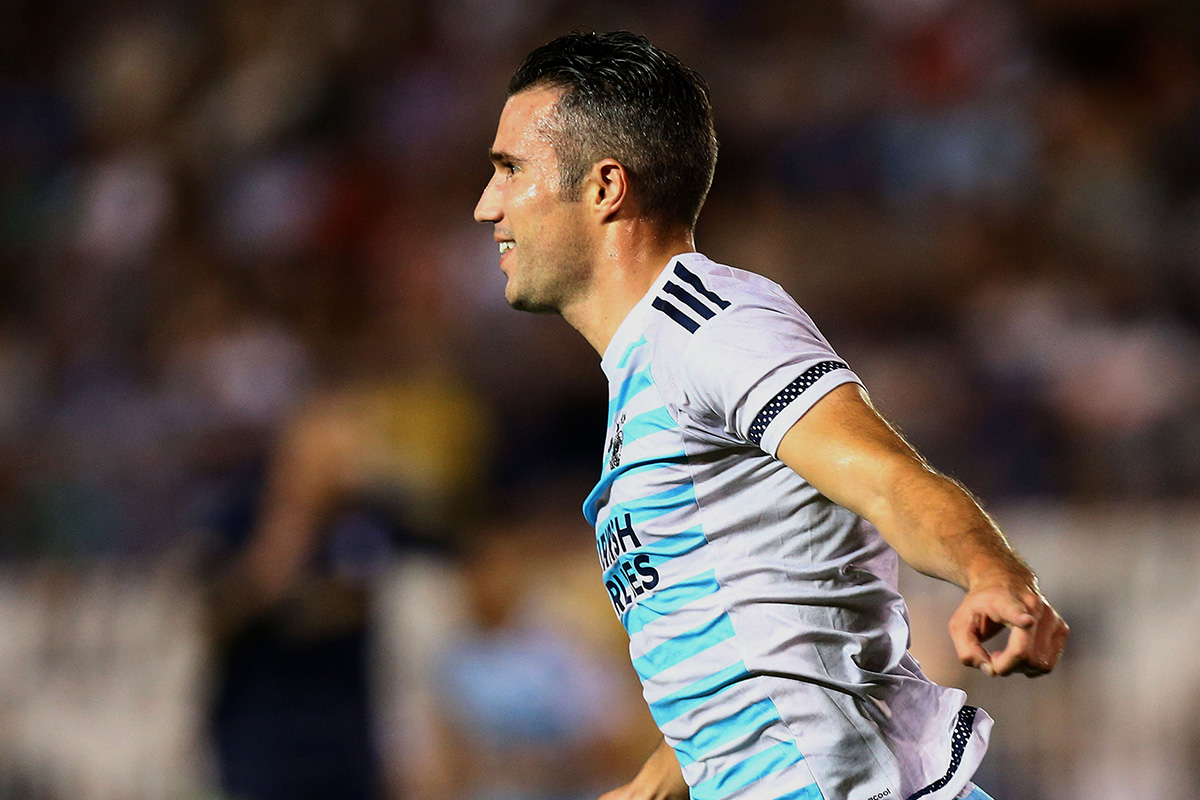 Initially, Arsenal manager Arséne Wenger used the Dutchman either wide on the left of his attack, or behind a central striker as a number 10. But van Persie’s most productive season as a Gunner was the 2011-12 campaign in which he was utilised as a centre-forward, and finished as the Premier League’s highest goal-scorer with 30 goals in 38 games, netting a total of 37 in all competitions.

But that would prove to be his final season at the Emirates, as a controversial £24 million move to Old Trafford soon followed, with then-United boss Sir Alex Ferguson taking advantage on the fact that van Persie only had one year remaining on his Arsenal contract.

The former Feyenoord man proved to be the catalyst in delivering the Red Devils’ 20th top-division title, as he scored 30 goals in all competitions in his first season in Manchester.

Ferguson retired at the end of that season, and van Persie was never quite able to recapture his best form at Old Trafford, scoring 18 goals in the following campaign under David Moyes and just 10 under Louis van Gaal before making the switch to Fener.

Despite his advancing years – van Persie will turn 33 next month – the 101-cap Netherlands international still has plenty to offer at the highest level.

As one of the most technically sound players of his generation, van Persie will be less affected by his waning pace than most strikers would be. And when you consider the list of incredible forwards that have represented the Oranje over the years – names like Johan Cruyff, Marco van Basten and Ruud van Nistelrooy – the fact that van Persie is his nation’s all-time highest goal-scorer, is a testament to the player’s quality.

A motivated van Persie could still impact games at the highest level and, with the right service, the 32-year-old is capable of scoring more than his fair share of goals.

If Stoke are successful in their efforts to pair van Persie with Berahino next season, and when you add in the creativity of Bojan Krkic, Xherdan Shaqiri and Ibrahim Afellay, the Potters could be fielding one of the most potent attacks in the Premier League.