A summer of intense transition at St Mary’s has already brought a change of manager in addition to the departures of several key players. New Saints boss Claude Puel will need new blood as the club try to juggle domestic and European commitments this season; having started the recruitment process with the arrival of Nathan Redmond, the French coach is now turning his attentions to a second acquisition. A young Bayern Munich midfield star could be on his way to England.

Unfortunately for Southampton fans, they won’t be celebrating the acquisition of Arturo Vidal or Thomas Muller. However, in 20-year-old Pierre-Emile Hojbjerg, the Saints could be on the verge of obtaining a very promising talent indeed. Furthermore, a transfer index score of 3.0 suggests that a deal could be finalised within the coming days.

Perhaps unsurprisingly, the Danish international has struggled for regular first-team football at the Allianz Arena, spending four years restricted to the peripherals in Munich. Meanwhile, the arrival of Euro 2016 winner Renato Sanches from Benfica appears to end Hojbjerg’s hopes of progression under Carlo Ancelotti.

While Hojbjerg’s time in Munich has been fairly frustrating, the young defensive midfielder has enjoyed some success on German soil. A productive loan spell at Augsburg in the second half of 2014-15 was followed by a season-long loan at Schalke last term, where he amassed a total 23 Bundesliga appearances as the Gelsenkirchen club finished fifth.

The potential is certainly there, but the player has openly admitted that a move away from Bayern is his only hope of securing regular football. The exit door beckons, and the Bavarian club are likely to accept any bid in the region of £12.5m. Southampton are reportedly ready to meet those demands and are the clear frontrunners at this stage; it could be a great deal for club and player.

In light of Victor Wanyama’s sale to Tottenham, Southampton will need reinforcements in the middle of the park. Puel has inherited a good squad from predecessor Ronald Koeman, but some questions will be raised regarding the physical presence of Jordie Clasie. The Dutchman is a gifted technician, but needs a strong figure alongside him. Even at 20, the 6ft 1in tough-tackling Dane would be a worthy addition. 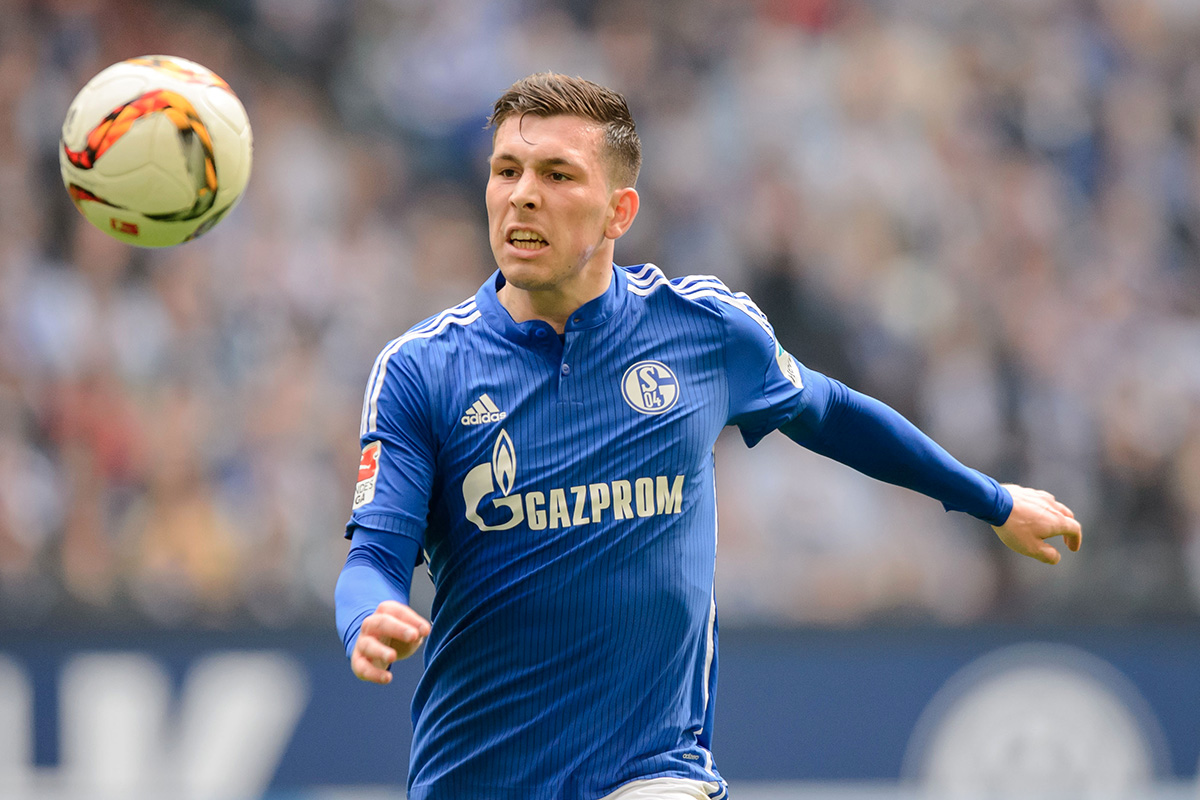 Like most Bayern midfielders, Hojbjerg has plenty to offer going forward and is capable of producing telling contributions in the attacking third. Nevertheless, the Dane’s best attributes are as midfield protector. Assuming Puel doens’t stray too far from Southampton’s immensely successful blueprint, the Danish star’s ability to sniff out danger with interceptions before unleashing a telling pass could be a key weapon for a side that has found great joy from quick turnovers over the past two seasons.

Perhaps more importantly, particularly from the owners’ perspective, Hojbjerg fits in perfectly with the recruitment policy. Southampton are an ambitious club that won’t be expecting to flirt with relegation in 2016-17, even if the demands of Europa League football does have an impact on their domestic form. But the Liebherr’s have built a reputation of developing young talent before selling (often to Liverpool) at an inflated cost. Last month’s record signing of Sadio Mane was just the latest instance of this happening. In today’s market, a £12.5m purchase for one of Europe’s most promising rising midfield stalwarts could be another fantastic opportunity to squeeze out a few years of service before cashing in for big money.

As far as the manager and fans are concerned, though, it’ll be all about the extra quality Hojbjerg would bring to the team. Promising performances at club level have been matched by impressive displays for the Danish national team, which has even led to some pundits labelling him a greater talent than Tottenham’s Christian Eriksen. If he can follow in the footsteps of his compatriot by settling into the English life quickly, it could become one of the best singings of the transfer window.

Hojbjerg won’t be fooled into thinking he’ll be guaranteed a starting place every week. Due to his age, many will still view him as a player for the future, which isn’t necessarily a bad thing. But, with such a packed schedule, he can expect to receive ample playing time under Puel. Regarding his own development in the game, St Mary’s looks like the perfect destination.

The Danish international is still learning the game, yet already boasts an array of passing skills as well as the mental reading to become a genuine star. Bayern Munich has proved to be a step too far at this premature stage. However, there’s no doubt that he is a player capable of performing at a very high level.

Whether Southampton turns out to be his level or a stepping stone en route back to the very top of European football, Hojbjerg couldn’t ask for a better playground to nurture his talent. In today’s market, at under £13m, the Saints could be in line for a bargain.