Paul-Georges Ntep first rose to prominence when he was playing for AJ Auxerre in Ligue 2. After scoring a couple of exception goals, he was linked with a move to
Now 24 years old, Ntep is just recovering from injury and is trying to find his feet back in the Stade Rennais starting XI. His contract is up in the summer of 2017 and without signing an extension, he could agree a pre-contract deal with anyone come January the 1st.

That has alerted the attention of Liverpool, Arsenal again and Southampton.

Luckily for the French international, he didn’t follow the same path as Sanogo and made the next step of his career by joining Rennes in January of 2014. It took a handful of games for the forward to find his feet, but after scoring his first goal in the 3-0 win over FC Nantes, he would score four in his last four games.

The pick of the bunch came on the final day of the season against Stade de Reims. After stealing into to intercept the ball outside the box, he rounded the outrushing goalkeeper and was clear through on goal. He would stop the ball on the goal line, stoop down and head the ball across the line.

It was the goal that Manchester United legend George Best always wanted to score, Ntep idolised the Northern Ireland winger, and although some deemed the move as bullish and disrespectful, he was paying homage to the footballing legend.

“First I want to clarify that it is by no attempt to disrespect Stade de Reims and its supporters. Football is a pleasure. For me the day I don't find it fun, I'd stop. Sorry for those who do not understand. A goal is a goal”

Reims fans might not have enjoyed it, but it was a window into what is truly a very talented young player. Ntep continued to do what he had at Auxerre. Finding a way to cut in from the left-wing to unleash some unstoppable shots from distance. He would score nine time and add six assists during his first full season in Ligue 1, developing a great understanding with Abdoulaye Doucoure – now at Watford – and it led to the winger receiving a call-up with the France national team.

For Rennes he continued to show his ability to beat players at pace, cross and pick passes with both feet, despite being stronger on his right. He could play on the right too, but it’s obvious he is much more comfortable on the left and look to cut inside, asking more questions of the defenders trying to cover him.

“I love one-on-one situations,” said Ntep in an interview with FourFourTwo.

“There’s no question I love going head-to-head against an opponent. I’ve won a lot of the duels I’ve had this season. My favourite position is left wing. I feel more comfortable coming inside onto my stronger right foot from that wing because I know I’ve got a big shot.”

After his two caps for France, the 2015/16 campaign was meant to be his real breakout year, but injuries got in the way. He missed the start of the campaign, portions in the middle and didn’t play from Week 28 until the fourth week of the new season. In and out of the side, he never found a rhythm, and it’s clear to see this season too.

A lack of regular playing time makes it difficult to see if he has fully recovered from the injuries that kept him out. Even Rennes fans are unsure whether he is the same dynamic player that impressed them on his arrival. 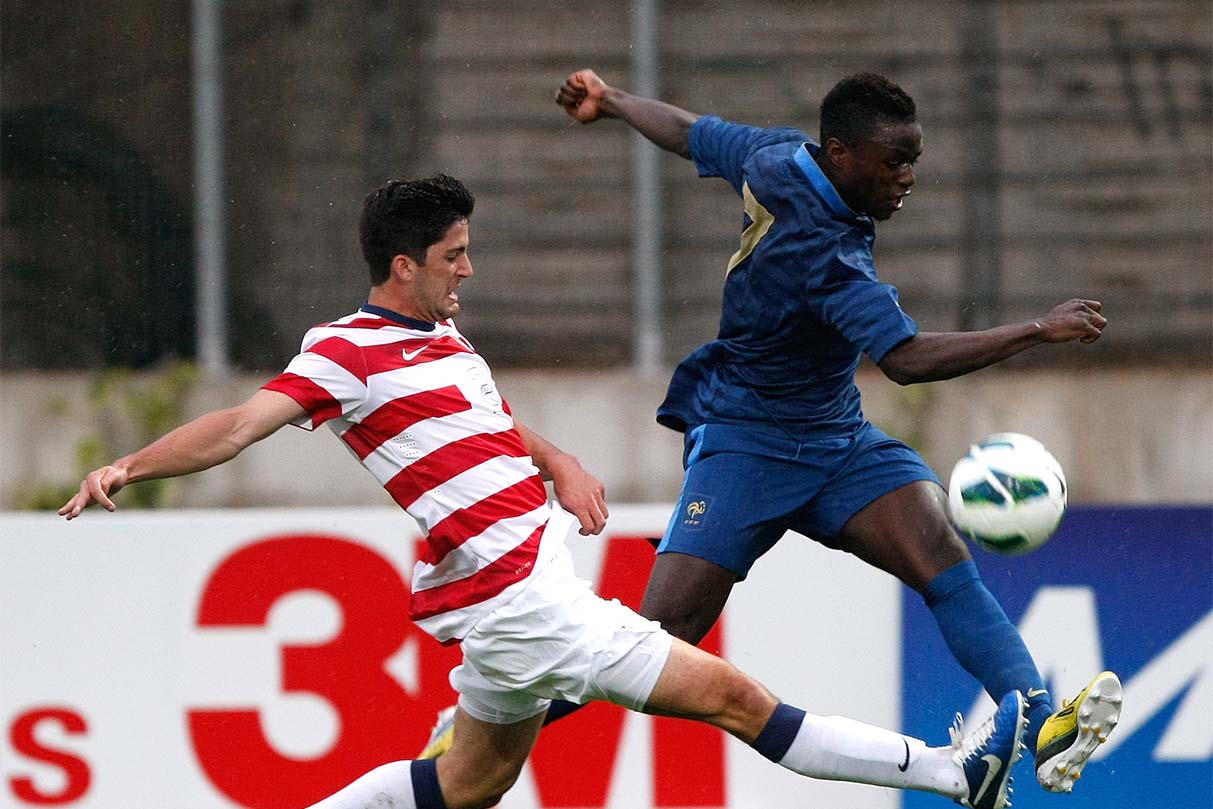 He recently told L’Equipe that he would be happy to sign an extension on his current deal, giving him the space to enjoy a full season and not have to worry about the constant speculation regarding the summer. Until that is done, he will be linked with moves to England.

Against Bordeaux, Dijon and Guingamp, there were signs of the old Ntep. Looking to break inside, trying to get past defenders and working hard to cover down the flanks. It still looks like the 24-year-old is lacking full match-sharpness and that same spark, edge, level of excitement that he previously had.

Of all the three teams he has been closely linked with, it’s hard to see the Ntep at this level making an impact. Even at Southampton, he’s definitely not as exciting as Sofiane Boufal has become, and until he plays a Premier League game, it’s unclear whether he can impress the same way he did at Lille OSC. It would be unfair on either him or Ntep, two players that play roughly the same position, to put them in competition so soon.

There is no doubting the exceptional talent Ntep is, and what he could become. However, he’s not ready for that step up just yet. Before that, he needs to prove he is ready to become one of the best players in France. Not just a forward with potential.