Will the self-proclaimed Nicklas ‘Lord' Bendtner make the move back to London?

Opinion-dividing Dane Bendtner has today been named as a potential QPR target by ESPN and Sky Sports, but other outlets are reporting that the West Londoners have little interested in a deal.

The former Arsenal player is currently a free agent after his contract was ripped up by previous club Wolfsburg with over a year left to run on it after he failed to stick to his fitness schedule during his time in Germany.

Never far from controversy, the tall targetman was fined for oversleeping and ended up being cast adrift from the first-team squad by manager Dieter Hecking.

He also turned up for training at the Volkswagen-owned club in a Mercedes, and just could not get to grips with the level of professionalism needed to succeed at the 2009 Bundesliga champions.

It is a similar theme to his nine years in North London, where he failed to knuckle down after coming through the junior ranks and being handed a big money pro contract – leading Arsenal manager Arsene Wenger to release the once promising hitman in June 2014.

The perception is that he vastly overestimates his abilities, which led to the whole ‘Lord Bendtner’ shtick that still follows him around today. 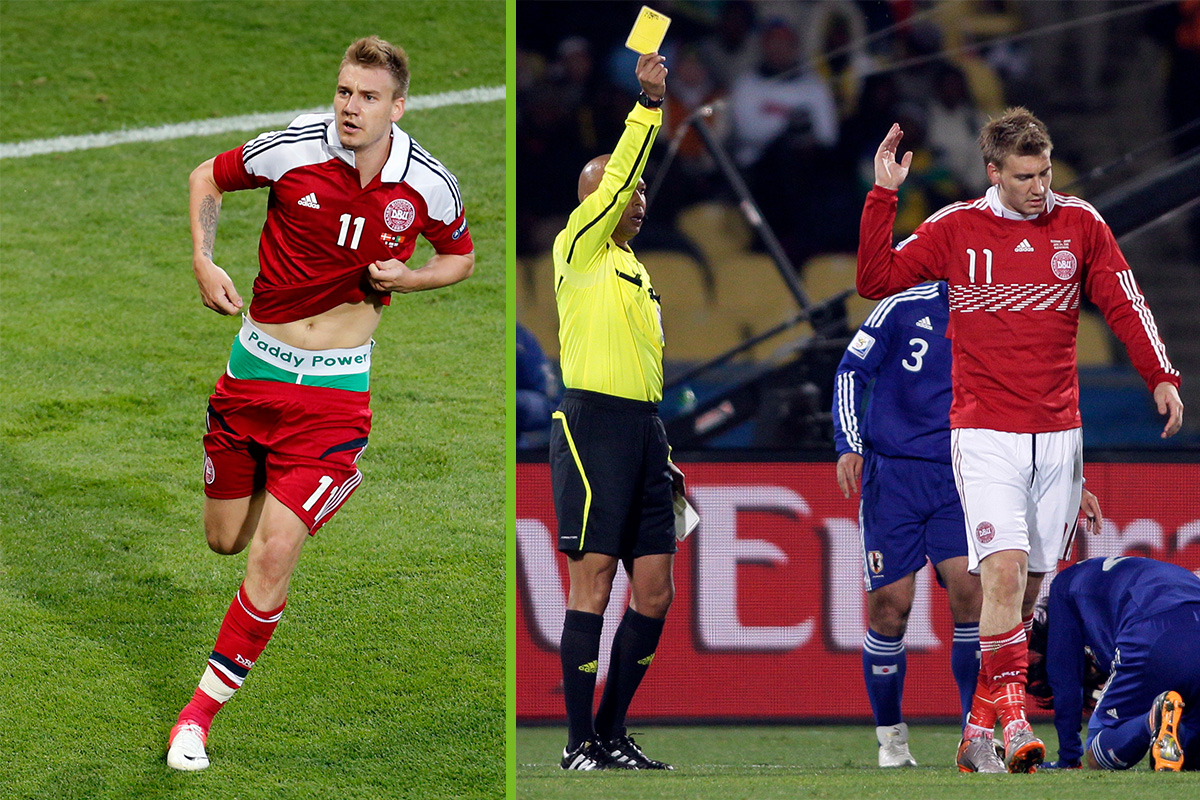 To play devil's advocate for a second, it is worth noting that he has a brilliant international record for Denmark (73 caps, 29 goals), and always seems to be able to provide the goods for his country. That said, he has not been picked for a squad since a friendly against the USA in 2015 – although, he did score a hat-trick in that game.

Unable to replicate that national form when he pulls on his club shirt, inevitable questions about his motivation have dogged him. Coupled with his disciplinary issues, it can make it hard for teams to take a risk with the forward.

As always, the value Bendtner places on himself and that which potential suitors are willing to pay could prove a stumbling block – making a move to a Championship side, such as QPR all the more unlikely.

The Rs have made a solid start to their season, but boss Jimmy Floyd Hasselbaink has admitted that needs to add another striker if he wants to keep the squad competitive until he can review the situation in the January window.

The Evening Standard reports that there has been no formal contact between the player and the club, and while they are searching for a new striker, Bendtner is not one of their top targets at this moment in time.

The forward has been linked with a big-money move to China in recent months, but whether his desire is to find a club to boost his bank balance or one to help prove that he still has the ability to match his early promise remains to be seen.

With six clubs under his belt (including loans), it's fair to say Bendtner been around the block, but at 28 there is still time to show that he still has what it takes and that he can be trusted to toe the line.

There is no doubt that he will be able to find a club somewhere, and he could go on to prove his detractors wrong by finally emulating his international form at club level. He just has to get rid of the perception that he’s a handful to deal with.

Will Hasselbaink and QPR be the ones to take a gamble? With Junior Hoilett looking likely to leave in the window for a return to North America, the Loftus Road club will need to ensure that they cover their attacking options.

The FW Index Rating on Bendtner's to QPR currently sits at a medium 2.4 – watch this space because, as we know by now, anything can happen when the ‘Lord' is involved.