Transfer activities at the Liberty Stadium were put on ice during the early weeks of the summer due to £100m club takeover by an American consortium. However, manager Francesco Guidolin now has the green light to make the necessary additions ahead of the 2016-17 season., and is believed to be closing in on

The 23-year-old has shown immense potential since his breakthrough season at Utrecht in 2011-12, landing the club’s Player of the Year award before moving to Ajax in the summer of 2013 for a fee of €3.8m. Unfortunately for the former Netherlands U21 star, the majority of his time in the capital has been restricted to the peripherals. In three years at the Amsterdam Arena, Van der Hoorn has registered just 33 Eredivisie appearances, with Joel Veltman and Jairo Riedewald establishing themselves as the first choice pairing. Following the recent departure of head coach Frank de Boer, this could be the perfect timing for the young defender to seek a new challenge.

New Ajax boss Peter Bosz will be eager to stamp his authority on the Amsterdam club immediately as he sets out to lead the club to its first league title in three years, and it would appear Van der Hoorn isn’t a part of those plans. This could pave the way for a cut price exit; as our transfer index rating of 4.3 highlights, the Swans look ready to swoop.

Guidolin is keen to bring a ball-playing central defender to South Wales, and the Dutchman could be viewed as the perfect addition to partner Ashley Williams in the heart of defence. The towering 6ft 3in star certainly has the physical capabilities of handling the rough and tumble of Premier League football while his calmness in possession could be a key attribute for a team that bleeds attractive football from its pores.

Despite the takeover, Swansea won’t be blessed with the biggest transfer kitty in the league. While the club harbours ambitions of getting back into Europe, the emphasis will largely be placed on bargain deals. Given that Ajax are reportedly willing to sanction a sale for roughly the same fee that he joined for, Van der Hoorn would offer minimal financial risk. 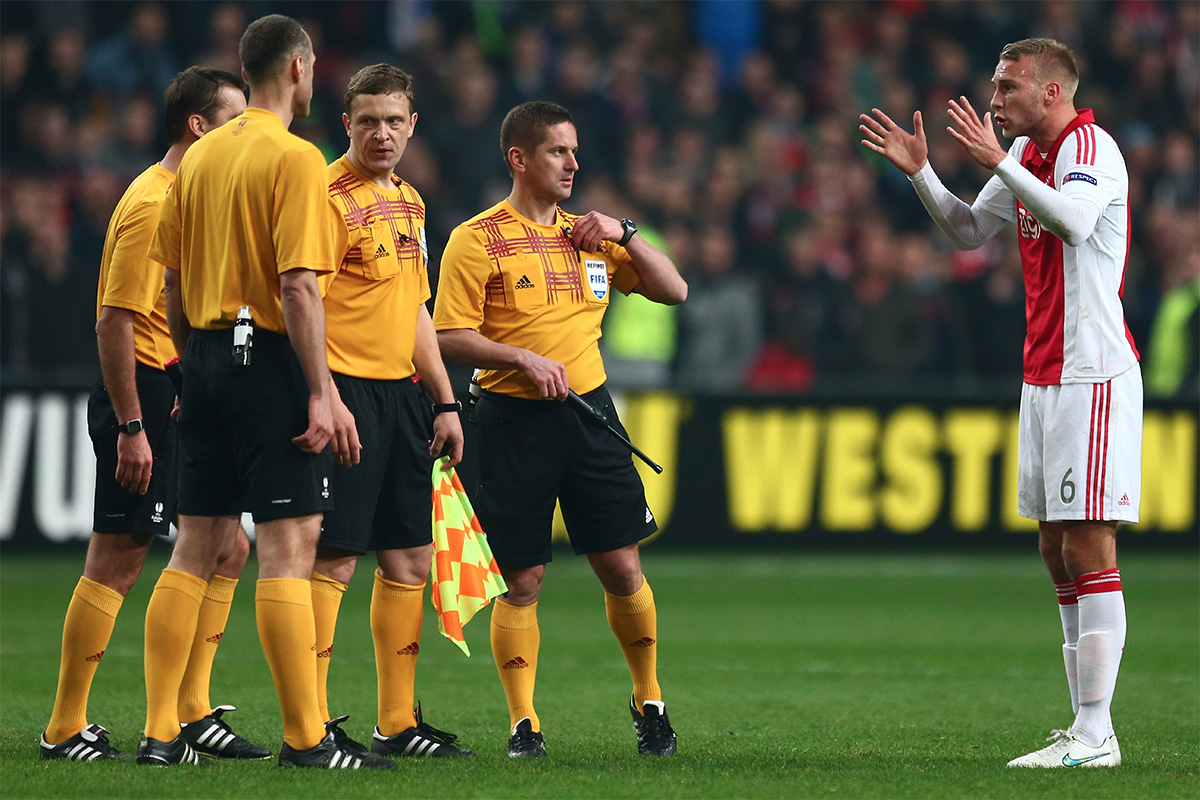 Swansea aren’t the only club chasing the Dutchman’s signature, with both AC Milan and Trabzonspor have been linked to the defender in recent weeks. Nonetheless, it’s the Premier League outfit that lead the pursuit; some reports even suggest that the Welsh club have already reached an agreement with Ajax, and are currently in the process of talking personal terms with the player. Even if the speculation is ahead of the reality, the Liberty Stadium appears to be the centre-back’s most likely next destination. After all, the allure of the world’s richest and most attractive league would be hard to resist.

Van der Hoorn will have aspirations of working his way into the new look Netherlands side, who will be desperate to repair the damage of their humiliating failed Euro 2016 qualifying campaign. A positive season in the Premier League would fire the confident defender straight into contention for Danny Blind’s squad. And the youngster only need look at Swansea’s recent history for Dutch inspiration: Michel Vorm, Jonathan de Guzman and Leroy Fer all enjoyed positive spells with the Jacks whilst Ferrie Bodde became a club cult hero prior to top flight promotion.

While it isn’t the only problem that needs addressing, bolstering the central defensive options will be top of Guidolin’s agenda. The pairing of captain Williams and Argentine Federico Fernandez is fairly solid, but the alternatives are well below par. Meanwhile, last season’s of 52 goals conceded is the club’s second worst defensive return since gaining promotion to the Premier League five years ago. Van der Hoorn would offer a cheap solution to plugging a gap, which could become increasingly important of the skipper’s injury worsens throughout the remainder of his country’s Euro 2016 campaign.

Limited appearances in Amsterdam would make any move for Van der Hoorn a risk, as its hard to gauge just how good he can become. Nonetheless, the defender impressed massively during his extended run in the team towards the back end of 2015-16, particularly in his Man of the Match display against eventual title-winners PSV. When combined with his promising final year at Utrecht, it’s a cut-price risk that a club of Swansea’s standing would be more than willing to take.

The biggest hurdle for Guidolin will be persuading the 23-year-old to accept what would presumably be a rotational role. If the 60-year-old Italian can do that, the club’s first deal of the summer may be completed within a matter of days.

At the price being suggested, it could be one of the shrewdest moves of the season.