Tottenham Hotspur have been linked with a move for Borussia Dortmund’s versatile defender Matthias Ginter, with Arsenal also thought to be monitoring the situation, according to reports in Germany.

It was reported by German newspaper Bild last week that Spurs are interested in taking the talented young defender to White Hart Lane, and Mauricio Pochettino’s men have submitted a £12 million offer for Ginter.

However, Dortmund boss Thomas Tuchel has moved to pour cold water on any rumours of a transfer for Ginter, insisting that the World Cup winner is not for sale.

“With Ginter, I think everything is said,” Tuchel said. “German clubs wanted to sign him and now English clubs want to sign him.

“I don't know if everything is true or it is just rumours but we made our point clear – Matthias is our player and stays our player.”

The Football Whispers Index is currently giving the rumours of a Ginter switch to Tottenham a score of just 1.9 out of five. The low score doesn’t necessarily mean that any deal is beyond the realms of possibility, but it does, however, reflect how Dortmund’s unwillingness to part ways with the player makes any such transfer unlikely at this stage.

The nine-cap Germany international signed for BVB from SC Freiburg in the summer of 2014, but has been forced to shift positions to find a first-team berth in his time at Signal Iduna Park. 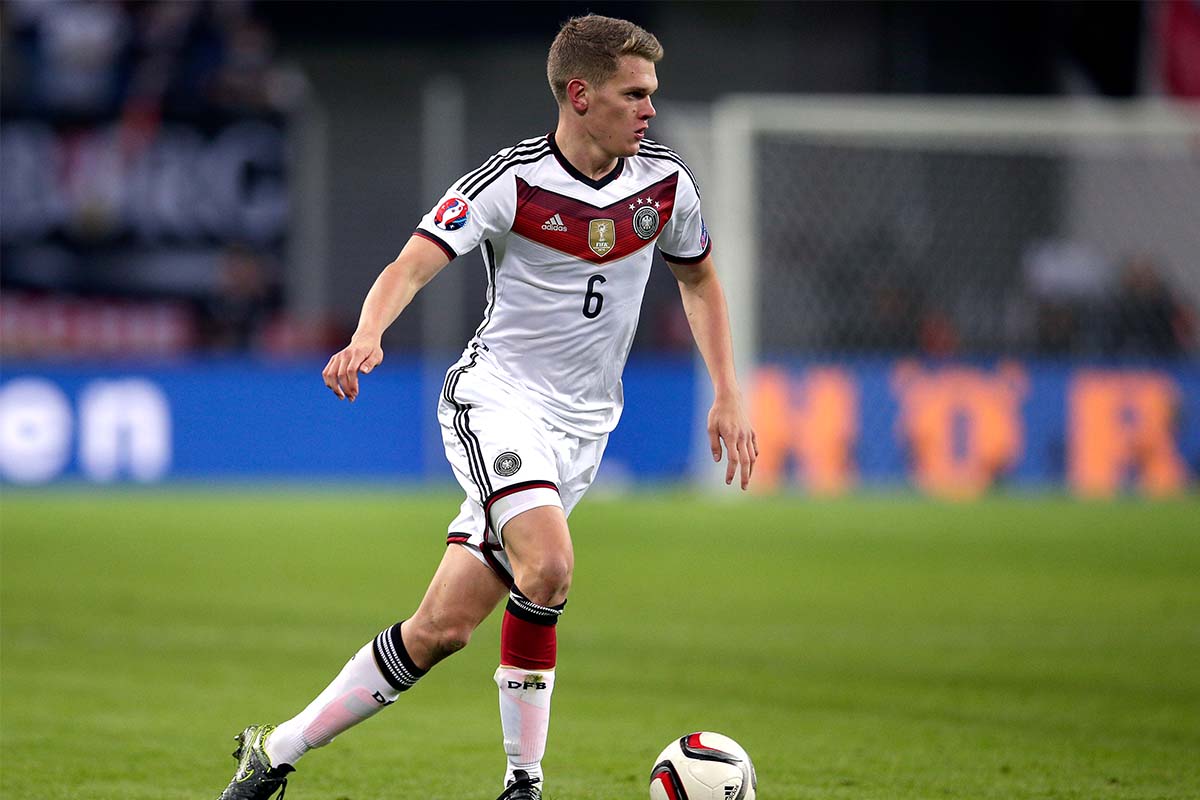 As a centre-back by trade, 14 of Ginter’s 21 Bundesliga starts last season came at right-back. The 22-year-old has also featured as a central defensive midfielder for the Black and Yellows.

Though it’s easy to see how the youngster could become frustrated at being moved around the pitch to fill gaps where needed, at 22, Ginter still has plenty of time to settle into a specific role and make it his own.

The fact that Ginter was moved between full-back, centre-back and centre-midfield last season, coupled with some absences due to injury, is likely the key contributing factor behind Germany coach Joachim Löwe’s decision to leave him out of his 23-man squad for Euro 2016. This will have undoubtedly been a huge disappointment for Ginter – especially after being named as the youngest member of Löwe’s 2014 World Cup winning squad two years ago – and is probably the root of media speculation about a possible move away from BVB.

But Tuchel knows the value Ginter offers to his side. And with the departure of captain Mats Hummels to rivals Bayern Munich, a position has opened up in the centre of Dortmund’s defence; Ginter will have the opportunity to compete for that role with new signing Marc Bartra, and stake a claim to becoming heir to Hummels as BVB’s key defensive leader.

From Tottenham’s perspective, it’s easy to see why they would want Ginter: the young defender is very tactically aware, and has demonstrated his ability to adapt to different roles and instructions under Tuchel. And Ginter is a technically superb ball-playing defender; the kind of player that is becoming increasingly prized in world football.

But if Ginter were to make the leap to North London, he’d likely find the Spurs back four even more difficult to break into than Dortmund’s – particularly in the centre-back positions where Jan Vertonghen and Toby Alderweireld have formed arguably the best partnership in the Premier League.

It seems a near certainty at the moment that Ginter will remain a Dortmund player next season. And if the former Freiburg man can nail down a regular spot in the back four, then Tuchel and the BVB hierarchy should brace themselves for some serious offers for his services next summer.