A flurry of transfer activity is almost guaranteed at Old Trafford this season, but the prospect of Matt Ritchie joining from Bournemouth is one that’s surfaced from nowhere. Let’s take a closer look at what it could mean for the Red Devils.

The post-Sir Alex Ferguson era has been tougher on Manchester United than anyone could have ever predicted; the once dominant Red Devils have seen title races replaced by scraps for Champions League football while, perhaps more worryingly, fans and former players alike feel like the club has lost its identity.

In addition to surrendering the fear factor that had once been synonymous with Old Trafford, the Manchester United style of play has been sacrificed too. High-quality wing play had been a hallmark throughout the 20th century and right up until Ferguson’s departure. However, David Moyes and Louis van Gaal have both failed to replicate those philosophies, and the wide midfield areas have been a hugely problematic area for some time. The name Matt Ritchie might not be the star attraction that fans will want, but he might just be the player that this team needs.

Manchester United is still a massive club and will attract big players regardless of their situation at any given. Nevertheless, linking a club that’s struggling for Champions League qualification with global superstars like Neymar and Gareth Bale is nothing short of ludicrous. The Premier League giants may reside at the summit of world football off the pitch, but they simply cannot match the likes of Bayern Munich, Barcelona or Real Madrid on it. Ultimately, that’s the telling factor that should essentially rule a line through any of those potential blockbuster moves. In life, it’s important to walk before you run, and that’s the situation that the Red Devils find themselves in.

Whether it’s Van Gaal, Jose Mourinho or someone else, building a team that will comfortable finish in the top four and start challenging for domestic honours has to be top of the agenda for 2016/17. Taking this into consideration, the prospect of Bournemouth’s 26-year-old winger might not sound so silly; it might be a left field proposal, but he could be the perfect solution to United’s right-wing dilemma. Furthermore, our transfer index rating of 2.6 suggests that it could be a rumour of genuine substance too. 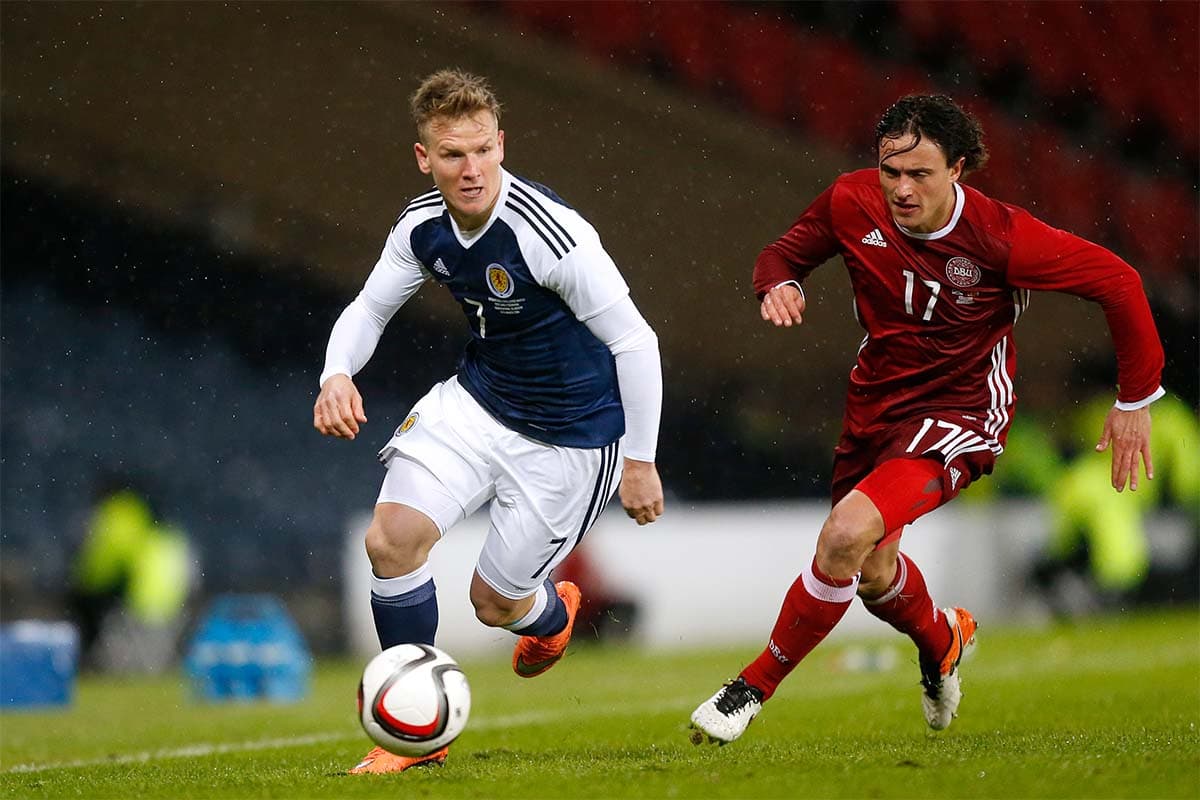 After gaining a taste of top flight action at Portsmouth as a youngster, the Scotland international spent half-a-decade working his way up the league pyramid with Swindon Town and Bournemouth. However, the cases of Jamie Vardy and co have highlighted the fact that Football League experience can become the roots for very fruitful Premier League careers. Ritchie has been far from lost back in the big pond, and he could be ready to trade Dean Court for the ocean that is Old Trafford. If he does, there’s no reason that he shouldn’t have high hopes of helping to restore the intricate wing play that fans have come to expect from the Red Devils.

Ritchie might not sell the same levels of merchandise as Angel Di Maria did. He might not have the skill of Memphis Depay. But the 26-year-old boasts the direct brand of play that Old Trafford has been crying out for time and time again over the past three years; blistering pace and pinpoint crossing will make a player dangerous at any level, and the Bournemouth man has produced this with far greater authority than any Manchester United player this term. Asking him to step up to life in the spotlight would be a risk, but the quality of his play in 2015/16 would give him a great deal of confidence.

The right-winger has registered six Premier League assists this season, two more than any Manchester United player, while also chipping in with three goals of his own. The ability to find a shot from distance, as well as pick out a killer pass, gives the Bournemouth star plenty of strings to his bow. Given the chance to thrive at Old Trafford, those qualities could soon make him a household name. A great winger would also give the Red Devils a chance to utilise Juan Mata from his preferred central role. 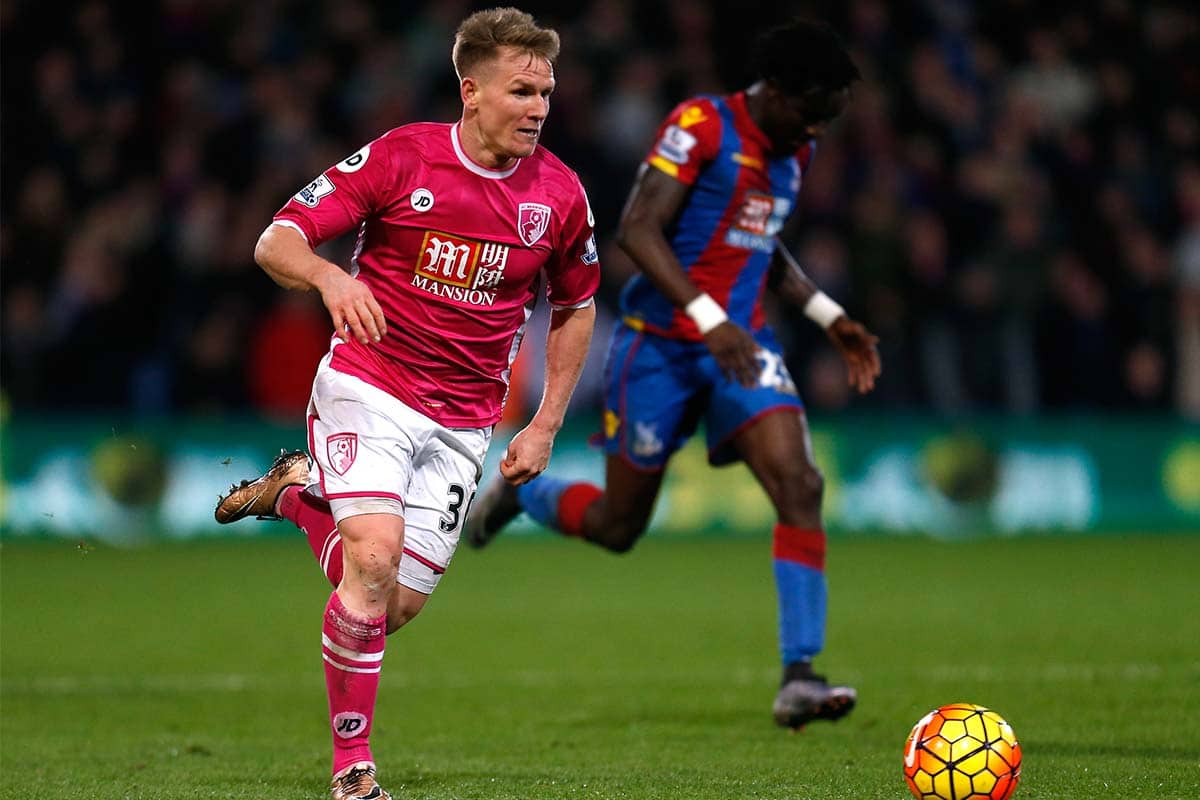 Is Ritchie going to reach the heights set by Cristiano Ronaldo a few years ago? No. But Manchester United aren’t in a position to buy a worldwide superstar; nor are they able to wait years for the next Ronaldo to develop. Right now, the Red Devils need a right winger with Premier League experience that boasts the dynamism needed to get the Old Trafford crowd on the edge of its seats. The Stretford End loves a player that will put in a shift too, which is something you can guarantee from the current Bournemouth star.

Ultimately, the Old Trafford faithful would be bitterly disappointed if Ritchie were to become the big signing of the summer. Nevertheless, as a squad player that can help Manchester United sole its identity crisis, the Scotland international would be a solid answer. Despite signing a contract extension in January, neither he nor Bournemouth could resist the Red Devils should they come calling this summer.

It might be one of the more shocking rumours to be doing the rounds right now, but it could be one of the most intriguing developments of the summer. Follow our transfer index to keep up with all the latest news regarding the possible switch.