The latest whisper to watch focuses on the rumours surrounding Mats Hummels and a potential move to Chelsea. Let’s have a look at how he would fit into their setup.

Defensively, Chelsea have been found wanting this season. It’s now at the point where goalkeeper Thibaut Courtois has refused to pledge his future to the club, and wholesale changes are probably needed if they want to be back in contention for the title next year.

While John Terry’s fate hangs in the balance, it’s hard to be sure just how much reshaping the team will need in central defence. They’ll have to start planning for life without their skipper in the near-future, and Mats Hummels would be a great way to start.

The Borussia Dortmund captain is well known in England following his proposed move to Manchester United in 2014, as well as his exploits in Europe with the German side.

He’s a member of the German World Cup winning defence, gaining plaudits over the years with classy displays for club and country. His injury record isn’t spotless, but it’s clear why the larger Premier League sides are interested in his services.

He seems more than open to the idea of a move away from Germany, given his interview with Kicker in 2015;

“I think moving abroad will be good for the personal development. Eventually, I would like to leave the Bundesliga. I'm being open about this because I’m not a fan of those who claim they are staying but, behind the scenes, have actually secretly agreed a transfer away from their current club.”

It’s clear that he envisions playing elsewhere, and he’ll be 28 in December. An authenticity score of 51/100 shows that the rumours could have some basis in reality and he’s entering the peak of his career, so any move would have to be for a guaranteed first team spot. 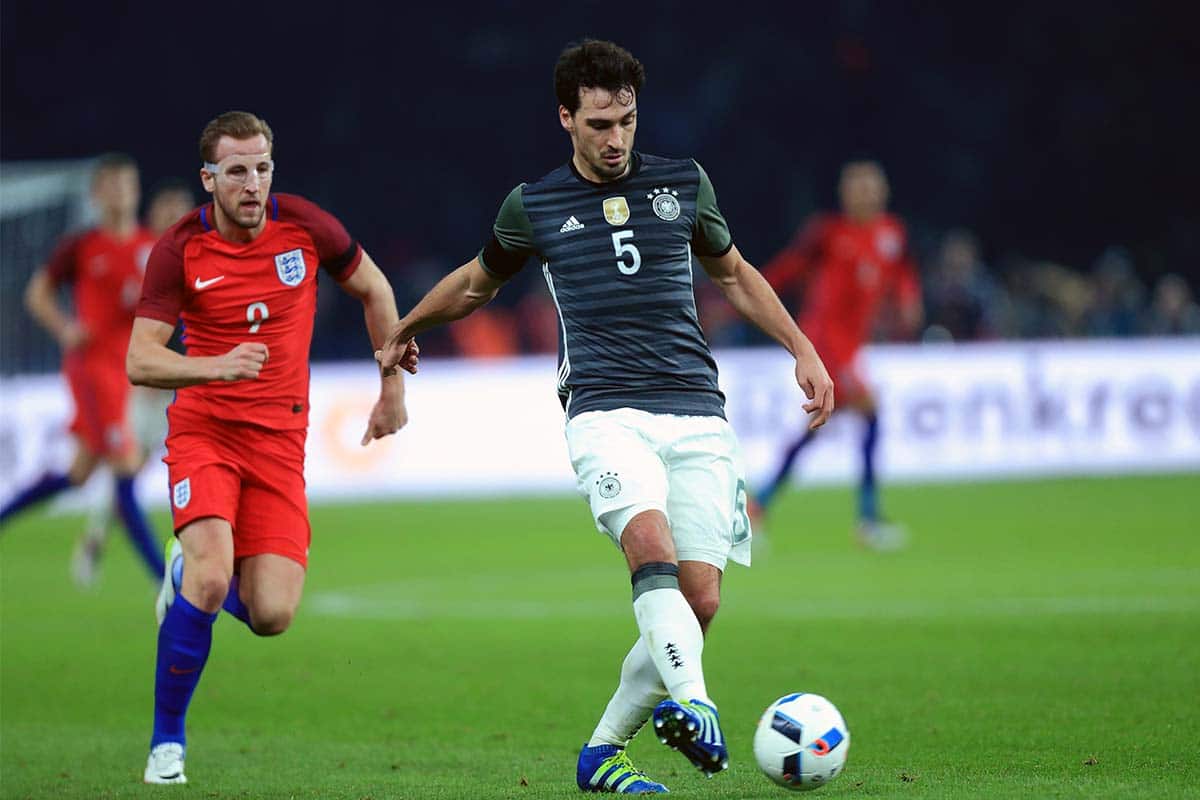 A lack of European football at Stamford Bridge may be one of the major stumbling blocks when it comes to a possible deal, but that hasn’t stopped players from moving in the past. They have the opportunity to focus solely on the league so they have a good chance of challenging for the title, while Hummels would expect to play most games for the Blues.

A lot will depend on other potential Chelsea transfers, such as Everton defender John Stones. He was their prime target in the summer following numerous bids that were rejected, and it’s unlikely that they’ll make a move for both players. Could this be a sign that they’ve finally given up the chase for one of the hottest prospects in the league?

As it is, there’s a chance that one of the most accomplished defenders in the world could be moving to London instead, and it doesn’t seem outlandish considering comments he’s made in the past. The index score has remained steady at 3.6 for the past week, and there’s no sign that the rumours are going away anytime soon.

Chelsea aren’t the only Premier League team interested in a move. Liverpool have been linked with the defender, and it would see a reunion between Hummels and his former manager Jurgen Klopp. They’ve already completed the signing of one centre back from the Bundesliga in the form of Joel Matip, (who can also play in midfield) so it could be a chance for Klopp to stamp his mark on the squad.

It’s also rumoured that Manchester City are interested in reshuffling their defence with another high-profile acquisition, and Hummels fits the bill nicely. Vincent Kompany’s struggles with injury over the last two years have coincided with their inability to remain consistent, and the German would help them to tighten up the defence. Manchester United may come to see him as the one that got away, but there’s always a chance they will put in another bid.

You can follow any new developments by checking the index regularly.

The Blues need reinforcements following their season to forget, but it’s hard to say whether or not they’ll get their man. It’s clear that they need more defensive options, although Hummels may not be the one they eventually turn to. He speaks fluent English, and he wants to move abroad, so he’s a good choice if they want instant success.

Given that Everton want such a large fee for Stones, it makes sense to turn instead to an established professional that will instantly improve the side. Guus Hiddink has managed to stabilise Chelsea since the departure of Jose Mourinho, but there’s still a sense that they’re not amounting to more than the sum of their parts. Perhaps some German engineering could help to get their engine started once again.