Just four years ago, Mario Balotelli was widely regarded one of the hottest properties in world football. As a 22-year-old, the Italian had played a key role in helping Manchester City to a first league title in 44 years, scoring 13 league goals during the 2011/12 season.

He was also the man to tee-up Sergio Aguero's winner in the 3-2 win over Queens Park Rangers on the most dramatic final day of any Premier League season to date. That summer the striker almost single-handedly fired the Azzurri to the final of Euro 2012 – including two stunning semi-final goals against Germany.

Super Mario seemingly had the world at his feet.

Fast forward to 2016, and football’s greatest joker has become the joke. After a difficult few years, the 26-year-old is deemed surplus to requirements at current club Liverpool, while he has not added to his 33 international caps since the 2014 World Cup in Brazil.

Former club AC Milan, meanwhile, rejected the option to re-sign the striker on a permanent basis following a difficult loan spell at the San Siro last term – to condemn him as the next of Italy's wandering strikers. 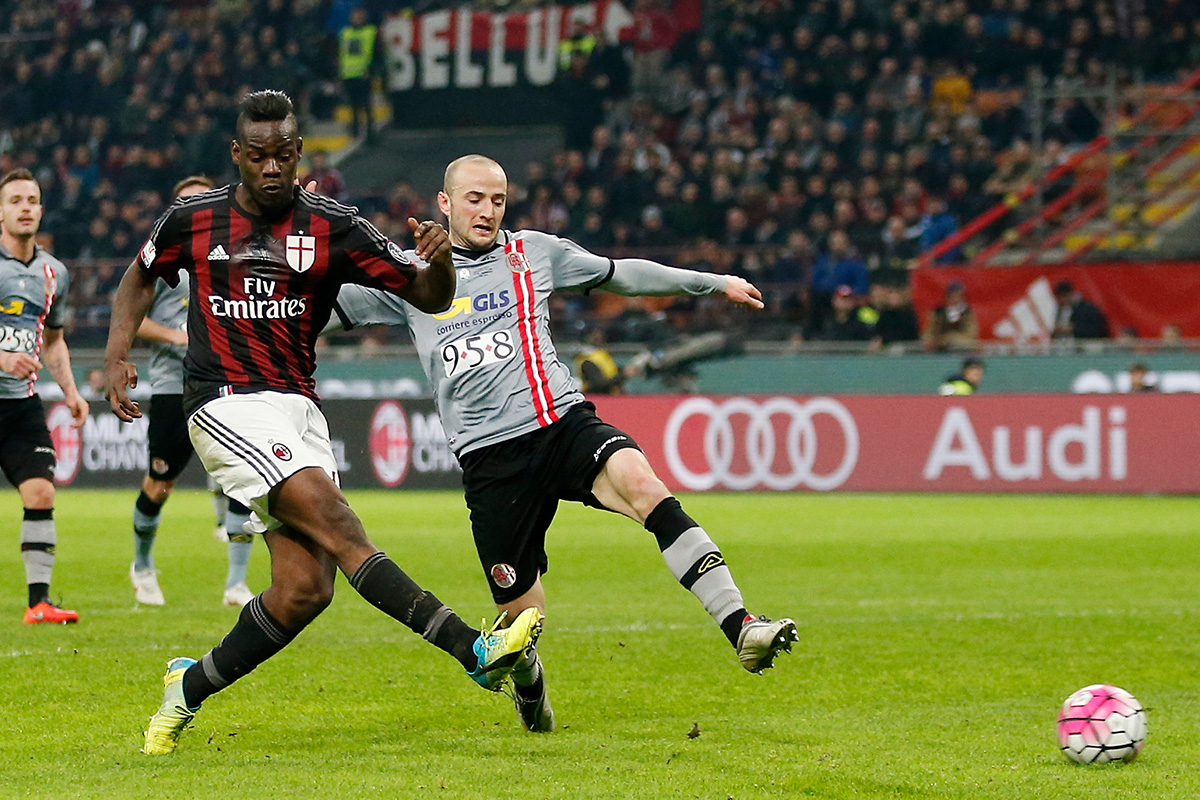 But Balotelli is not most footballers, and has remained a constant feature in the Liverpool global gossip columns throughout the summer. With an Anfield exit looming, he could be about to grab the headlines again with one of the strangest transfers in recent memory.

As our transfer index rating of 1.3 confirms, Super Mario could potentially be on his way Wolverhampton Wanderers, albeit on a season-long loan, while even stranger still could be a switch to League One outfit Port Vale (also 1.3).

Despite scoring just two league goals in two years, the striker remains an interesting proposition. Potential suitors from both England and Italy – the two countries he has bounced between since his teen years – have been lining up all summer.

Sampdoria, Crotone and West Ham United have all being touted as potential destinations at various stages during the current transfer window. But none of those deals have even come close to completion, and Balotelli is under no illusion: 2016/17 could be his last roll of the dice.

That leak sparked whisper speculation (1.2) at the time regarding a move to Old Trafford, but that seems highly unlikely given that the Red Devils already boast Zlatan Ibrahimovic, Wayne Rooney, Anthony Martial and Marcus Rashford among their attacking options. 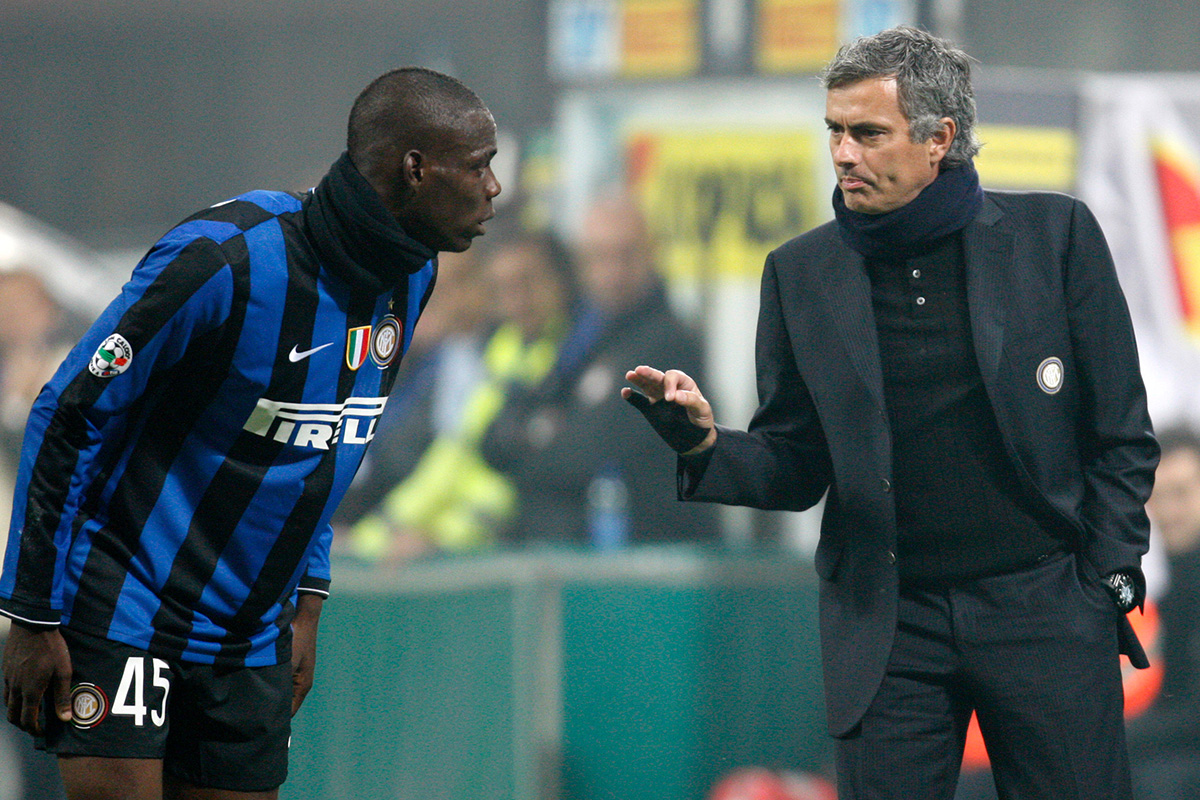 However, sources close to the get-together suggest that the Portuguese was merely offering advice to the player – who he coached briefly at Inter. Above all else, Balotelli needs game time to save his career; Manchester United will not be the team to offer it.

However, perhaps the ask for help shows a sense of maturity that arguably was not evident in Balotelli’s younger years. If this is to be the striker’s last shot at reaching his full potential, he might need to take one step backwards before regaining his forward momentum. And that is exactly why a proposed loan move to Molineux is not as ridiculous as it first sounds.

Wolves fans will not have known a signing like it since the days of Andy Gray's move across The Midlands from Aston Villa.

The club's new Chinese owners, Fosun Group, have been very public about their desires to take the sleeping giant back to the Premier League and beyond. Supremo Jeff Shi has already sanctioned the arrivals of full-back Silvio Pereira, Jon Bodvarsson and Prince Oniangue. Perhaps more notably, the Championship club have also managed to bring in Benfica duo Helder Costa and Joao Teixeira on loan.

Knowing a thing or two about what it takes to succeed at the top of the game as one of Italian football's top goalkeepers of all time, manager Walter Zenga is assembling a new look squad to take Wolves back to the promised land.

Adding the firepower and ‘X-Factor' of Balotelli could signal the final piece of the puzzle.

For Wolves, a loan deal would make perfect sense, especially as the owners have more than enough money to cover a large portion of his wages – something parent club Liverpool would almost certainly demand.

It would signal a gamble for Wolves, but an in-form Balotelli could be the difference between playing Premier League next season football and not. Moreover, it’s a move that would fire another huge signal of intent from the club. 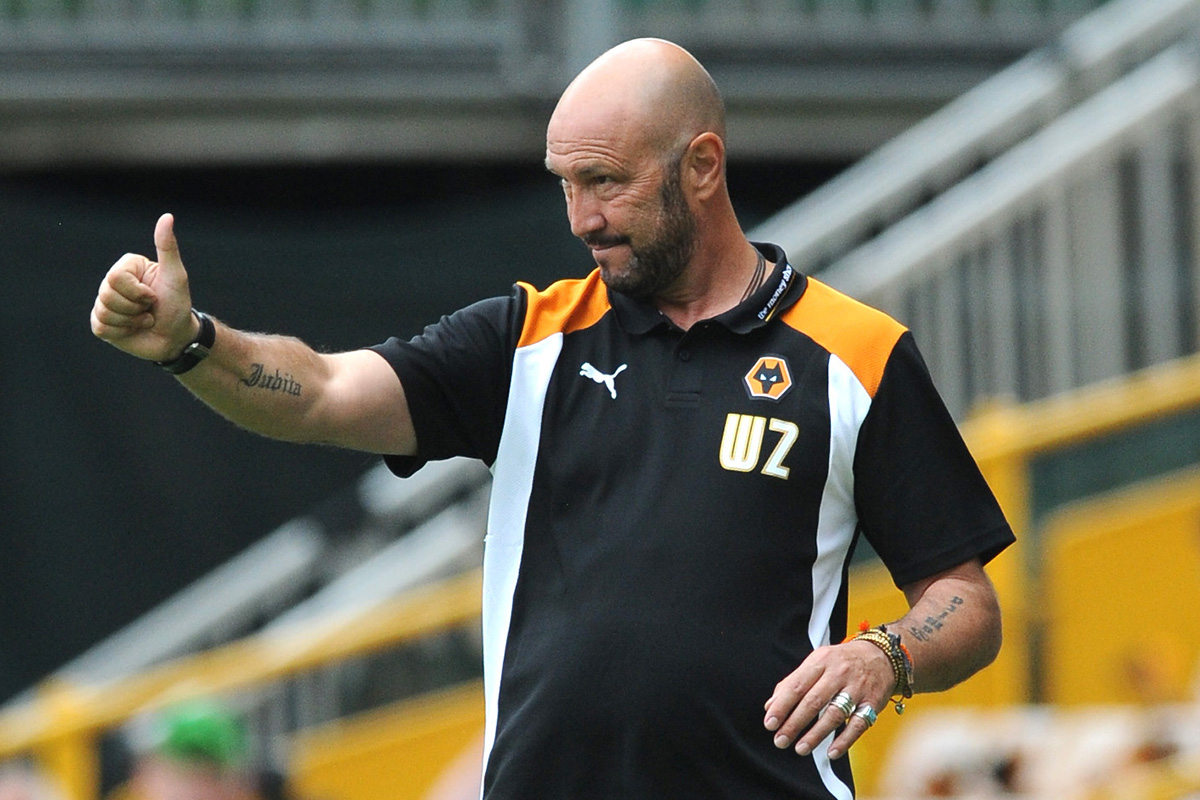 From Balotelli’s perspective, there is no more time to waste. The 2016/17 season has to be the start of a revival, and the confident Italian would surely back himself to score goals in the Championship.

A season in the second tier would take him out of the spotlight, leaving him to concentrate on rediscovering his penchant for goals. If he can do that, a permanent switch to bigger club could be back on the table next summer.

Mourinho’s advice of ‘stepping out of the firing line' has alerted several clubs in the lower leagues, with Port Vale ambitiously monitoring the situation too. However, it is the Wolverhampton Wanderers project that shows all the signs of being a potential match made in heaven – even if the romance only lasts one season.

Balotelli will not be representing Liverpool this season, and his next move is sure to gain headlines regardless of the destination. If he does turn up at the Sir Jack Hayward Training Ground in the coming days, it could be one of the most spectacular loan sagas ever. One thing is for sure: it’s never boring with Mario.

Can Wolves complete what would be a mind-blowing loan deal for the unwanted Liverpool striker? Follow all the latest updates with our transfer predictor.