With less than a week to go until the big kick-off, new Saints boss Claude Puel has plenty of work to do as he looks to rebuild a squad that has been his with three big departures over the summer. Most notably, the Frenchman has a Graziano Pelle shaped hole to fill following the Italian’s move to China. Reports in Italy believe that Napoli’s Manolo Gabbiadini will be the man to lead the line at St Mary’s this season, and a deal could potentially be imminent.

The 24-year-old striker hasn’t enjoyed the best of times since swapping Sampdoria for the Stadio San Paolo, with the majority of his 43 Serie A appearances at Napoli coming from the bench. Those struggles at club level have also prevented the striker from adding to his six international caps since November 2015, culminating in the disappointment of missing out on Antonio Conte’s selection for Euro 2016. Nevertheless, the Calcinate-born star is still revered as one of his nation’s hottest talents, and still has bags of time to see long-term predictions turn into fruition.

His limited playing time over the past 18 months has been largely down to the success of Gonzalo Higuain. Unfortunately, even the Argentinian’s mega money move to Juventus is unlikely to afford the Italian the chance to gain promotion from understudy to leading role. Partenopei have since invested €35m in highly rated Poland international Arkadiusz Milik from Ajax, which could signal the end for Gabbiadini in Naples. While a transfer index rating of 2.6 suggests that any proposed deal is far from competition, replacing compatriot Pelle at St Mary’s could be an ideal solution.

Despite fairly limited game time, the striker has netted a fairly impressive 20 goals in all competitions for Napoli. Including the 19 scored during a productive 18 months at Sampdoria, the 6ft 1in star has hit an average of 13 per season over the past three years. More crucially, the keen eye for goal is best epitomised by the 6ft 1in striker’s aerial ability. On paper at least, he seems perfectly tailored for both life in the Premier League and the position of Pelle’s successor.

Gabbiadini’s quality is far from being restricted to heading attributes, though. The Napoli striker’s shots per 90 minutes stats stand alongside the best in Italy, as does his goal per minutes ratio, and he has scored goals in various different situations. However, his backup status in southern Italy means that the former Italy U21 star has fallen a little off the radar. Puel would still need to invest the bulk of those proceedings gained from the record-breaking sale of Sadio Mane to Liverpool in order to land his man but, in the current market, it could prove to be a bargain. That is, of course, assuming the attacker can replicate his scoring form on English shores.

If Pelle can do it, then Saints have every reason to think the fellow Italian could at least match those tallies. Southampton’s midfield is still blessed with the creative talents of Dusan Tadic and co while the arrival of Nathan Redmond could provide additional ammunition. Gabbiadini’s all round game, spearheaded by his reliability to come alive in the box, appears to be the perfect asset to convert those chances. Following those recent trials, however, a smooth transition could be vital – for the player’s confidence as much as anything. 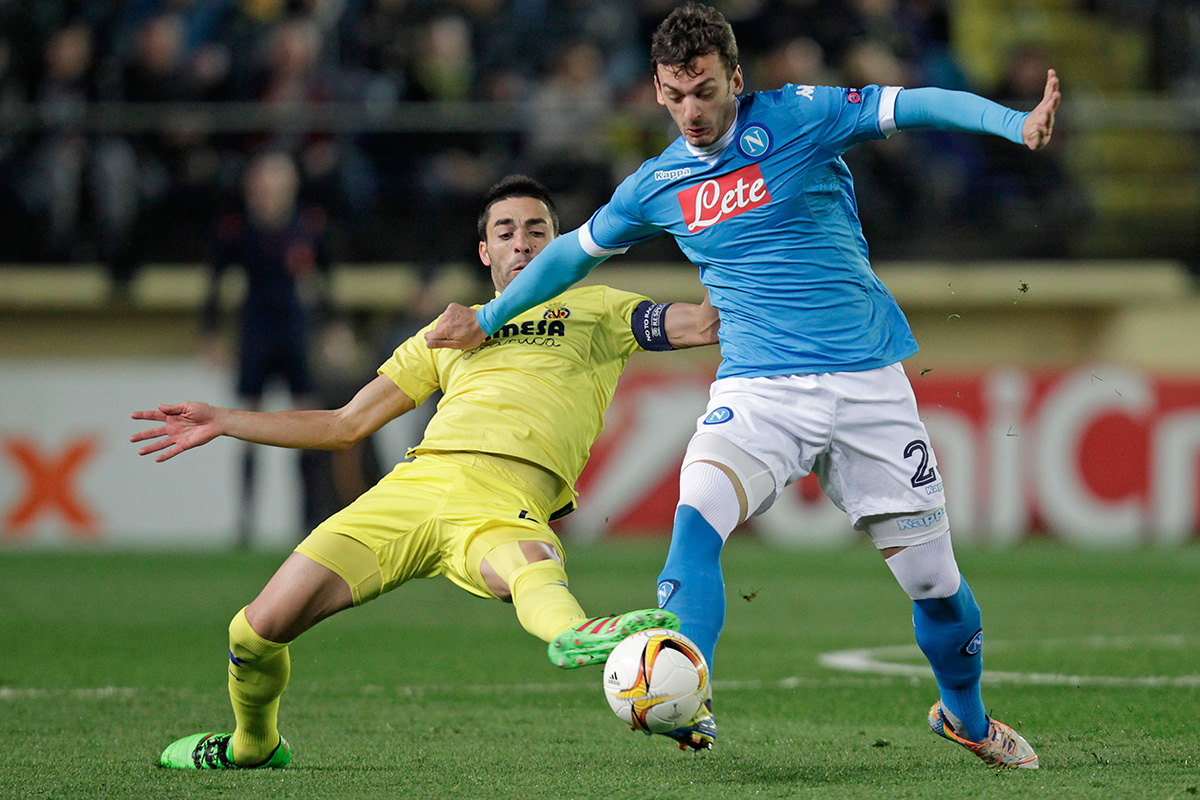 Sarri might not fancy Gabbiadini, but Southampton aren’t the only potential suitor and could face stiff competition from Stoke, Crystal Palace, and a number of Serie A outfits. Nevertheless, the promise of regular football for a Premier League club that will also play Europa League football could be the clincher. Meanwhile, seeing Pelle launch an international career during as successful spell at the club may add an extra appeal to the prospect of playing at St Mary’s next term.

Without setting the world alight, Gabbiadini remains one of Europe’s most exciting prospects. With his 25th birthday arriving in November, the striker should be approaching the peak of his powers. As such, the 2016-17 campaign could be make or break for his career. Now is the time to make a step up, and proving himself in the world’s most loved league would be the perfect opportunity.

Gabbiadini isn’t the perfect player, but he does boast an array of attacking weapons. Meanwhile, he’ll be determined to make up for lost time regardless of where his next move takes him. Puel will want to stamp his own authority at St Mary’s, but probably won’t stray too far away from the winning formula laid down by predecessor Ronald Koeman. If this is to be the case, it would be no surprise if he does make the Italian striker his leading man before the transfer window shuts on August 31st.

The proposed deal of Gabbiadini to Southampton would signal a risk for everyone involved. However, it clearly has the makings of a positive relationship, and the striker is more than capable of matching (or even surpassing) Pelle’s success at St Mary’s. For that reason alone, it’s a calculated risk that’s well worth taking.

Will Gabbiadini trade southern Italy for southern England? Follow all the latest player movements across the globe with our transfer predictor.