Leroy Sané to Manchester City was supposed to be one of the bankers of this transfer window. New boss Pep Guardiola is a fan of the dynamic 20-year-old German, and is willing to do whatever it takes to bring him to the Etihad, with reports suggesting a £30 million bid is in the offing.

But Guardiola might not have it all his own way as, although City were favourites to fight off rival interest from neighbours Manchester United, Bayern Munich have now thrown their hat into the ring, complicating matters somewhat for the Catalan tactician.

It can hardly come as too great a surprise, what with Bayern’s track record of hoovering up the latest and greatest emerging talent from within the Bundesliga. It is perhaps more perplexing as to why they are only now making their move, with City’s interest already so well established.

But, with a Football Whispers Index score of 2.4 , the Sané to Bayern reports are seen to be of legitimate authenticity and are growing in volume.

Whether or not Bayern firm-up their interest in the speedy Schalke 04 winger will likely depend on what happens with his German national team colleague Mario Götze.

Götze has been linked with moves away from the Allianz Arena since before last season had even finished, with mooted interest from Liverpool and former club Borussia Dortmund. But the player himself has insisted that his future lies in Munich and that he has no desire to leave Bayern.

But the club may see things a little differently. Götze has been largely disappointing since his controversial €37 million switch from Dortmund three years ago. Signed as one of the hottest young prospects in European football, the 54-cap Germany international has failed to progress at the rate expected, and is not seen as a key player at Bayern in the same way as the likes of Arjen Robben, Thomas Müller and Robert Lewandowski. 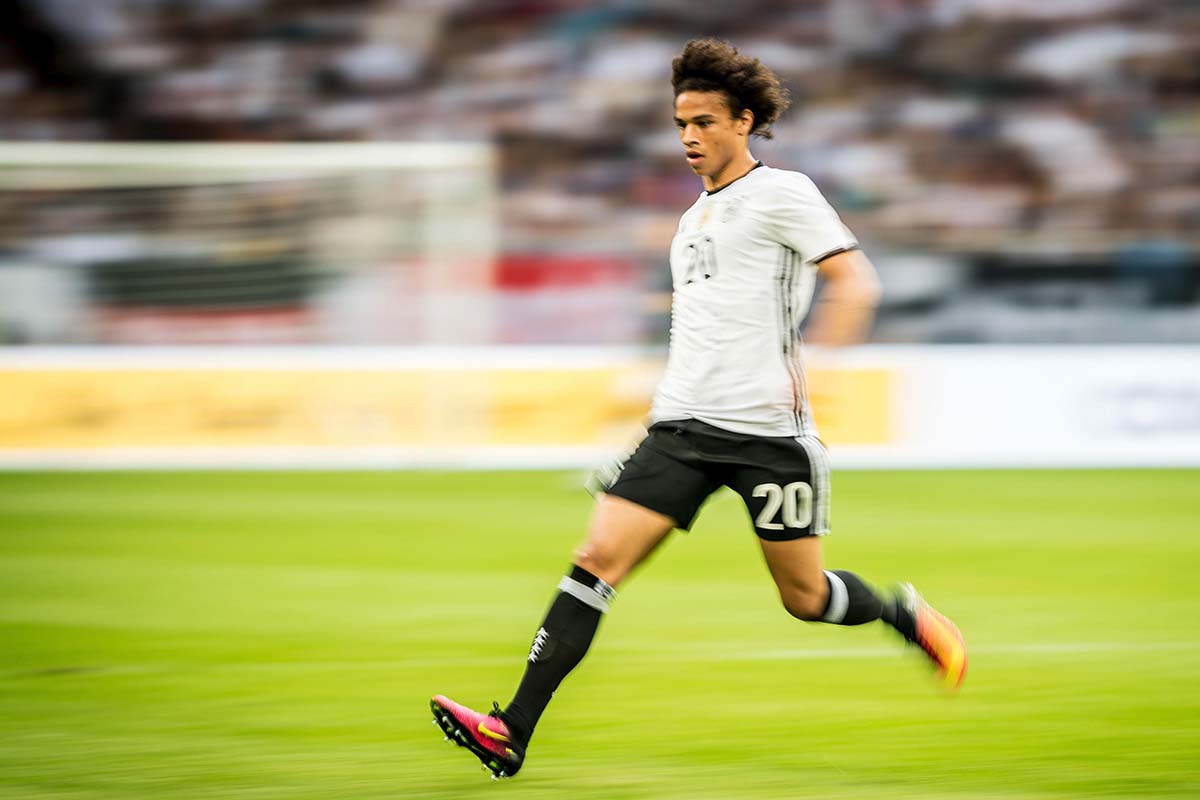 There have been conflicting reports in the media about how keen Bayern are to move Götze on, with some claiming new manager Carlo Ancelotti has assured the 24-year-old midfielder of his place, whereas other murmurings suggest that the club’s hierarchy are actively looking to transfer Götze.

If Götze were to leave Bayern, that would generate significant funds and open up an attacking midfield berth in the squad, making Sané a prime candidate for a switch to the Bavarian giants.

When you consider the aforementioned array of wide attackers, it would be unlikely that Sané would walk straight in to the Bayern line-up and hold his place every week – as would also be the case at City where he would be battling with Kevin de Bruyne, David Silva and Raheem Sterling for a starting spot.

But the Schalke star would undoubtedly add further quality to either squad, and bring a few unique attributes to the table.

Blessed with blistering pace in the same was as Coman and Costa, Sané would present more of a direct goal threat, having scored nine times last season for the Gelsenkirchen side and assisted a further seven goals. His versatility would also see him able to step in to any attacking midfield position and wreak havoc on opposing defences with his dribbling and finishing ability and eye for a decisive pass.

Sané is, of course, on international duty with Germany at the European Championship at the moment, so it is highly unlikely that any deal for his services will be sealed before he returns – and with the world champions among the favourites to go all the way in France, that may not be for some time yet.

That won’t stop the battle for his signature continuing between City and Bayern though. City remain in pole position, but the German champions are fast approaching, and they have a habit of getting what they want when it comes to Bundesliga players.