Arsenal left back Kieran Gibbs has been linked with a move to West Ham over the past few days, following an injury to Aaron Cresswell. Is there any truth to the rumours? Let’s take a closer look in the latest whisper to watch.

Kieran Gibbs to West Ham. It didn’t seem likely just a week ago, but an injury suffered by Aaron Cresswell means that there’s a clear need for reinforcements at left back.

Cresswell has impressed for the Hammers since joining from Ipswich in 2014, but he’s been sidelined with a knee ligament injury sustained during a pre-season friendly against German side Karlsruher SC.

Here’s the challenge that will leave the player out for up to 4 months:

It means that West Ham have just one senior left back on their books, so manager Slaven Bilic will need a replacement before the start of the season. It has been confirmed that Cresswell will need to have surgery, so a move for Gibbs could be more than just a stopgap if he manages to find form.

Gibbs has been at Arsenal since 2007, making over 200 appearances in all competitions for the Gunners over the years. The index rating of 1.8 shows that he could still be at the Emirates when the season starts, but it’s unclear what his role will be within the squad.

The England international is known for his pace and passing, offering enough in both halves to make him an interesting proposition for Bilic.

It’s unlikely that the player will be keen to leave, but it’s been a difficult season since he lost his place for both club and country.

It’s been rumoured that his time at the club might be up for a while now, but is there any point in moving to a team where he would only be filling a hole for the next few months?

A battle with Cresswell would inevitably happen if he went to the Hammers, and it can’t be what he would have envisioned just a few years ago. If he was to move it would surely have to be as the undisputed first choice, and that’ll be tough if he moved to East London.

Ryan Bertrand and Danny Rose were preferred as part of England’s Euro 2016 squad, showing that Gibbs has struggled to push on in recent years, and he can’t afford many more years on the periphery.

At 26, Gibbs is entering a key stage in his career, and he still has two years left on his contract with the Gunners.

It’s understood that he hasn’t begun negotiations for a new deal as of yet, which makes sense considering the circumstances. Another season in reserve would surely be the end for him as an Arsenal player. 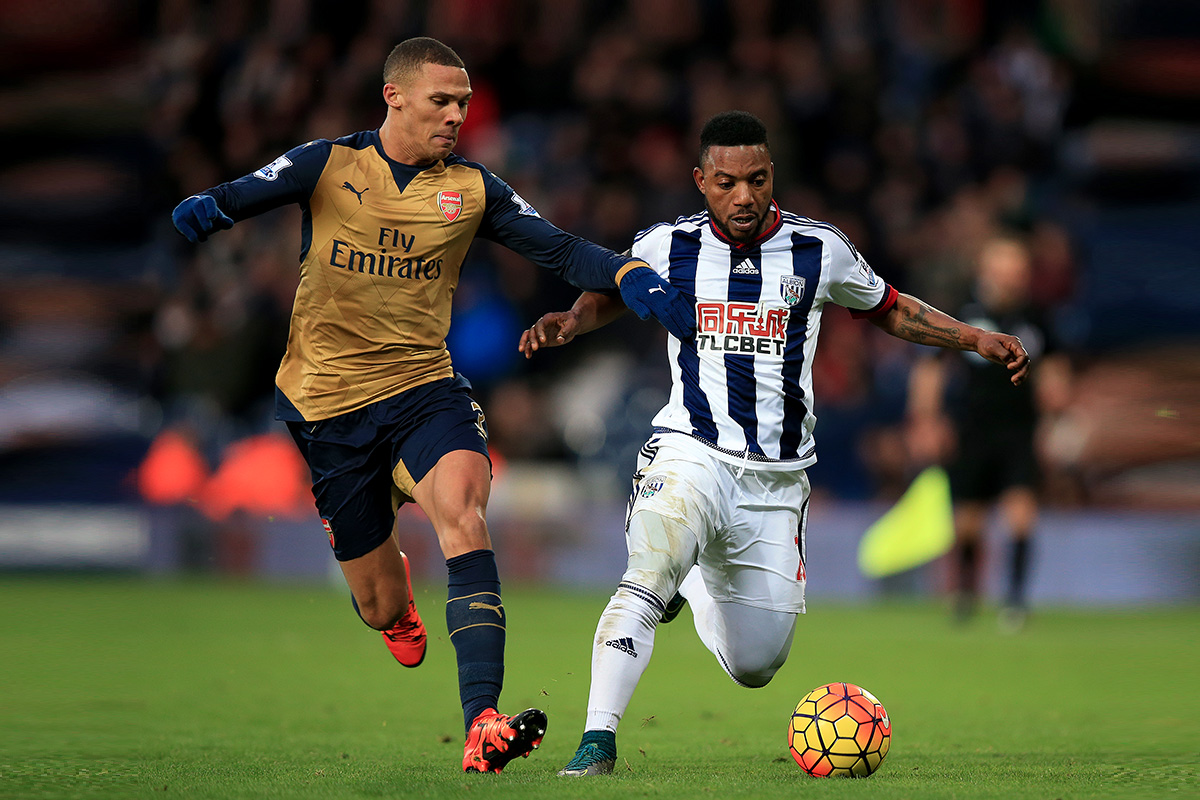 At club level, he also has Nacho Monreal ahead of him, and the former Spain international appears to have made the position his own as Arsene Wenger stuck with him for most of last season. Gibbs will have his work cut out if he stays on.

The Hammers have also been linked with former Liverpool defender Jose Enrique, who was released in the summer following a five-year spell at Anfield. Enrique was released from his contract early in May, to give him extra time to regain fitness and find a new club for the start of the season.

Despite a lack of playing time over the past three years, the 30-year-old could do a job for the team while they wait for Cresswell to recuperate, but he hasn’t been the same player since injury robbed him of his place in the first team.

It’s a longshot, but it seems more likely than a move for Gibbs.

They’ve also been linked with a few others, but any replacement will have to contend with Cresswell upon his return.

Arsenal would probably be able to survive without Gibbs, while they’ve been chasing Leicester City’s Ben Chilwell along with Liverpool over the past few months.

(To bring things full circle, Liverpool were also strongly linked with a move for Gibbs a few months ago. It’s a small world.)

Chilwell has just signed a new contract with the champions, so it seems like Gibbs could get another chance to prove that he has what it takes to help the Gunners to their first league title since their unbeaten triumph over a decade ago.

As for West Ham, they need to being in cover as soon as possible. Their squad did well as they finished seventh, and they wouldn’t want to start looking light at the back as they aim to improve on their position in the Olympic Stadium. (Although it could be known as the Tesco Stadium by then.)

Gibbs is part of the makeup at Arsenal and it would be sad to see him leave the Gunners, but he can’t be expected to take a back seat for much longer.

Is it finally time for Gibbs to end his association with the club where he made his name? You can follow the Kieran Gibbs transfer rumours and all West Ham transfer gossip on Football Whispers.