Honda won’t be driving down to Sunderland anytime soon! The Black Cats have been linked with a move for Milan midfielder Keisuke Honda, but after receiving initial encouragement on the switch yesterday, the Italian media are this morning saying it could now have stalled.

The Mirror have reported that the experienced Japanese international had been approached about a move to the North East, with David Moyes all set to bid £8.5 million for the 30-year-old.

While Milan have intimated they are happy to accept that valuation, they are not in a position to force out the former CSKA Moscow man – who has a year left on his current deal in Italy.

Despite being expected to make limited appearances under new boss Vincenzo Montella, Honda seems willing to stay and fight for his place within the squad, with the option of moving or signing a pre-contract agreement in January if things do not work out.

The attacking midfielder – who has 35 goals in 80 appearances for Japan – arrived in Milan from Moscow on a free transfer in 2014. Often playing out of position to find a way to fit into the Rossoneri side, but has often been shunted out to the right wing where he has been unable to be show his best form. 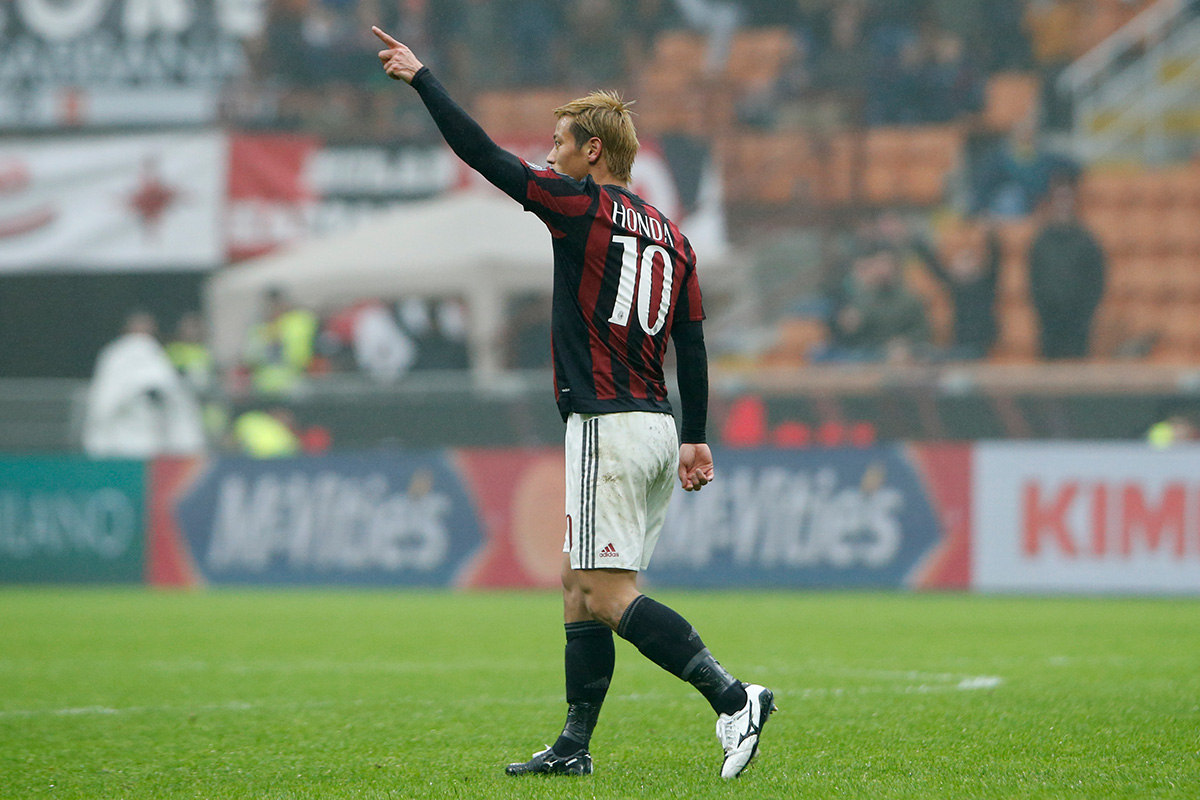 Honda holds the famous No.10 shirt at the San Siro – worn by greats, such as of Zvonimir Boban, Rui Costa and Clarence Seedorf in years gone by – and, while there is no doubting is quality, he and the current Milan squad, perhaps lack the ‘X-Factor' of those big names.

A move to England would have given him the chance to flourish in his preferred position, and there was a clear need for more clinical attackers during Sunderland’s 2-1 home loss to Middlesbrough on Sunday.

The Mackems are still in desperate need of reinforcements, and it seems as if they could be the team eaving it to the 11th hour in the current window. They have been linked with Barnsley defender Alfie Mawson but, obviously, that would do little to solve their lack of cutting edge up front.

Once again, it would be dangerous to rely solely on Jermaine Defoe, who fired Sam Allardyce's side to safety last season, despite his Premier League renaissance.

New man Moyes has a big job on his hands, and some fans will argue that it could be one year too many this time around. Moyes has told those supporters to expect a relegation battle, and emphasised the need for more signings as soon as possible following that defeat in the Tees-Wear derby.

He said: “What we have got, we are having to add to it with young players as well as one or two experienced players, and we have got to try to get the balance right and obviously choose and get the right players at the right price in the transfer market.

“That's actually quite difficult. It's easily said, but it's not that easy and the prices, as you can imagine, are a bit more than they have been in the past.”

Meanwhile, ex-Black Cat turned pundit Kevin Kilbane has made it clear that Moyes needs several recruits to have any hope of keeping his team up. He told BBC Sport: “What happens – or doesn't happen – to change that [small squad] before the transfer window closes on 31 August holds the key to how Sunderland's season is going to turn out.”

The former Republic of Ireland international recommends that his old side take a chance in the market, but there has not been much news despite the obvious need for improvement. Sunderland have teetered on the edge for a while now, but they have a proven manager and a willing fanbase.

Everton have also been interested in a deal for Lamine Kone, which would further deplete the Sunderland squad if he does make the £18 million move.

The Ivorian recently turned down the club's improved contract but is contracted at the Stadium of Light for the next four years.

Whether any incomings will be dependent on receiving that fee for Kone remains to be seen but fans' and ex-players' calls for, what they see as much-needed additions to the squad, are sure to grow louder between now and next Wednesday night.