Julian Draxler is the subject of the latest whisper to watch, with a potential move to Manchester United on the cards for the Wolfsburg midfielder. Let’s take a look at the move in-depth.

Although the index rating has gone down slightly in the last few days, it looks likely that the Manchester club are interested in securing the services of one of the hottest young talents in Europe.

He’s contracted to Wolfsburg until 2020, which means it’ll probably take a serious fee to prise him from the German side. He only completed the signing last year for roughly £25m, and it’s rumoured that they’re willing to cash in if Manchester United are willing to fork out at least £35m. 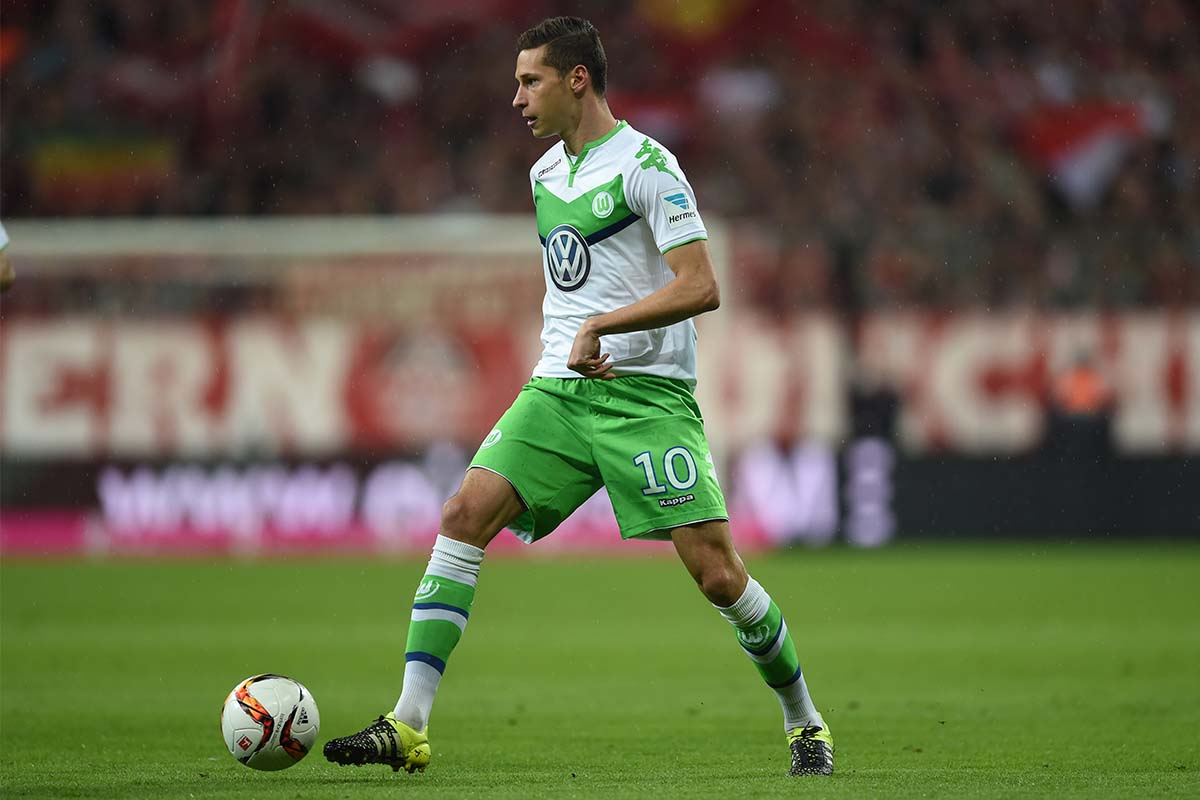 It would represent another great piece of business at the expense of one of the cash-rich Premier League sides, but it would also be great a chance to sign a highly regarded star.

(It’s interesting to note that United wanted to sign the player last year, although he decided to opt for a continued stay in Germany.) He’s also been linked with a move to Arsenal and Juventus in the past, showing that top clubs across Europe have been sniffing around over the past few seasons.

At just 22, Draxler is already well established within the German national team. He can play on the wing, and he’s just as effective when deployed as an attacking midfielder. You’ll be able to catch him in action for Germany at the Euro’s where he’s featured in both games for the favourites so far.

Since joining Wolfsburg, he’s managed to find the net eight times in 29 appearances, and it’s hoped that he would add more dynamism to a United attack that often felt blunted last season. (Although some of the blame has to be attributed to the former manager Louis van Gaal and his philosophy.)

Here’s a highlight reel from last season showing just what the player has to offer;

He’s also been open to a move to England in the past. During a 2013 interview he highlighted the type of team he would like to move to eventually:

“You don't have to be playing for the very top clubs in Europe to draw attention to yourself, but if you want to achieve the great goals that the world-class players have, then one of them is playing at the biggest clubs in the world. The big two in Spain, Real and Barcelona, Bayern and a few others from England, namely Arsenal, Manchester United and Chelsea.”

He used the example of Mesut Ozil and his successful forays abroad to show what he would like to achieve, and it shows ambition that hasn’t been matched on the pitch by the Red Devils in recent seasons.

That being said, it’s clear that Man United aren’t willing to accept another season in the shadow of their rivals, and it hasn’t stopped them from signing players like Angel Di Maria in the past. Their new manager is also likely to revitalise the team, but he’ll also need the right personnel on the pitch.

Manager Jose Mourinho is likely to be given every resource available to help him rectify their current troubles in the league, and Draxler is the type of player who would definitely help to improve the overall quality of the squad.

If Bastian Schweinsteiger stays it would help the player to bed into the team quickly, but there are still question marks over his future after an injury hit season. (It’s also worth noting that the player speaks perfect English, which should allow him to communicate easily with the majority of the team.

The move could also spell the end for Juan Mata at the club considering his history with the former Real Madrid coach, but he hasn’t been able to replicate the stunning form that saw him named as Chelsea’s player of the year twice. PSG is rumoured as a possible destination, but the index has been quiet so far.

It’s rumoured that Memphis Depay could also be on his way out after a difficult spell in Manchester. He’s struggled to settle into the side, and it’s hard to see Jose Mourinho putting up with any antics or the perceived laziness that has plagued him during his time in England.

Draxler would join Anthony Martial and Marcus Rashford in an interesting attacking troupe of young talent, and he’s another player who’s only going to keep improving in the future.

He’s been unwilling to commit to his current club in the long-term, saying that he wants to focus solely on the Euros following his recent return from injury. Given his comments in the past he would likely be open to a move to England, and it's worth remembering that Wolfsburg had a disappointing campaign last season, finishing eighth in the Bundesliga.

If the club can’t match his ambition, it makes sense for them to cash in while he’s still under a lengthy contract. We’ll have to wait until the end of the Euros for the player to consider his options, but early signs suggest that it would be a good piece of business for both teams.

Make sure to check the index regularly to stay up to date with the latest whispers. Could the signing of Draxler reinvigorate a lacklustre Manchester United team? Would the player be willing to make the move in the first place considering the lack of Champions League football? Let us know what you think below!