We thought it might begin in January, everyone half expected it to at least. It didn’t happen then, but it definitely seems to be happening now.

Fresh off the heels of securing the signature of 22-year-old goalkeeper Loris Karius for £4.75 million from Mainz 05, the Merseysiders are now poised to add FC Kõln left-back Jonas Hector to their ranks.

Growing reports of Liverpool’s imminent capture of the Germany international, have led to the potential move becoming the top rated whisper within the Football Whispers Index, with its likelihood given a 4.5 rating out of 5.

Anyone who witnessed the Reds’ Europa League final second-half capitulation against Sevilla last month, will fully understand why Klopp would be in the market for a new left-back.

Alberto Moreno occupied the position that night for Liverpool, and it wouldn’t be too harsh to suggest that the former Sevilla defender had an absolute stinker against his former club.

Regularly caught out of position and careless in possession, the 23-year-old Spaniard would take a large portion of the blame for two of Sevilla’s three goals.

And, in truth, this is about more than one bad game for Moreno. To vanquish the young player based on a solitary off night would be incredibly harsh. But Moreno has struggled to find a consistency of performance ever since his £12 million arrival at Anfield two years ago.

So it now seems that Klopp’s patience with Moreno has been stretched beyond its limit, with new and, the German coach will hope, more reliable alternatives being considered. 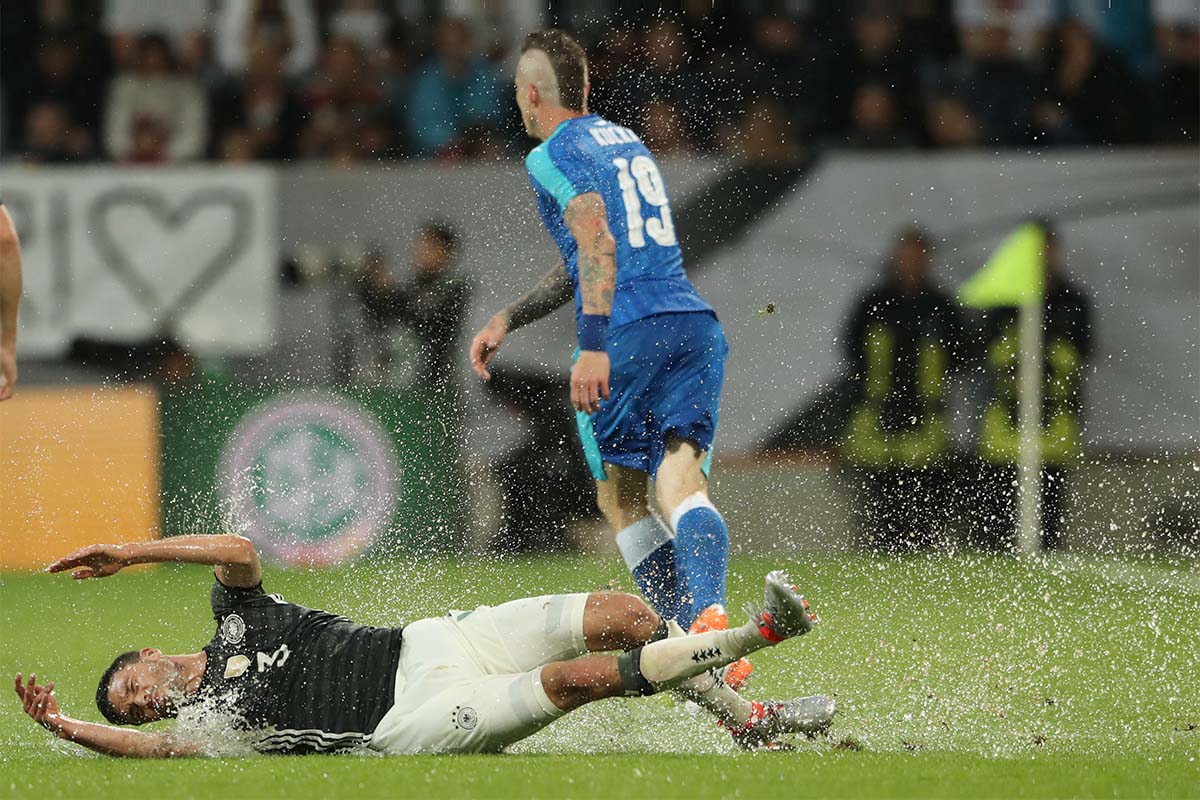 And it appears that the former Borussia Dortmund boss has settled on Hector as the man for the role, with This is Anfield, the website dedicated to everything Liverpool, today reporting that the two clubs have agreed a fee for the player: “We understand that the Reds have agreed a fee with the Bundesliga side this week and have therefore been given permission to speak to the 26-year-old, who is currently away with the national side preparing for the European Championships.”

That fee is believed to be in the region of £12 million which, considering Hector is a full German international with 13 caps to his name, would represent a very reasonable sum.

Back in January, Hector’s agent suggested Köln were already prepared for his client’s potential transfer: “Köln already reacted to Jonas’s potential transfer with the signing of [Filip] Mladenovic [the Serbian left-back signed from BATE Borisov in January] … Upon consultation with FC Köln we are allowed to talk to interested clubs.”

In typical German fashion, Hector is a full-back of incredible efficiency; a defender first and foremost, yet also able to contribute to attacking moves, with the ability to dribble and cross effectively.

Hector also possesses the requisite physicality to thrive in the Premier League, standing at comfortably over 6-feet tall and a fine header of the ball.

The 26-year-old former SV Auersmacher player is also very versatile, which could well be to Liverpool’s benefit of the course of a long season. Last season, Hector filled in as a defensive midfielder on five different occasions, as well as playing as an orthodox centre-midfielder four times.

Across a total of 38 appearances for Köln throughout the last campaign, Hector scored once and amassed four assists.

What Kopp will perhaps value most about Hector is his consistency: the defender garnered a more than impressive WhoScored.com average rating of 7.33 over last season, which includes maintaining an average above 7 for the games in which he played in midfield.

This is exactly the kind of dependability that Klopp will be looking for next season, as he tries to further mould this Liverpool side in his own image: energetic, disciplined and determined. All qualities that can be found in abundance in Hector.