England No1 Joe Hart could be the subject of a late window bidding war from a raft of Europe's big hitters – with Everton (FW Index 3.0) and Europa League holders Sevilla (1.0) already said to have thrown their hat into the ring.

Media reports suggest that the players will be from Eastlands gone before the transfer window slams shuts at the end of this month. Despite an appalling display at Euro 2016, there will be no lack of interest in the 29-year-old custodian, which could make it one of the most exciting transfer stories of the coming weeks.

New City boss Guardiola made glowing comments about his axed stopper during his post-match interviews last weekend, but the Spaniard is reportedly desperate to sign a ‘sweeper keeper' to replicate the influence that Manuel Neuer provided throughout his three years at previous club Bayern Munich. 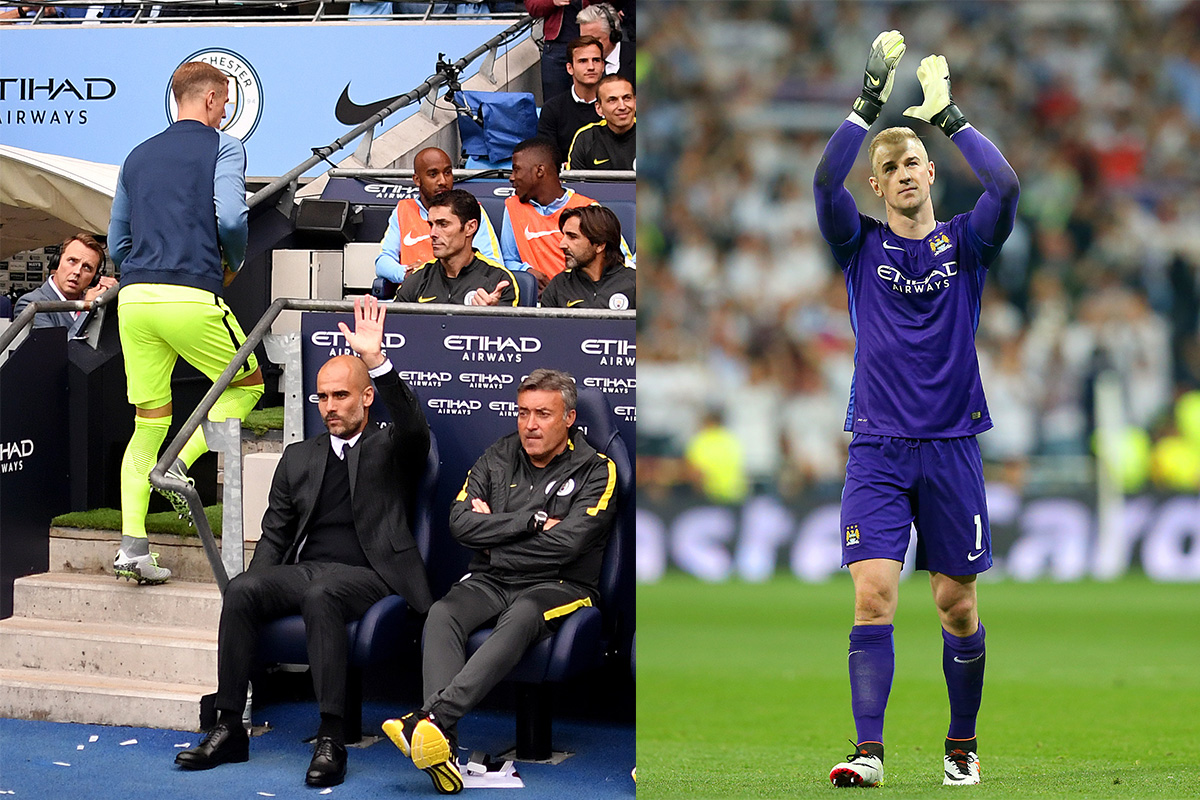 While Hart’s potential departure will rely heavily on Guardiola’s ability to acquire a replacement, suggestions that the Spaniard will raid former club Barcelona for one of either Claudio Bravo or Marc-Andre ter Stegen will have a host of potential suitors on high alert – although a knee injury to the latter could yet scupper those proposals.

Even if Guardiola has to set his sights on another target, it appears that Hart will be heading for the Etihad exit door this month, at least on a temporary basis. Plenty of managers would be eager to add the former Shrewsbury Town man to their squads, and a transfer index rating of 3.0 suggests that Everton and Ronald Koeman could be leading the way.

A £20m transfer fee has been touted for the four-time Premier League Golden Glove winner, although a season-long loan may be more realistic until the Citizens have found a long-term successor; either way, the signing would fire a huge signal of intent from the Everton gaffer.

The Toffees made an impressive start to the campaign, drawing 1-1 with Tottenham at Goodison Park, and are confident about enjoying a far better season under their new manager. The Dutchman has added well over the summer, with Monday’s announcement of Yannick Bolasie’s £25m arrival confirming the fourth major addition of the former Southampton manager’s first transfer window on Merseyside.

New Toffees' owner Farhad Moshiri has declared his eagerness to spend to try and break out of the scrap for fifth to twelfth place, while the record-breaking sale of John Stones to Manchester City also ensures that Koeman still has plenty of money in the war chest.

Despite seeing summer signing Maarten Stekelenburg start his Everton career in inspired form against Spurs, Koeman would relish the chance to bring a two-time Premier League winner with 64 international caps to Goodison Park.

Hart’s England performances have raised a lot of questions as to whether he is truly world-class, but he’s still very much one of the top shot-stoppers in Europe. Moreover, his vocal presence would be another hugely positive influence between the sticks.

Upgrading the defensive unit will be a priority for Koeman after seeing the side ship 55 goals in 2015/16 under predecessor Roberto Martinez. A loan move for Hart would be positive; a permanent signing could be viewed in many quarters as one of the summer’s shrewdest pieces of business.

Hart undisputedly remains a naturally talented first-choice keeper, which he showed throughout last season. Nonetheless, if unfancied by Guardiola, it would be hard to see him moving to a direct rival. The Manchester City star may be considered on the same level of the league's best, such as David De Gea, Thibaut Courtois, Petr Cech and Hugo Lloris, but he wouldn’t signal a massive upgrade. 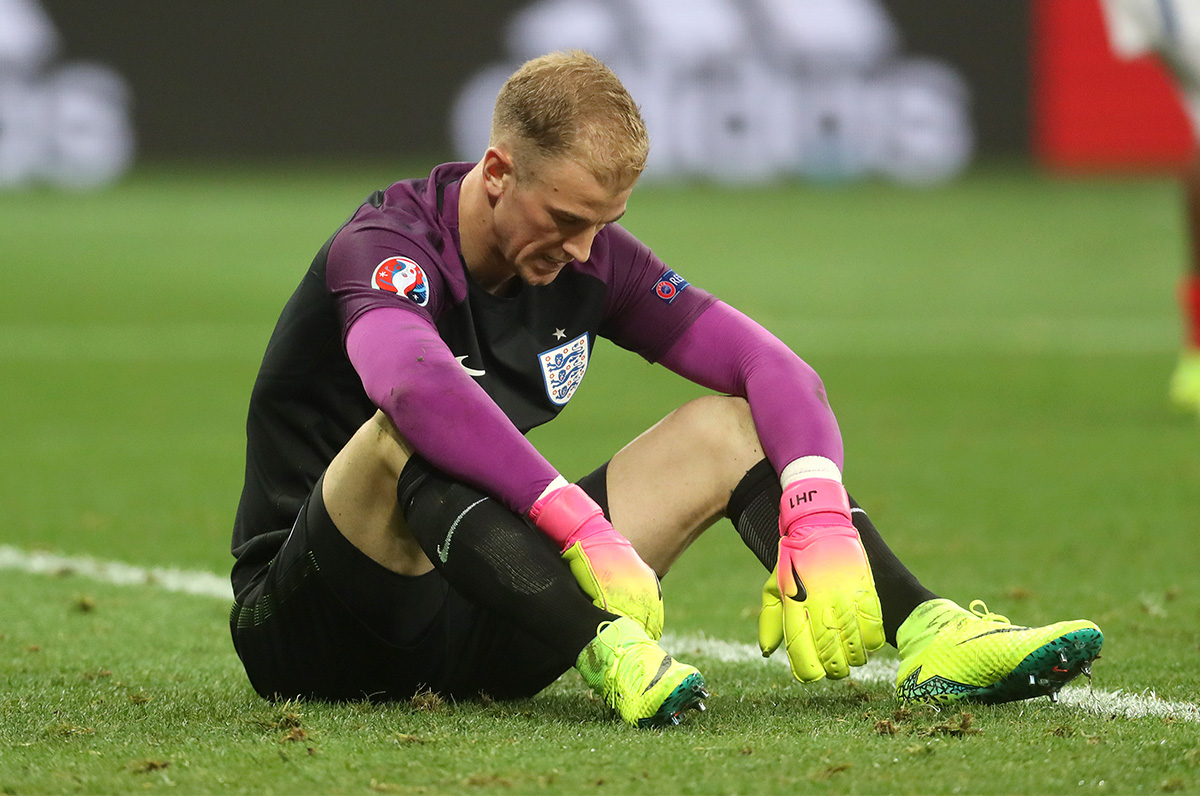 After the shambolic summer with the Three Lions, taking a step back from the spotlight might not be the worst idea, and the Everton project would appeal. There is a palpable sense of positivity surrounding the Toffees, who are eager to recapture the magic of the David Moyes era, while the guarantee of regular football would provide a platform to rebuild a somewhat tainted reputation.

It could be argued that Hart has failed to progress much since helping his club to its first Premier League crown back in 2011/12 – and he is indisputably a level off the world's best, Neuer. If the Citizens are to realise their dream of dominating Europe, world-class may be the only option. It would appear that Guardiola agrees.

For Everton, though, it would be an incredible signing that further cements their position as one of the league’s growing forces. Despite boasting nearly 400 Premier League appearances, at 29 Hart is still young enough to be at top of his game for at least another six or seven seasons. If Koeman can get a deal over the line, it could cement the backbone of his Toffees revolution.

With another three years to run on his contract, Hart is in no rush to make his decision. But in order to bounce back from this summer’s disappointment, he will need to be playing regularly to hold of the challenge for his England short from Fraser Forster and Jack Buckland. This one could develop into one of the most fascinating sagas of the window.

Has the Blue Moon set on Hart's Etihad career? Follow this, and all the latest Manchester City transfer stories from across the globe, with our transfer predictor.