Spurs have slowly gone about their business since the transfer window opened, and the latest rumours have linked them with a quality signing from Ligue 1.

It has been whispered quietly that Mauricio Pochettino is interested in a move for Paris Saint-Germain forward Jean-Kévin Augustin, who can play in multiple positions in the attacking third.

Just 19 years old, Augustin has been prolific at lower levels with the PSG B-team, but it is his form for the French under-19 squad that has brought him to the attention of a number of clubs across Europe.

In his debut season with the Paris first team last year he made 13 appearances in Ligue 1 – starting four games – and ended his breakthrough campaign with one goal to his name.

The term most commonly used about the player is ‘explosive’, and it’s easy to see why… (Source: YouTube ADSTYLES)

He has pace and great footwork, and the records show that he has a good eye for goal. For a player who only turned 19 in June he has a real physical presence, and he could be a good fit in the Premier League.

Tottenham have been reliant on two-season wonder Harry Kane for the goals that fired them into the Champions League spots last year, and he could do with more backup as they aim to compete in multiple competitions.

Vincent Janssen has completed a move from AZ Alkmaar to the north London side, and allowed manager Mauricio Pochettino to take some of the pressure off his star striker.

Even so, Augustin would give the club even more strength in depth as their resources will be stretched during the season.

Pochettino recently admitted that hos work was not quite done in the market citing three new additions to his squad before the window closes. The question is, will PSG be willing to sell?

With the loss of Zlatan Ibrahimovic, there’s now a space up front that needs to be filled for PSG, but Hatem Ben Arfa and Jese Rodriguez will start ahead of their new teammate.

Le Parisien has reported that the club are not willing to let the player leave in the coming window as they see him as natural backup for Edinson Cavani. They are even rumoured to be against any potential loan deal, so buying him outright could be costly. 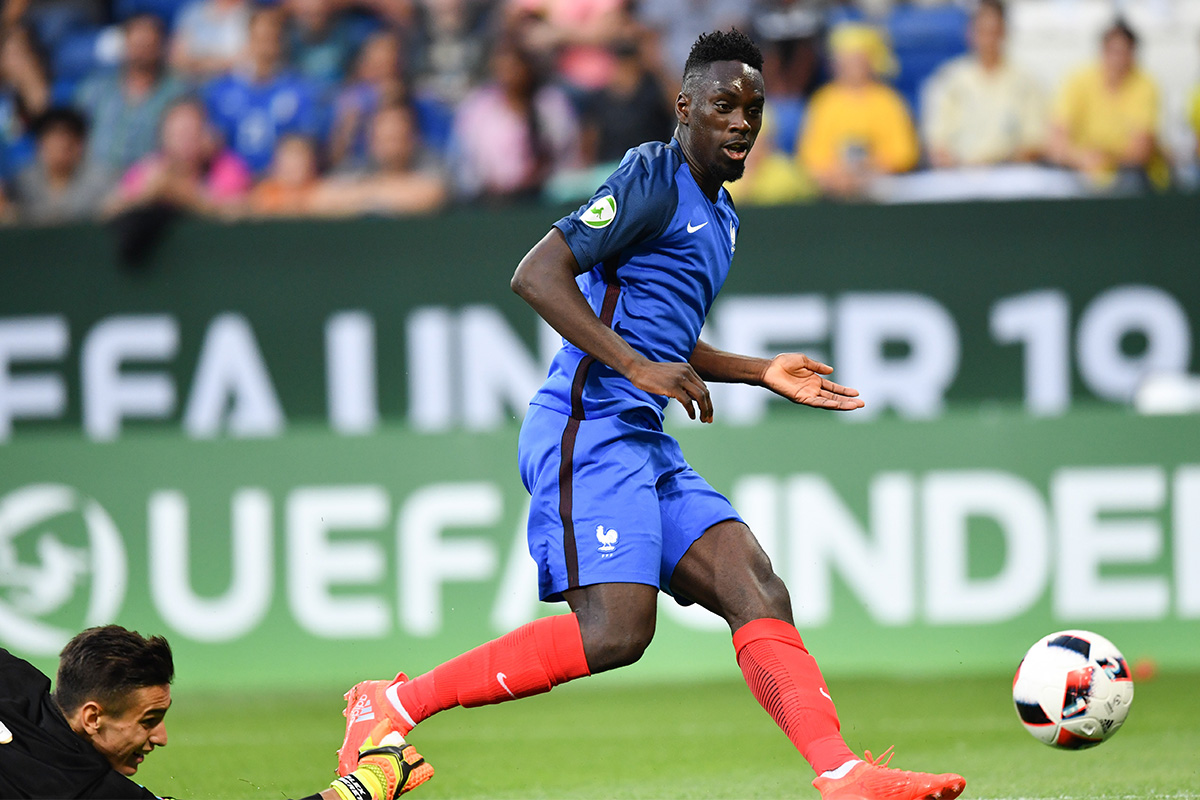 Manager Unai Emery has been quoted saying that the player will get ‘more of a chance' this season – an assurance the player was glad to receive as he tries to impose himself on the star-studded squad.

Augustin said: “It's nice to hear from a coach who gives a chance to young people. After that, it is not everything. It is for me to prove that I have the qualities to play in this team.”

He needs continued game time if he wants to continue impressing, and he could represent the future for the French champions after the loss of their talisman in Ibrahimovic.

The Tottenham rumours stem from L’Equipe and numerous other French sources that have picked up the Whisper that Spurs have made an enquiry about the availability of the player, with a view to making an offer.

Wolfsburg, Sporting, RB Salzburg, Nancy and QPR (among others) have also been linked with the player in some shape or form in the last few weeks, which should give a better idea of how highly rated he is.

The superb display at U19 level means that the player is one of the hottest properties in France, and he will have a host of teams to choose from if he decides that he will not get enough game time in Paris.

However, the club have made it clear that they see him as a major part of their future plans.

We will have to keep listening to the Whispers to find out whether Spurs will test their resolve any further.