In light of recent events, it’s fair to say that the Chelsea squad probably needs at least a little restructuring. Javier Pastore is the latest name to be linked with a move to the struggling Champions, and a Football Whispers index score of 4.5 suggests that there could be more to it than the usual paper talk.

Pastore is an attacking midfielder at PSG, and Chelsea fans will know him well considering their recent battles in the Champions League. His time at Paris looks to be coming to an end due to a lack of playing time, and with the likes of Cesc Fabregas and Oscar failing to live up to their previous standards, there’s a good chance that he could find a first team spot at Chelsea.

It’s reported that he’s unhappy with his role in the PSG squad under Laurent Blanc, and a number of teams would be interested in acquiring his services. After all, it’s not often that a player of his calibre starts signalling for a move away, and Eric Cantona named the Argentine international as his surprise pick as the best player in the world in 2015:

“For me, the best player in the world is Javier Pastore, I watched two PSG games just to see him play. For me, he is the most creative player at the moment. Pastore is full of surprises. I love this kind of player.”

It might not be enough to make Lionel Messi and Cristiano Ronaldo worried about the Ballon d'Or next year, but it will be a stark warning to the other teams in the Premier League. Chelsea are a wounded beast, and they’re looking to take to the field in expensively clad armour, imported by way of Paris. 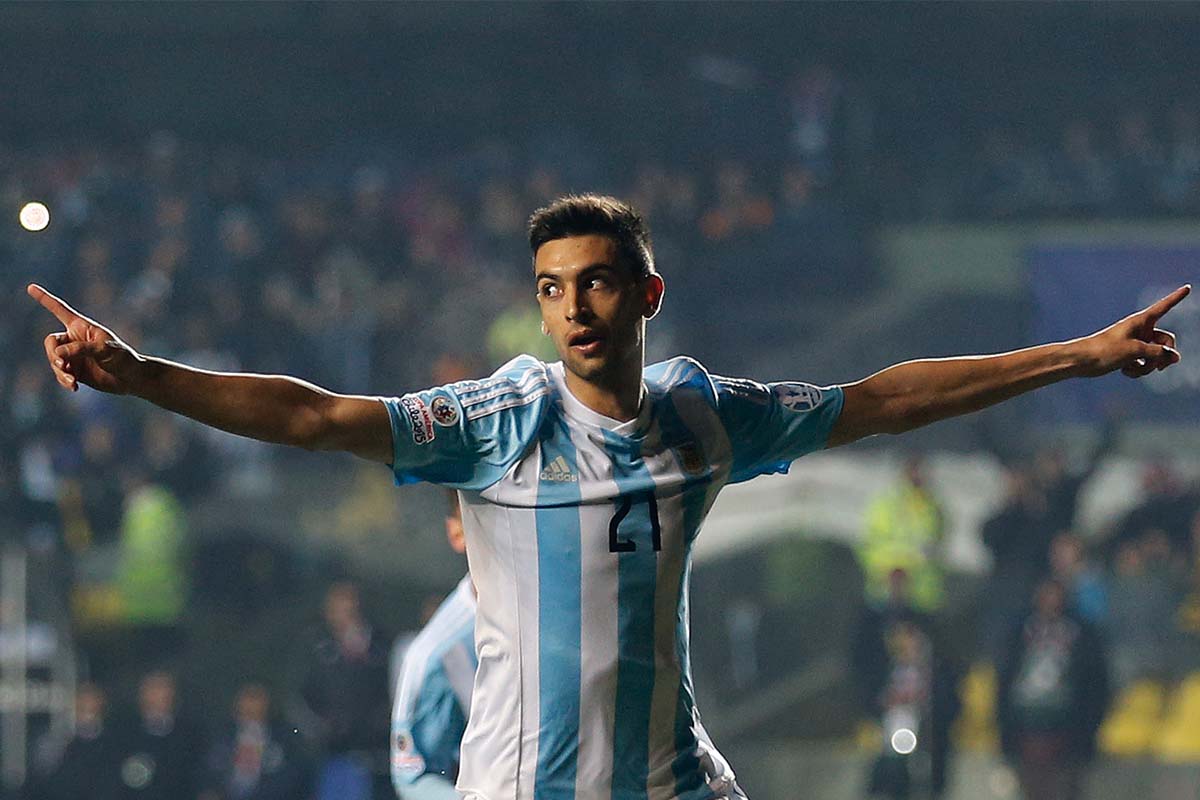 The authenticity score currently rests at 52/100 so there’s nothing concrete at the moment, and all Pastore wants is more playing time. Angel Di Maria is the man who has managed to take his spot at PSG, and he would face some competition at the Blues if he wanted to play in his favoured position in attacking midfield. Then again, the current crop in London haven’t exactly covered themselves with glory this term.

Fabregas has been misfiring at Chelsea after a difficult season so it makes sense not to rely on his talents next year with nothing in reserve. He’s shown his class in fits and spurts, but it would probably be a mistake to rely on him solely given that he fell away so abruptly after his stellar form when he rejoined the league.

Oscar has been linked with a move to Juventus and it would be a sorry end for the player once seen as the natural successor to Frank Lampard. He’s two years younger than Pastore, but Chelsea can’t afford to rest on their laurels any longer. Kevin De Bruyne is the same age, but their importance to their respective teams couldn’t be more different. A move might be necessary if he wants to kickstart his career again.

Then there’s the fact that Chelsea look unlikely to qualify for any form of European competition this year, which makes them a less attractive prospect for most players used to playing under the bright lights. Would Pastore be willing to forgo a season in the Champions League, and will the current squad be content to sit out from the tournament for at least a year? Would the promise of more playing time be enough?

Current rumblings suggest that Thibaut Courtois is the latest Chelsea player to be scouted recently by Real Madrid, but the club seem eager to hold on to their bigger stars as they look to recover from a terrible season.

If a move is on the cards for Pastore, London isn’t the only possible destination. The player has spoken about moving back to Italy in the past, and there are a host of clubs across the world who would be willing to make an offer. The player broke Ligue 1 transfer records when he signed for PSG in 2011 for a £30.5m fee, but the price would be affordable for Chelsea given that Antonio Conte is expected to be given a decent war chest to reshape the team.

After a season of disappointment, it makes sense to look to the future, and the possibility of a renewed challenge for the title. With or without Pastore, it’ll be down to Conte to get the most from his squad. Either way, they can’t afford a repeat of this season.

Make sure to check the index regularly to keep up to date with the latest rumours.